FinalKill917FinalKill9175
Btw, an admin should lock the post because the installer is still the same

Actually downloaded this for some reason, found alot of bugs:
1. Jumped right over the barrier 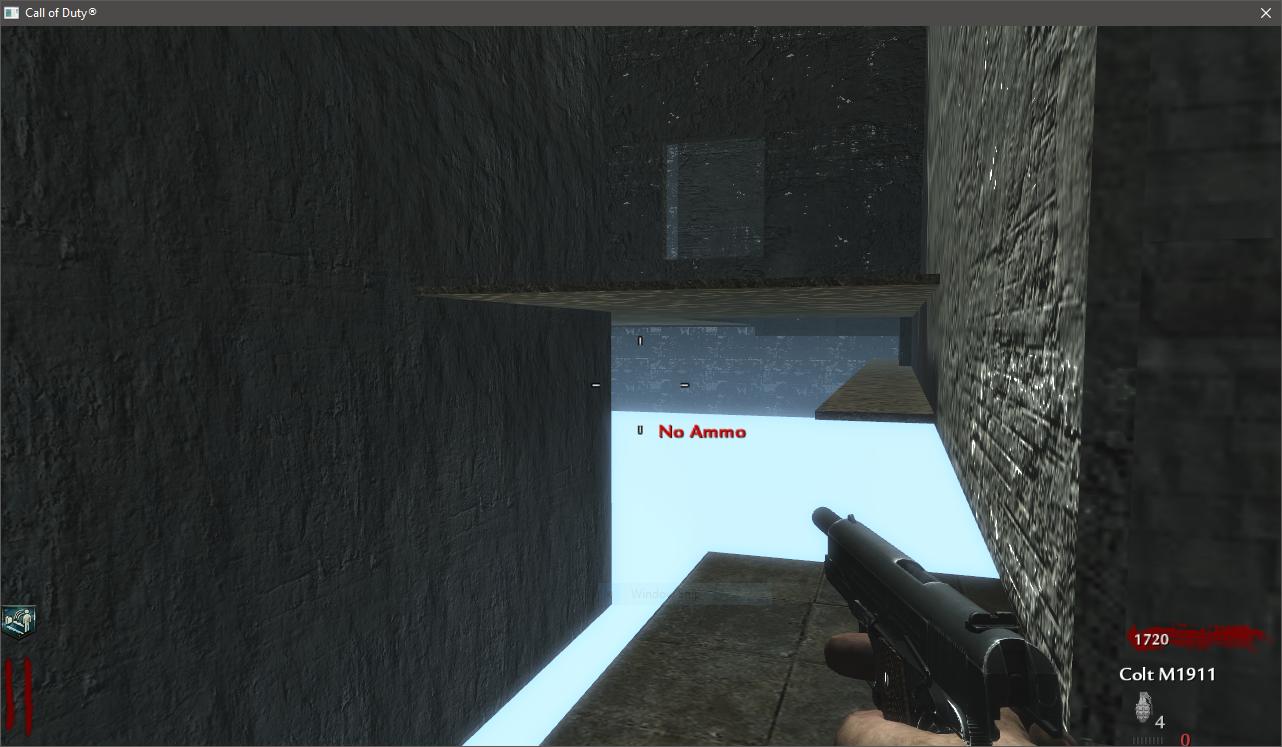 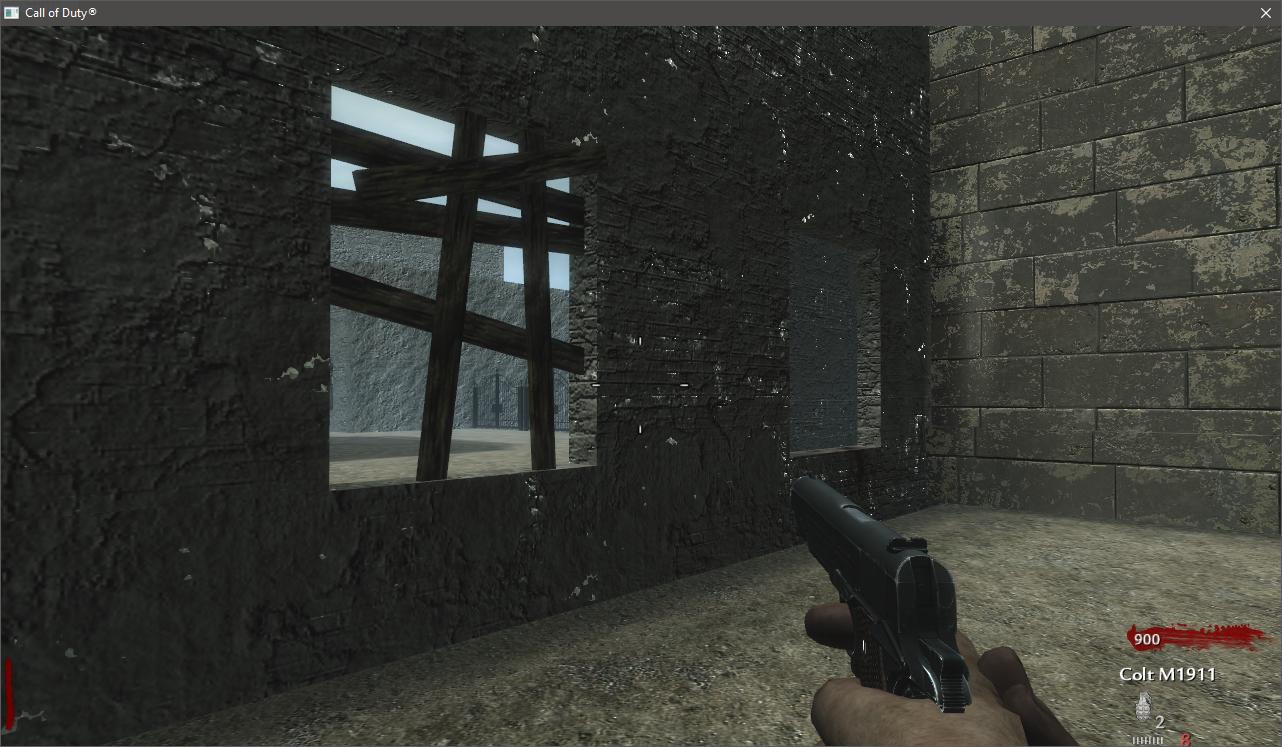 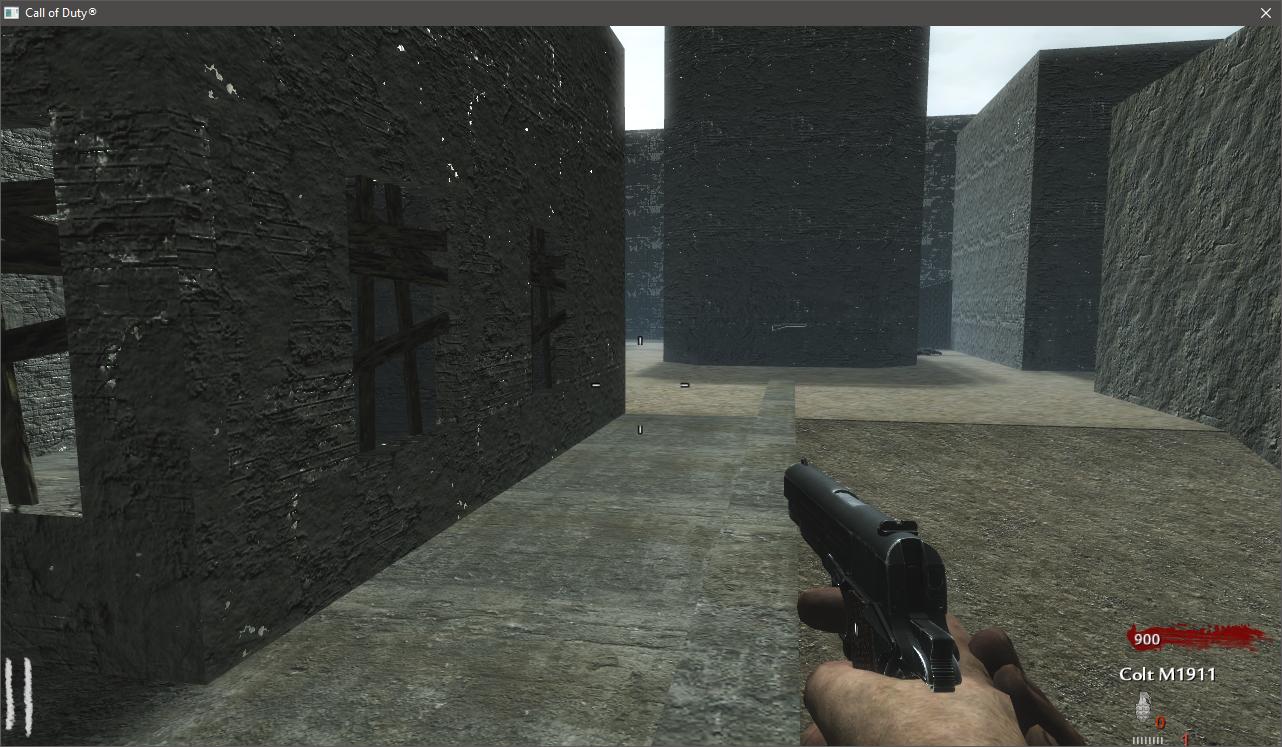 Gentleman_Kirby
I noticed a couple of things

When you stand in Window all zombies loose their pathing. Also allows access to where B site is with out paying for it which is messing with the Zombies as well making them pile up on the crate stack outside window

And finally Middle should really have 3 doors (one by CT spawn, Lower Tunnels and one infront of T spawn) because when I played it if I open CT or Lower Tunnels I can jump the wall into short bypassing the need to open the doors on Mid and A site

xTAMRx
I'll go on and say that my first map was of course not too great haha. I got some good things some bad, but we live and we learn. From seeing the video, I'd say yeah definitely take time on the textures and compare it to the original version if you're doing a remake type map. When you think all is good, make sure to thoroughly check out your map and see if all walls, barriers, pathing, any of that fits well and there isn't any spots where you can see outside the map or have any zombies stop in place and shake their heads. I've been working on music lately from zombie mapping, and it's like when mixing and mastering a song. You have the structure and everything layed out, but now is the time to polish and make sure everything works well (sounds well for the music case). Keep up with making maps! and one day you can do an updated remake of this that reeeeally stands out.

if you think that throwing a fit and defending you and your hard work are the same thing, then you must not value yourself very much. jobs for people like you include prostitution, experimental drug tester, or a drug dealer.

btw if all you do is go around online to make fun of someone for their literal first map, you may want to get a better life. All i want to do here is receive constructive feedback for my map so i know what to fix and do better. "the lack of original textures and models disturbs me" is not that constructive.

anything from now on that isnt constructive of positive will be ignored, you dont bother me

Listen man, you're handling this the wrong way entirely. The more you attempt to let people know how much you don't care about their opinions, the more likely it is that you do care. And don't try to compare being critical on the internet to prostitution (which isn't inherently bad lmao, neither are drugs), that's just immature.

I congratulate you on your first working map, I know how excited I was when I made a working mod too. But just because it works doesn't mean it's ready for release. Far too many people are confusing "first map" with "first release", they are very rarely the same. There is a lot to be improved upon in this map, and I think you probably should have held off on the release to continue improving it.

For example, I think you just have to take some inspiration from Treyarch's maps and custom maps like Dead Ship, Oil Rig, Project Contamination, Das Herrenhaus, Requiem, (to name a few) and of course the magnum opus of this community, Leviathan. Even some simpler 'first releases' set pretty good standards for others to follow, like Andromeda, Berlin Hell Hospital, or Dixmor Asylum. Your release just seems uninspired, like you've taken the basic layout of Dust II and called it a day.

Don't fret over it, just spend some time improving the map and adding some detail, lighting, and making it feel like Dust II.

as for the people who were not constructive with their criticism, you are retards who cant read. It states that this is the first version of this map, and i am working on updating the textures. i don't get offended by hate from retards because they Don't Know Any Better. anyway nice try, you couldn't get to me

just because you don't like the way i expressed my feelings towards your map doesn't mean it's not constructive. even though it's not constructive enough for you, i still think i can say it because i posted a freaking tutorial on how to port a map from source engine games WITH ITS MODELS AND TEXTURES (so in your words, i know better). so it shouldn't surprise you when someone like me points his finger to the elephant in the room. would you be ok with it if the pizza you ordered was delivered without the toppings? hell it would piss me the hell of if the delivery guy told me he's gonna deliver them in a couple of days because that's not how you deliver a pizza is it?

btw if all you do is go around online to make fun of someone for their literal first map, you may want to get a better life. All i want to do here is receive constructive feedback for my map so i know what to fix and do better. "the lack of original textures and models disturbs me" is not that constructive.

anything from now on that isnt constructive of positive will be ignored, you dont bother me

if i had a nickel everytime someone called me a faggot on the internet, i'd be rich enough to buy activision. if you're gonna keep releasing half assed stuff, you shouldn't be surprised when someone criticizes it in a not-so-constuctive way. and no. nobody's trying to bother you. if you wanna see people bothering other mappers, check the release topics of box maps. compared to those, we can even go far as to say we're trying to flirt with you.

Date Registered: 20 June 2014
Last active: 21 days ago
Posts
768
Respect
16Add +1
Forum Rank
The Decider
Primary Group
Member
Behold the power of Mirror Force
The greatest failure is not to try and fail, but is to fail without trying.
×
Ramiabdh's Groups
Ramiabdh's Contact & Social Links
This is somehow becoming a routine, but people will never learn and will always repeat themselves lmao.

Next time, please make sure you meet all of the requirements in this topic: http://ugx-mods.com/forum/index.php/topic,1173.0.html
Please re-upload your map using the UGX installer within a timely fashion!

Have you done this already and just not updated the map topic?

jzkittyjzkitty115Official Website
Thank you !!! I played it and loved it because Mule Kick works! And it has nice open areas to run, that is always much appreciated /^.^)/

whateverburp
I liked the map a lot. The only downsides are how fast the zombies spawn and whenever you go on the hill side of power with dogs, it breaks their AI and they dont go agro until you go like 5 inches away


1, dog spawns invisible
2, improper clipped windows
3, zombies climb over invisible barrier?
4, whats with the massive gaps? where the gates are
5, a tad bit boreing on earlier rounds but gets more action in later rounds

Date Registered: 20 June 2015
Last active: 926 days ago
Posts
7
Respect
10Add +1
Forum Rank
Legless Crawler
Primary Group
Member
×
cameron597's Groups
cameron597's Contact & Social LinksT0a57UC8r_7nG3QYUMGhEEeoEMsDg
Thank you everyone for the feedback. The next version i will fix stuff that was properly addressed by people. (btw constructive criticism means including both one good and one bad thing about the map, but thanks anyway for the people who didn't straight up say "this map is terrible")

and rorke im sorry i didn't pick the music it was my friends choice, i picked only johnny tarr and hey now your a keemstar

Date Registered: 26 May 2016
Last active: 942 days ago
Posts
1
Respect
0Add +1
Forum Rank
Fresh Corpse
Primary Group
Member
×
the1blackking's Groups
the1blackking's Contact & Social Links
So i played this map it was a bit fun with the wall M1 GRAND but i hit round 5 and then this is what i noticed the hounds are glitchy they dont move they dont even appear i just hear the sound but there is no hounds needs alots of work in my opinion