In the map exist one bug with death machines, when you have a death machine and you buy a gun, the gun put in your inventory, and create a rare mule kick, if you do this glitch you can get 10 guns or more.

and your map is really good, and hard, i like it

Thank you. Yes, I haven't had time to fix it. sorry!! play my new map! Helltower! regards!
2

HellTower ( Tower Map In The Space ) in Map Releases

kielrgz
User
Date Registered: N/A
Last active: N/A
Posts
N/A
Respect
0
Primary Group
Member
×
kielrgz's Groups
kielrgz's Contact & Social Links
Last post by kielrgz - 12 hours ago
Hi all! Before starting to download the map, I would like you to read what I put next. It is the info of what my map brings and some bug reports so that later they do not tell me not to warn hehehe.

First of all the bugs:

-When walking in the corners they will have a wall that blocks them which prevents both players and zombies from falling from the tower.

-The Gersh Device also works as a teleport jumping from the middle, but it will always take you to the beginning. not in ramdom zones. I did that because honestly I was lazy to test each floor to see if the teleports were within the range of the purchased area. I still do to kill the zombies it works too well hehe.

-There is no monkey granda on the map, which is why it doesn't have it? It is because I do not know that I sincerely touch that there was a time when the zombies did not go for it when I threw the grenade, it made me halfway to the rocket that was on my map if it did not have a function to fulfill. (reason why I replaced it with the ascension gersh)

-The affordable end will surely ask you for 1 more round ... and 45 thousand points.

-When they die or finish the map, the music may be repeated at the same time 2 times, the solution was quite easy but honestly, with my headaches due to lack of wearing glasses, it did not bother me to adjust it.

Some images and the link below: 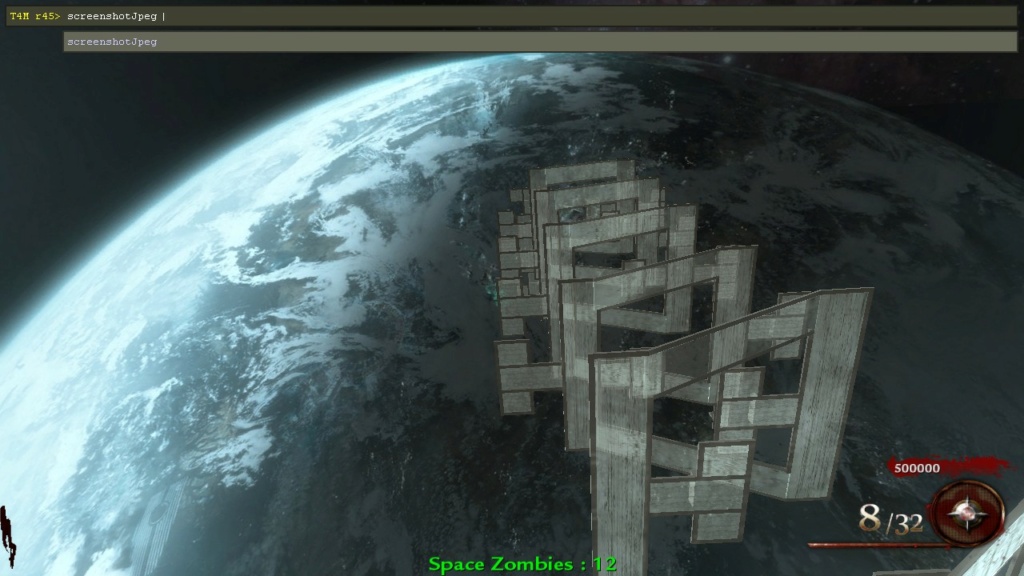 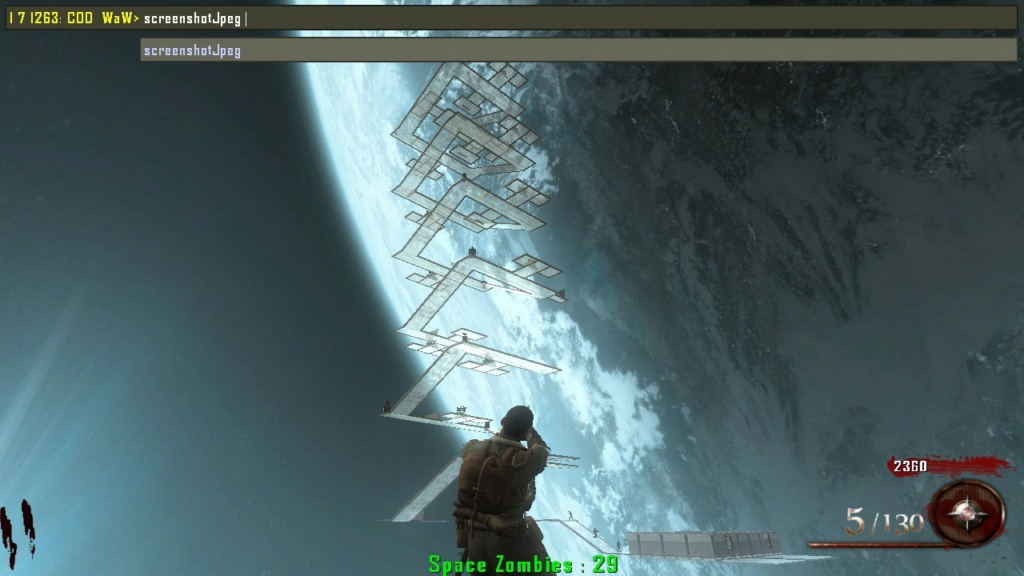 Re: zm_majo remastered [W.I.P.] in Zombie Maps in Progress

Pappinator97
User
Date Registered: N/A
Last active: N/A
Posts
N/A
Respect
0
Primary Group
Member
×
Pappinator97's Groups
Pappinator97's Contact & Social Links
Last post by Pappinator97 - 2 days ago
Long time no see, UGX mod forum! Unluckily I don't have a lot of time to work on this anymore, but my map is still going forward despite some delays here and there. I played a little bit with the lights since the first results were way too darker. The map is finally playable and I just need to decorate some areas to finish it.
Oh, I also miss the easter egg too which will be a pain in the ass for sure.
I don't know when I will publish this, so enjoy these screenshots while waiting! Any positive criticism is welcomed! 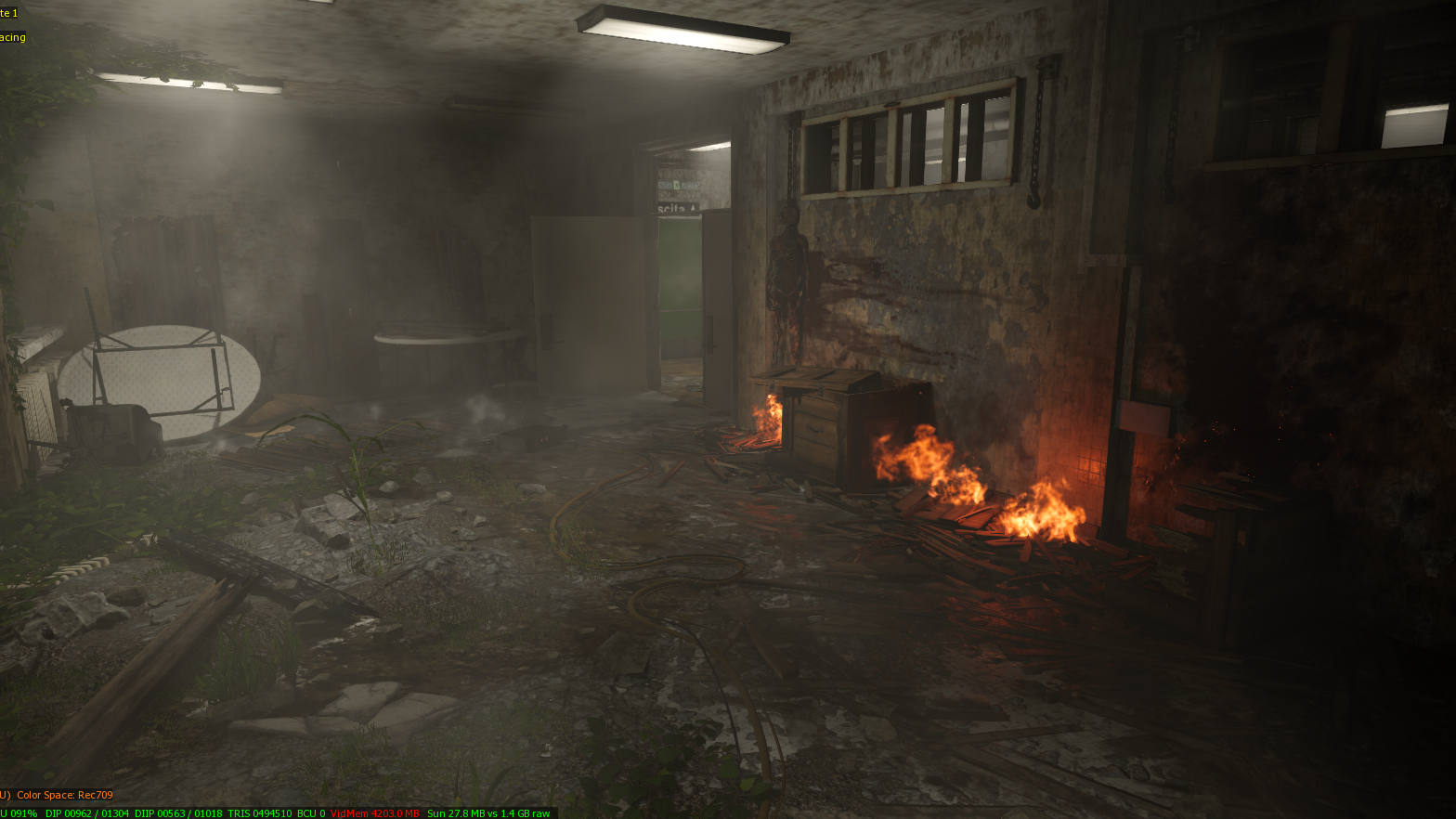 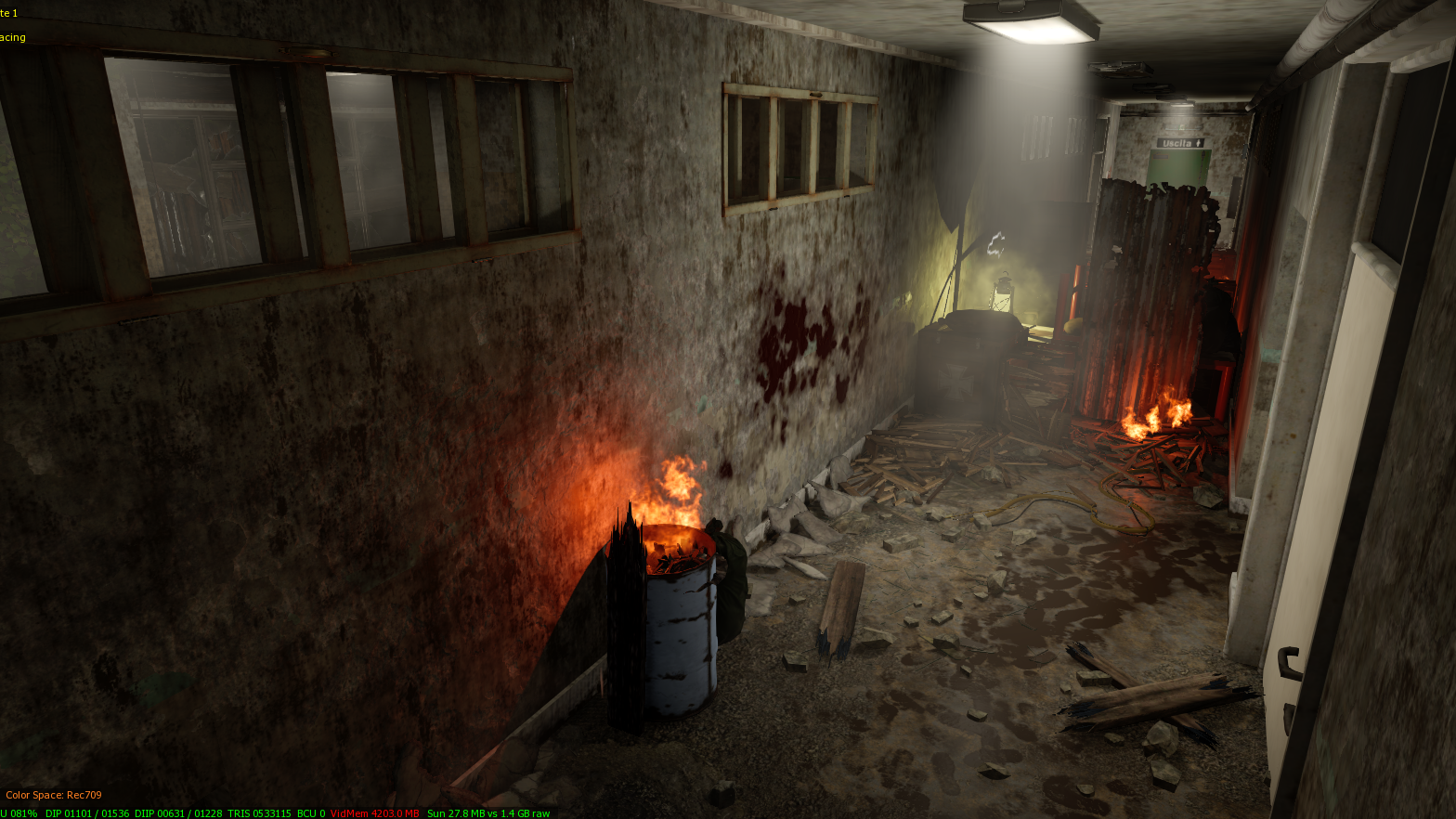 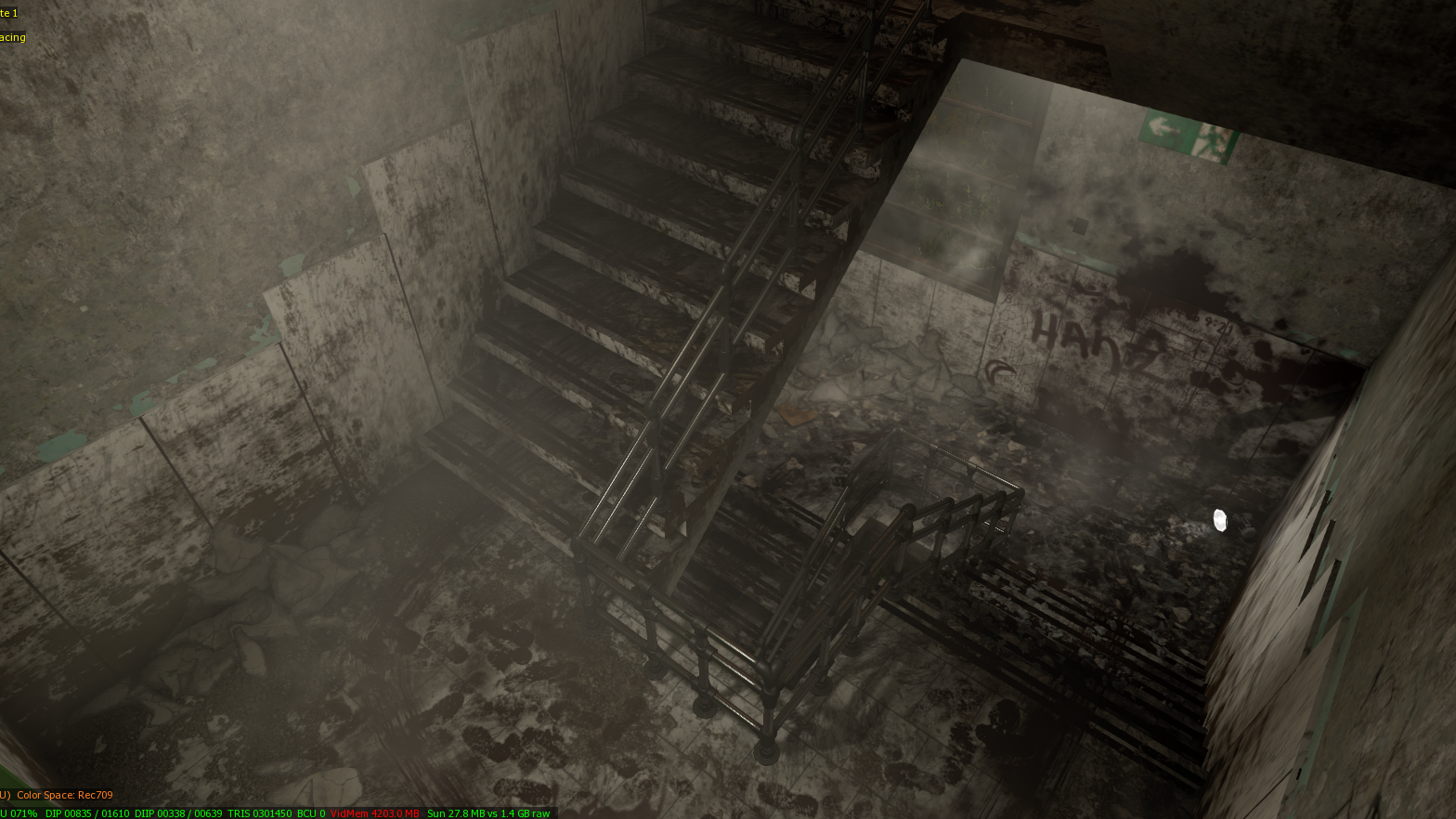 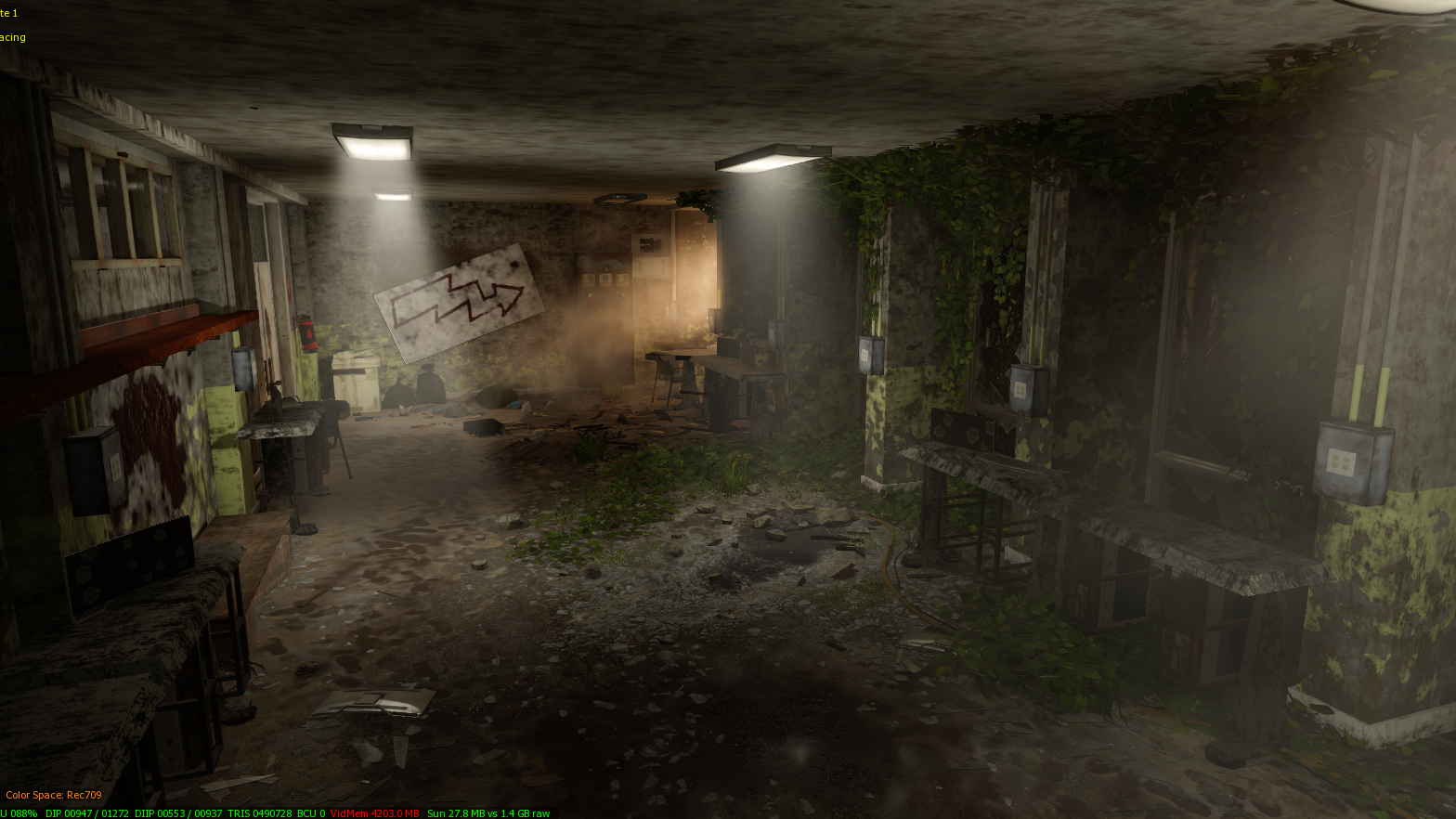 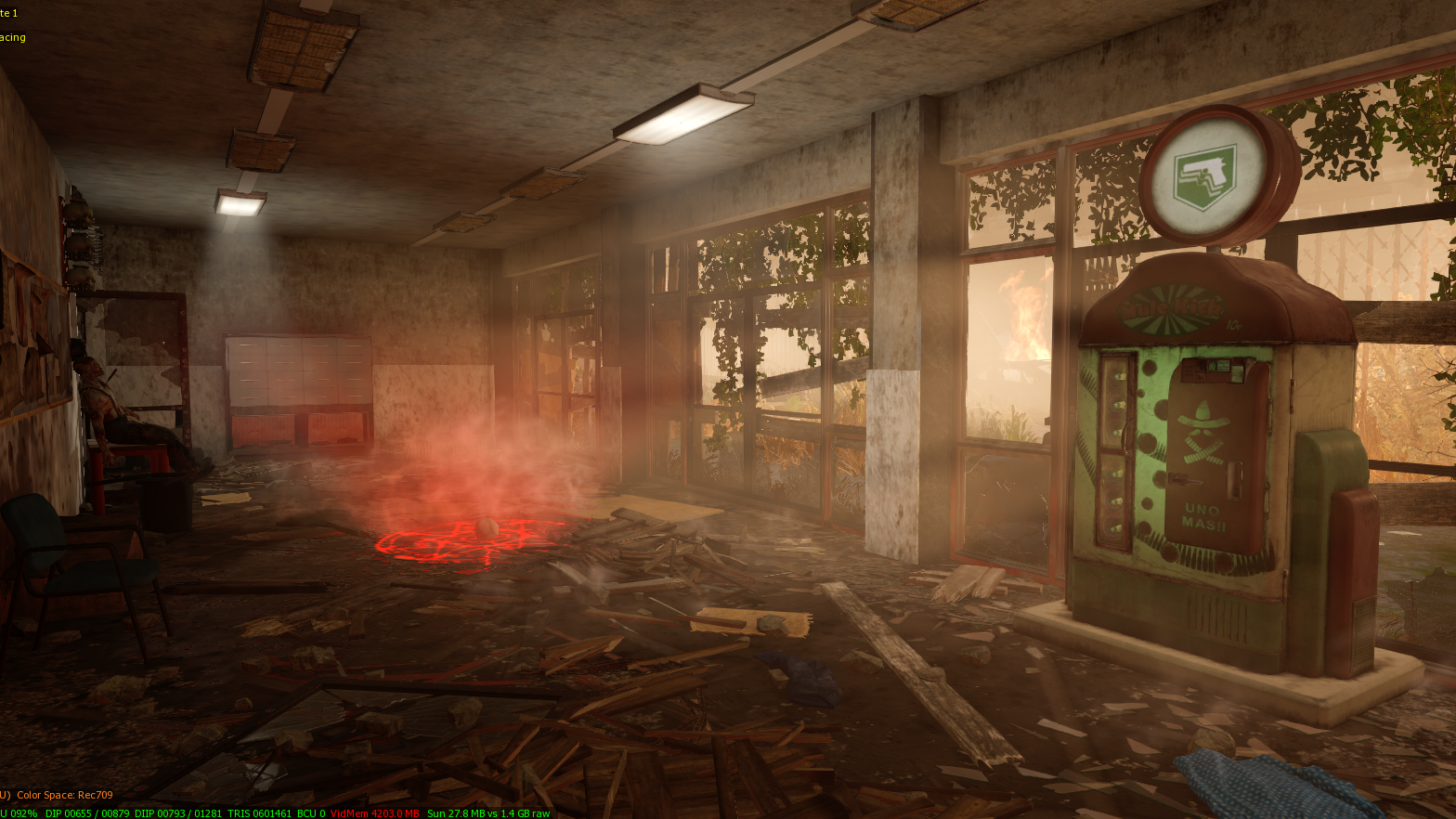 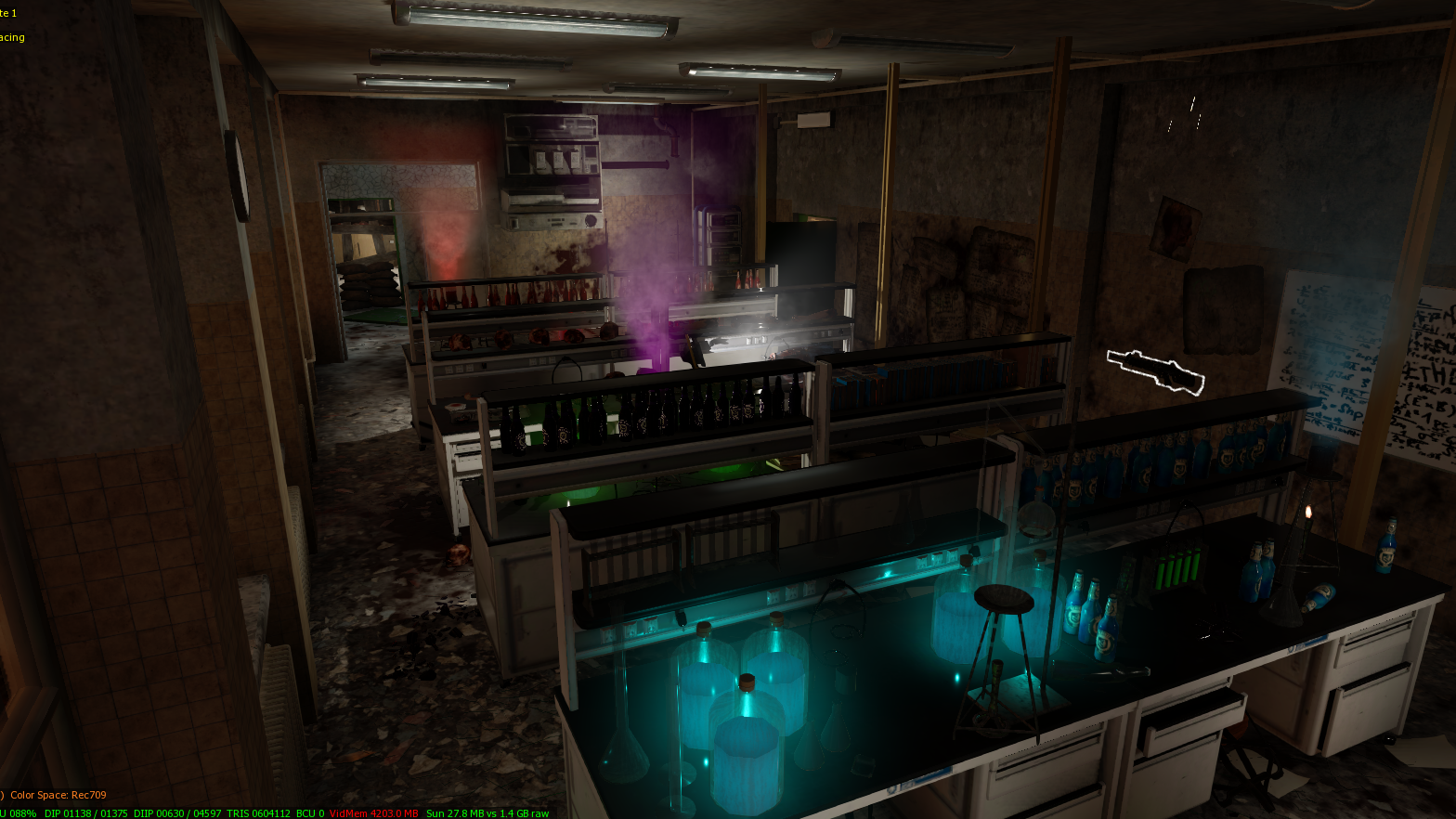 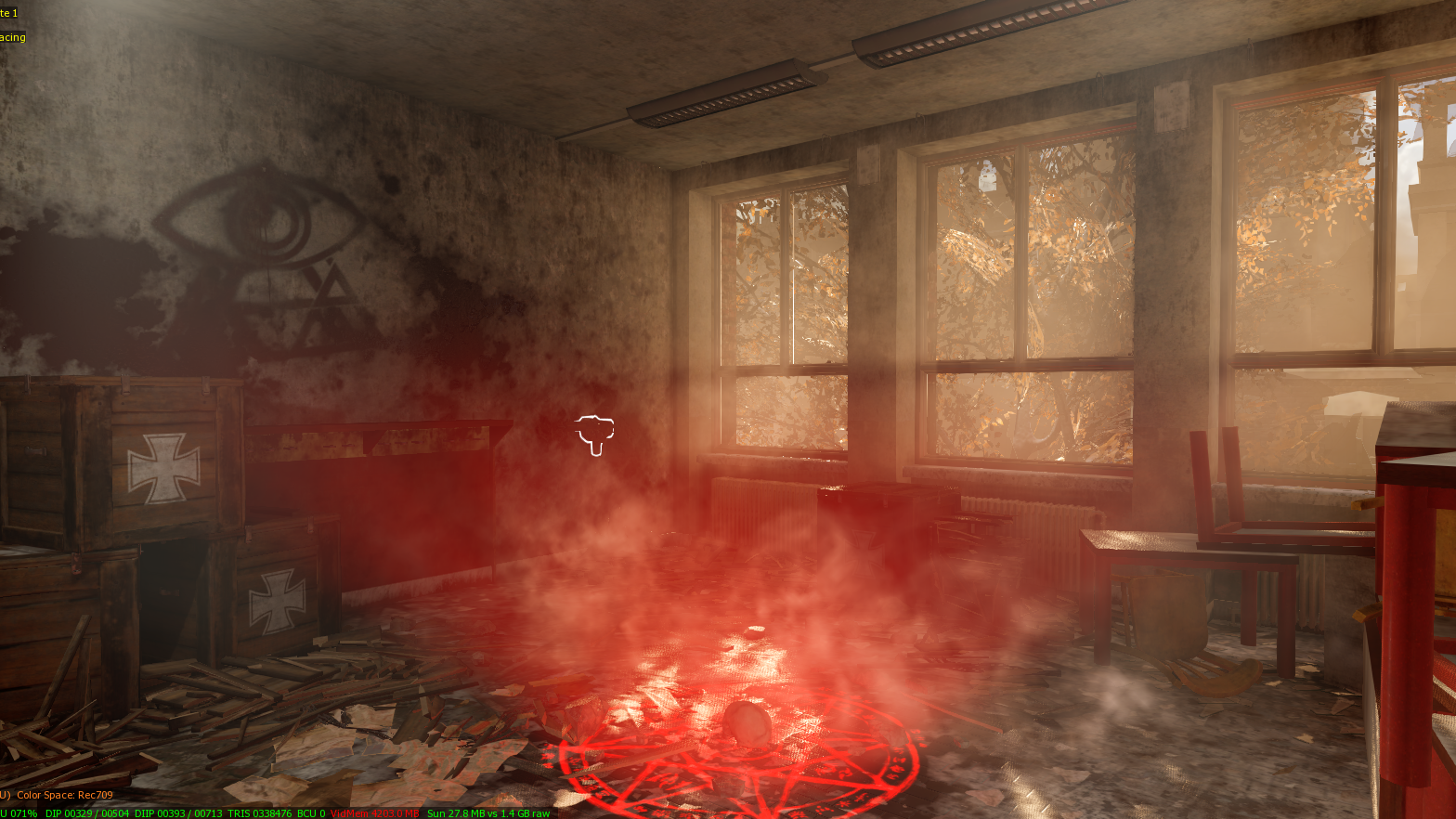 Credits:
shippuden1592 / Script
psulions45 / fx´s & models
Settings
These variables can be modified:
napalm_first_round -> Initial round of spawn
napalm_rnd_max -> Maximum interval between respawn
napalm_rnd_min -> Minimum interval between respawn
napalm_health_multiplier -> Multiply life
napalm_explode_kill_radius_jugs -> Players inside this radius with jug will die
napalm_explode_kill_radius -> Players inside this radius without jug will die
How to install
In your _zombiemode.gsc below:
Add this:
In your generic_human.atr search this:
And below add this:
Note. Remember to check that you do not already have xanims added
Add this to your mod.csv

Crepp115#8456
User
Date Registered: N/A
Last active: N/A
Posts
N/A
Respect
0
Primary Group
Member
×
Crepp115#8456's Groups
Crepp115#8456's Contact & Social Links
Last post by Crepp115#8456 - 2 days ago
This time I bring you an inverted tower where the purpose is to lower this map, it also has bugs when restarting the level I recommend you always start the map from the menu I hope you enjoy my tower as I enjoy doing it

This map contains perks from bo2 and 3, weapons from the cod iw special weapons, zombie napal and brutus, zombie counter, ending and the zombies run from round 1 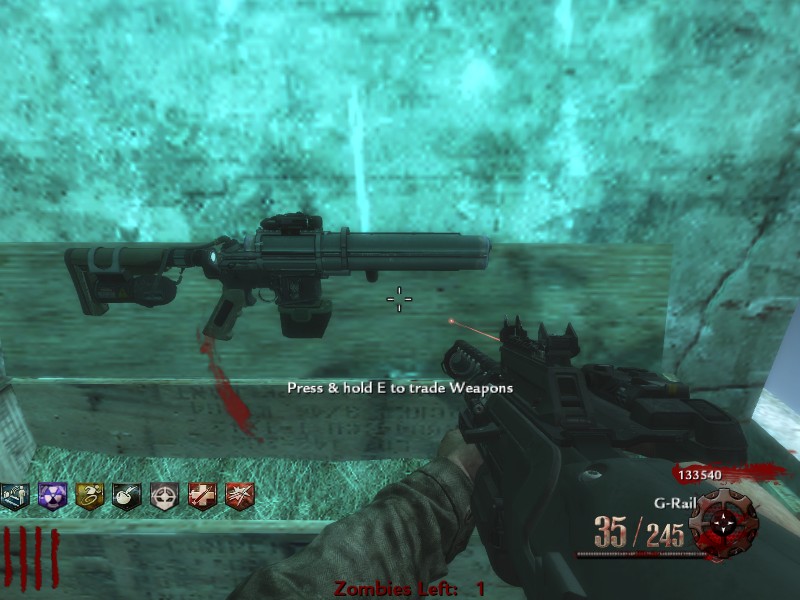 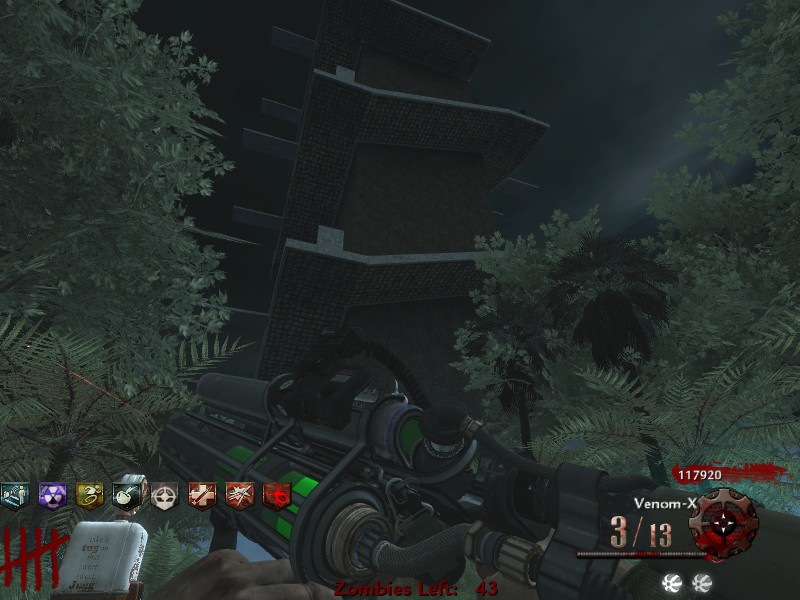 If you see my map in any video, you could pass it to me. I want to see how people pass my maps.
Greetings.

It used to happen mostly when using the mystery box, but now it seems to happen randomly. Can't find a trigger for this error.
We have never made it to round 20 before this error happens. And it only happens to me, except 1 rare time it did happen to my friend.


Attempted Fixes:
I tried changing the system virtual memory paging size. I set the initial size to 4096MB and the Max size to 16000MB.
I realized now in checking my specs that i only have 15GB of RAM so I will lower the Max paging size, but I doubt this will solve it.
This error was popping up before I ever touched the windows system virtual memory settings.

Also tried running the game in windowed mode since it didnt seem to like when I Alt-Tabbed out too many times.

None of the above have been successful.


Any suggestions would be appreciated. Let me know if more info is needed...

Hey man, I really like these changes, would you consider adding mule kick to make it more like black ops? Or maybe just make a seperate map with your fixes plus mule kick?
Would be much appreciated

No I don't feel like adding Mule kick to this mod as I want to stick closely to WaW gameplay. U can still do a 3 gun glitch pretty easily

is there a download link anywhere? i will bug test for you

Not yet, haven't worked on this since the last update but one day. Current issues incase anyone reads this and knows how to help:

For balance reasons, I made them all have 100% identical stats to the colt, so it's purely just a visual thing (because it's cool). As for PaP variants, same thing, but they will get unique funny PaP names which you'll have to wait and see.

Planned Features (Excluding fixing bugs)
- Need PaP camos for the 3 new pistols still
- Need to keep working on Double Tap 2.0, I don't want it to be too OP
- When down with Solo Quick Revives, zombies need to run away from you
- Type 99 needs working sounds & PaP camo
- Flamethrower needs some work on ADS bug and want to make it so cooldown resets on max ammo

And that's it, then I will release. each of these things aren't too hard, but combined with fixing bugs it's still a lot of work for me. Just know, the mod ain't dead. Us WaW fans have been here a while so I'm sure any of you following this thread can wait a while longer
8

Re: Zombie Castle in Map Releases

no jug, quick revive that's useless on solo, 2 small rooms that you can't train in and you only get a bolt action? and you don't even put in double tap to help speed up the bolt action at least? how is this map even fair??

This lad asking the real questions out 'ere
10 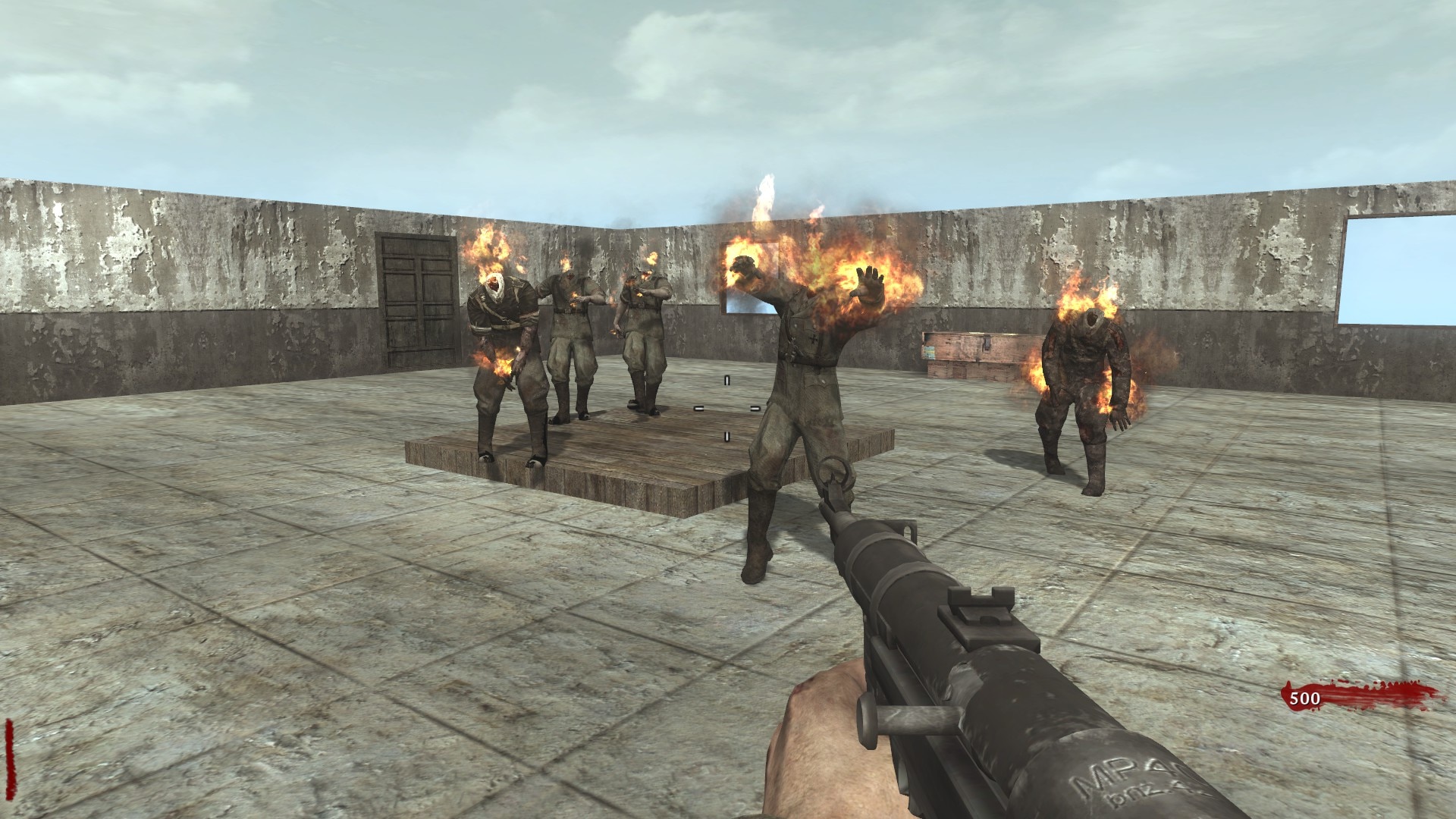 1. copy the following files from raw/maps folder into your mod:
_zombiemode
_zombiemode_spawner
(If you already have those files you don't need to copy them)