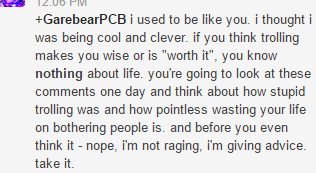 Hello peoples. I noticed that the next Call of Duty looks very diverse from the previous ones. Some of the changes look good. and some of the changes look.. well.. weird. I'm going to go over a few things. Some facts and some purely opinion. Tell me what you think in the comments!
Singleplayer
The singleplayer campaign is supposed to be set in the far future where the largest PMC army, Atlas, tries to take over (US?). It seems cool, but also a bit cheesy. It could be great if executed correctly, but as of now, we don't know.

Multiplayer
Multiplayer has changed dramatically with the new "exoskeleton." It allows you to jump higher, run faster, and many other abilities like dashing as seen in "Robot unicorn attack"

. In my opinion multiplayer looks great and I think this new feature will refresh the Call of Duty experience. I did NOT like the multiplayer trailer, but IGN did a better job by just showing straight-up gameplay. You can watch it here:
https://www.youtube.com/watch?v=lSB2Y3jgdv0

COOP?
Co-op has not yet been confirmed, but I really hope they bring back special ops from mw2 (mw3 special ops sucked

) What do you think they will do when it comes to co-op?

OP Bundle
If you are considering to pre-order the game, I highly recommend pre-ordering the "Day Zero" Version. It comes with all of the ingame content from the advanced arsenal pack (laser gun thing, atlas pistol, and atlas exoskeleton) AND a crossbow thingy and a futuristic model of an AK type rifle. Also, you get to buy the game a day early and you get 2x xp that day so you can get a headstart before the peasants get the game ^^ BEST OF ALL? its still only $59.99. I don't know why they'd do this, but hey, they got me to pre-order it. Otherwise, I would've just bought it the day of like any other guy. Here is a link to the xbox one day zero edition on best buy: http://www.bestbuy.com/site/call-of-duty-advanced-warfare-day-zero-edition-xbox-one/6389151.p?id=1219211221877&skuId=6389151

Graphics
[WARNING, THIS MAY UPSET BATTLEFIELD FANBOYS] note that I said "fanboys". Not battlefield players. I am just as excited for hardline as I am AW. In my opinion, graphics are the least important thing about a game. That's why this is at the bottom, but ever since the 8th generation of gaming had emerged, graphics are the ONLY thing that matters according to all of the 8th gen newbies. However, I think that this game has both the fun gameplay and the great looks. AW might've even beaten frostbite three if you compare the two gameplays below:
https://www.youtube.com/watch?v=r66PFe_BeGs&list=UU9YydG57epLqxA9cTzZXSeQ
https://www.youtube.com/watch?v=kk34yU1BGiU&list=UUvNBXWGykQrWb7kPAn5eLUQ

have you played it?

Dramamine
Personally, I'm really looking forward to this game. I think the game is actually bringing in some new and fun ideas.

I know some people are whining about them "copying" Destiny with the jet-pack, or even Titanfall. I don't personally see what their complaints are about. This is a welcome addition to the game for me. It's something new and fresh.

I can understand why some people don't like the exosuit. Change is scary, especially for a long-standing franchise.

Personally, I just see the community for CoD as the biggest ball of garbage out there. I'm glad Treyarch/IW/Sledgehammer aren't listing to us wholly. They're taking our ideas of course, but they're not letting us run their game, which is what a lot of the community seems to want.

CoD isn't anywhere near as bad as people say it is. I'll admit, Ghosts wasn't great. People jump on the bandwagon too fast, and just assume because one game was bad, they'll all be bad. Sledgehammer is really trying their damnedest to bring us the CoD we deserve, and I'm sick and tired of seeing people constantly whining about CoD being a dead series.

Advanced Warfare looks great, I hope it's great. I feel sorry for the hardworking developers of these games. They constantly have to look at us, their asinine community. We want change, but we hate what change we get. We don't want change, and we get pissed when there's no change. "We want CoD 4, we want World War 2." World War 2 is the least interesting war, and it's been overplayed to hell. The community doesn't know what it wants. We'll all whine and complain until the next flashy game gets released, play it, love it, then start crying in a few months while we wait for the next game. The community needs to get bent.

While Sledgehammer, or any of the other developers won't ever see this, I just want to say: Fix what needs to be fixed, but don't ever give in to us. The CoD community is probably the worst gaming community in existence.

I digress. I do apologize if this seemed harsh at all, or it if went slightly off topic. From what I've seen of AW, I'm excited. I really think this will get the series on track, and show that you can innovate a long-standing series. Not much is "truly" innovative these days; but taking ideas that exist and expanding and changing them is what will really show what you're capable of.

Anyways, what do I know? This is just the idiotic rambling of a cynical, misanthropic man.

I look at the images, videos and I see Sledgehammer just copied every game around.

No exo playlist do you say? Well, it will be like playing titanfall without titans. Have you played titanfall? Then you know how sucks it is without titan. And of course like thermal scopes, target finders, broken camera angles, broken shotgun run-animes and quick scopers weren't enough; in 2050's futuristic CoD I believe there will be ton of advanced bullsh.t. Just wait and see. What also matter is how SHG going to cope with hackers. Will they just turn their back just like IW or are they going to be smart and follow 3arcs way? I don't know that part untill we start playing MP.
CoD SP is never bad, I'was talking about MP experience, which is what I care. Campaign is not co op -which is also another disappointment in the year of 2014 ffs- SP is just play it and toss it thing. No value in it once you play it imo. Yeah yeah we get it, SHG made an 2 hours longer campaign than the previous titles. Wow what a big deal. What an innovation. They brought Kevin Spacey? Wow what a big deal. Gary Oldman, Jason Statham, Ice Cube excuses you (and others whom I forgot their names).

Now the co op mode is also revealed, it just feels empty. IW has got aliens, 3arc got zombies going on and it feels like SHG was so busy doing their best to make SP and MP it's like they forgot side mode. Instead they just copied Survival mode from Mw3. Wow so innovation, much new thing for the frenchise.

Activision doesn't want us to stick to same CoD game for years. No, they want us to move on to new CoD each year. How did that work with Ghosts? 2014 is almost done and still Blops2, Mw3 and even Mw2 has more online player than Ghosts on Steam. Fact. Only CoD I din't buy so far is Ghosts and I hope to enjoy Advanced Warfare despite the look.
Last Edit: September 30, 2014, 03:18:18 pm by e0894ed4

DB-Zen
If there is no additional "hidden" game-mode, then AW will be the first Call of Duth title I have not purchased in some time.

Don't get me wrong, it's not that it looks bad or anything,  but I am completely burnt out with MP. Despite their best attempts at being innovative, it's still the same premise deep down as it was in CoD 4. At least IW tried to be adventurous with Ghosts... adding things like the Michael Myers/Predator kill streak features and also the narrator packs but it couldn't hide the fact that the premise is tired now.

It has been said many times before, but Call of Duty needs a break. Maybe a year or two so they can reinvent it. Alas, that won't happen because it makes far too much money, and this new 3 year cycle confirms an annual CoD for the foreseeable future.

Still... I have heard interesting things about what the 2015 CoD storyline will entail, and if true then it will be a MASSIVE change of direction for the franchise.

×
arceus's Groups
arceus's Contact & Social LinksarceusNT
honestly i believe that the new 3 year cycle is better over all for fans and the companies that produce the games. i think this because it gives the developers more time to produce a overall better game and add new features that make the game more interesting over all and keeps it from becoming stale. Although i will have to wait another year to play the next treyarch game i feel that its better for the community. i personally will be getting AW cause i still feel there is another game mode and i like mp aswell, i feel that this is going to be a unique tittle to the cod series.

http://winpic.co/37gbe3f857f85.gif
×
MechromancerX's Groups
MechromancerX's Contact & Social Links
Looks good, i'm only surprised how so many people still gonna buy the new cod after the 10th generation or so

don't you get bored playing it? Atleast, i did and i switched to other games like borderlands. It kinda gives me that Iphone feeling

Looks good, i'm only surprised how so many people still gonna buy the new cod after the 10th generation or so

don't you get bored playing it? Atleast, i did and i switched to other games like borderlands. It kinda gives me that Iphone feeling

i think thats the problem, theres way too many cod games. games like crysis or battlefield(before bf3) took some time before releasing a game, not necesarilly working more time meanwhile, but it made every little change something awsome, not like now we get that they drown the game with features and even like that the game is nothing special.
looking back at zombies, natch der untoten was kinda miserable talking about features but everyone had fun to death in that map.

Guilhermex12UGX-Mods
I excited to this! Pre-Oder Confirmed, i loved the innovate, all fans have been asking for a new Experience cod, then, SledgHammer bring then, but, people dont liked, ah, sorry, but:
FUCK YOU

If you dont liked go play BF, people never played AW and are saying that is bullshit,
shit fans.

PS: Sorry for my language, i'm not a English

Date Registered: 20 June 2014
Last active: 5 months ago
Posts
768
Respect
16Add +1
Forum Rank
The Decider
Primary Group
Member
Behold the power of Mirror Force
The greatest failure is not to try and fail, but is to fail without trying.
×
Ramiabdh's Groups
Ramiabdh's Contact & Social Links
I said this before, and I will say it again, once zombies have been removed from the game it becomes pretty a stock game, even with graphics, features, guns, and bla bla. now compared to BF, well yes this is much better in terms of features, I mean after all, who wants the same ideas to be repeated over and over again!
1
2 ❱
Loading ...
New version available!
All running pages of UGX-Mods need to be reloaded for your best experience. Be sure that you finish all your work before updating!