Created 2499 days ago
by RamboBadass

-Linus Torvalds
×
daedra descent's Groups
daedra descent's Contact & Social LinksBlueSoviet
Well i didn't find anything gamebreaking yet(didn't make it far), but i noticed that your HK21's name needs changed and its damage is ridiculously low - i put an entire clip into a zombie and he didn't die. I also think that since you pay 3000 points, it should have atleast 300 reserve ammo.

I don't know if it was intentional but you can't buy the Thompson in the second area, unless thats unlocked in an EE later or something.

EDIT: hope you fix the issues soon. I don't know how, but World at war somehow can't find scripts even though the map was working not even 5 minutes ago.

dust103194MrZ0mbiesFanatic
Sorry I wasnt able to beta test the map, been busy the past few days to do anything, but i will definitely play this release and give you some feedback RamboDaGreat
all the added weapons will be fixed as well. thank you I did not notice that

all the added weapons will be fixed as well. thank you I did not notice that

Well i played until round 12 or so and i have to say, this map is WAY to hard in my opinion. No matter where i went zombies are either spawning infront of me, behind, or on the sides of you which wouldn't normally be a bad thing if it wasn't for the fact that it happens instantly. I suppose it would have would helped if i had jug but i couldn't figure out where the last power switch was & there was no indication on how many there was or where there at so i was kinda screwed.

Somethings i noticed too. They aren't in anyway major but i thought i should point them out anyway: 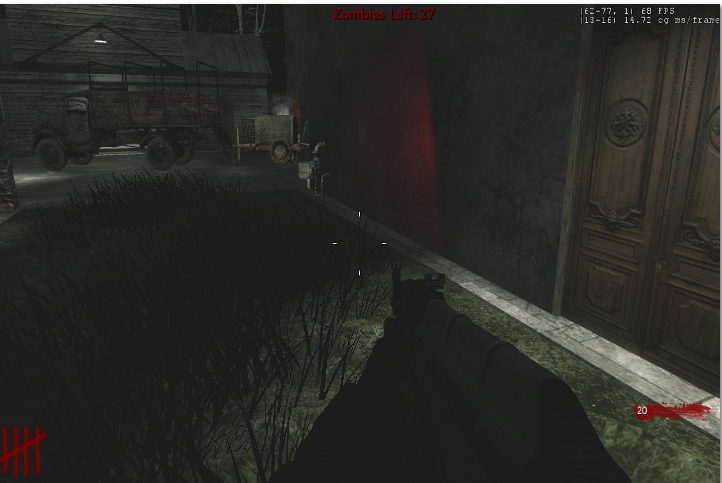 The music box has an issue with its hintstring if working at all: Some personal suggestions:
Increase spawn delay
decrease the AK47's damage a little, also make the name AK47 instead of Ak47.
increase famas, and honeybadger damage a little
add a counter that shows how many power switches are left to activate

RamboDaGreat
well I fixed everything and the jukebox but I have a problem ....


I donno what to do Iv removed a gun and a few tags ... donno why I get this now was fine earlier

Eh?
[You are not allowed to view external links. Register or Login to see them]
(Click to enter portfolio)
×
SajeOne's Groups
SajeOne's Contact & Social LinksSajeOneSajeOneSajeOneseoePortfolio
Quote from: rambobada555555 on March 25, 2014, 04:58:13 am


I donno what to do Iv removed a gun and a few tags ... donno why I get this now was fine earlier

Remove the notetracks from the hidetags section of the weapon file.

I played this map for about 20 minutes with tomikaze and we quickly became too frustrated with it to continue.

I own the hat!

Thank you for sharing 热爱cod的基友屌丝们QQ群145471670

As for the other issues, well, I personally liked the soul chest locations, In fact I'm more the one to blame on that since I said to him that the locations are good , It's challenging but doable (Tip: We found that going for the more difficult locations first then moving to the more open ones is the best way. Completed it numerous times)

I won't say any more on the matter but I will say that for a first map I think he's done really well.

Don't let the problems repel you from mapping, Issues and Bugs are just a part of the process.
(He did have beta testers but most were a let down and never either tested or responded)

imreigningimreigning
Maps really fun but i would like to see something to tie the map color scheme and sky together like really low opacity green fog just above your head.

p0tz001
Glad to hear it Rambo...Patiently wating in the forum

where is the dl link