Created 1775 days ago
by NateTheGreat987

CapFlareGun
Hello everybody! I am back making another map! This time it will be better. This map is a collaborative effort between Forest_Druid and I. This map is based on the BYOND game Space Station 13. Forest_Druid and I are super big fans of this map. Please keep in mind that most of these textures are still in the works and may be improved or changed in the future. 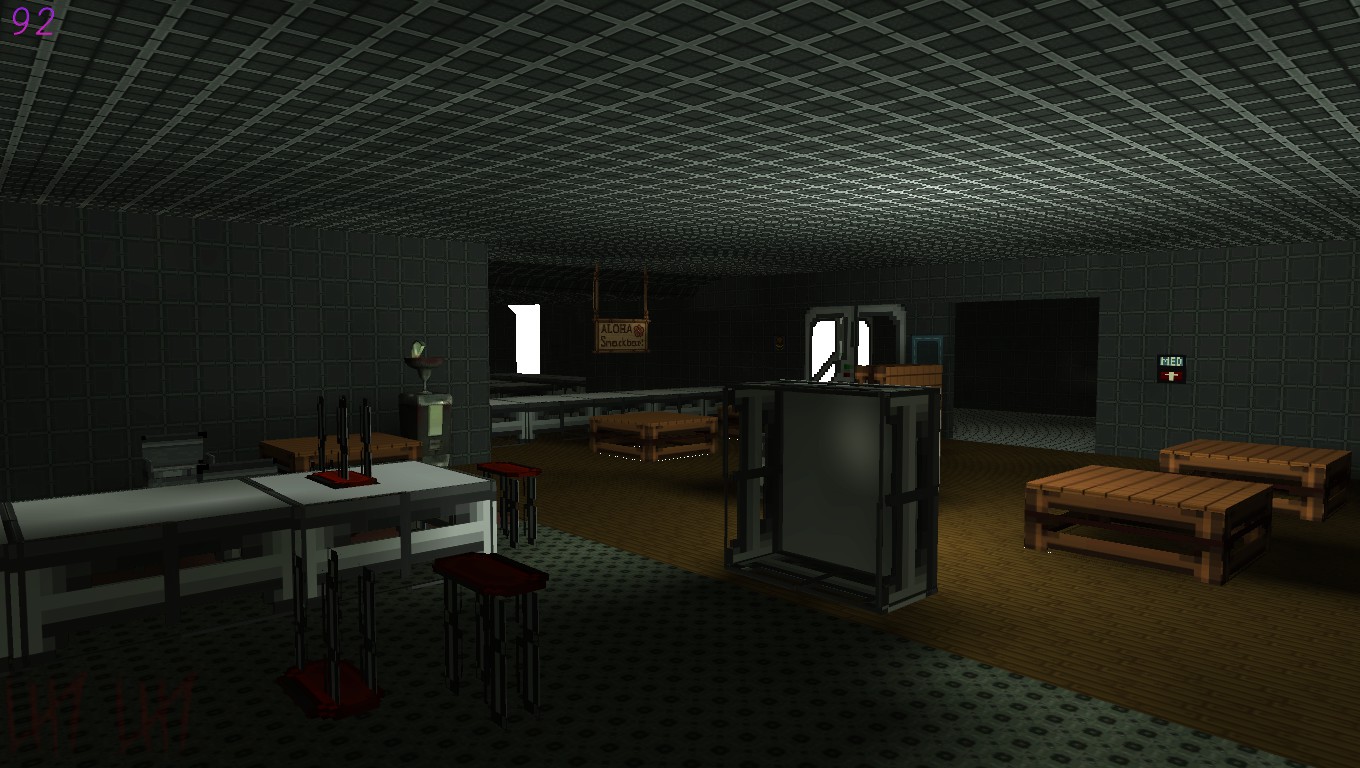 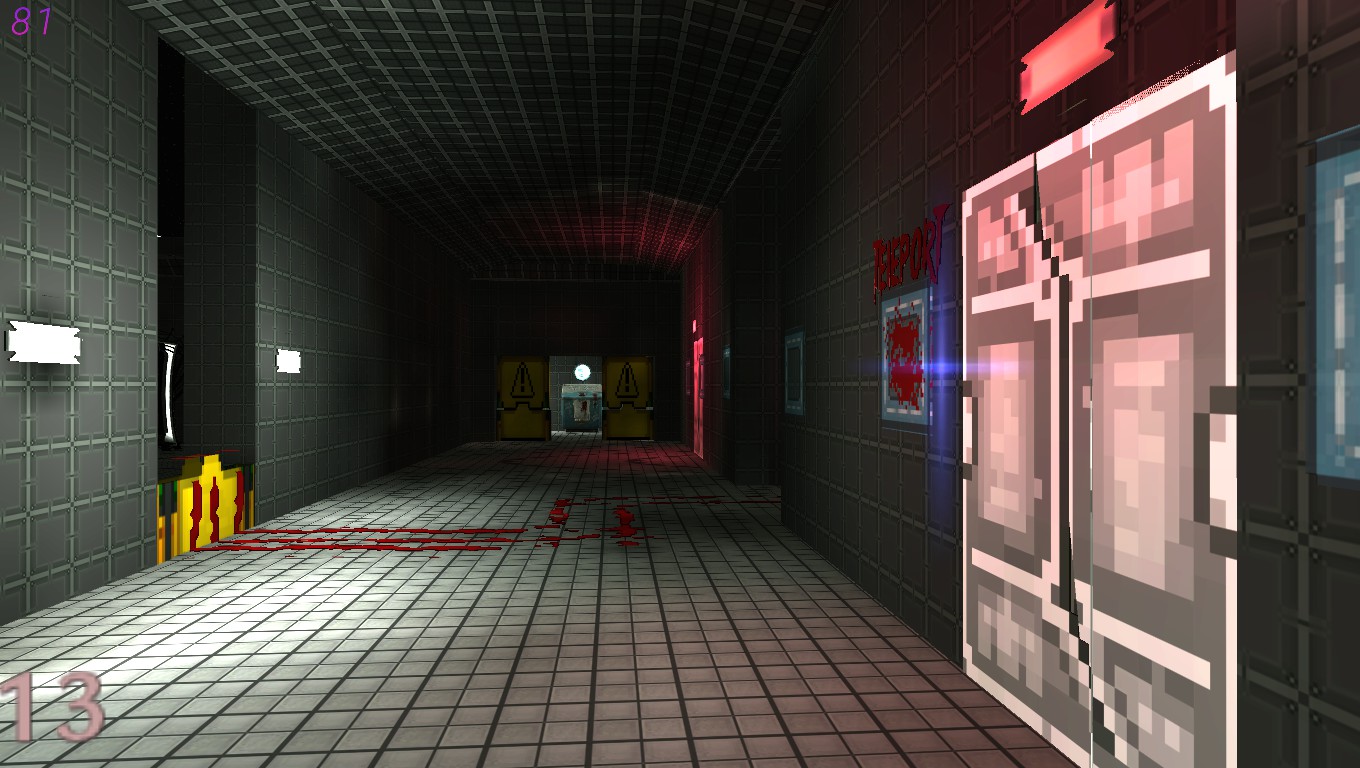 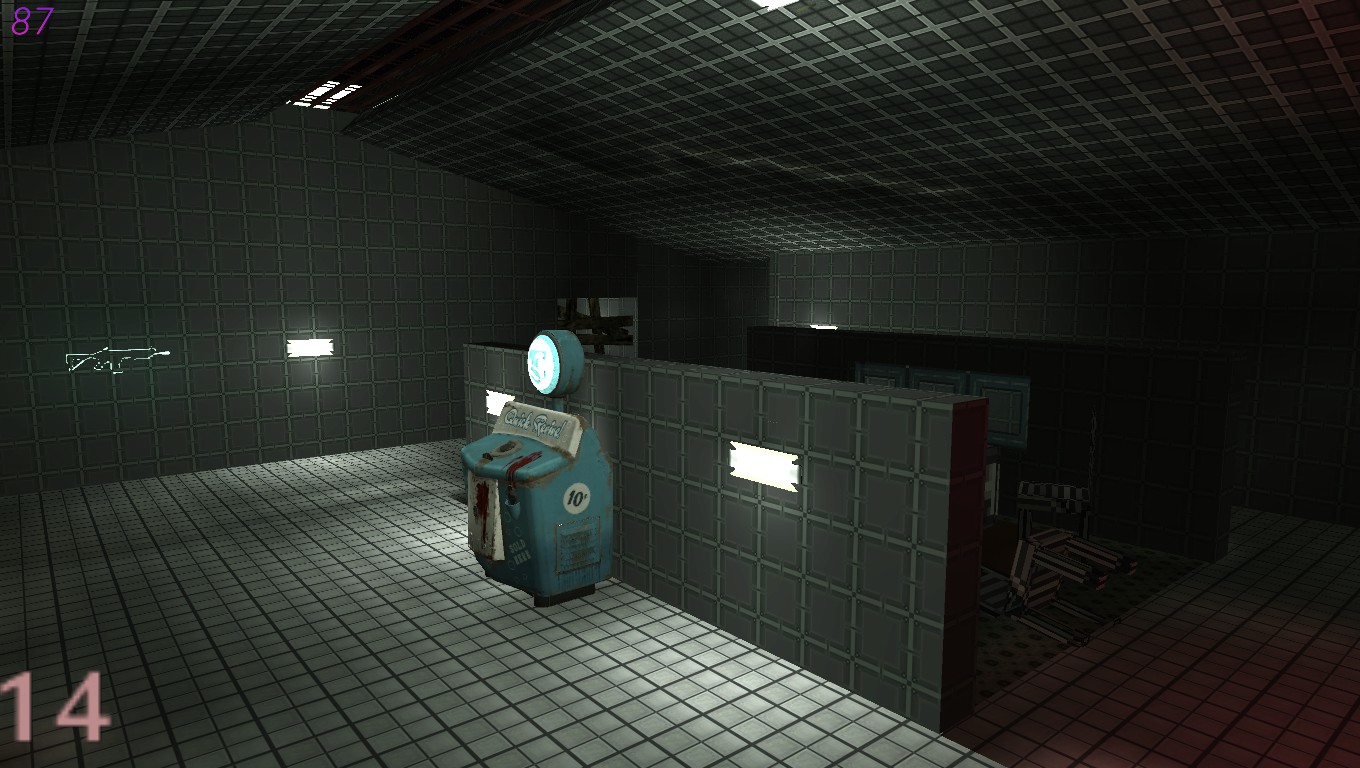 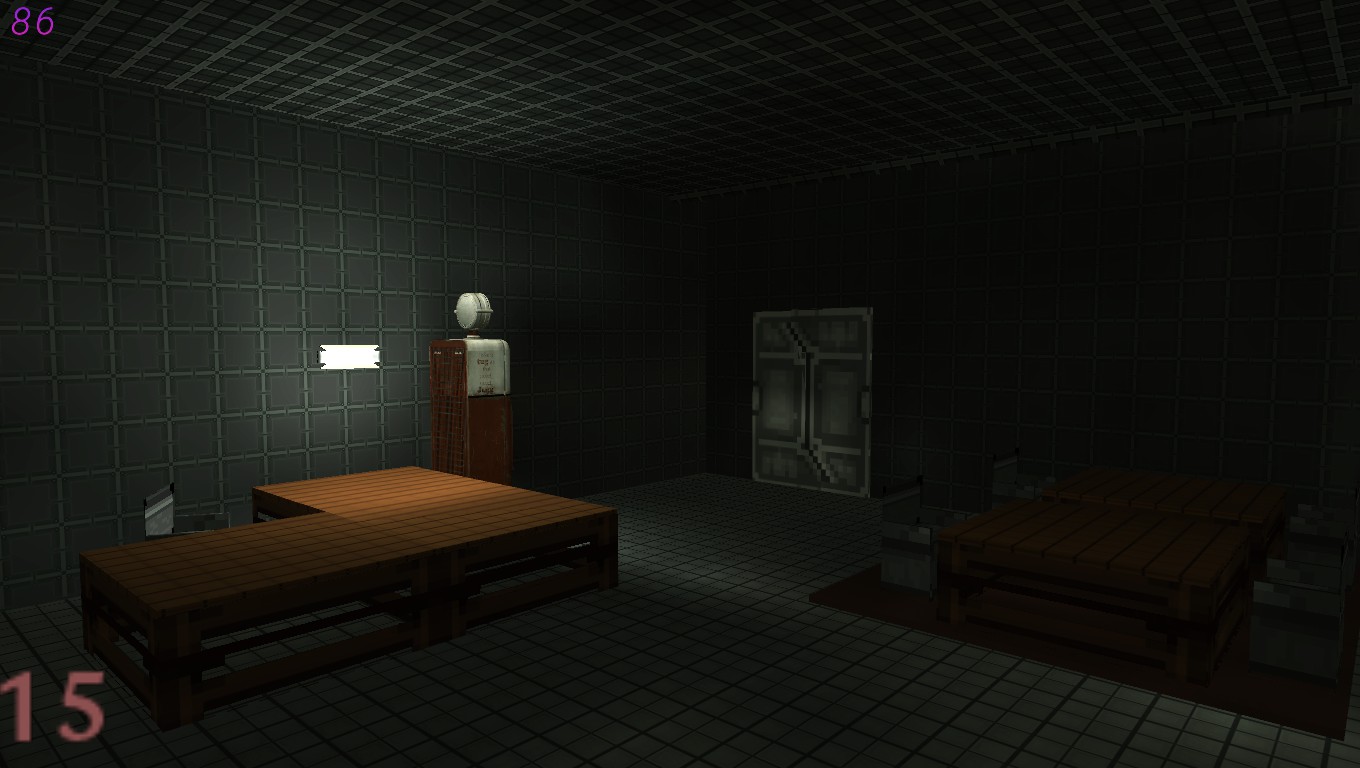 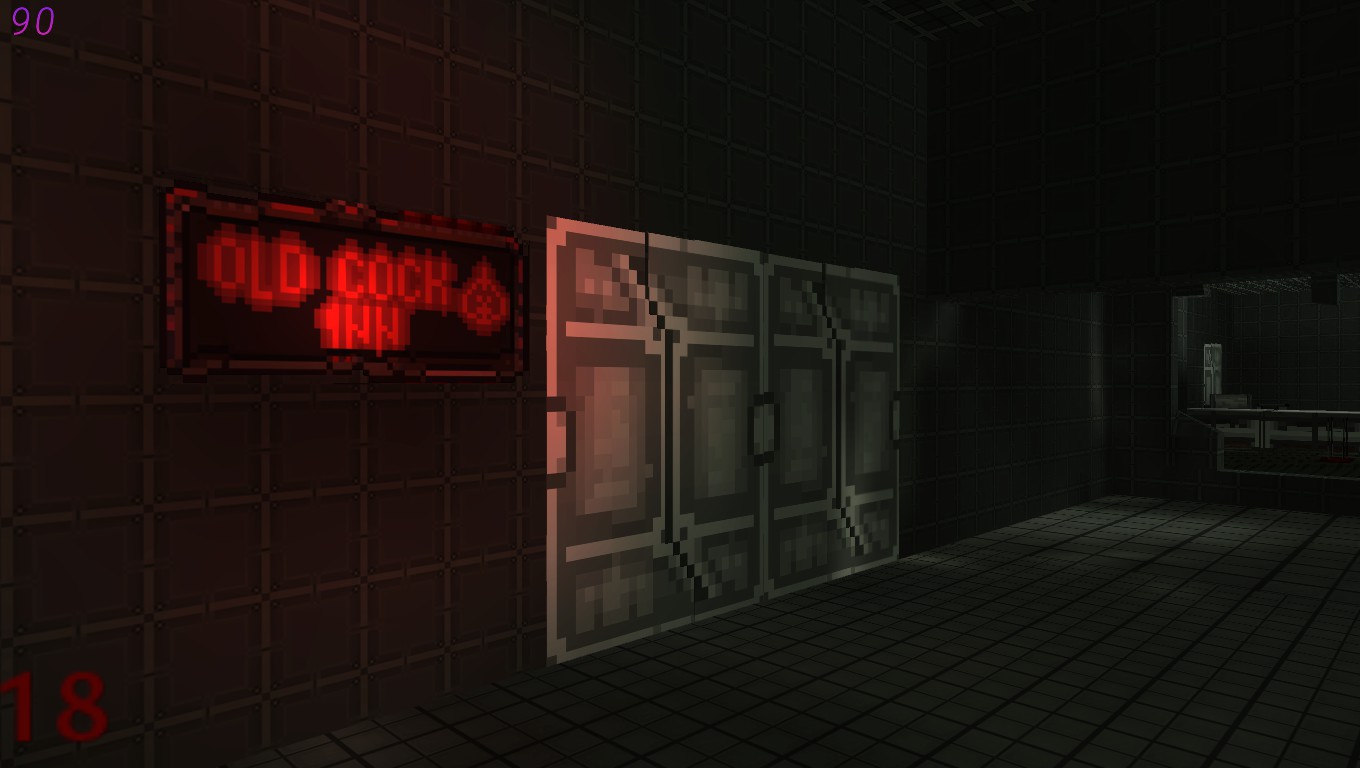 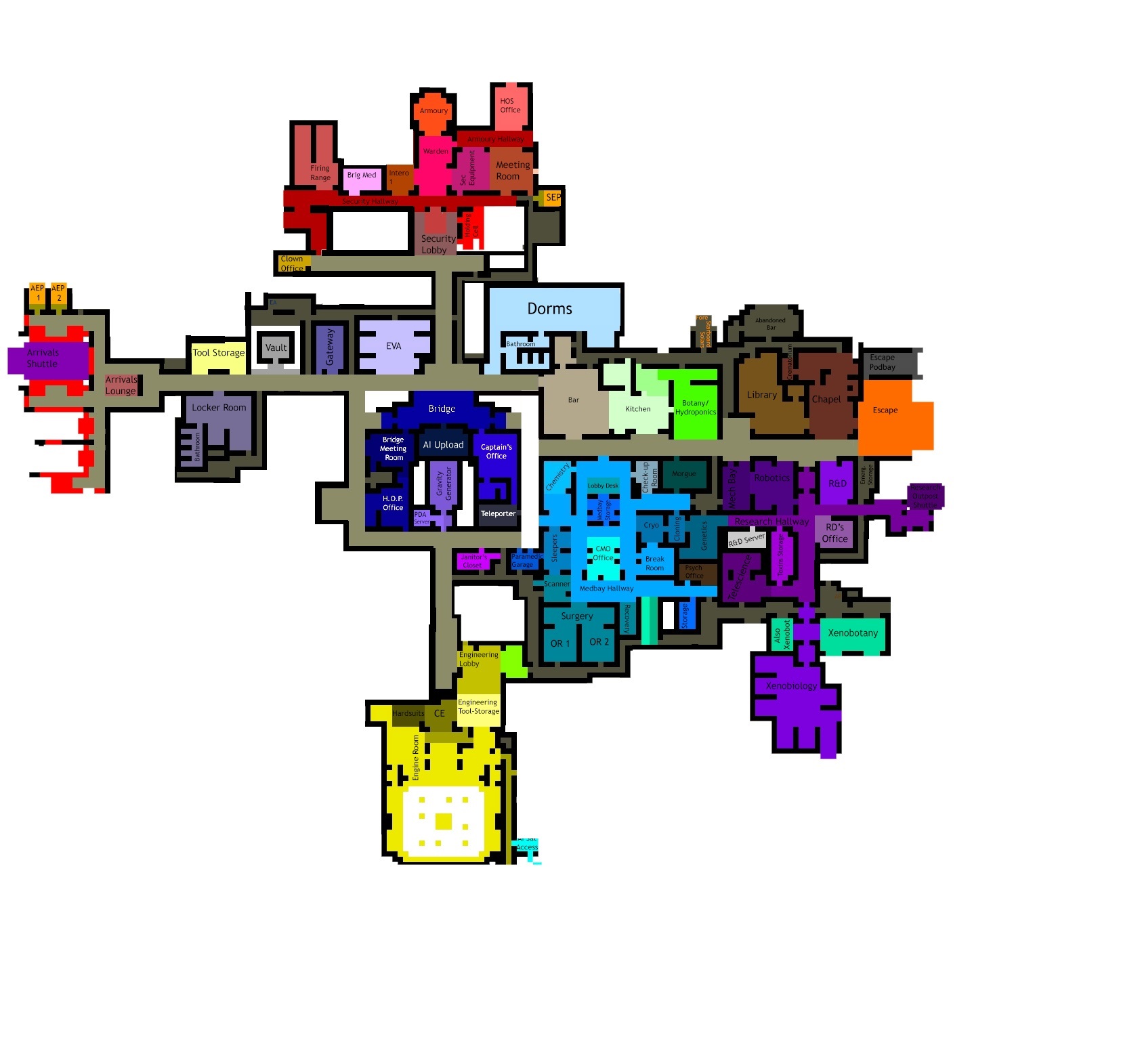 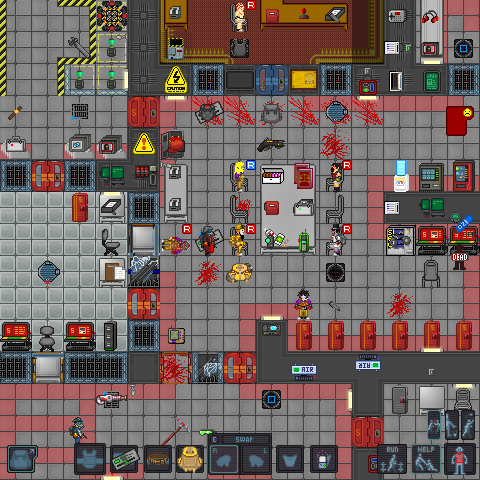 STORY
The year is 2056 the Space Station was set up for scientist to work on their projects. Citizens of Earth love to come up and visit the space station. As the station grew bigger more people would come to the point where there was attractions set up. Pools holographic rooms,basketball courts,clowns,mimes,dorms and so much more. The Space Station is a huge success

The Captain Jason Mars had a meeting with the scientist Charles Higgly. Jason wanted Charles because he was created so much inventions including the powerful perks made for security and the general public. Jason wanted Charles to create another powerful machine to bring the dead back to life. First Charles made a huge electric machine but testing it it would blow up the dead corpse. Charles made another machine that proved successful but the machine cost too much money and consumed too much energy. Charles made a small machine called "Who's Who" that when put into the blood of a dead person would bring them back to life in another body. After 5 tests this machine proved successful. Another version of the machine was made called "Who's Who 2.0" that was used with soldiers and cops. Who's Who 2.0 would place you too another body when dying so you can heal yourself and fight off more bad people". "Who's Who" was put in storage in favor of "Who's Who 2.0" for being more efficient.

As soon as "Who's Who 2.0" was successful all over planet Earth Jason made Charles work on a 3.0 that would make the new body stronger when the person heals them self. Charles completed this but there was one error. It made who ever drink it strong,crazy,powerful and extremely hostile to the point where the drinkers would tear the flesh off of themselves. Every citizen was excited to try 3.0 after loving 2.0. Only 4 people didn't drink Who's Who 3.0.The Cop - Xerxeas Minori,The Scientist - Charles Higgly,The Bartender - Jamie Hindrix and The Captain - Jason Mars. Charles didn't intend for this to happen...Or did he?

So far it looks amazing and seems to be within the theme in terms of textures.

Hopefully this turns out well in the end.

×
Scobalula's Groups
Scobalula's Contact & Social Links
This looks nice, I like the detail you've went into in your OP and the story.

If you need any assistance with stuff add me on Skype, I would love to help with anything.

3rd one in a row with no credits list...

also ill point out, as whos who seems to be a theme for your map - theres a bug in mine that i havent fixed yet

Ah sorry, I completely forgot about credits. Fixing that now

3rd one in a row with no credits list...

also ill point out, as whos who seems to be a theme for your map - theres a bug in mine that i havent fixed yet

This is WIP, there doesnt have to be credits list

×
arceus's Groups
arceus's Contact & Social LinksarceusNT
this looks pretty interesting, you should try to get like more blocky perk models for this so it doesn't look to out of place

this looks pretty interesting, you should try to get like more blocky perk models for this so it doesn't look to out of place

HarryBo000
make perk vendors, that are like in the walls or something, be easy and can still dispense a bottle without looking out of place

make perk vendors, that are like in the walls or something, be easy and can still dispense a bottle without looking out of place

Alright I'm gonna be honest... this map looks sweet! I absolutely love the simple but fitting textures (that of a space station). Absolutely stoked on the release of this map, make it a good one and take your time!!

“As a species we're fundamentally insane. Put more than two of us in a room, we pick sides and start dreaming up reasons to kill one another. Why do you think we invented politics and religion?” - Steven King
×
Wolf MacDowell's Groups
Wolf MacDowell's Contact & Social Linkswolff.macdWolf_MacDowell

Wolf_MacDoweMegaGrimgor
Looks amazing, didn't know people made space maps and I can't wait to get my hands on this one and die on the 5th round xD I am not that good at Nazi Zombies but I try. Lol.

JiffyNoodlesJiffyNoodlesAUS
This looks like a decent map, I can't believe I missed this one
1
2 ❱