Freakguy22
User
Date Registered: N/A
Last active: N/A
Posts
N/A
Respect
0Add +1
Primary Group
Deleted Member
×
Freakguy22's Groups
Freakguy22's Contact & Social Links
Since I finally got asset manager working right I decided to make a map! Anyways, this is a WIP of my first map or something. (And yes, I'm making a WaW map in 2017. Because I can).

I've learnt most of the map building basics (and importing custom textures). So I could test these skills by remaking one of my favorite FPS maps of all time - Facility from GoldenEye 64. It helps that this map is already pretty blocky in general, so I can at least make something that looks decently accurate based off my map-making skills.

Just to note: This is NOT a port, I've been working brush by brush. This way, it allows me to edit/make the map in a way so that I can insert new areas for whatever I need.

So here's a screenshot in Radiant (I haven't gotten to the point where things like pathnodes, triggers, and the spawn has been adding. Doing those after the base layout is finished.

As for making the layout, I've been using a image editor to make the rooms based off how I feel the layout is from the game. Textures are based off the ones from the original game, but are (mostly) custom and hi-res.

For the spawn area (the bathroom) I've added some more space to the the area where the sinks would be. This way, it allows me to have Quick Revive in here for solo without the area overall feeling cramped. A pillar has been adding so it's a tad harder to circle and train the zombies in here. 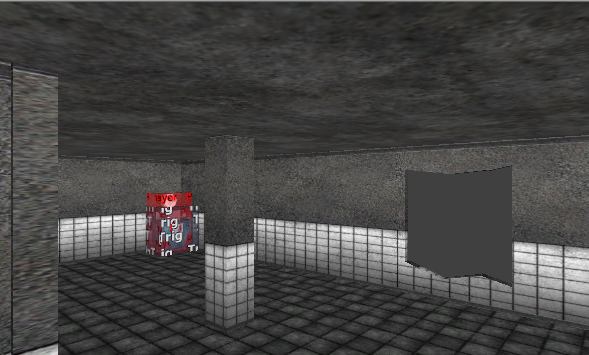 The vent where you spawned in the original mission/multiplayer is now going to be used as a spawn for zombies. I may hide a dumb easter egg in there if you throw a nade or something right. 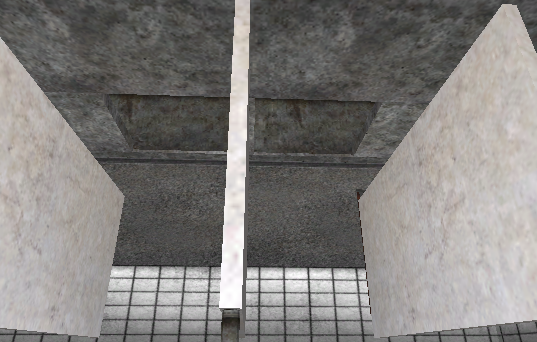 As for weapons, generally, they are going to mostly be BO1 based with some COD 4 (as it fits with the era where the map takes place in). Though, the most ambitious idea I have is 100% custom weapons from Perfect Dark with the visual quality on them bumped up to WaW standards. 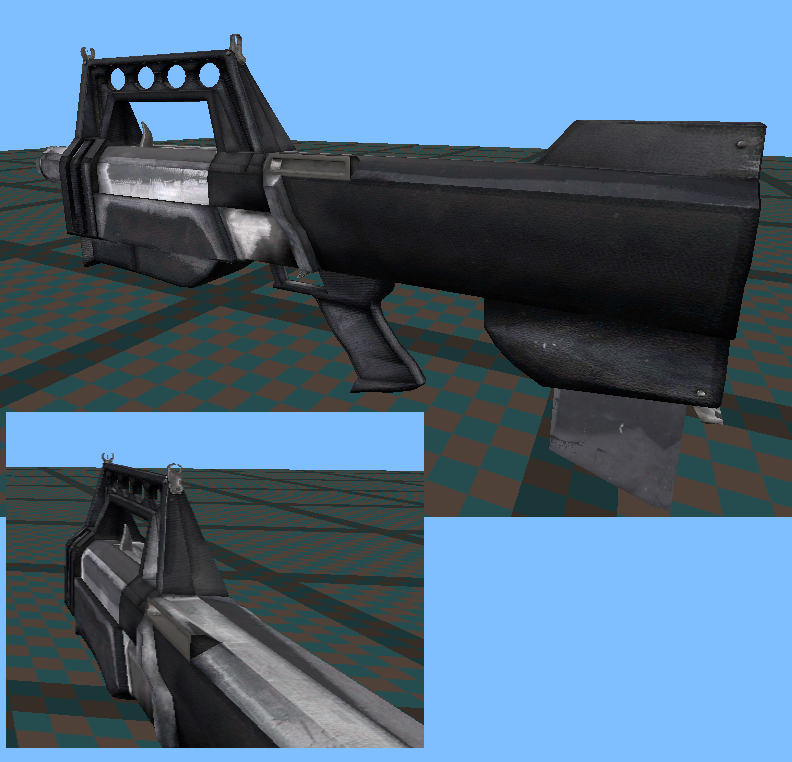 I know how to rig, animate, and export/texture them so they work in Asset manager, just no idea how to put them in game. (note, this animation is at 50 FPS than 60 due to the limitations of the .gif format).

This is also a thread for me learning stuff. As for here, I still need to learn:

-Inserting custom weapons into the map. As my first attempt at modding them into stock maps resulted in dozens of default weapons. Whoopee!

-How to set up traps, barricades, and doors. And maybe wallguns, dunno.

There won't be much custom scripting of objectives in this map. As I don't want to make something too complex for my first map. It'll mostly be the WAW/Early BO1 style survive as long as you can style.

Anyways, dunno if I'm being too ambitious for my first map so far. But I just wanted to make something that isn't a dumb box map with raisers.

Freakguy22
User
Date Registered: N/A
Last active: N/A
Posts
N/A
Respect
0Add +1
Primary Group
Deleted Member
×
Freakguy22's Groups
Freakguy22's Contact & Social Links
Update 1! This is a smaller update than what the rest will be, but you get the point. 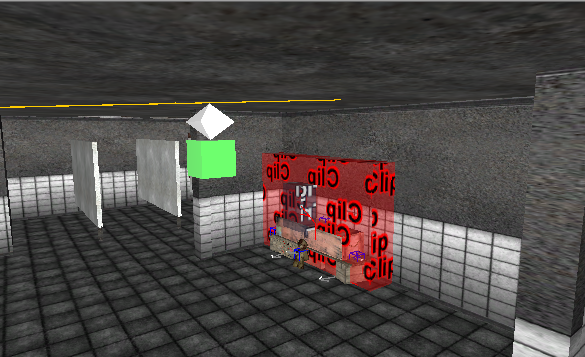 First box spawn. Not going to be the starting location, of course. 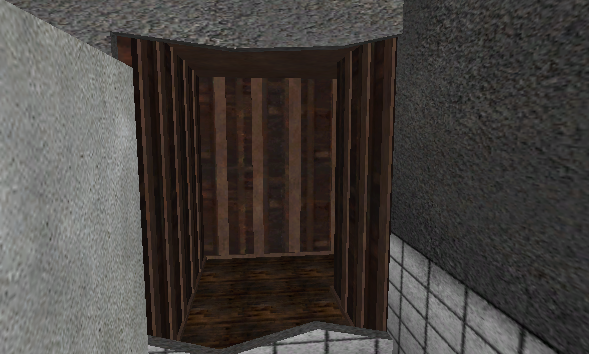 Finished this room, zombies will spawn from the right side at the end of this hallway, and there'll be a barrier there, too.

T30 weapon wallbuy chalk. Been having issues getting this texture to show up, but I think I can get it working once I learn. (Pretty sure this is the first custom map to have it as a wallbuy?) 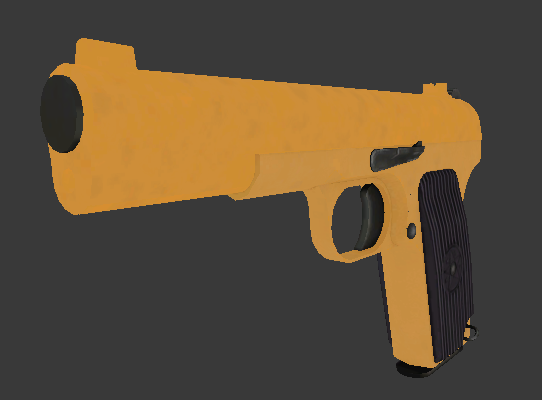 Upgraded T30 model WIP. Decided a gold texture would do for this. 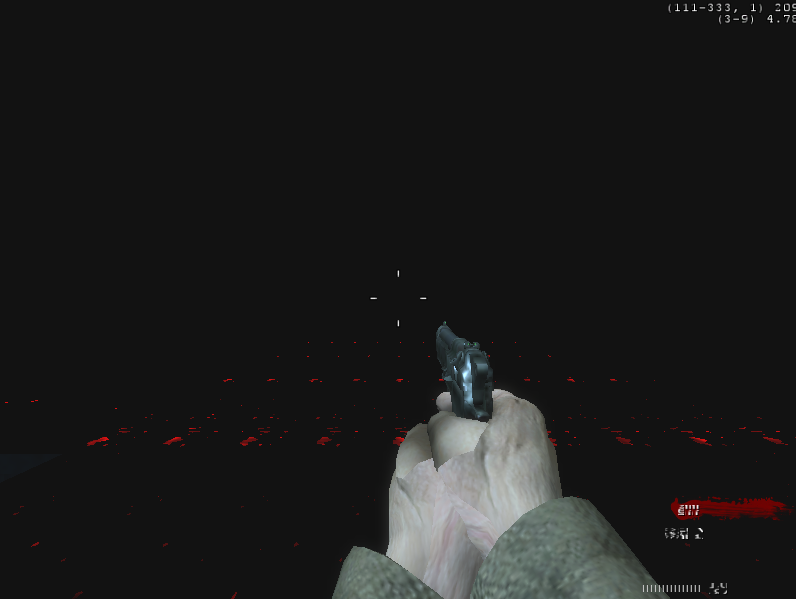 First time launching the map after following a video tutorial on how to get things set up. Clearly, something went wrong.

Added some more WIP parts of the map, also added a quick wallbuy to test how they work, but seeing the state this map somehow ended up in, I'll need to find how that issue even happened before I can test it. 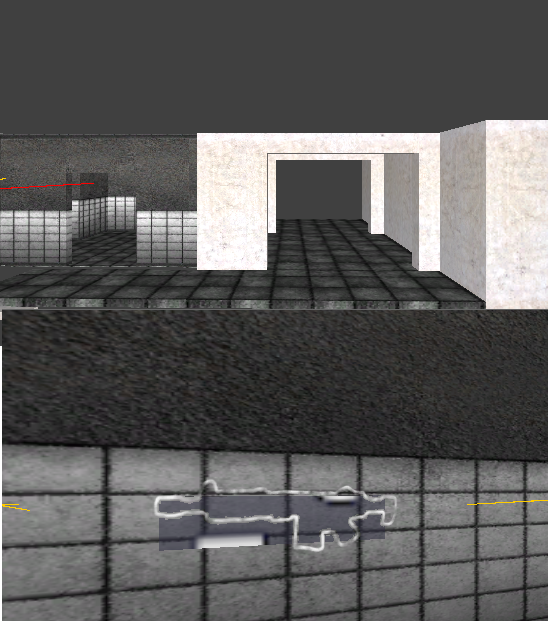 iamoutcastBashTheOutcast
What did you select when compiling the map, also are you going to add a skybox because that could also be the factor. 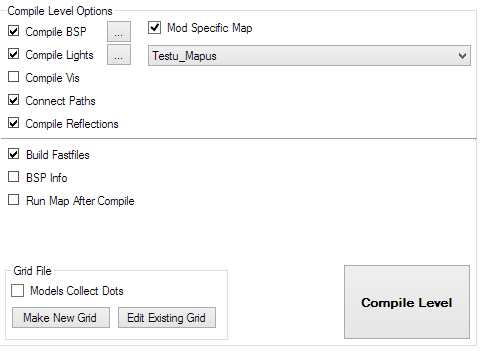 (Don't ask of the silly mod name, didn't know what to name it before planning stuff).

I recently found out I saved the .map in the wrong folder, and now, the reflection compiles do indeed match the map. 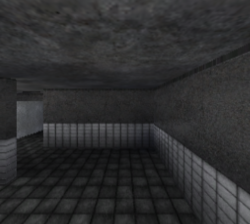 Now, it crashes and says many textures from the UGX mod are missing.

iamoutcastBashTheOutcast
You're missing images from some of the weapons, I would say if it keeps fucking up get the original mod tools with GCZ or Script Placer Z

It aint much, if it aint Dutch
[RELEASED] Greenhouse Realism 3.0: [You are not allowed to view external links. Register or Login to see them]

Support my work here:  [You are not allowed to view external links. Register or Login to see them]
×
BluntStuffy's Groups
BluntStuffy's Contact & Social LinksBluntstuffy@BluntZombie

Now, it crashes and says many textures from the UGX mod are missing.

missing textures will not make the map crash, so there's some other problem(s). Isn't there a pop-up with an error when it's crashing?

Either way, I compiled the map without the UGX mod, and it loaded (Some textures didn't load because I forgot them, that also proves it wasn't the cause of the crash).

Since it didn't have any weapons, I spawned with nothing, and the random weapon box gives nothing. The Zombie pathfinding was actually pretty okay for my first attempt, they didn't get stuck at all. 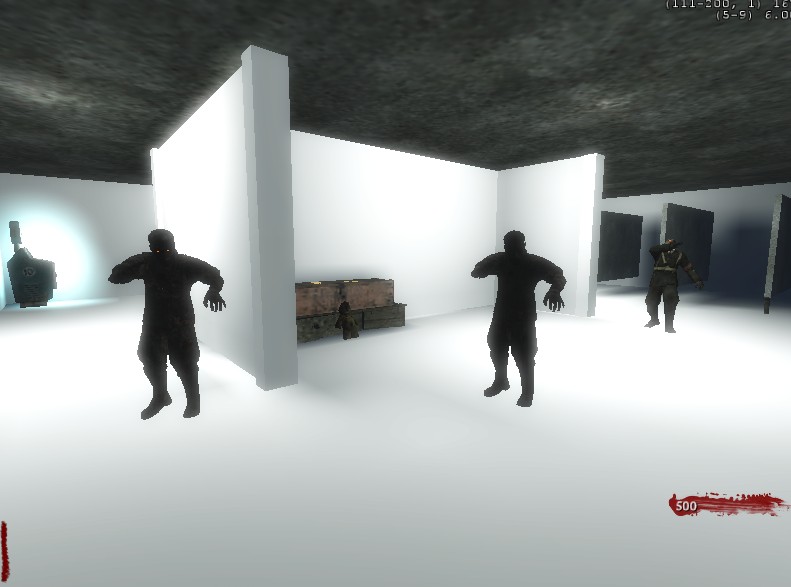 When I applied the UGX mod, my font on the menu became the infamous "alien text", and I can't do anything but stand when I spawn into the map. 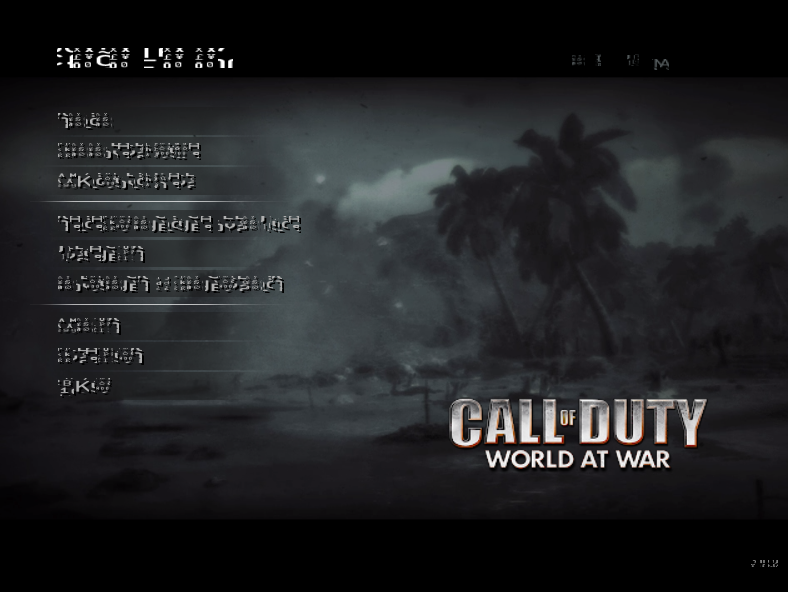 I used the project mover, and applied the mod.ff from UGX, and I renamed "mod.ff" in my mod folder to "localized_mapname.ff". Infact, the localized file isn't even in the map's folder after the successful move. And no, I did not close it too early.
Double Post Merge: November 26, 2017, 02:02:08 amGot the UGX mod working. 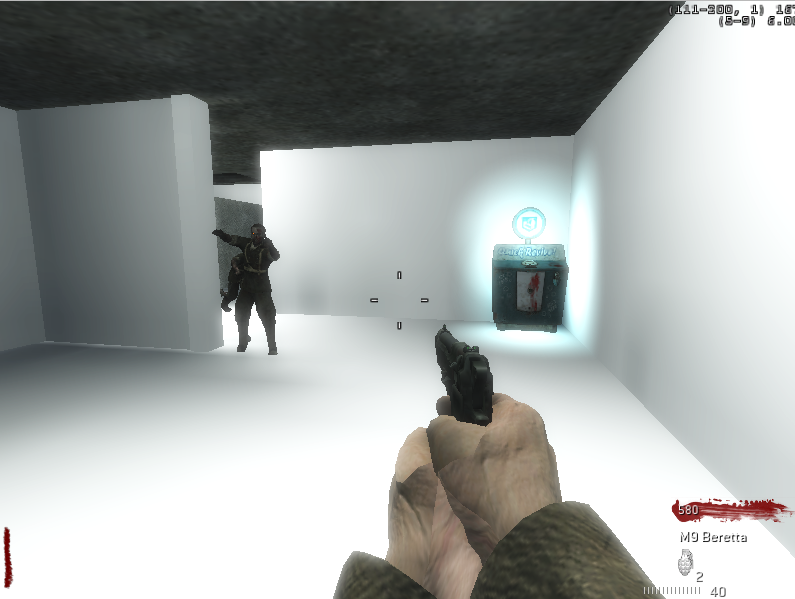 My issue is that I used the project mover BEFORE  I compiled the map, and that I was placing it in World At War/mods, than the appdata location.

Edit: Found out how to edit both lighting, and the UGX guns. Made this abomination: 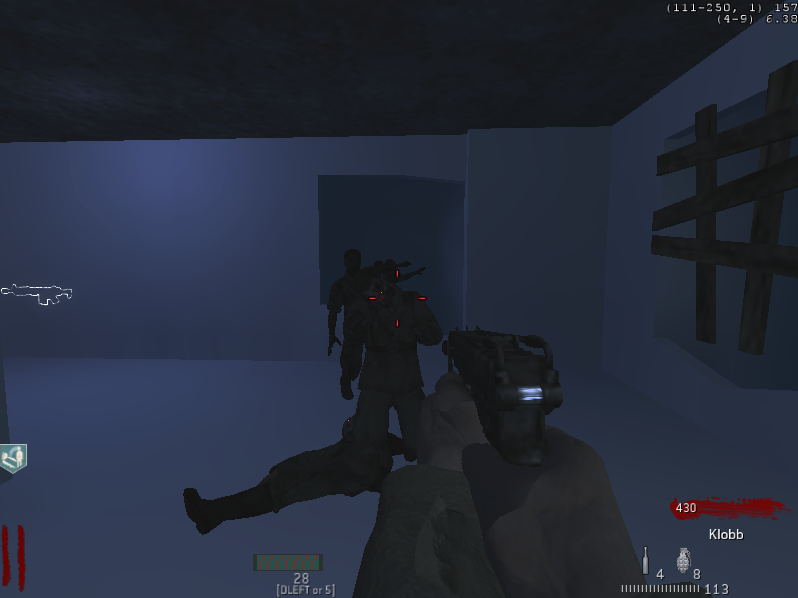 Image dump of the map so far. I've added a new room. But there's still some issues:

* Zombies sometimes get stuck not trying to tear down barricades, and they'd rather shake their head instead.

* You can get stuck in barricades while repairing them. Found out that placing them on the side where the zombies come from fixes this.

* Powerups can spawn before the zombies enter the map.

* Custom gun I added spawns as default weapon in the box. Stats function correctly in game, but the anims are completely broke. I clearly have no idea how to make custom weapons, yet.

Some things I tried to add, but they also didn't want to work:

Things that are currently working as intended:

* Pathfinding inside the map.

I made it to round 18 before the zombies made me fall out the currently unfinished map.

where...
Date Registered: 11 August 2016
Last active: 129 days ago
Posts
70
Respect
10Add +1
Forum Rank
Rotting Walker
Primary Group
Member
I am done. done I am, am I done?
×
GlueGun87's Groups
GlueGun87's Contact & Social Links
Adding custom weapons? Cool. Hmm This could be hard to tell you what to do tho.... because your fist map release include custom ports/custom scripting and no help at that... saying as a good way.
So do you have the ugx weapon editor with you? How well is your xmodel export set like thru student maya? (Note: it dont mean its perfect if you bought a subscription!). id be trying both blender/maya using the export xmodel option thru blender (a free addon) because i like to analyze it but thats just me and try to fix it close as possible with the official maya scripts by tryarch and a cool clone

(just to be a god like in there modtool). theres that 3d thing with a renamed custom weapon file (the weapon file) i tryed that on sniperbolt tut a long time a go. and the view would be bulky using the said 3d thing because of missing the xanim files. mabey heavily edit your scripts to make it work/re edit your ports thru maya? using tom tools? Idk these are just suggestions. And Like i said could be hard to tell you what to do.

Freakguy22
User
Date Registered: N/A
Last active: N/A
Posts
N/A
Respect
0Add +1
Primary Group
Deleted Member
×
Freakguy22's Groups
Freakguy22's Contact & Social Links
I actually don't use Maya to make the models. (Don't really like the GUI of it, and the fact Blender is what I've been used to for a year or so) Been using the most recent build of Blender COD (It's weird, the download page gives you can older version, but the newer one can be found on the same page by looking  a bit).

There is some issues with this:

* The materials don't seem to be set up right on exported Xmodels for.... reasons? A simple edit with a Notepad++ is enough.

*Xanims don't apply scale on export. Which yet again, you can use notepad++ to fix.

Both the exported Xanims and Xmodels import back into Blender right, so I see no reason why my custom models should not be working right.
Double Post Merge: November 28, 2017, 03:53:00 amGot custom models working.

I can't believe it was something so small I was missing. 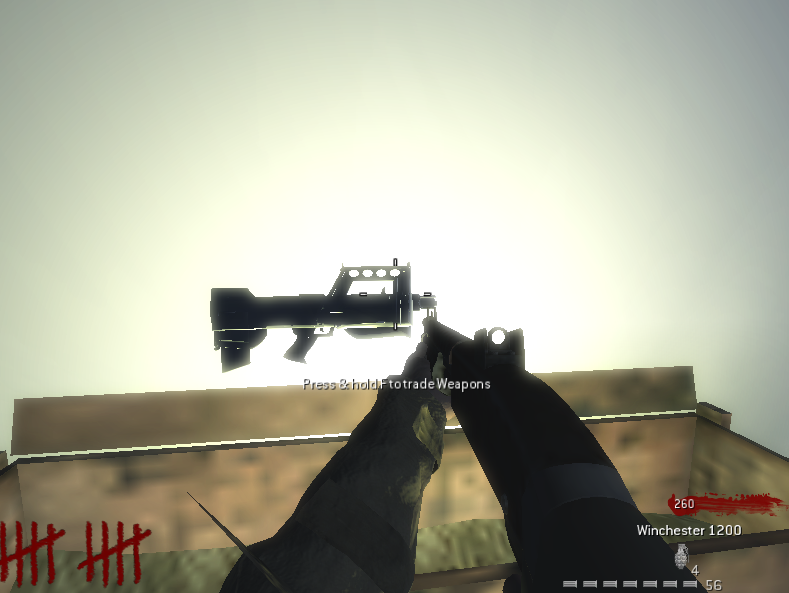 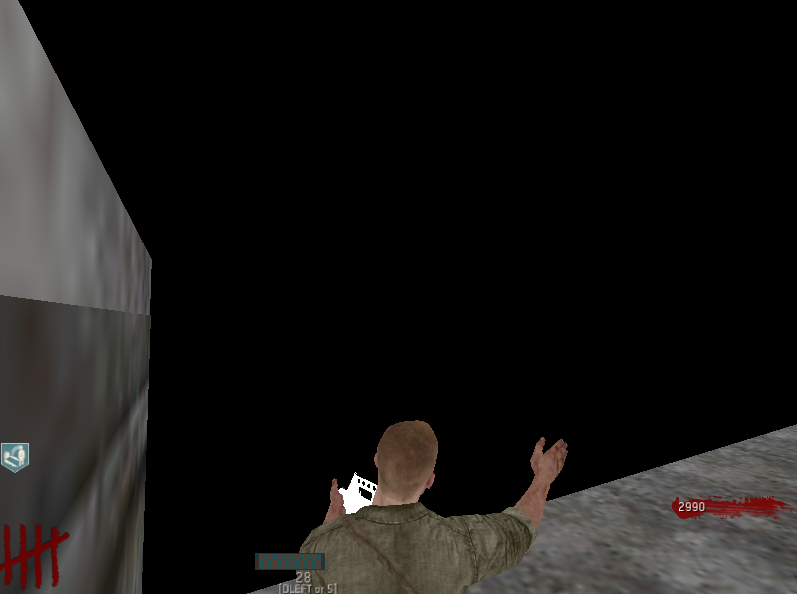 Decided to also rig it to use FAMAS anims. They work, but the weapon model isn't there. 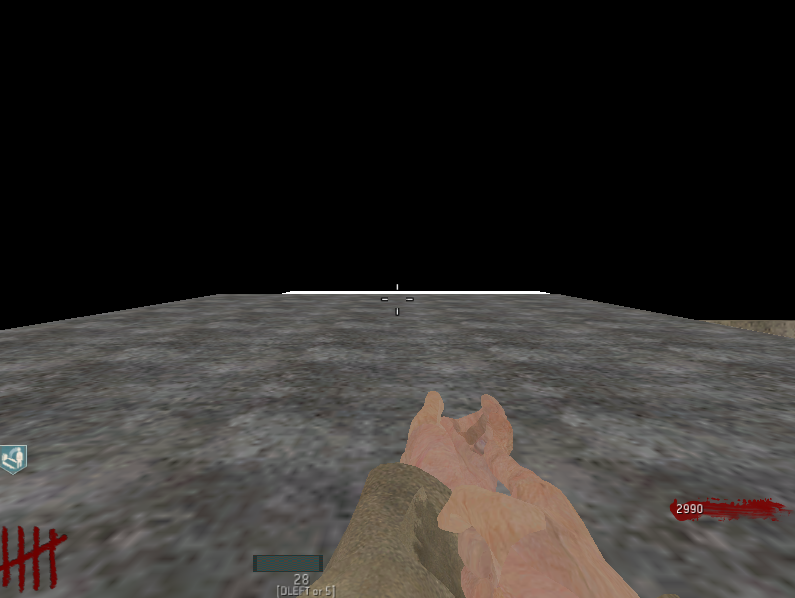 I assume I'm doing something wrong, but at least the progress for learning custom weapon models has been getting better.
Last Edit: November 30, 2017, 09:40:04 pm by Freakguy22

For some reason, my custom weapon models are untextured. The lighting in the box pic made it look textured. Very noticeable on third person with fullbright. They work in asset viewer, though. So I think I'm just installing textures to my mod incorrectly.

Decided to also rig it to use FAMAS anims. They work, but the weapon model isn't there. ( [You are not allowed to view external links. Register or Login to see them] .)

I assume I'm doing something wrong, but at least the progress for learning custom weapon models has been getting better.