Created 1165 days ago
by ConvictioNDR

ConvictioNDRConvictioNDRconvictiondrMy Work
[You are not allowed to view external links. Register or Login to see them]
Includes 4 maps. Asylum, the main map with all the features you'd expect in one of my WaW maps. 1st Room Challenge, just the Starting room of the map. Courtyard Survival, sorta like Town or Farm, but for this map. Asylum Defense, the return of my streaks defense mode updated to behave like it did in my BO3 version of the mode instead of how it did in Trench Defense in the Dawnville map pack.
The pack includes 8 game mode options and 2 more gameplay options.
Survival: Your Standard Survival mode.
Gun Game: Get a certain amount of kills to move on to the next gun. Go through every gun to win. Everyone knows this mode.
One in the Chamber Survival: Start the game with one bullet. For every kill, you get a bullet added to your magazine until your magazine is full. Make your shots count and survive for as long as you can.
Sharpshooter Survival: Every 1 minute 15 seconds (115) players are given a new random weapon. Survive as long as you can.
One in the Chamber Competitive: Same as the Survival version, except the first person to 250 Kills wins.
Sharpshooter Competitive: The same as the Survival version, except the first person to 350 kills wins.
Ragtime Mode: Solo only. Makes the game sepia and plays little piano music, like an old time film before they had sound so someone just played a piano in the theater.
The pack also introduces a new perk inspired by the One in the Chamber game mode, Cacheback. For every ZOMBIE killed it will add 2 BULLETS to the magazine of the equipped weapon. Notice ZOMBIE and BULLETS. It won't give you bullets for killing dogs or if you use a wonder weapon.
Originally started to pass time until I got my hands on the BO3 tools, I decided to go back and finish it up for release for anyone still playing World at War. 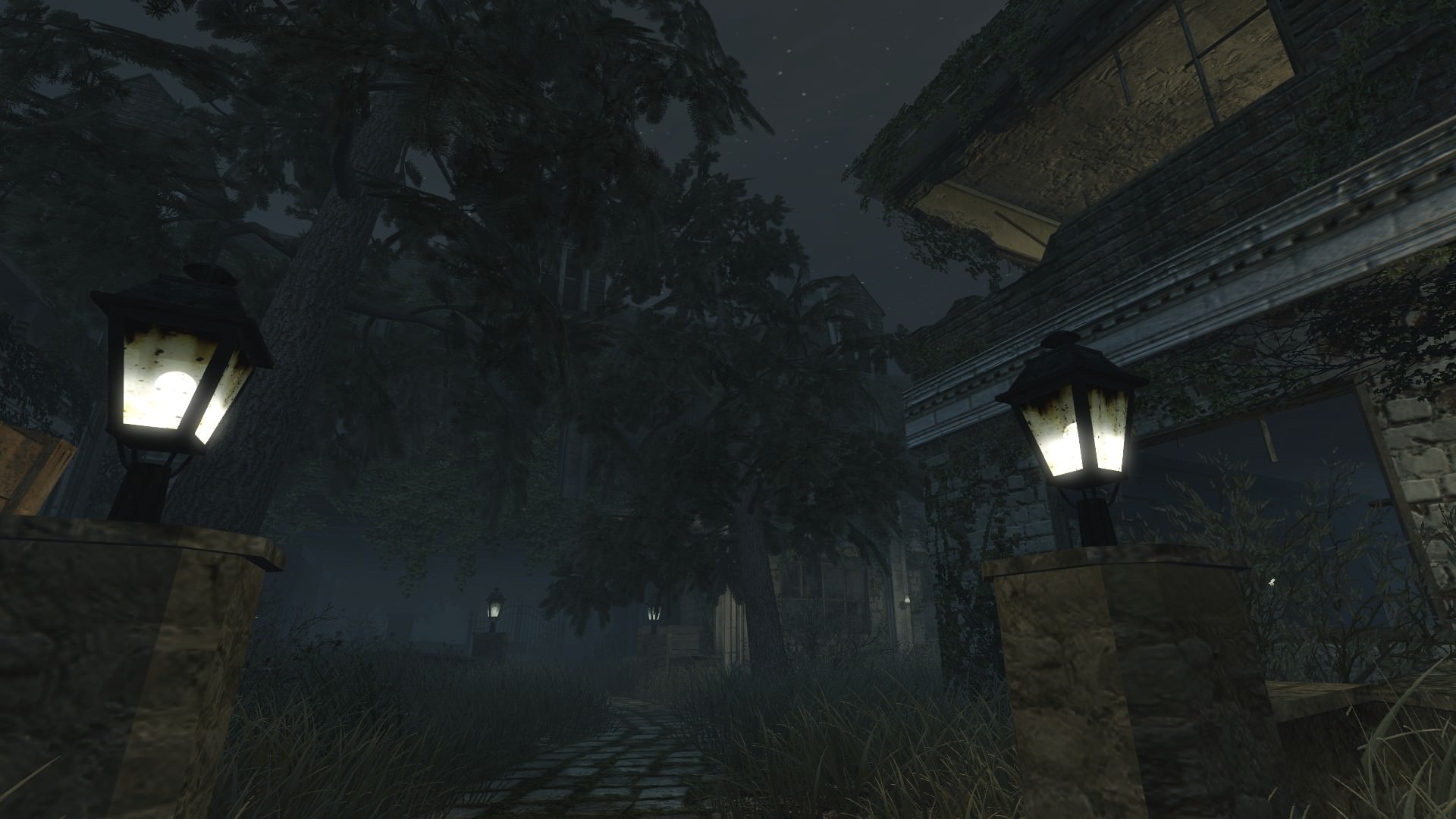 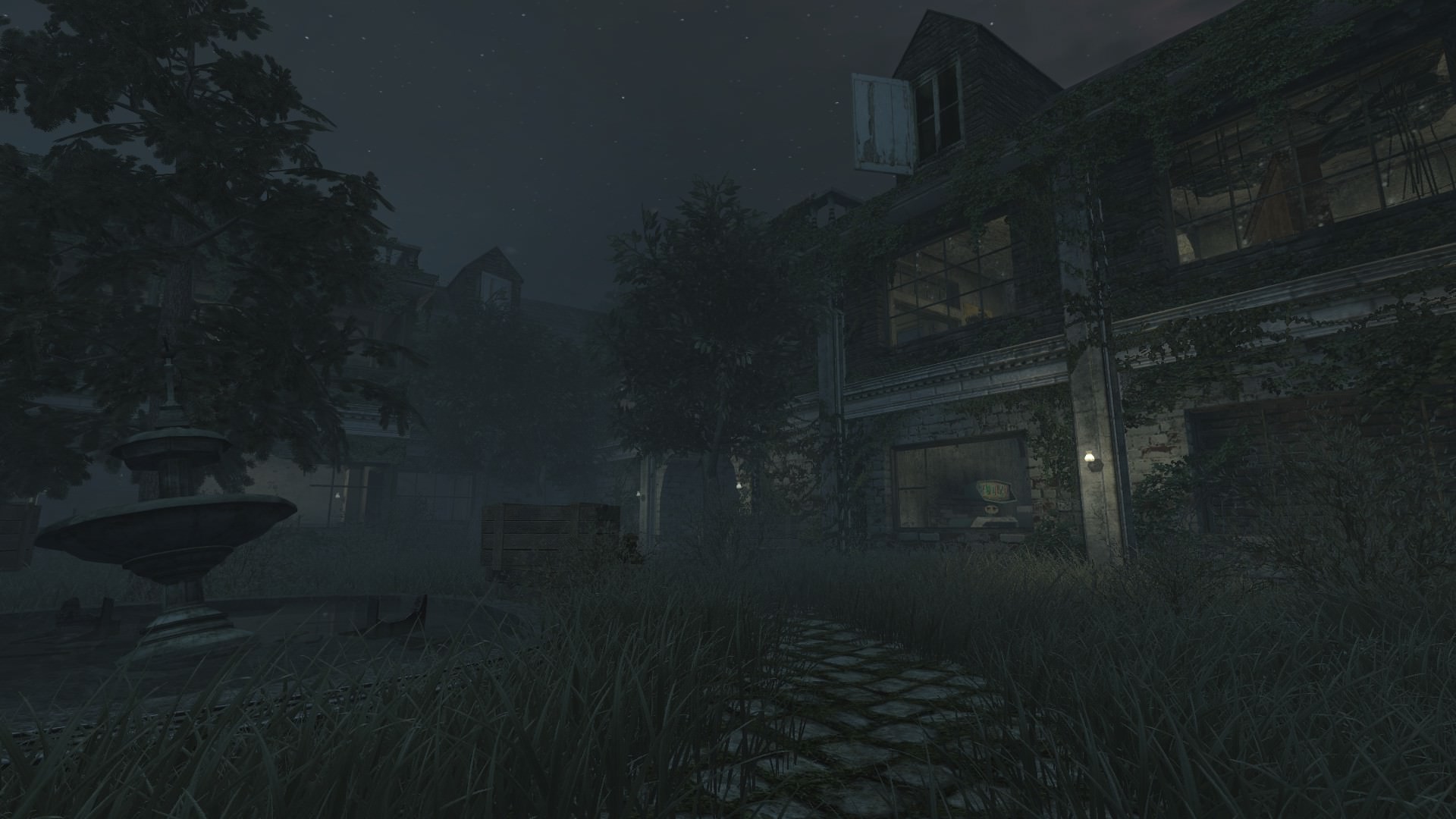 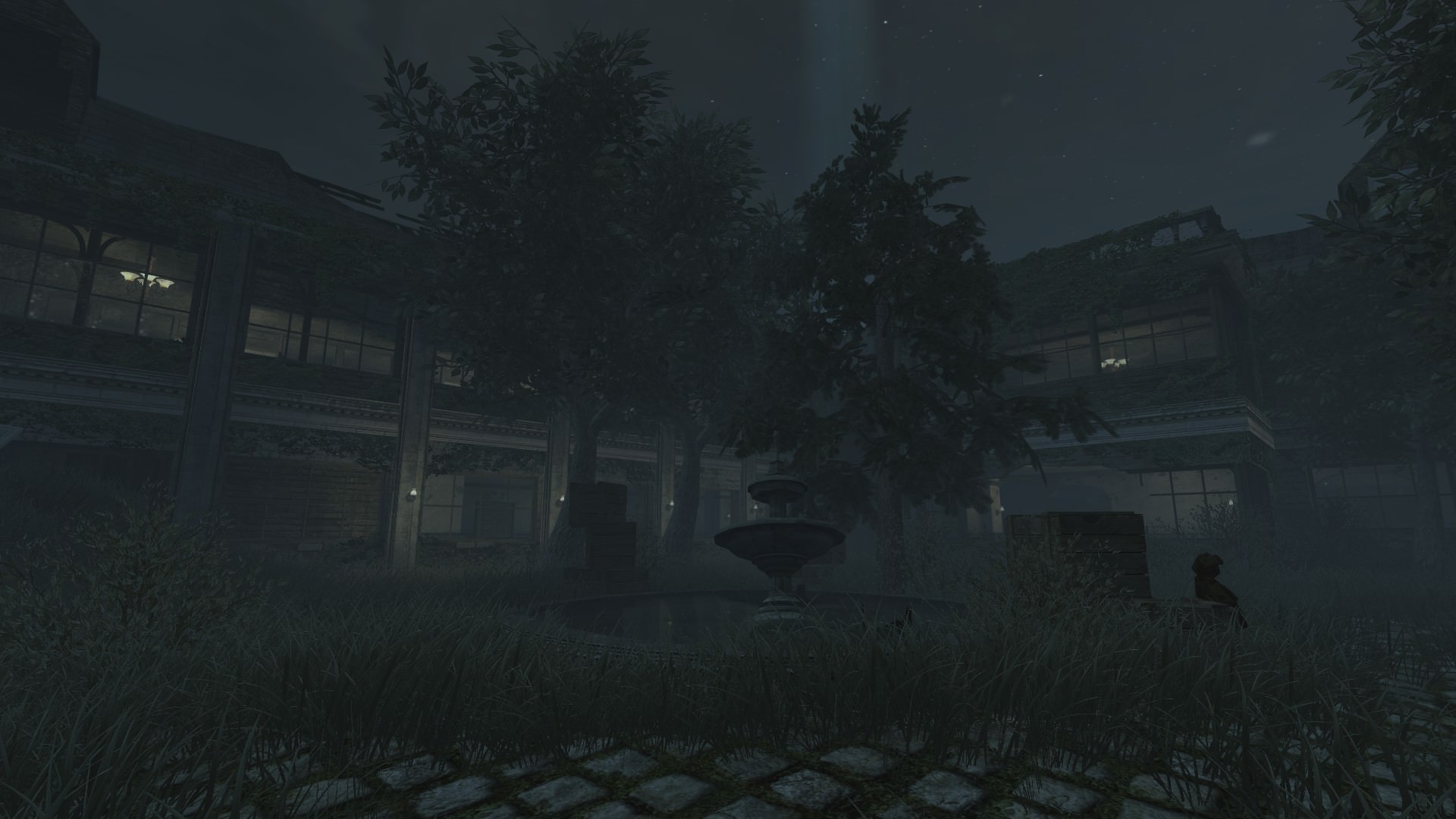 IamTIMMEHHH#IamBEAR
Cool, is this verruckt or your own version of an asylum?

g7755725
yess imma try them, this is my first time trying out these maps

But for real, thanks for this! It's nothing crazy, but it's a very polished and detailed (based 100-point perk robbery) mod that sticks to the core zombies experience, and that in itself is refreshing. Also the custom modes are fantastic, made for some really interesting moments in co-op (PvP? May as well be). Cryptids/10.

EDIT: There's collision here for an invisible crate or something that I got stuck on, but otherwise it's a phenomenal map 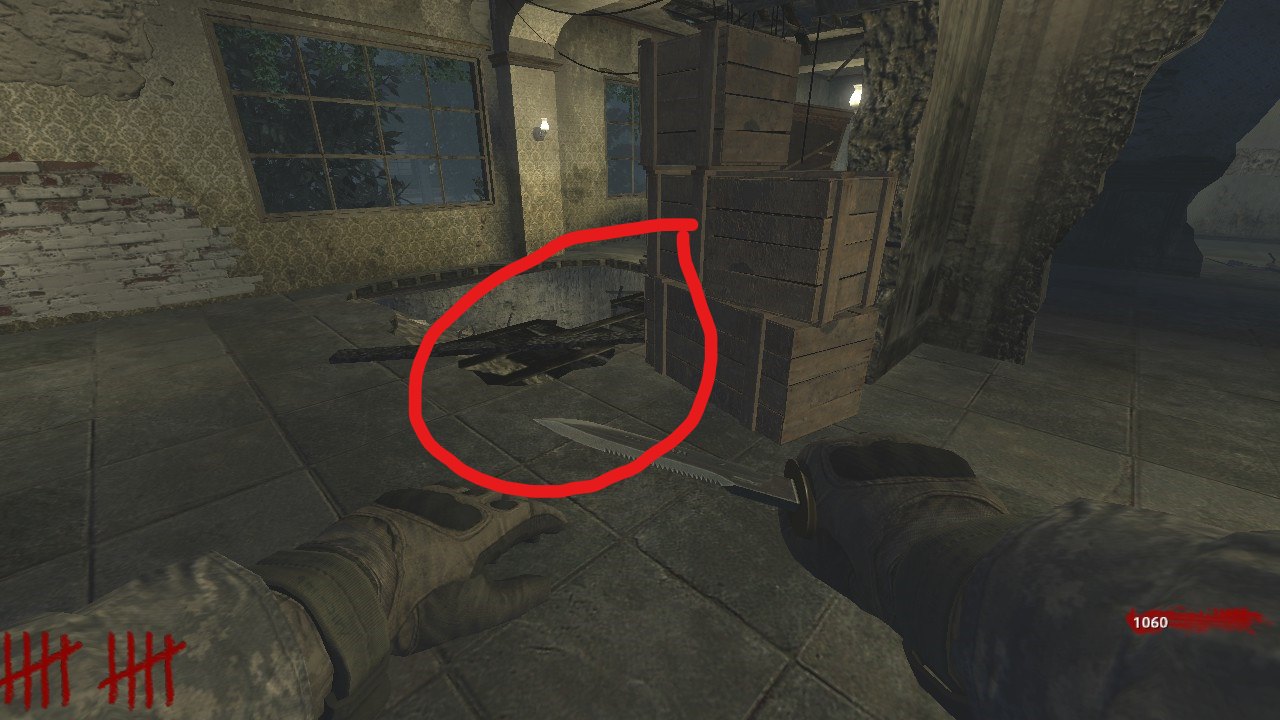 I'm waiting for Lime and Lemon to update to BO4, and then another 2 years until they're released publicly so I can extract the models and animations for the weapons.

Amazing map. Although its a bit hard. 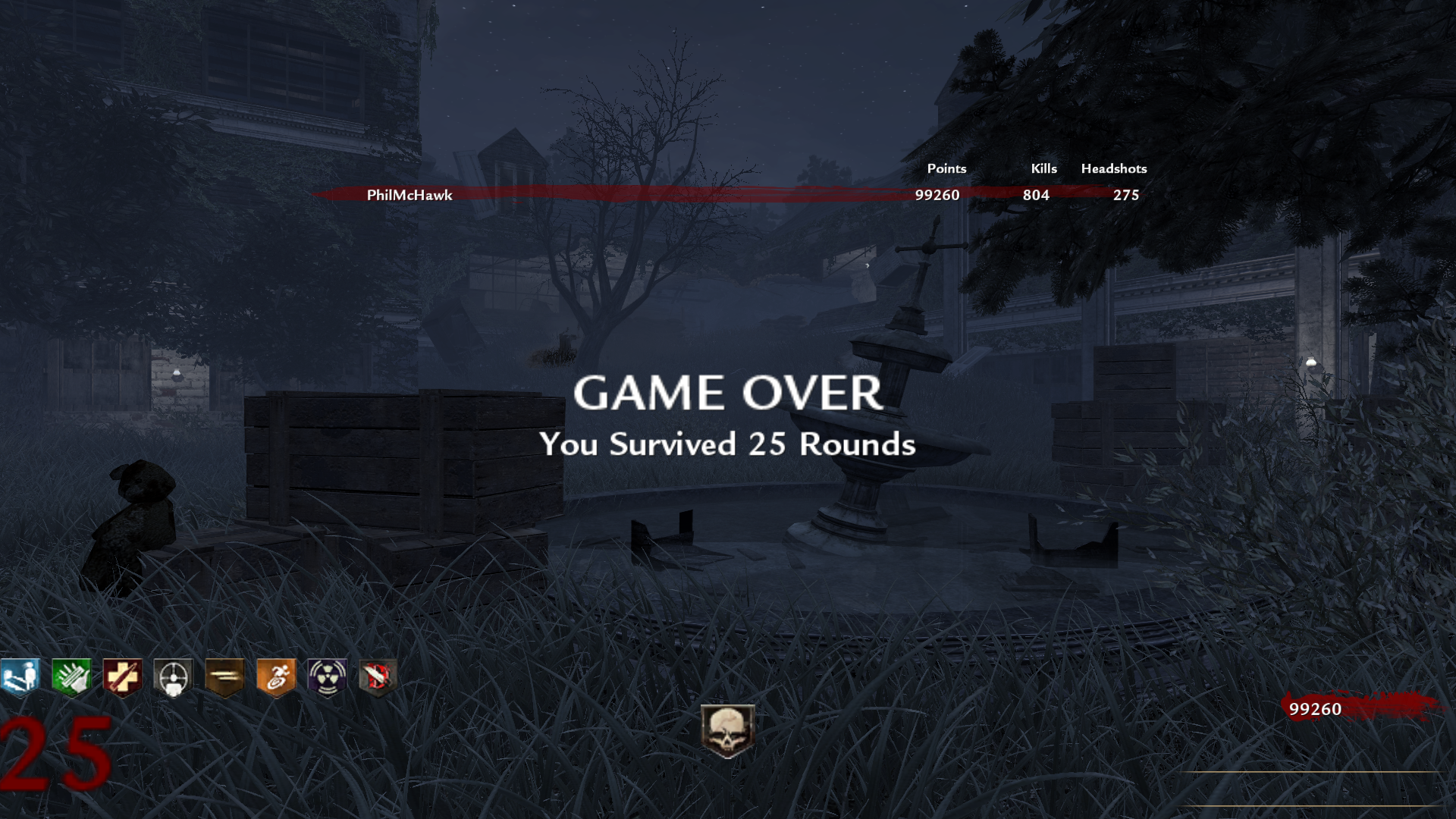 Amazing yes, not too hard though.

I'll do you one better though 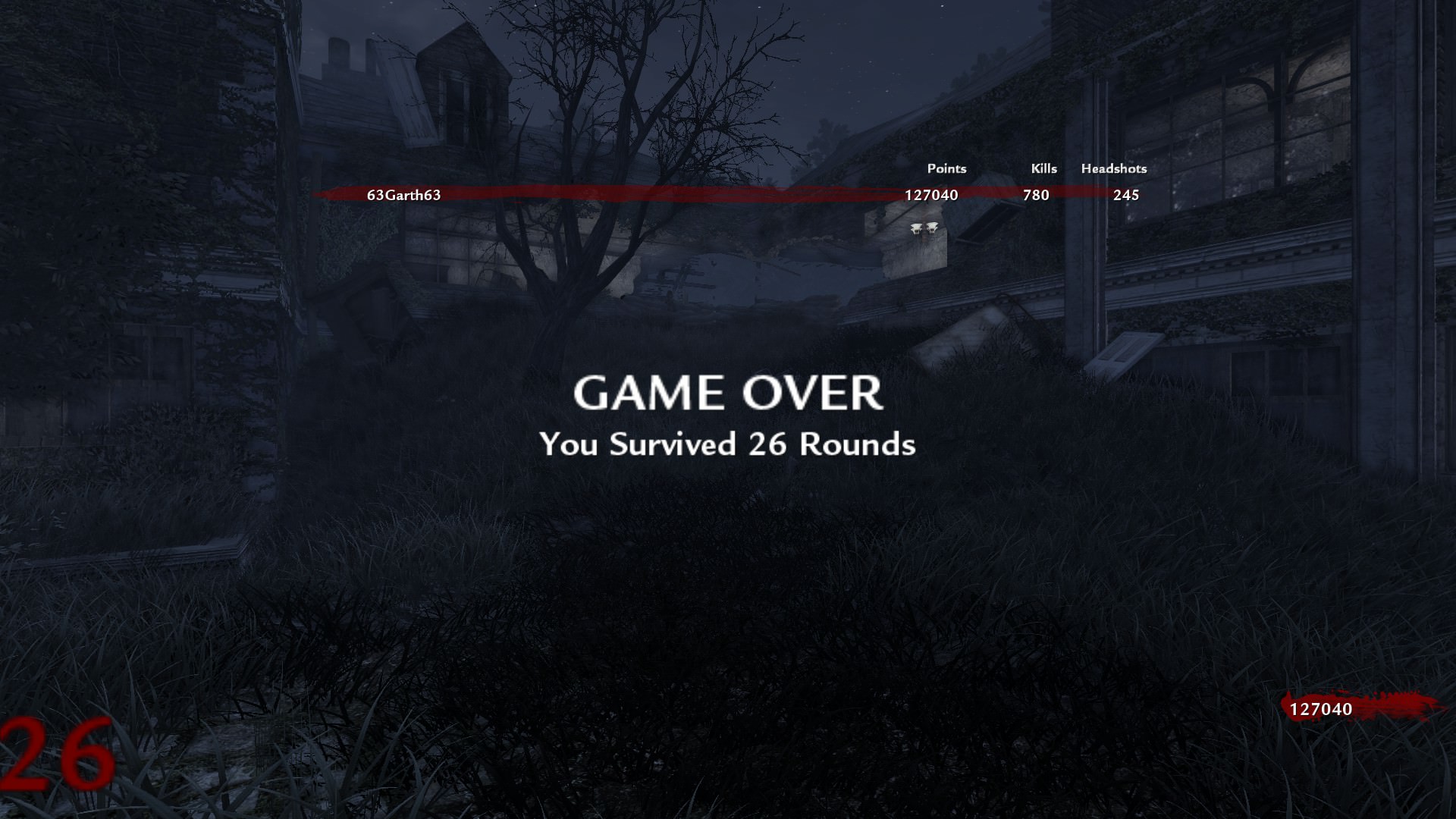 mindcraftvicvic does gaming
decently easy map, a nice selection of weapons, a bit dark though, although the gun game is a bit broken if the player goes and paps his weapon on the round 20 challenge it wont refill his ammo