Question: Should PAP guns have the classic noise or keep the original gun sound altogether?

Question: Should the map name be changed? If you voted yes, give a recommendation.

Sorry but you are not allowed to view spoiler contents.
None of these areas of fully done, so all of them are up for improvements.

I would like everyones thoughts on this, whether it should stay or go. I do feel knowing if the gun is good (like the color system in Borderlands) would help some players.

Can't wait to see what's next

Essentially every gun will be on the wall. The box is just there for convenience, and the wonder weapons. Of course you won't have a Tier V weapon in the starting room, infact you won't have any T5's in plain sight, all of them will be opened as a course of the EE or some hidden door. As for the other tiers, tier II are off the bat, like an MP40 or MP5, it won't be till the middle of the map do you see the Tier III & some Tier IV's. All weapons become Tier VI with some maybe pushing Tier VII traits once pap'd, or would it be better to directly scale the weapons so that it is altogether more valuable to get a Tier V? If people want the pap'd Tier V's could go up to Tier X instead of Tier VI.

ihaZzRaBieZI_haZzZ_RaBieZz
Quick update as the lower region of the map is mostly done. It will look much better once I put some FX around. 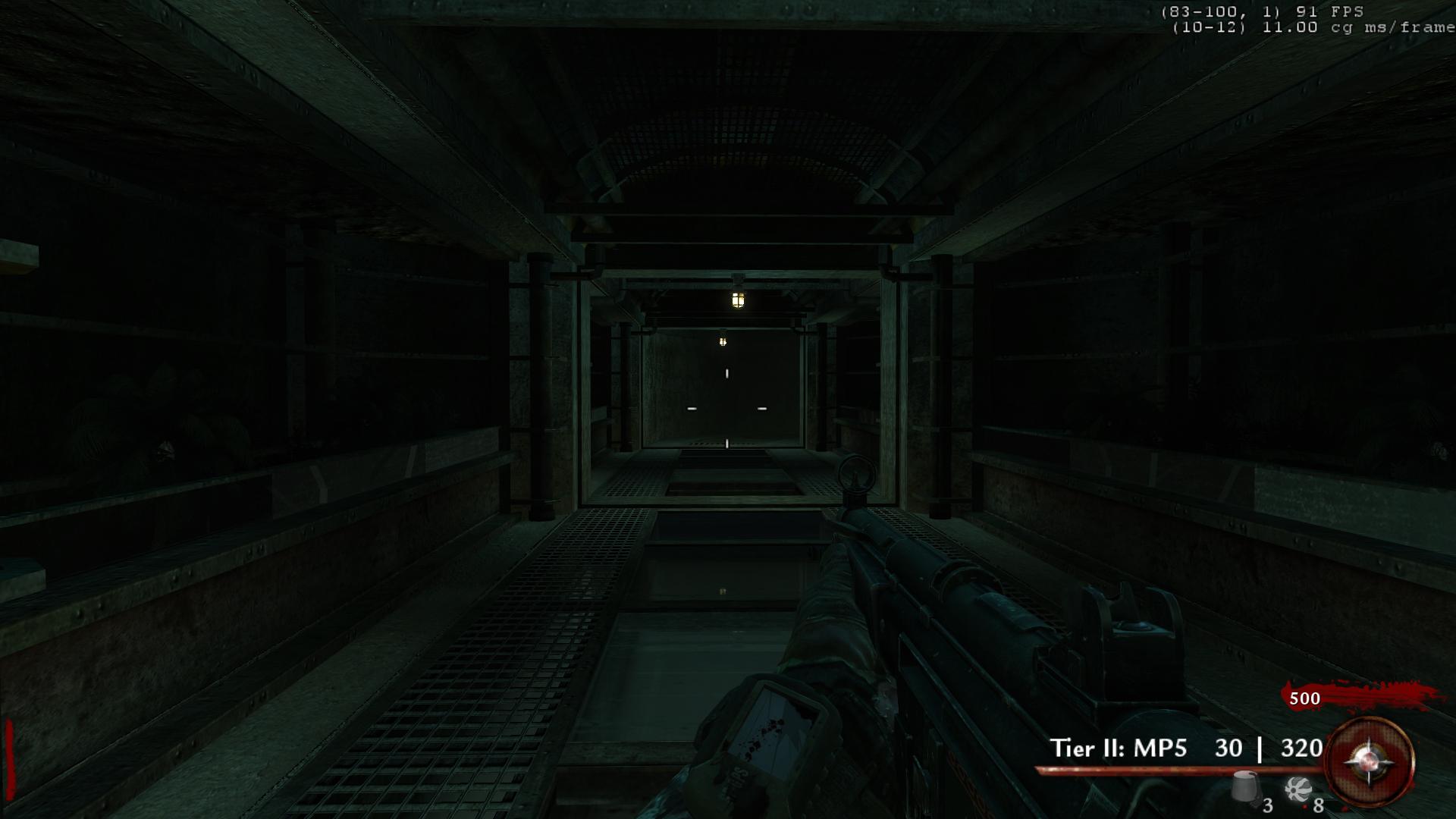 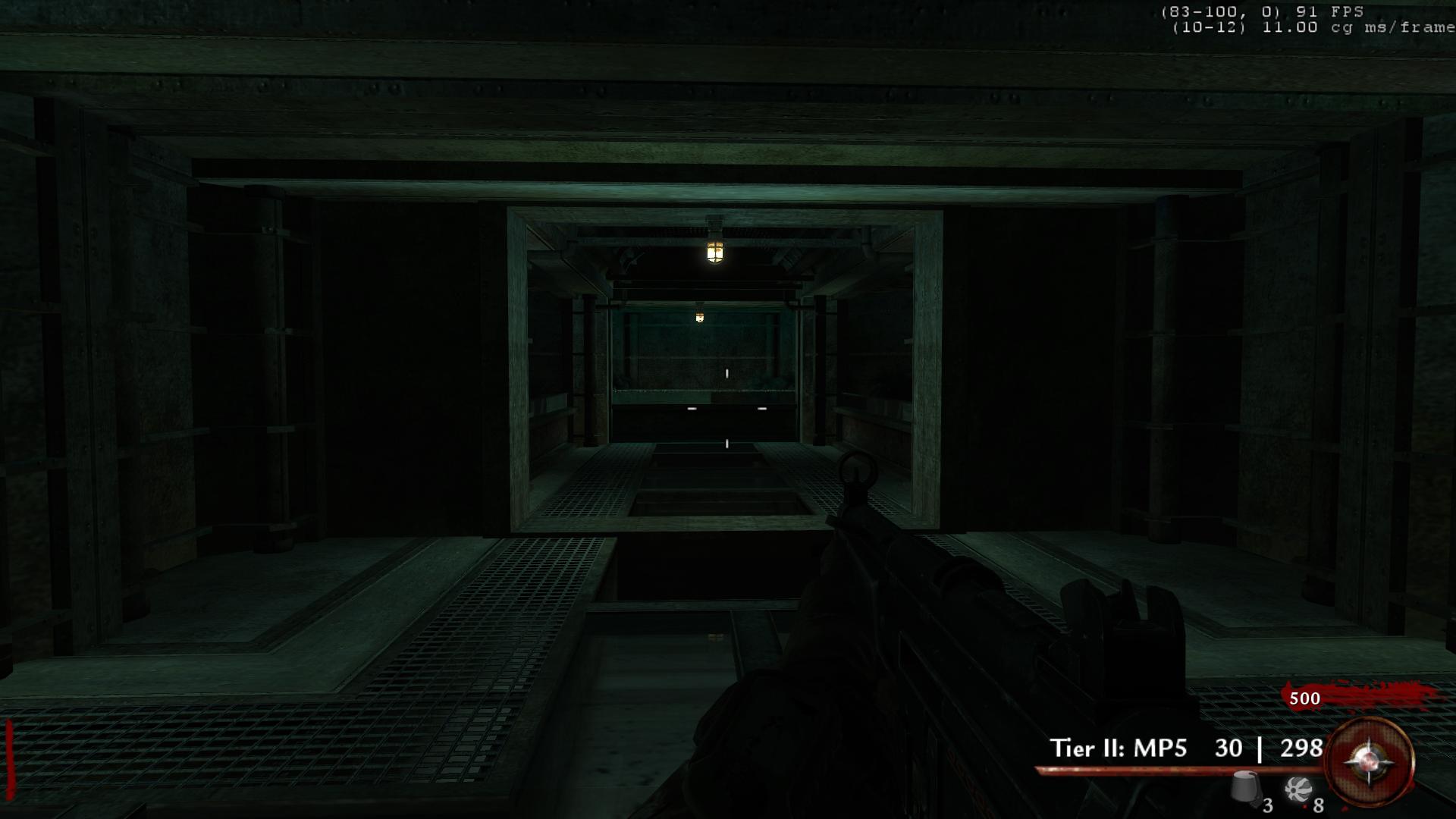 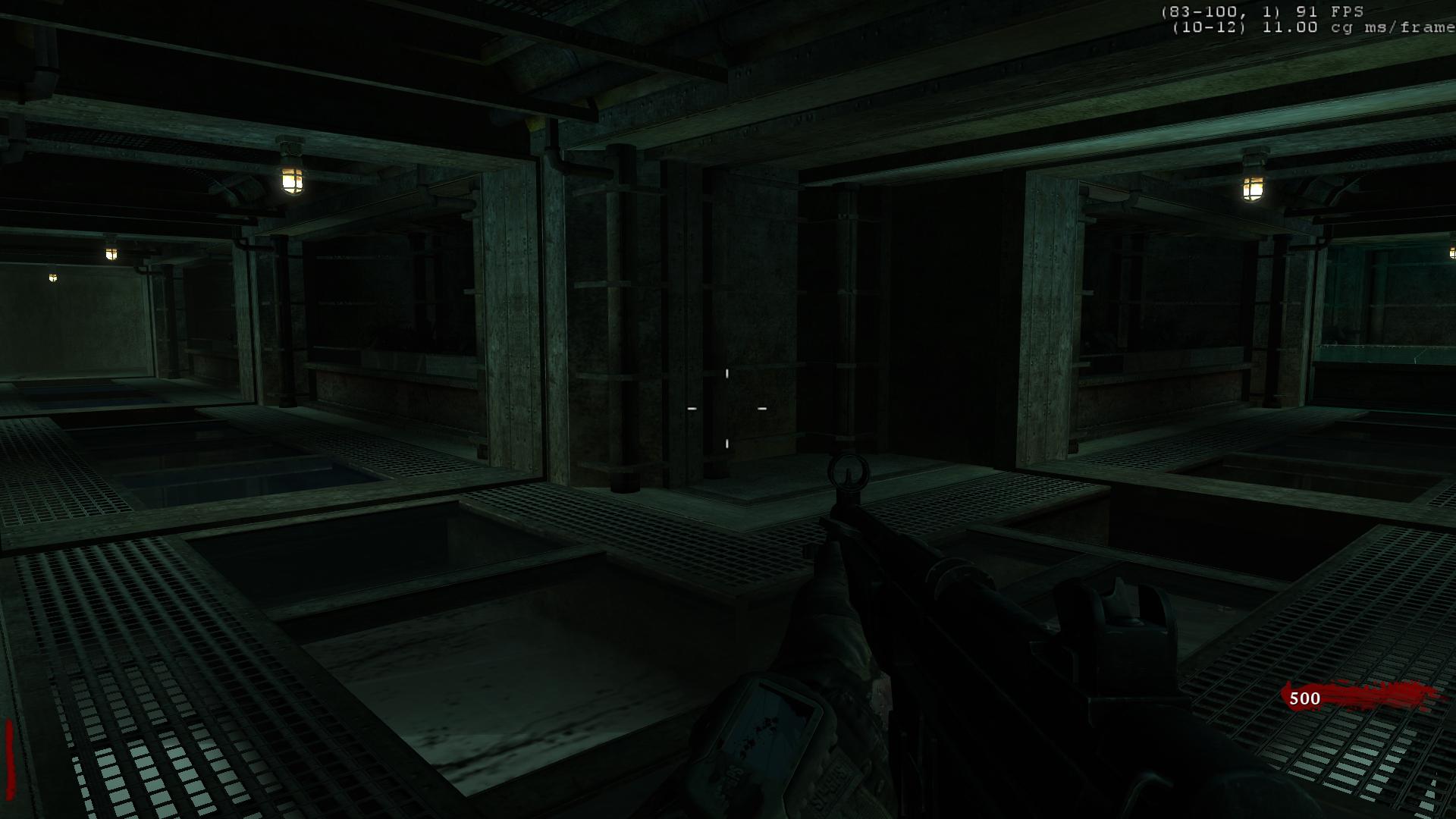 ihaZzRaBieZI_haZzZ_RaBieZz
Since the weapons are almost fully done, I've added a poll to see if people would rather have a normal PAP gun sound or keep the guns original sound with no tweaking.

ihaZzRaBieZI_haZzZ_RaBieZz
Ninjaman has fell into pee prison
1 like = 1 prayer 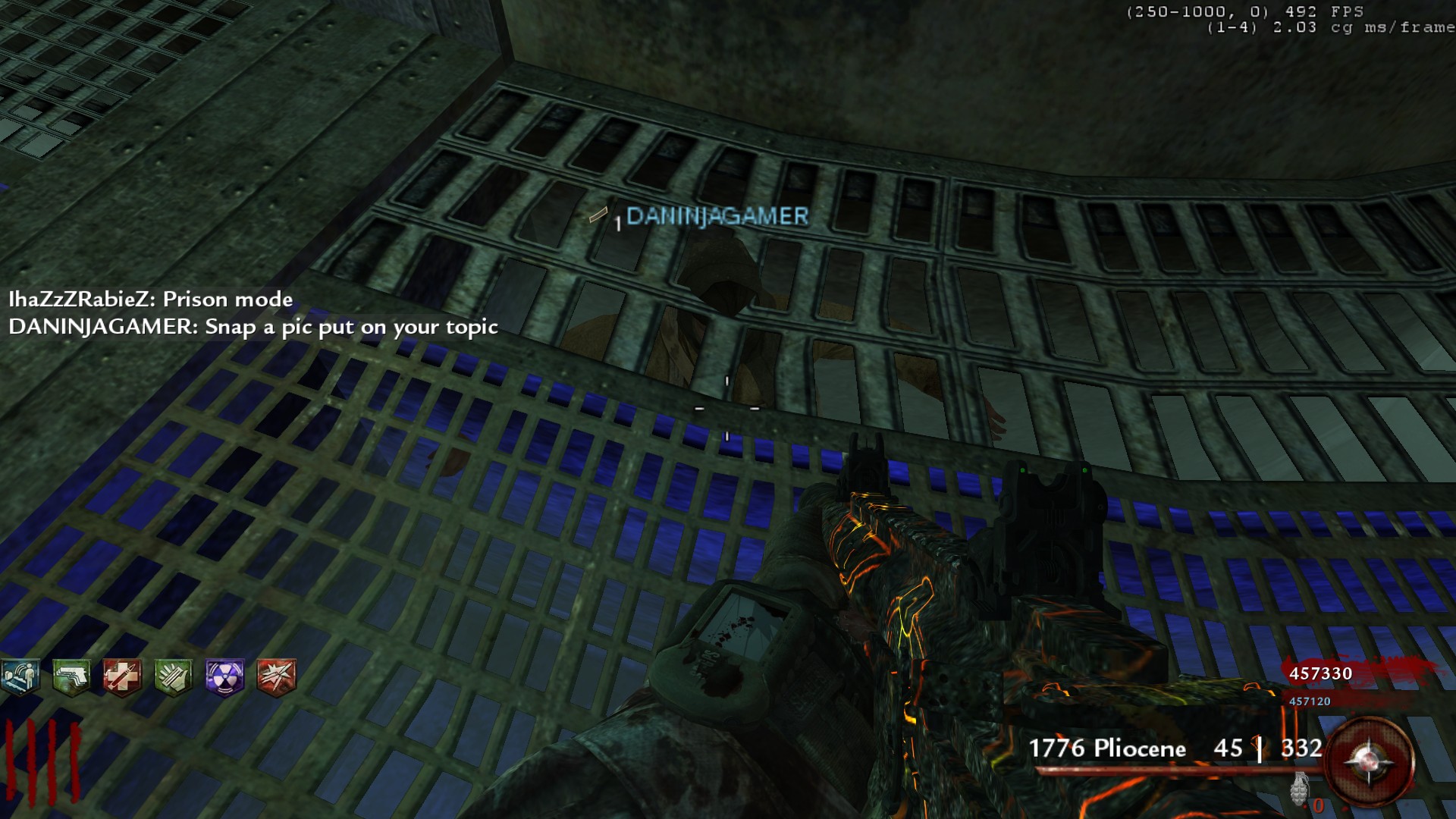 ihaZzRaBieZI_haZzZ_RaBieZz
Any scripters know how to put a button in the menu that has 2 different options like Normal and Impossible? I've got the button in right now as a yes or no thing, with the dvar working fine. All I really need to know is how to replace Yes or No with Normal or Impossible. Any help would be greatly appreciated!

ihaZzRaBieZI_haZzZ_RaBieZz
Haven't posted any pix in a while, so here are 2. Map is within a week to release. One of my current features is Nightmare mode; zombies sprint from the beginning and will become verruckt sprinters, than tranzit sprinters, and finally super tranzit sprinters. It's pretty impossible. 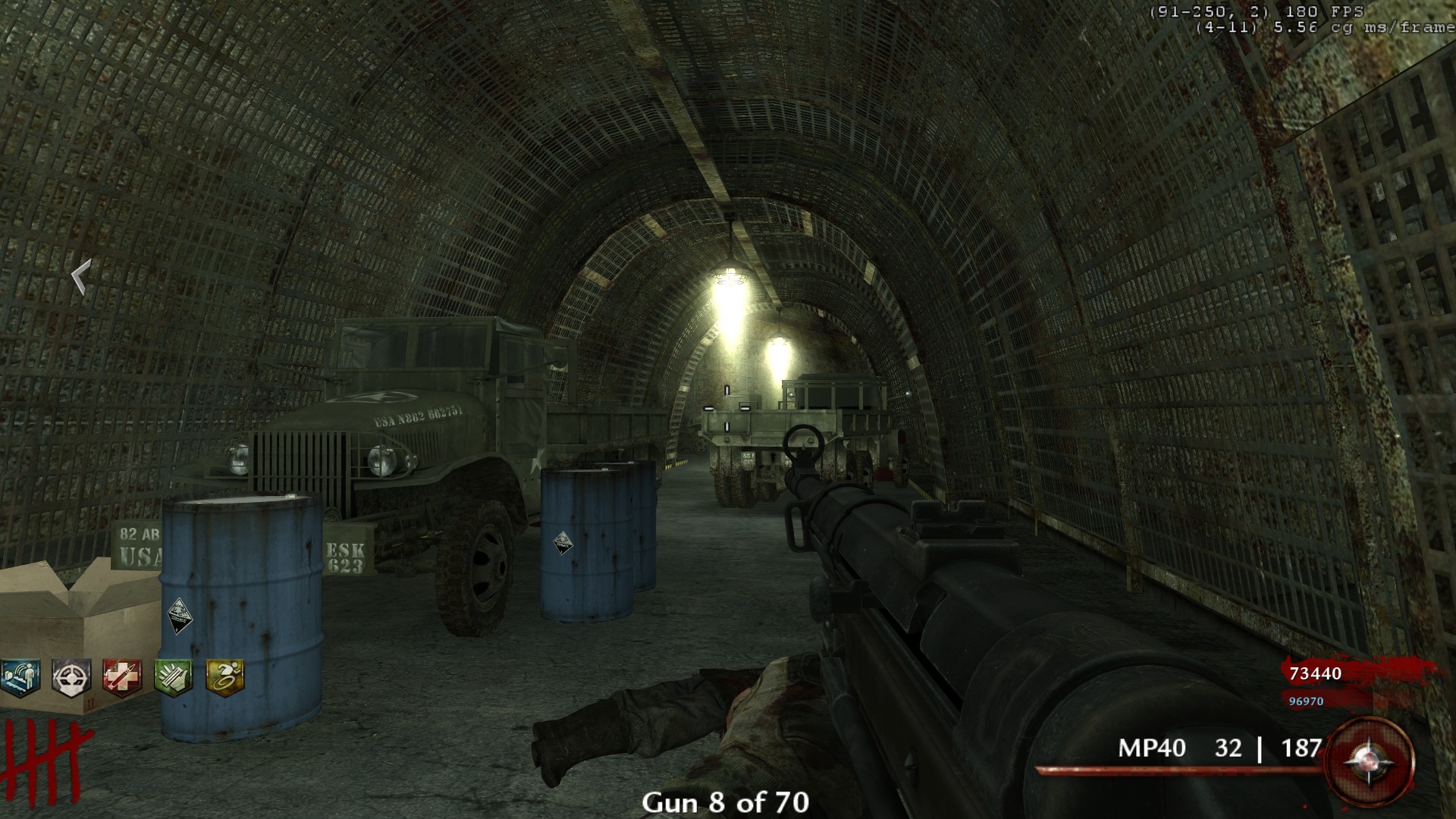 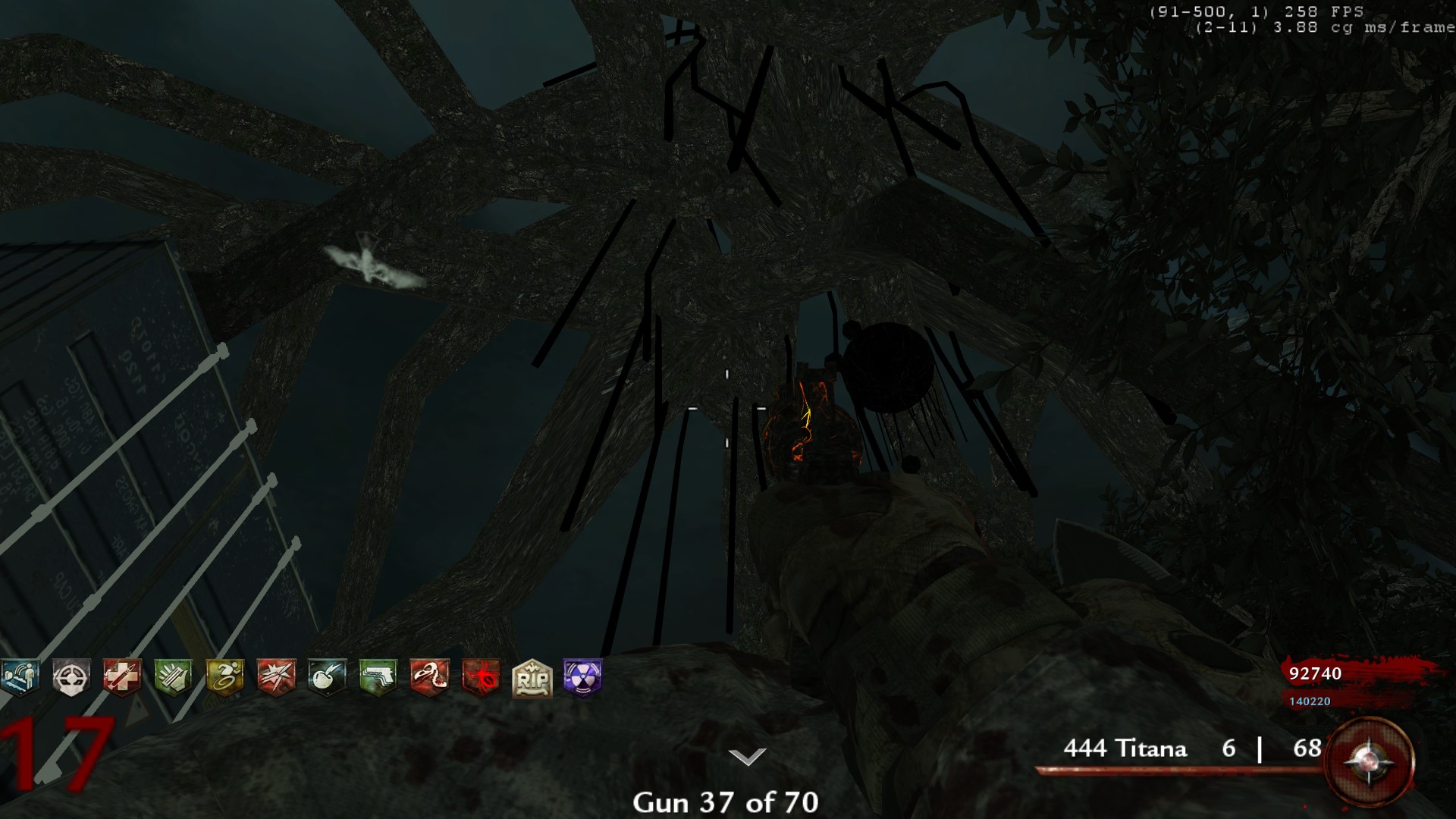 ihaZzRaBieZI_haZzZ_RaBieZz
Any scripters out there that can help me out with a small little script. The idea I'm going with is to spawn an fx at a random struct every few minutes that does blast damage. I really hope someone could help and it would be greatly appreciated

ihaZzRaBieZI_haZzZ_RaBieZz
Name might not be final, but for now I'm going to change it to "Eclipse".
❮ 1 2
3
4 ❱