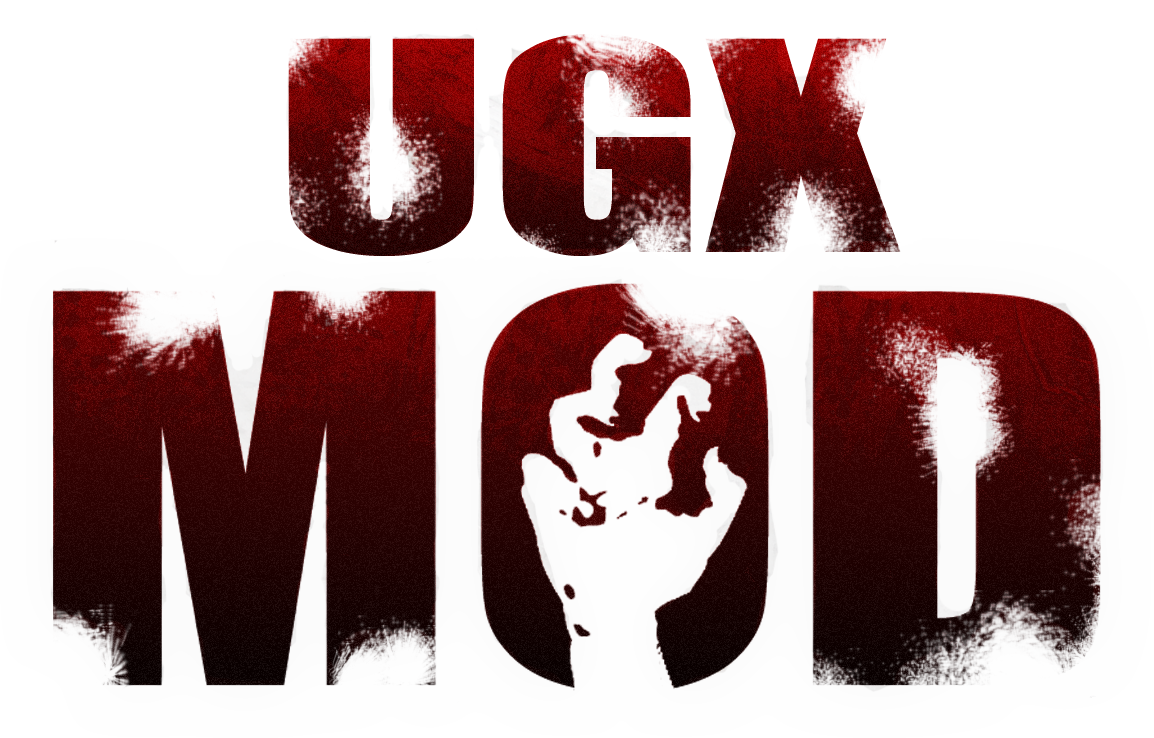 This is the standalone version of the UGX mod, which can be installed by developers to their maps.
THIS IS NOT A PLAYABLE MAP OR MOD!

You are responsible for backing up your map folder before attempting installation. UGX-Mods is not responsible for any damage done to your installation or map/mod due to user error.
Changelog:
- v1.0.4:
-- Fixed a bug when using the UGX Mod v1.0.3 in combination with the UGX Modtools Patch which causes a missing file error for "ugx_modder_help.gsc".
- v1.0.3:
- Updated file: raw/ui/challenges.menu
-- Fixed a bug where the main menu music would play if you used the in-game Challenges menu. If you are updating your root folder from an earlier version of UGX Mod Standalone, you will need to recompile your UGX Mod mod.ff for the changes to take effect.

- v1.0.2:
- Added vision setting to ugxm_user_settings.gsc. If you wish to use custom vision on your map. change the second parameter of line 15:

- Added objective support for 3rd party developers. If you wish to enable an objective gamemode option in the ugx mod menu in-game, change the second parameter of line 38 in ugxm_user_settings.gsc to true:

Once you do this, you can call your objectives script by encapsulating the first function call within a code block in your map.gsc:

v1.0.1: Added support for maps which did not begin with the nazi_zombie_ prefix.

Q. Why don't my guns have any ADS animations? Why are my viewhands default? Why am I getting a script error when I load my map?
A. It is very important that you make sure your map does not use any gsc files which UGX Mod is already modifying. For example, if your mod has it's own _loadout.gsc in the iwd, or it's own _zombiemode.gsc, they need to be excluded from the iwd compile in order for UGX Mod to work. GSC customizations need to be moved into ugx_mod.iwd's _zombiemode.gsc. This should not be difficult for most people, since you have to have a basic knowledge of scripting to have even modified _zombiemode.gsc in the first place (I would hope).

Q. How do I compile my map without UGX Mod? I'm done with my UGX Mod map, how do I go back to making regular stock-style maps?
A.When you want to compile a map without UGX Mod loaded into it, you need to rename your "ui" folder to "ui - UGX_MOD" and rename the "ui - ORIGINAL" folder to ""ui". Same goes for "ui_mp". Then you need to go into /root/zone_source/ and rename zombiemode.csv to zombiemode.ugx and dlc3.csv to dlc3.ugx, then rename zombiemode.original to zombiemode.csv, and dlc3.original to dlc.csv. Lastly remove ugx_mod.iwd, ugxm_guns.iwd, localized_common.ff, and localized_mapname.ff from your root/mods/mapname folder and appdata/mods folder. To go back to UGX Mod compile mode, reverse these steps. You are basically just swapping between the stock ui + csv and the ugx_mod ui + csv.

Q. I added the UGX Mod to my map, and now I get "1600 sound limit exceeded!" or "400fx limit exceeded!"
A. UGX Mod cannot be installed unless you are the developer and compiler of the map. You must be using our custom dlc3.csv and zombiemode.csv, and you must make sure you properly renamed the root/zone_source/english/assetlist/mapname_ignore.csv to match your map's ff name.

Q. Why does the font look weird when I compile my map?
A. This is a minor side effect of using the CoD4 font in WaW - ignore this issue, it will look fine in-game.

Q. Why does the font look weird or garbled (unreadable) when I launch my map? Why does the main menu still look normal, and not like I designed in Photoshop?
A. You did not install/compile the UGX Mod mod.ff to your map correctly. Follow the instructions again, slowly and carefully this time.

Q. When I compile my map with UGX Mod, I see this error in Launcher:
[/list][/list]A. This error is just a CSV typo. It can be safely ignored.


Timed gameplay can optionally be activated on all five game modes, and on certain UGX official map releases there will be an option to enable objective gameplay too; this will be specific and unique to individual maps.

RANKING SYSTEM
The UGX mod tracks stats and points gained in matches, allowing you to rank-up - this will unlock beneficial abilities or other unlockables to make your game experience persistently fun!
In addition to this there is a unique Challenges system with a variety of special prizes awarded to players who manage to master a weapon, or perform an awesome feat. This includes all-new challenges which we've created ourselves!

, for their donations and for the time they spent testing the mod on various maps.
Treyarch, for developing this shitty game that we love so dearly.
Infinity Ward, for making this engine a living hell.
KDXDARK for assisting with finding a  vision bug in v1.0.2. Treminaor, for a while I thought this day would never come

but bro...YOU DID IT!!! A huge freaking thank you to everyone at UGX that had a hand in this. I can't wait to see the future maps that use this mod.

thanks but i got a usb i put them on

i got this error

The dogs work on classic mode?

maybe no if you dont delete the lines on zombiemode.gsc

1
2 3 ... 16 ❱
Loading ...
New version available!
All running pages of UGX-Mods need to be reloaded for your best experience. Be sure that you finish all your work before updating!