A big "Thank you" to the UGX community

As most of you have probably noticed already im not around as much as I used to wich has a fairly simple reason. I started studying architecture on university a week ago (Had to sort stuff out prior to that aswell tho).

The custom zombies community, especially UGX have been a really great creative outlet for me and I´ve always loved talking about visuals, how some rooms would work out and such, and even to I never really released any map I still enjoyed working on all those broken prototypes.

Long storry short: A big THANK YOU to everyone I´ve been talking to on here for helping me find my motivation for creating content or rather for creating "places"!

I sincerely hope I get the possibility to create something with the bo3 tools for a project or just in my spare time but at the moment it seems like UNI is going to take up most of my time.

TL:DR  Hammy will be an architect because of you! <-Is that a good thing or not?!

Today I finally found the time (and the motivation) to actually sit down and get some stuff done in preperation for the bo3 tool. It was the first time of me actually using the waw tools on windows 10 but everything seemed to work.

Until I tried to start the asset manager.

The only thing that happened was launcher throwing an error: FAILED TO EXECUTE: asset_manager 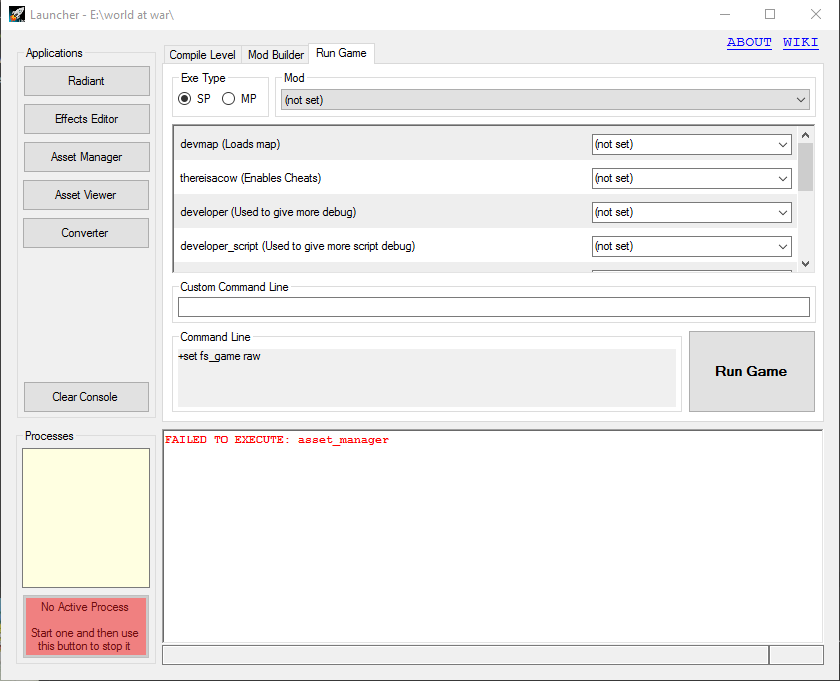 I tried to manually launch the asset_manager.exe from the waw bin and that put out an error aswell, something about invalid Side-by-Side Configuration. (No image due to german error message)

Soo some german youtuber team are making a weekly top 10 series. This weeks was about zombies in general. They praised Bo1´s "Call of the Dead" for being a funny spin off of known zombie movies and all of a sudden they show clips of rollons gun mod on cotd So I´ve been looking up 3d scanners just outta pure interest for the tech (those usually cost 200$ or more) but I´ve stumbled across this video:

The original forum topic to this tutorial has been deleted so i recreated it. If you know the guy who originaly made it please tell me

Ever since making the christmas contest map (with ugx mod on it) Im getting this error during the path connect wich stops the paths from being connected at all: The weird thing is that there is a $default in material, material properties and images.

Thanks for the help in advance guys

The original tutorial for this was made by Sparkymcsparks and C.H.N. you can find C.H.N.´s tut here, and sparkys tut here.

The original tutorial was made by someone on the mods repository site. You can find the tutorial here.

So I´ve been thinking about this for a while now and i finally started it. This is gonna be a series of tutorials covering some easy to do visual tweaks and functions. The main reason decided to create this was that most the tutorials for these things are scattered around some forums and I wanted to create a place to basically collect them all for easy access.

Hope you enjoy it as much as i did making it!

Hi all,
ive decided to get some weapon ports going now that the new contest is on but ive run in a bit of trouble with this one. Im trying to get the re45 from titanfall to work and like most people i went and got the cod4 source files on cfg-factory. Usually these are drag and drop from what i remembered but there seem to be some issues with this one. If you drag and drop 'em the weapon appears invisible and upon inspecting with toms xmodel utilities they tell you its a cod4 file. Well as toms tool was able to show it i figured that i could just export it from there and reimport it to waw and itd be working and in maya it does. Yet i dont get a missing image error when converting it (when they ARE missing) and to gun does appear all black ingame.

We ('Lurian and me) will send you and up to three friends into the Nerv Headquarters from
Neon Genesis: Evangelion.
---

---
[Spoiler* alert for those who haven't watched the movies yet! Seriously, watch them! (List of all the movies at the bottom!!)]
---
Setting/Story:

After the near Third Impact most of the land surrounding the destroyed Tokyo III is arid. Few survived the nuke like explosion and those who did are sure not to be able to return to their everyday lives.
A group of four is trying to reach the former Nerv Headquarters thinking that they could build a new base to live in there.
However, close to one of the entrances they blunder into an ambush of Tokyo III residents, people who surely had no chance of surviving. The squad barely manages to get into the tunnel and close the gate but once inside they realize that they are sealed in.
Can you find the reason behind the running corpses? 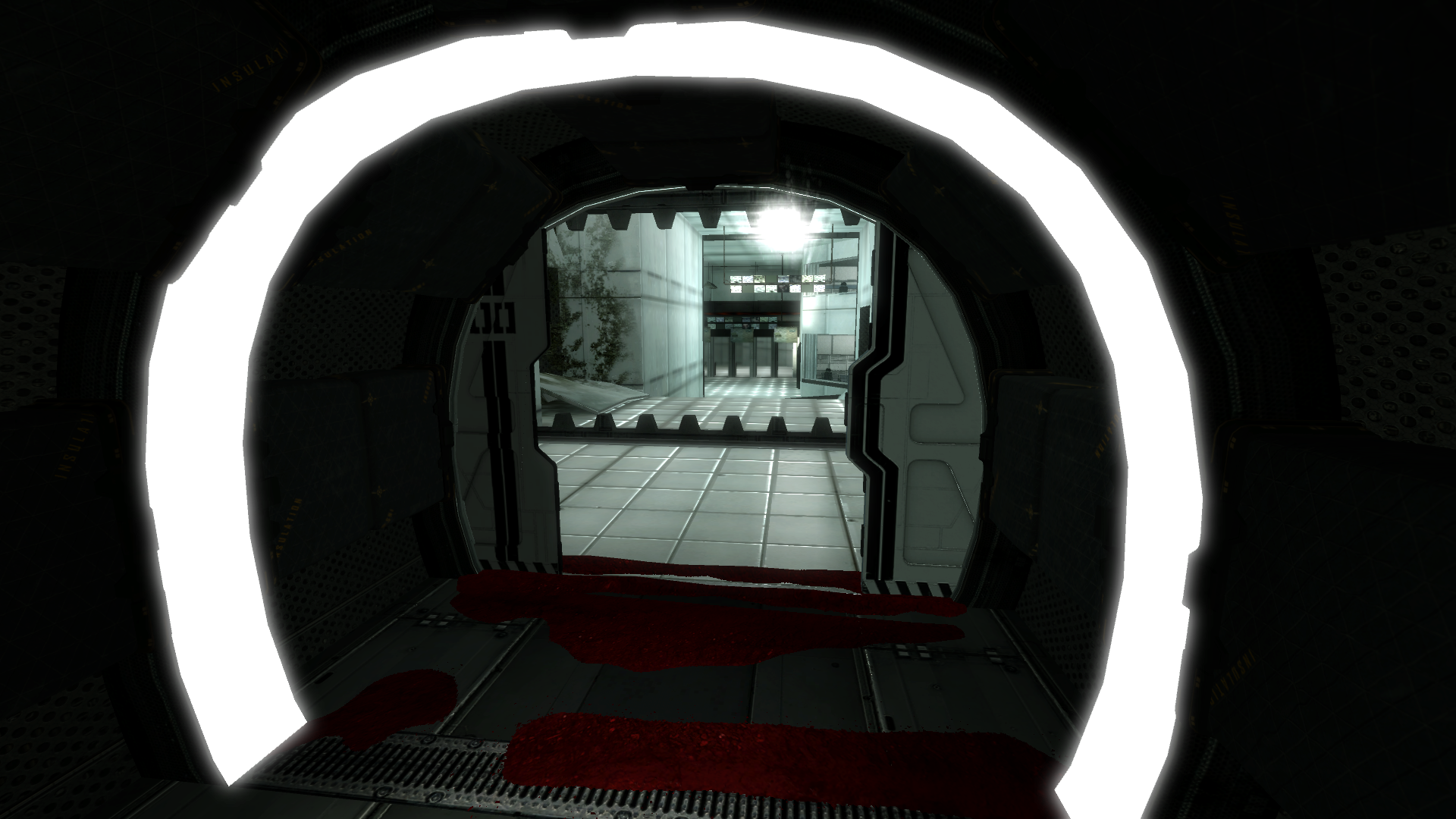 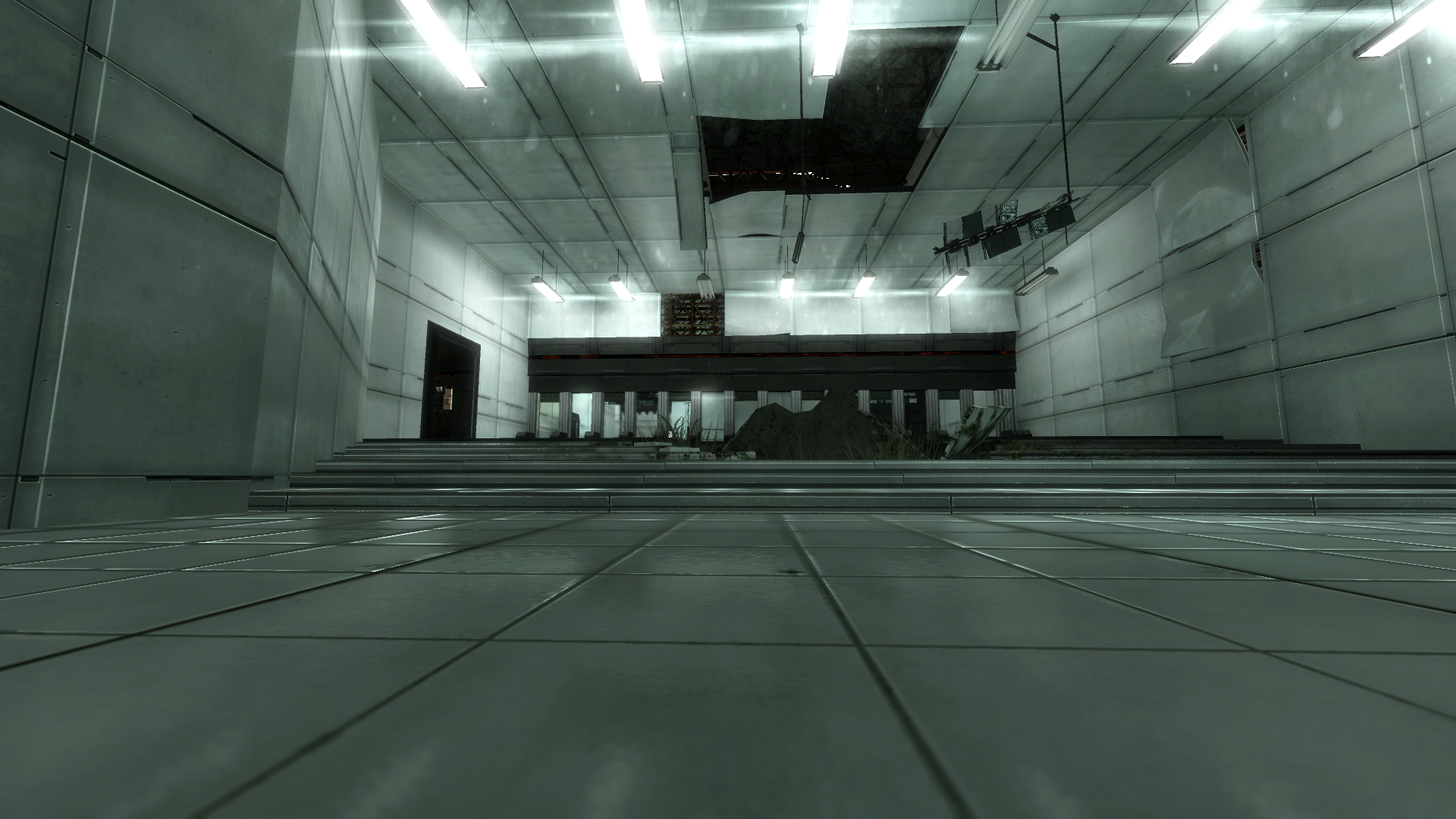 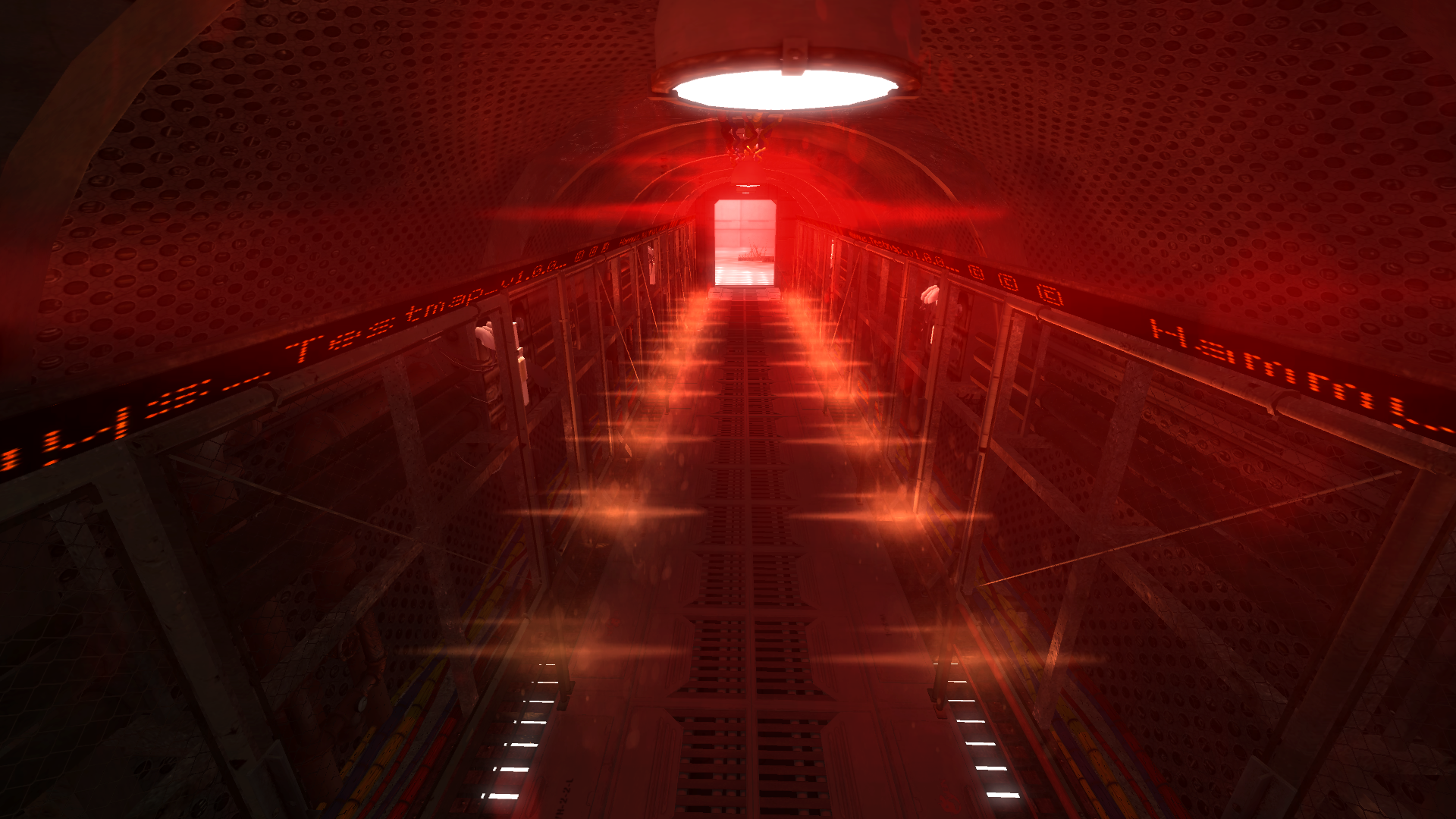 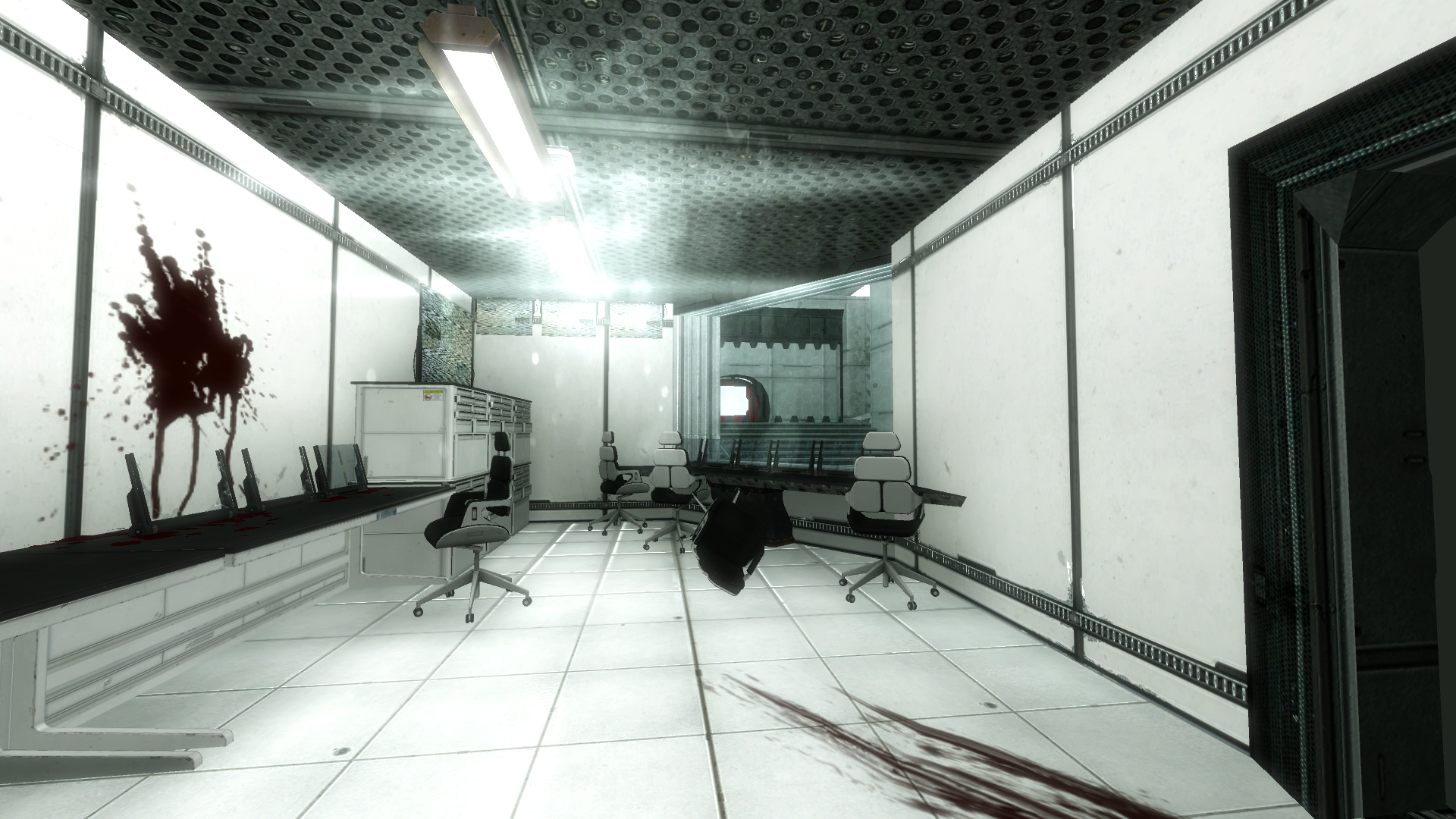 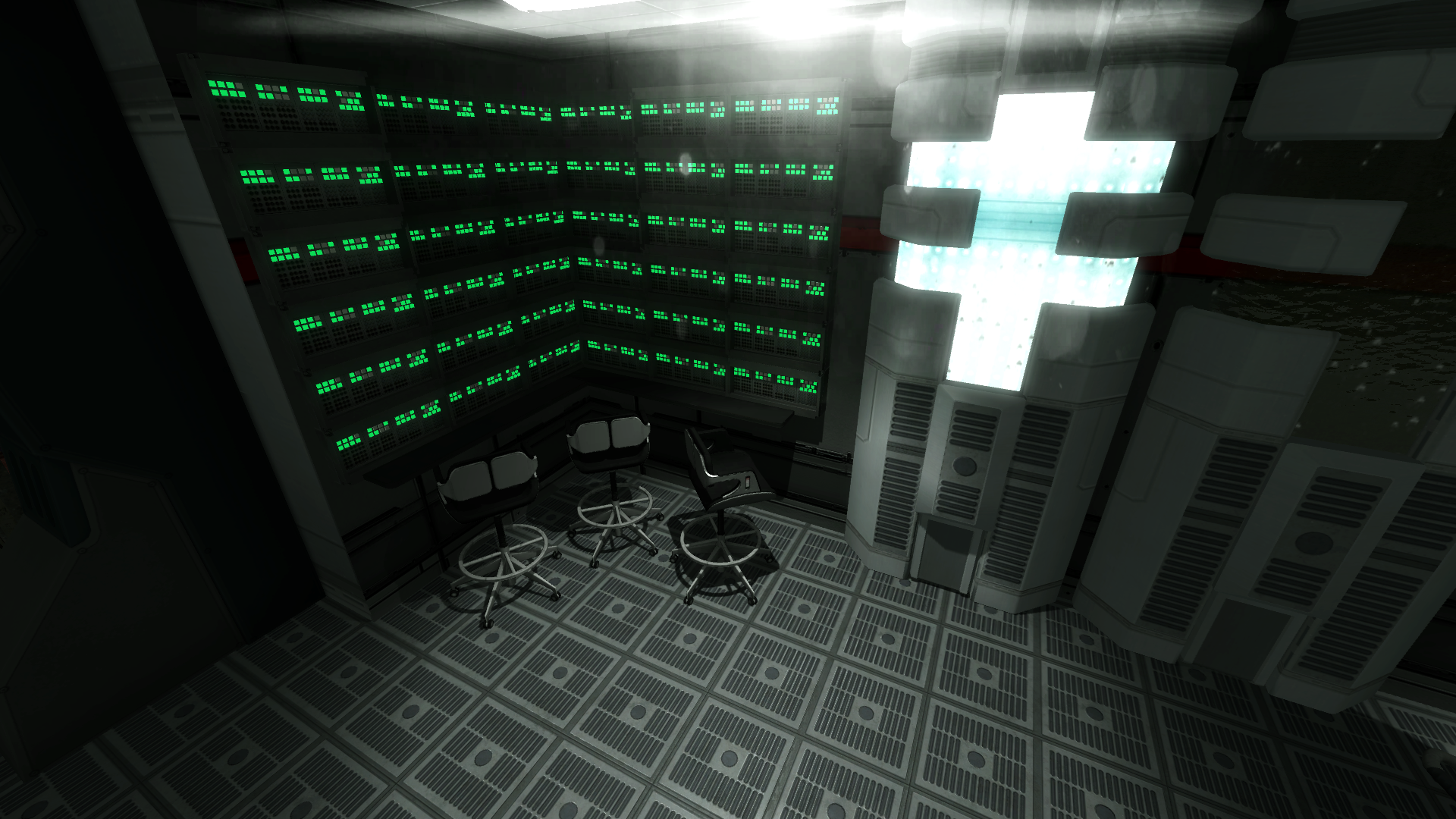 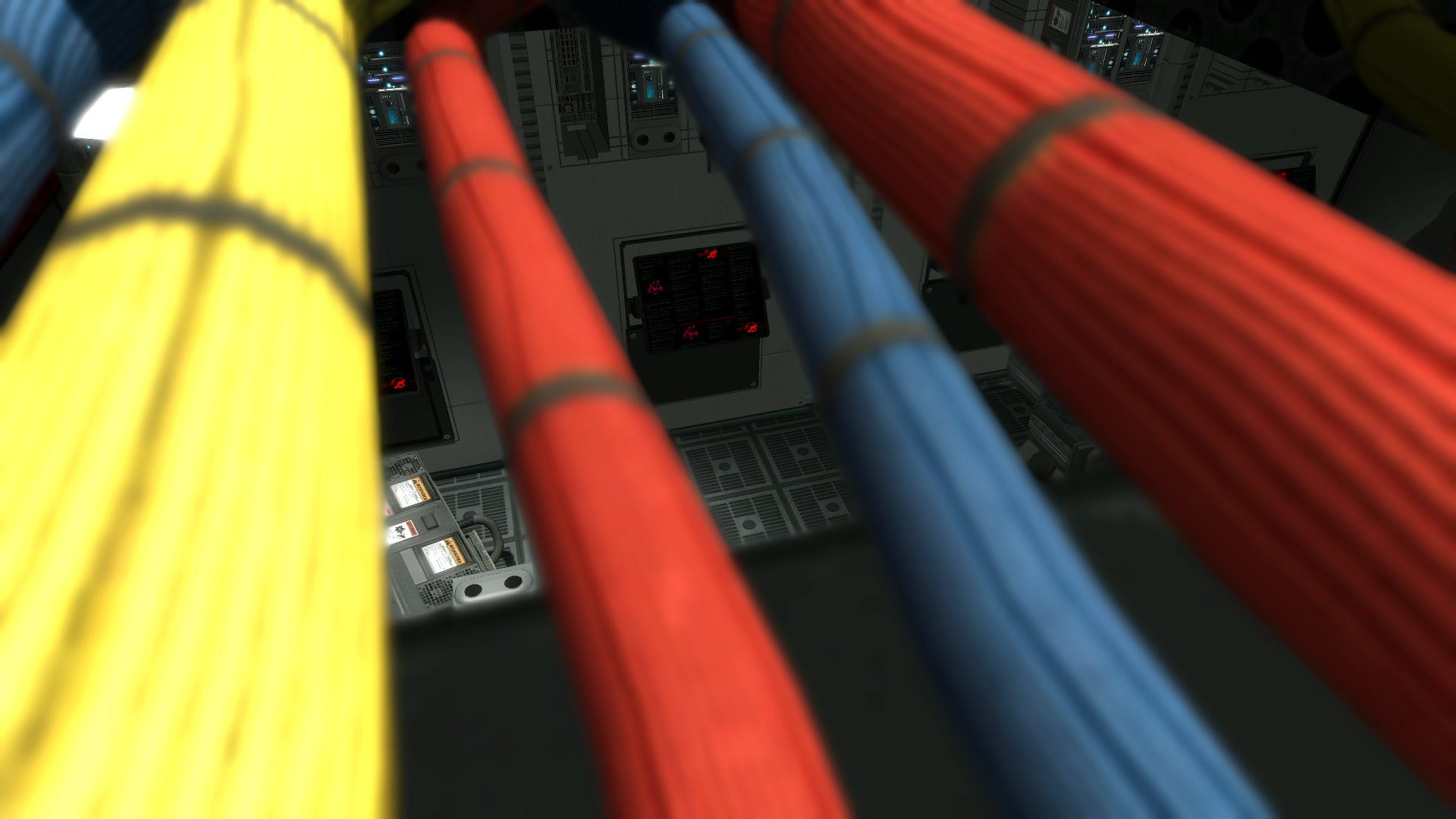 Some Shots of our modular hallway system 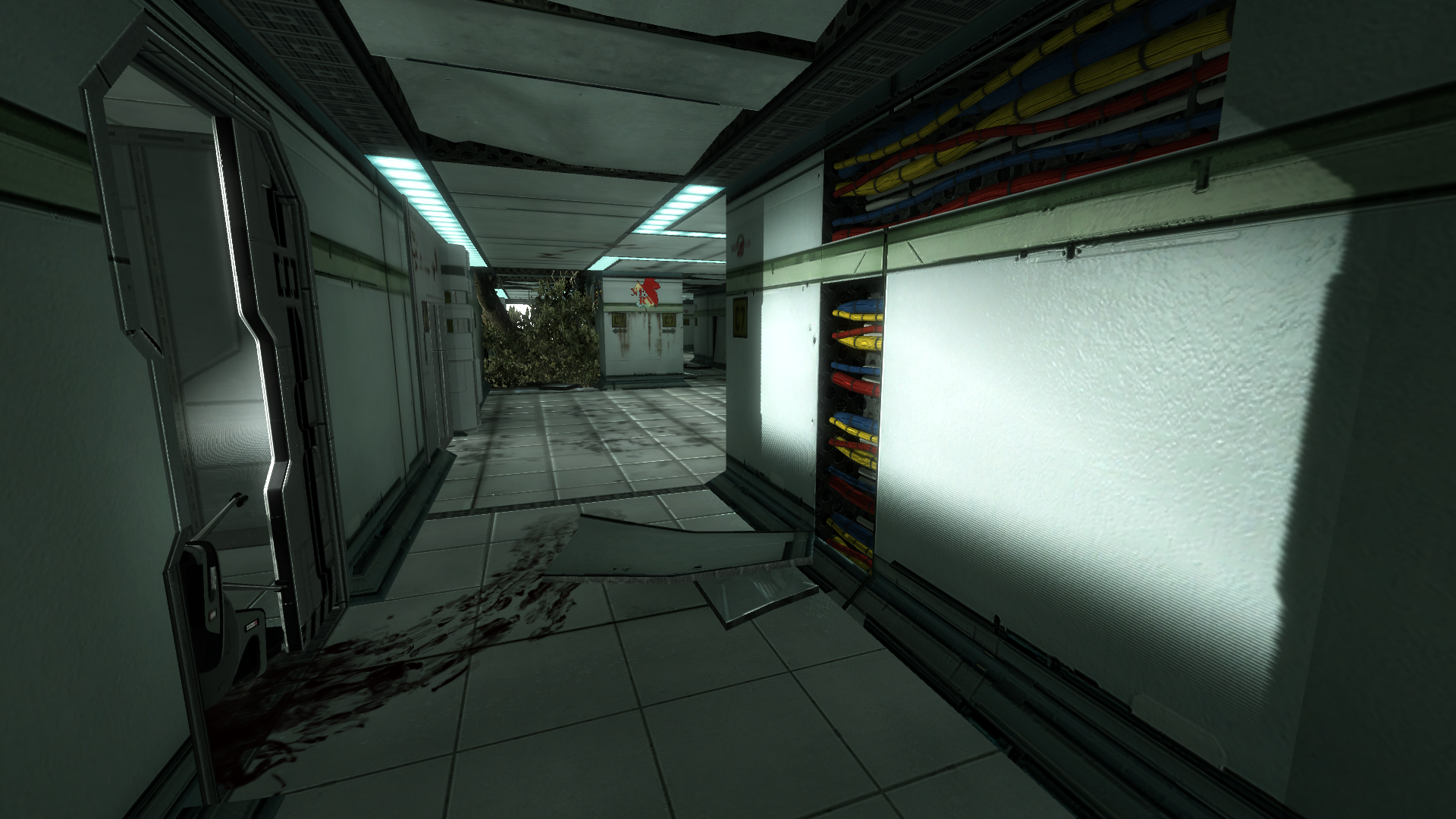 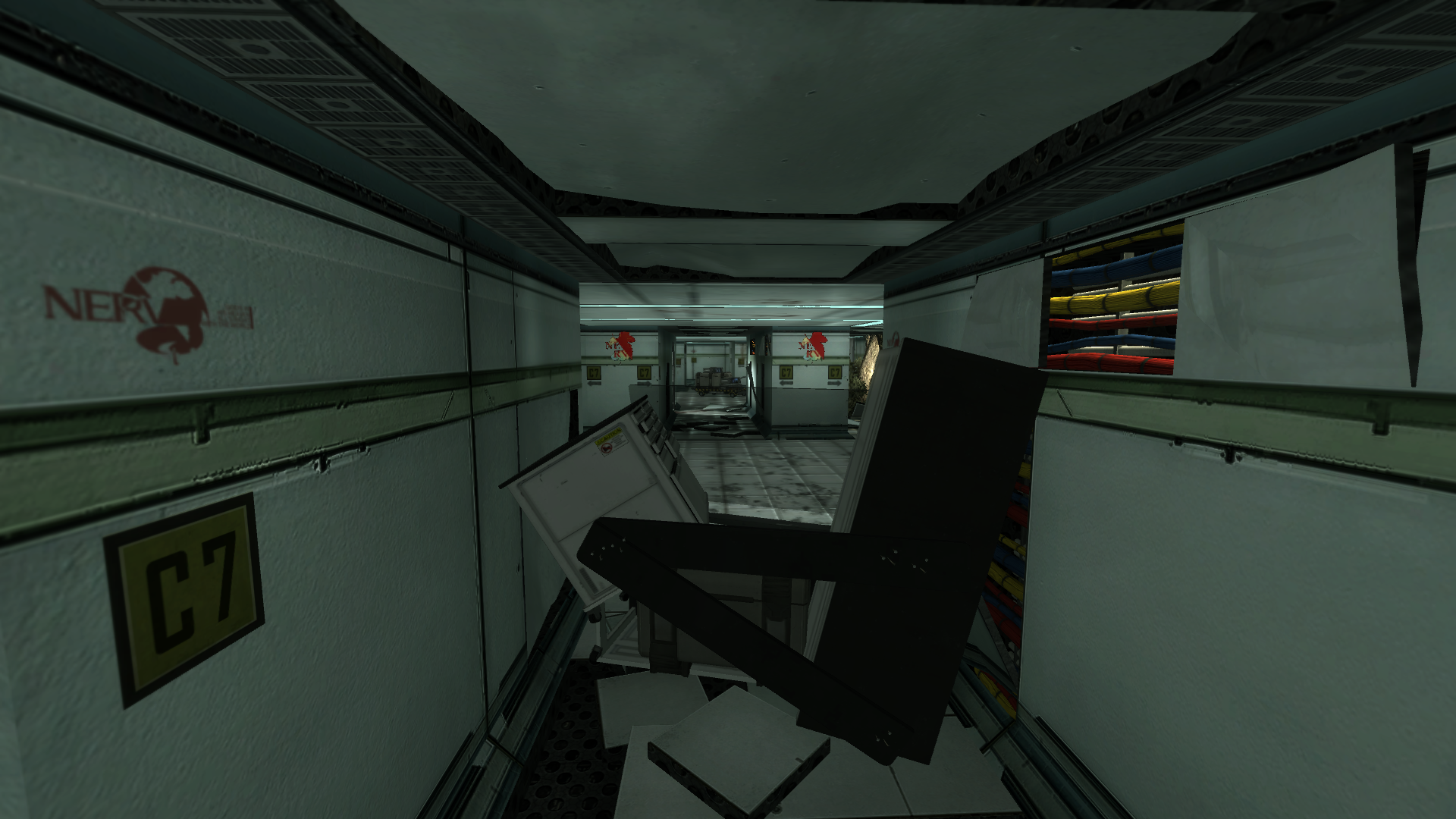 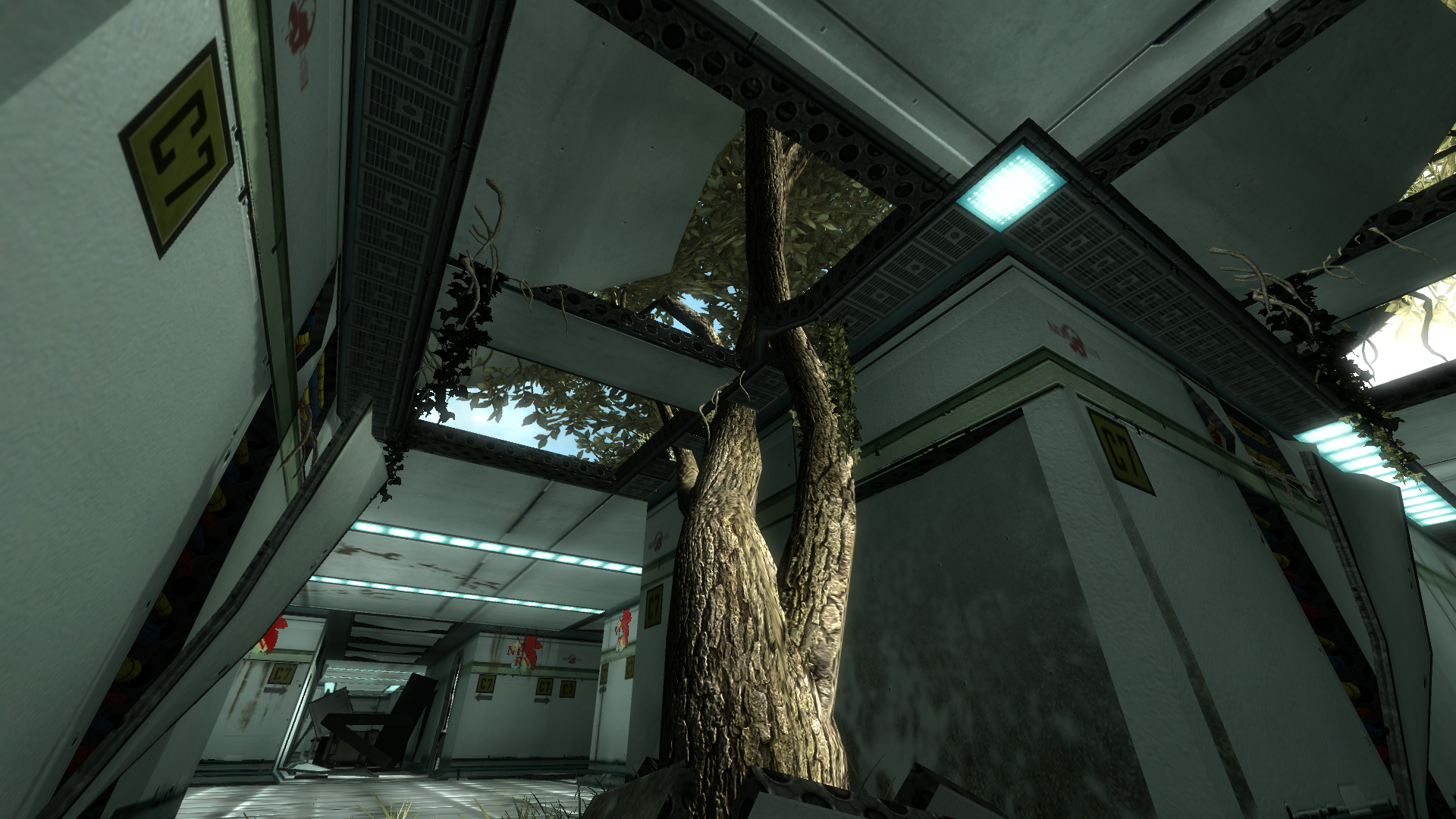 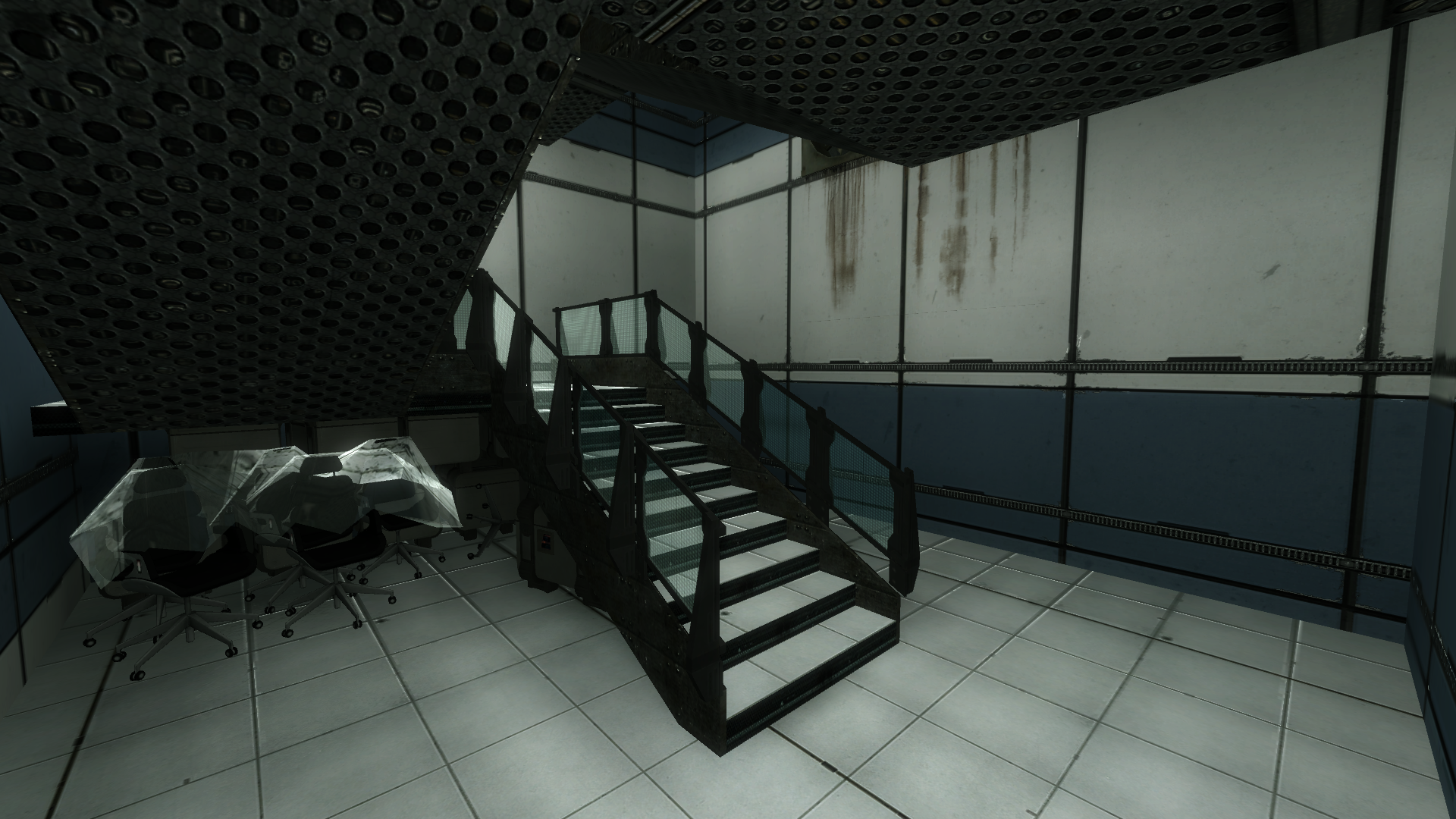 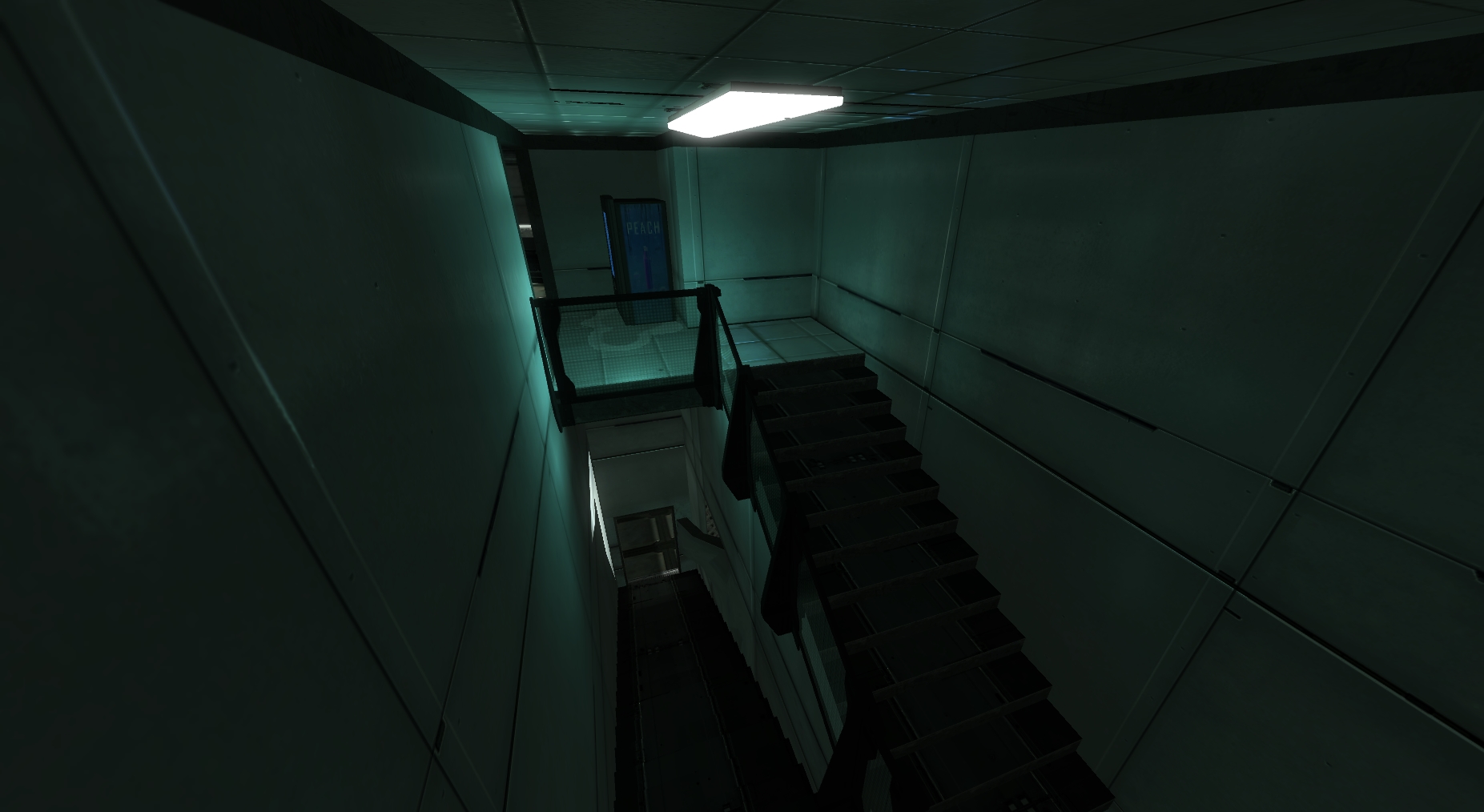 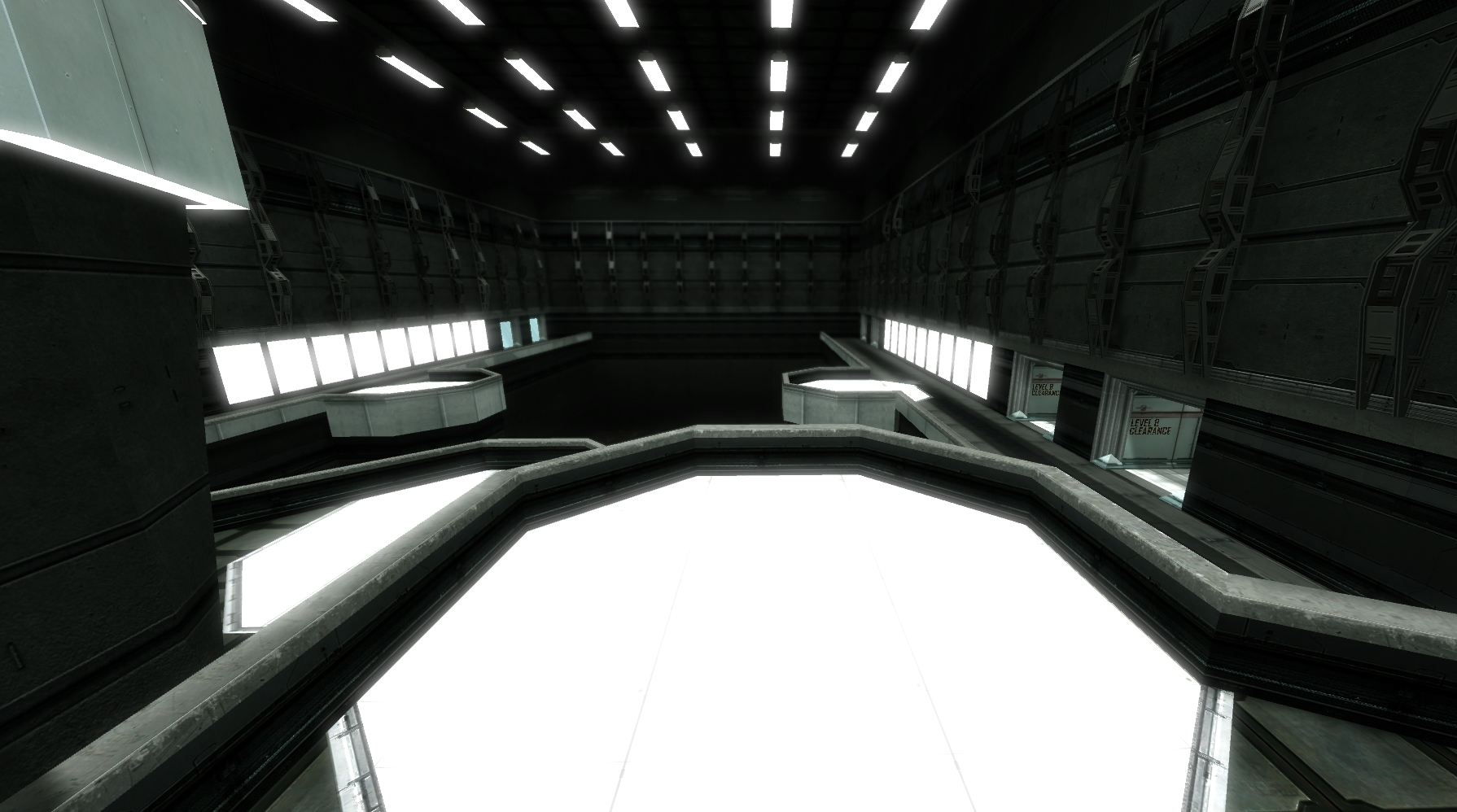 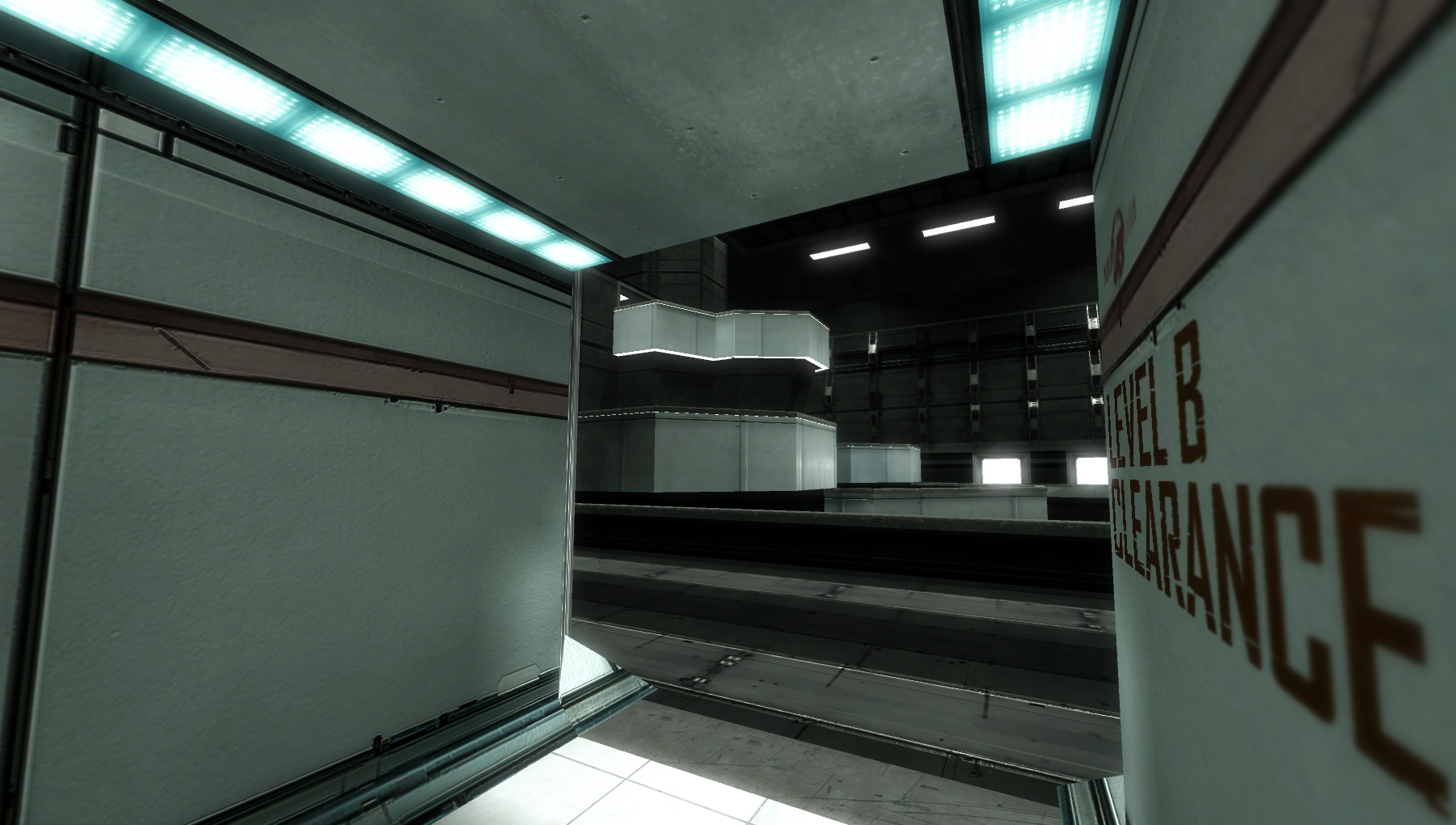 [/center]
---
References for the playable/visible areas:

We finally have more pictures to show our mapping progress and some concepts for various rooms (which I added above), additionally more weapons, scripts, a better vision-file etc. are implemented now.
As we now have more custom models and textures to work with there'll be even more visible progress soon (credits will follow, I'll have to ask hams where he got them from).
---
*It will slightly touch on the Storry of the Show/series aswell jet it's mainly based on the movies. We'll keep a lot secret and will give our best efforts to make you wanna wach the movies aswell.
6 years ago

So it is here at last. I didnt quite come around to do it so there you go. (fixed start points)

(this map was created for the youalwayswin mapping contest 2014)

Ok so this is not neccesarrily the way I look at things but a thought I had recently and i felt like sharing it.

So in the named movie (at least from how i understood it) humanity is not pysically living in the real world. Humans are living in a digital world, leading the life they had always wished for and also life in peace (if they prefer to do so). Neo and all the other guys and gals are obviously trying to corrupt that system BUT from my point of view there is absolutely no need to do so. Isn´t this system everything that humanity wants to achieve? Everyone can lead the life they want, there is no power issues because it´s all generated by the pysical humans. Obviously the matrix is not that in the movie but if there is the power and resources the generate a world like that it would be possible to achieve if it´s wanted.

Let me hear your oppinion on that.

Story:
4 of you managed to flee to the snowy backlands of Sweden after the apocalipse. 10 years of living in peace had passed but jet they still found you... Well every one of you guys who has ever ported a gun form bo2 or bo1 has most likely noticed that the guns dont have the shine and reflection effects they had in the original games and you just accepted it thinking: "Well waw couldnt handle those reflections

" BUT waw is indeed capable of having reflections looking almost exactly like bo2´s.
Well now you are most likeley like "Whats he talking about just applying a specmap looks weird o.O" but its not just applying a spec map.
In order to get those epic reflections you are going to have to use the cosine powermap and env mapping funktions in asset manager. In interest of time im just adding pictures of about what those images will look like. (my example is the msmc)
Color Map (format: .dds):
_-gmtl_t6_wpn_smg_msmc_col.dds Normal Map (format .tga):
mtl_t6_wpn_smg_msmc_nml.tga !!IMPORTANT!! Bo1 and ghostsexports dont have those bule-ish normal maps. The green and grey colored ones wont work. To get those to work look for a normalmap plugin for whatever image editing programm you are using. 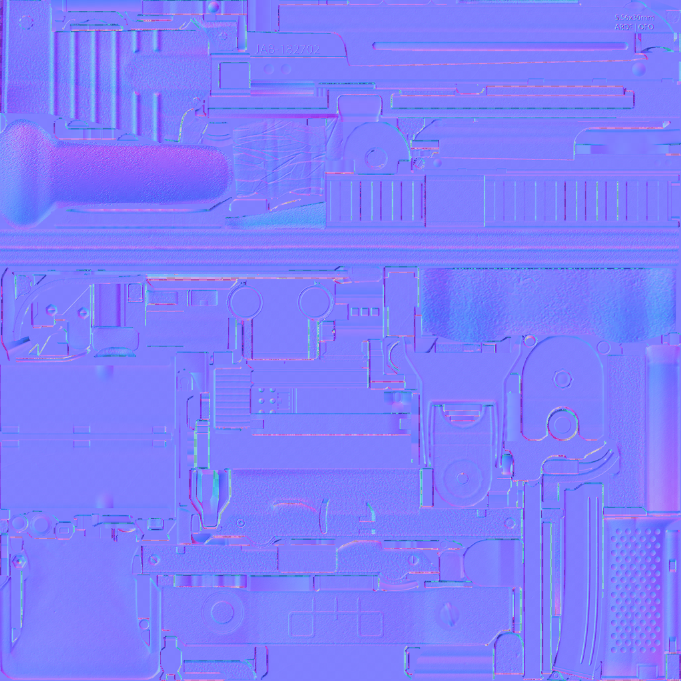 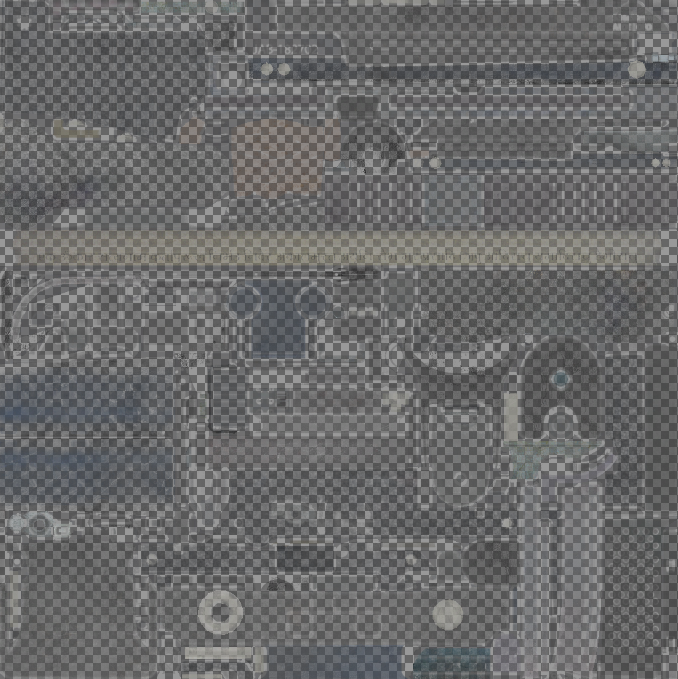 Cosine Power Map (format .tga):
__-gmtl_t6_wpn_smg_msmc_env-r_19c19d50.tga !!Important!! This image is most likeley not included and youll have to make it yourself!! The way you do this is open the Specular Color Map delete the alpha channel make it a black-white image and export it using another name. (also tweak the brightness of it until you are happy with it (this is really bright for bo2 lookalike effects)) Now to sum this up you get a look at the msmc that I proted for this tutorial:

This is how the msmc you ported probably looked like:
http://youtu.be/MX0AFMqNthQ

I really hope this helps alot of you guys.
Thanks for reading
-IHammy