Welcome to the Infection Ward!
This is my new personal project for World at War zombies, and I intend to spend a lot of time making it truly epic.

The map will be set in an overrun, abandoned hospital building which naturally will offer a lot of close-quarters gameplay. Tight corridors and clutterred rooms won't be the only playable spaces though, since you'll also be able to enjoy roaming around the building in a large parking lot, as well as under a bridge near a crashed train and even on the rooftop of the building!

I am currently planning to include the UGX Standalone Mod in Infection Ward, and in addition to the unique map with custom models and textures, will create an awesome zombie survival experience. The addition of modern weapons, as well as various assets, will take this map well out of World at War's typical WWII-based setting and throw players into the modern world, full of infected zombie hordes! 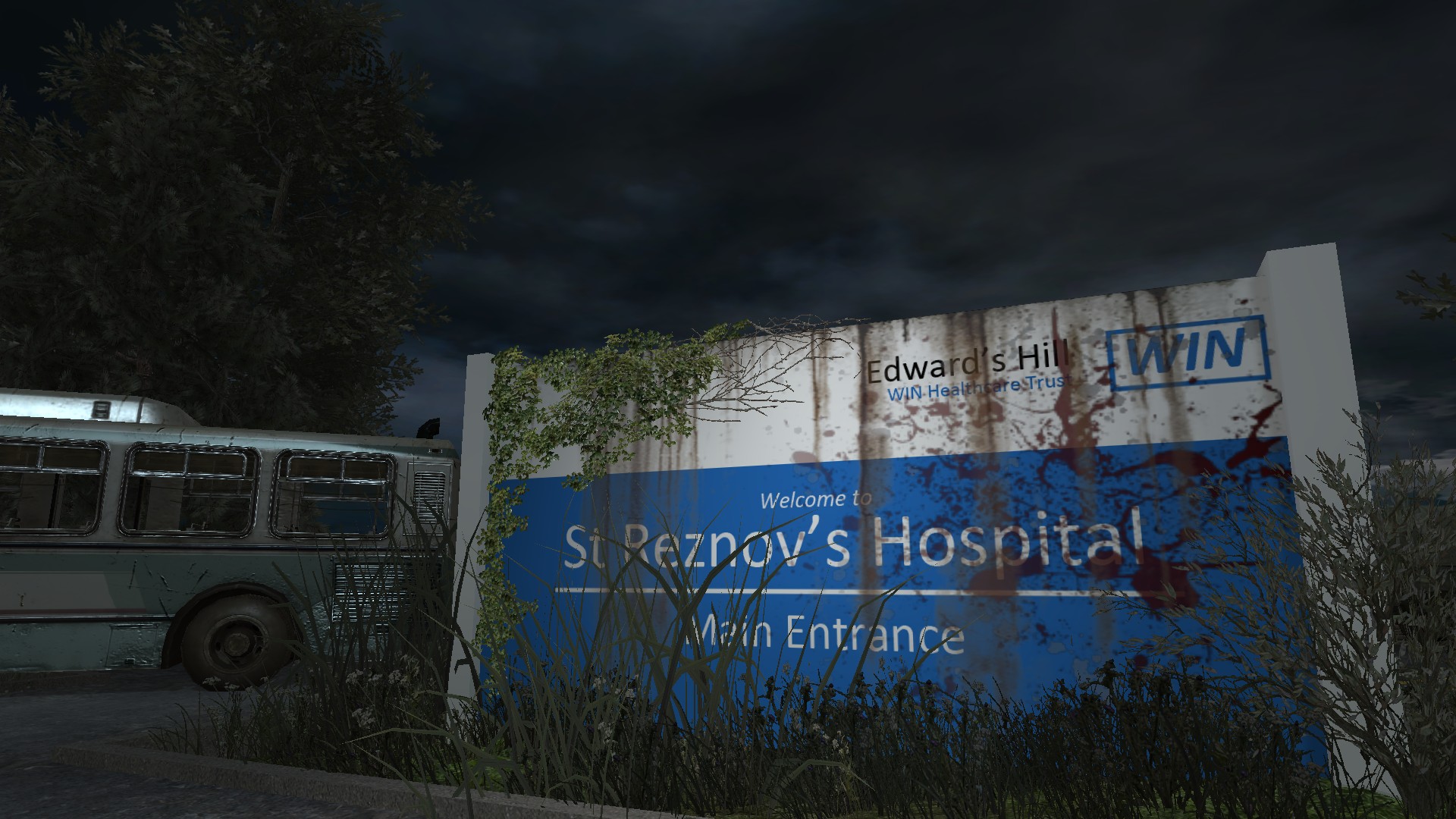 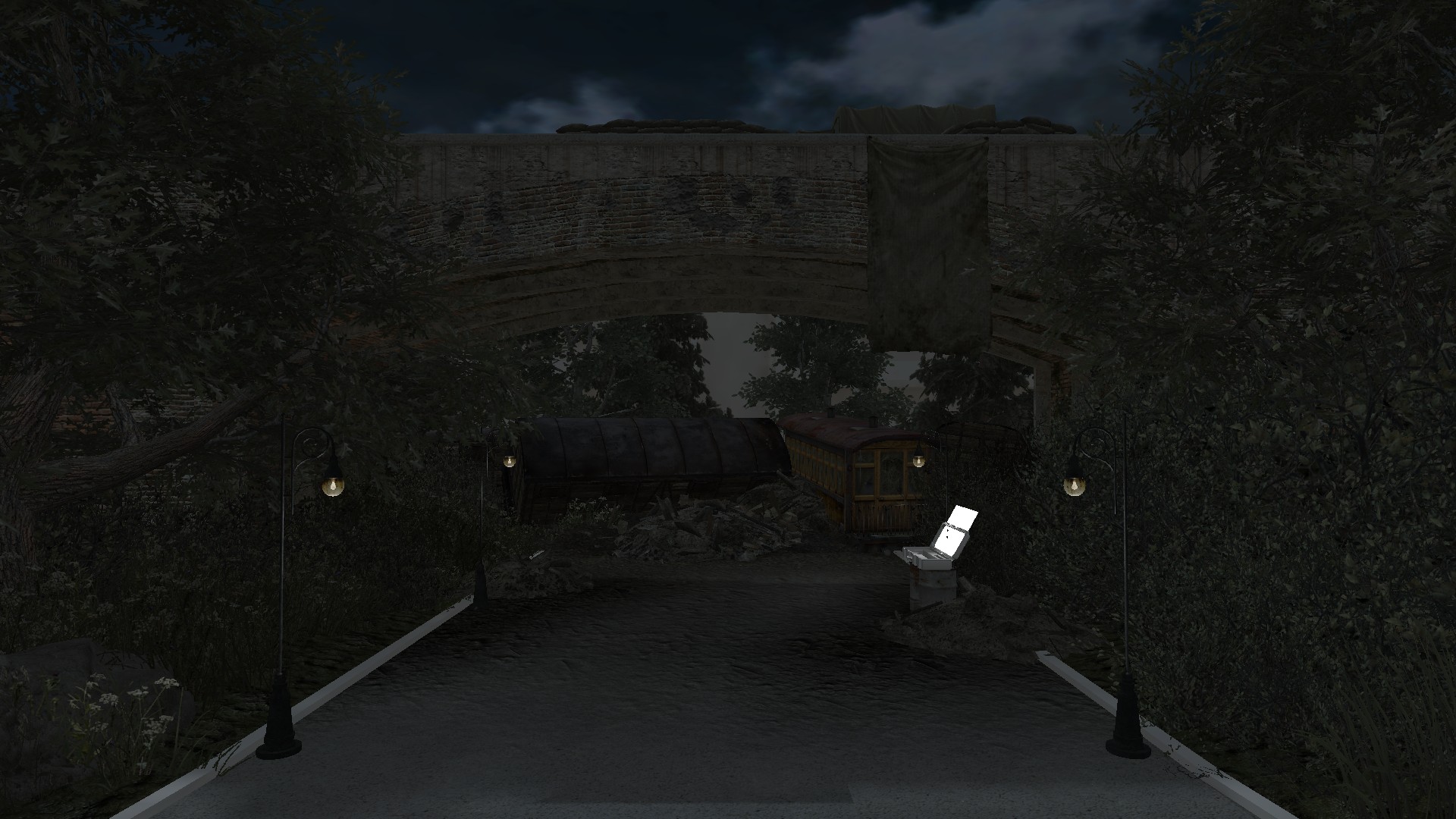 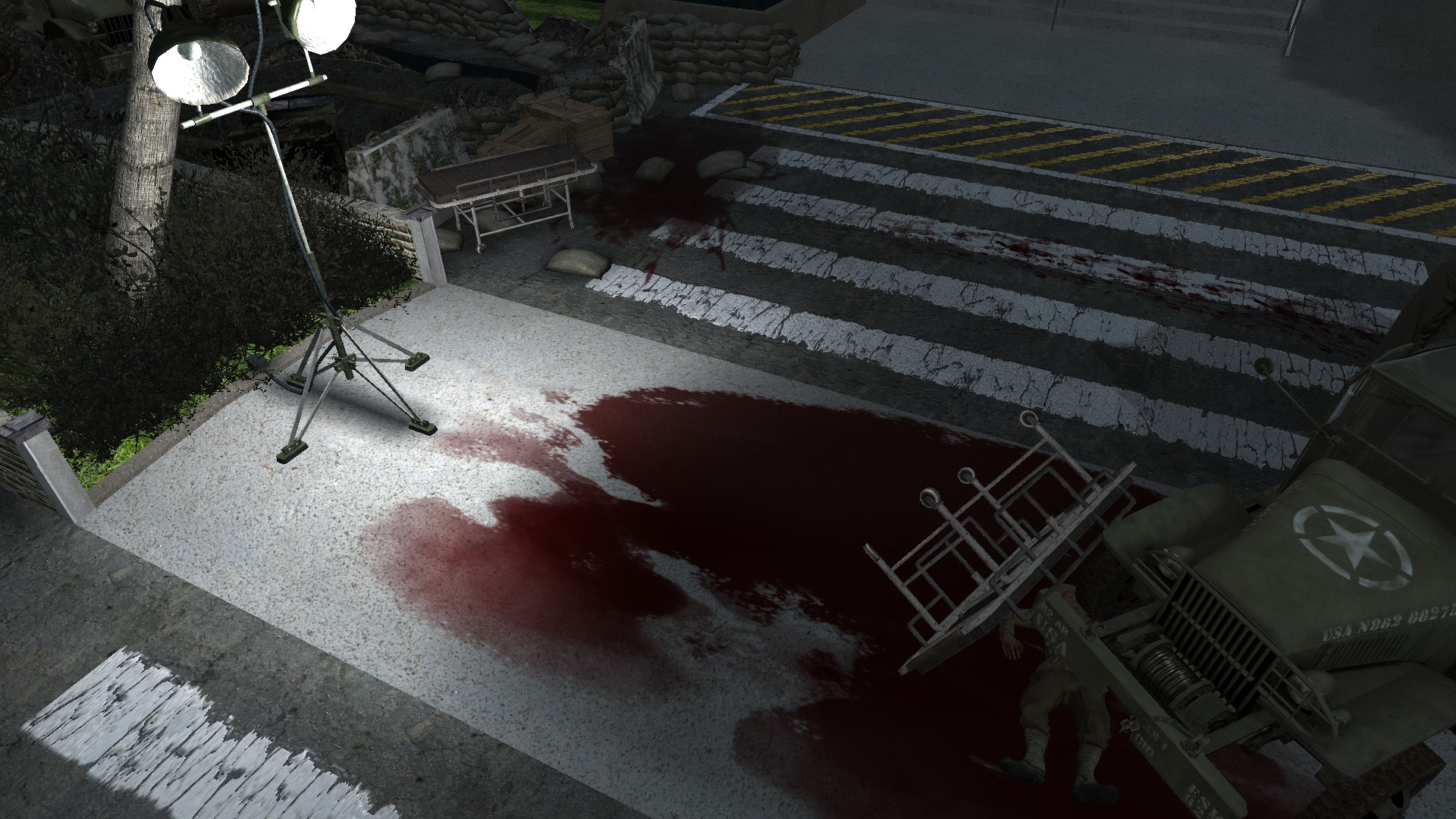 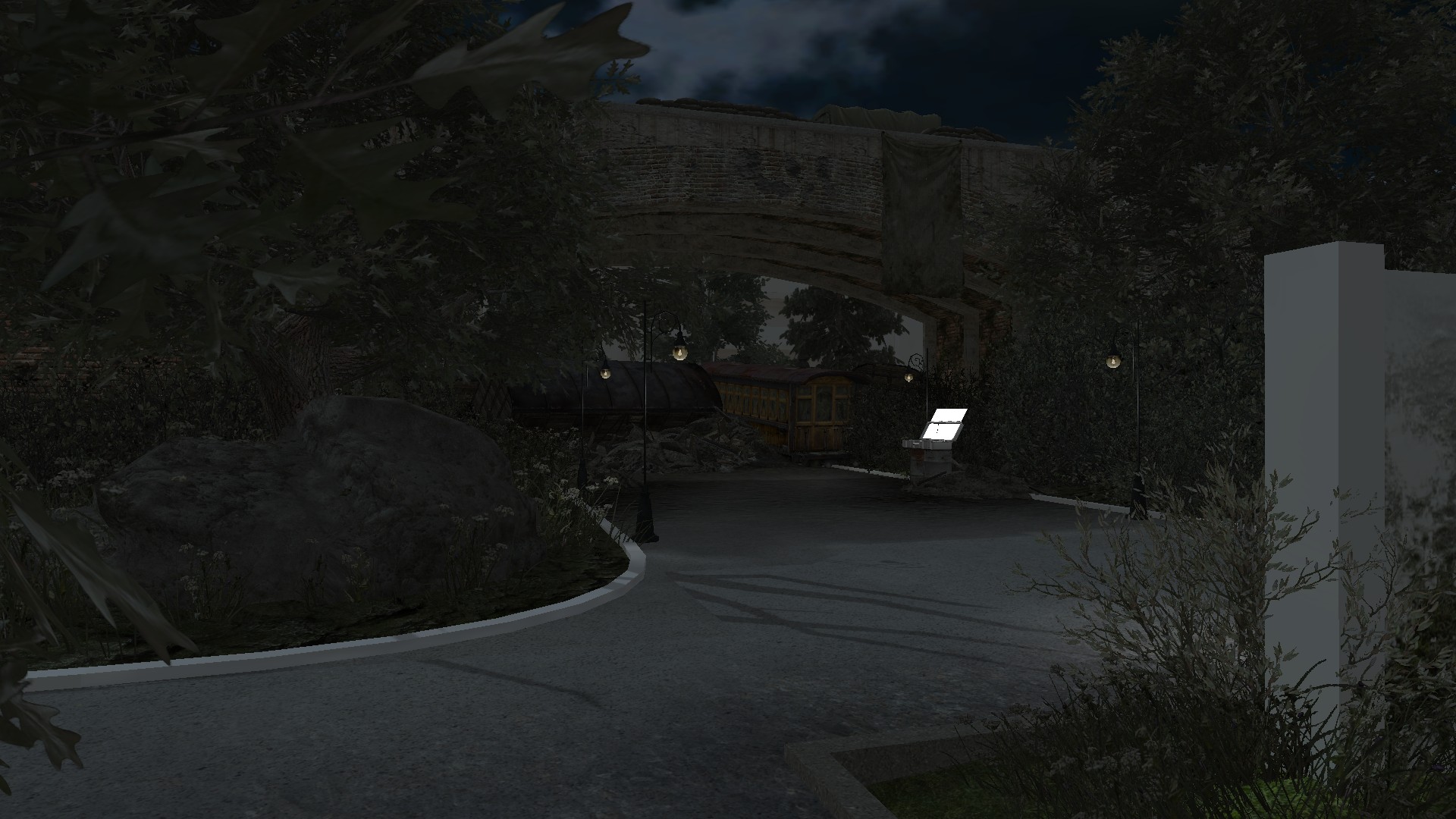 As you can see there are already custom textures for the map, including the hospital sign above - I'll be making a lot of assets like this in order to create an immersive and unique environment. For this map I would also like to pay very close attention to detail, and will be spending a fair amount of time simply poring over reference images from the internet (as well as real-life buildings I see on a daily basis). For example, the hospital sign texture I created was strongly based on the NHS signs for English public hospitals, and is stylised in a very similar way:

Unfortunately for now those are the only screenshots I can offer as progress on the actual .map is fairly minimal, but I have a decent idea of the layout and atmosphere which I want to achieve and hope to release the map at some stage in 2013. I will be updating this post with new screenshots and information as frequently as I can, but since this is a personal project in my spare time, there will most likely be periods of inactivity

Please, as always, post ideas and feedback in your replies, it's great to hear what the community thinks and it's very helpful for mapping too.

Zombie slayer
[You are not allowed to view external links. Register or Login to see them]
×
Dns_Hypnotik's Groups
Dns_Hypnotik's Contact & Social Linksdark.h3lldnshypnotik

Eh?
[You are not allowed to view external links. Register or Login to see them]
(Click to enter portfolio)
×
SajeOne's Groups
SajeOne's Contact & Social LinksSajeOneSajeOneSajeOneseoePortfolio
epicness, is happening

Small updates to the starting area:

treminaor#8249My Portfolio
I wondered what would become of that map - glad to see its development is in full force now. Looks great so far!

codnick98nicholas.stevens.58nicktheshrimp1zeldanick1nickth3shrimp
all these new map wips, looks like there may be some cod days left here. nice map. starting back fac in a few days.

W1NG3DW1NG3DNZMy online portfolio
Decided to rename the map to "Infection Ward" as I feel it's more original/unique. This was also a good excuse to make a new logo which I'll be using from now on

Decided to rename the map to "Infection Ward" as I feel it's more original/unique. This was also a good excuse to make a new logo which I'll be using from now on

looks very cool map when realese ?? and do you use the ugx mod ??

I don't have an accurate estimate for a completion time at this stage, so I've no idea what a release date could look like. I plan to use the UGX Standalone Mod in this map.

W1NG3DW1NG3DNZMy online portfolio
Just did some hasty preparations to make the map compilable and run in-game, so I could take some screenshots which aren't in Radiant

Obviously this is far, far from completion. I only added in a few lights to make the area seem a bit more natural so a lot more tweaking is needed on that front. As you can see I also forgot to include a couple of custom textures which is why there are a few very white brushes and patches

This was really to get more of a feel for the map in-game so I can focus on building a distinct atmosphere, though at this point I'm not even sure I want to stick with a night-time setting. Let me know what you think

P0rkRoyalz
whoa, this is great man i love the sign for the hospital, i think you should keep it as a night time setting. keep up the awesome work, cant wait to see the end result!!