Interview with the Ragnarok Build Team

Created 1353 days ago
by tomikaze

Greetings custom zombie family! I followed a trail of bread crumbs, through a small village, across a deadly bridge and into a castle of unspeakable horror, risking life and limb for the chance to get some very important questions answered and bring you fine people the goods.
Well, things didn't turn out quite the way I planned; see I was captured by the Ragnarok build team and the things that they did to me were so painful, frightening and humiliating that it would make the Pope wonder if there was a God. Anymore I'm not sure if I'm a guy or a girl and I'm pretty sure they feed me nothing but scraps of their other human victims for more than a week.
Still, they were kind enough to answer my questions so in the end I think that makes them pretty good people.
Enjoy the interview! 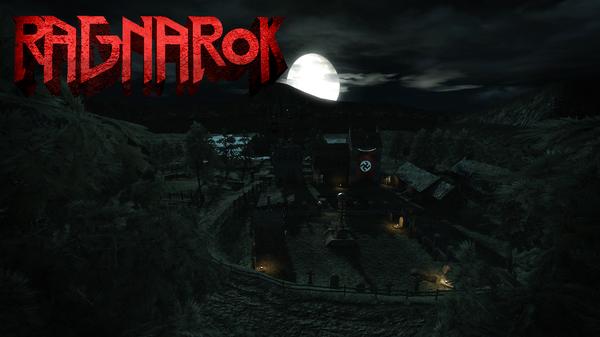 1) Being so close to what we think will be the release of BO3 mod tools why did you want to jump into another huge project instead of just waiting for new tools with greater freedom?

HexZombies: Well, when I started designing the map, the news of the new tools had only just been announced, so why not continue practicing and learning new things until then. Eventually the map started to take shape and I just figured why not finish what I started, since the new tools are still in development - slowly but surely I convinced (Begged) Pieman to join in on the project and put his evil mind to work. Don't get me wrong I along with most people in the custom community can't wait to get their greedy little hands on the new tools - It is pure gold! (yes that is a hint towards a map I have planned).

2) You went from a high tech underwater facility in Leviathan to an old German castle in Ragnarok. What made you want to go this direction? What was your inspiration for this map?

HexZombies: I think it's a great learning experience when you travel outside of your comfort zone and attempt a theme and design you have never done before. That was really my main inspiration for creating Ragnarok - that and I am a huge fan of old horror movies (Frankenstein, The Wolfman and Dracula). When we finished Leviathan I had learned so much from RadimaX over the past year about level design and gained a better understanding of the radiant tools - so I felt very confident in my ability to design the castle I had envisioned.

3) If I recall you announced your castle map first and then a short time later Treyarch announced Der Eisendrache, what are the odds? What are you doing to set your map apart from theirs?

HexZombies: I'll tell you as I have told Pieman, Jbird and Radi In the past - I am psychic - End of story! lol honestly I'm either very very lucky or just as creative as the people over at 3arc (I Wish). It's hard to one up a professionally made zombies map - but we have done our very best and in all honesty its the most fun I or pieman have ever had playing a custom map. Everything from re-playability, exploration, new exclusive features and the pure zombies challenge is included in this map (and it's not even finished!) - It has something for everyone. I invite you tom to come play with us and experience the pure fun that is Ragnarok! 4) After you announced Ragnarok it looked like it was just you working on it, but now it looks like you are getting major contributions from AwesomePieMan and even Jbird. Is this the whole Leviathan team coming back together to make a followup map or is this still mainly your baby?

HexZombies: There is no way I could ever make such an amazing map on my own, It's always going to be a team effort, I'm sure there are some people out there who could do it all on their own - but where is the fun in that? When you team up with a group of people with a variety of skill sets the possibilities are endless. I am very proud to work with such great scripters/artists such as AwesomePieMan & Jbird 632 - along with all others who have contributed and supported the map all the way to where it is now.

5) Seeing as most people play zombies solo or 2 player, is Ragnarok going to be a difficult 4 player only type of map or is this going to be a map that a solo zombie slayer out there will be able to play and get the full experience as well?

Hex/Pieman: The map is built for fun no matter how many players - solo? no problem, two player? you got it! three and four? the more the merrier. The full experience is open to all - that is if you are up to the challenge? After all this is a Hex and Pieman map. Expect Pure Evil!

6) Are you going to be using weapons that are fitting for that time period or are we going to see futuristic weapons that have somehow gone back in time?  : )

Hexzombies: I am not going to spoil anything you tricky little devil! Pieman would strike me down with a flaming sword if I revealed anything. I will say that we intend on using a variety of weapons that all players will enjoy and will continue to use on a regular basis. The key is to pick weapons based on what people really want and it helps if those weapons are some really powerful zombie slaying guns. Now move along - nothing to see here. 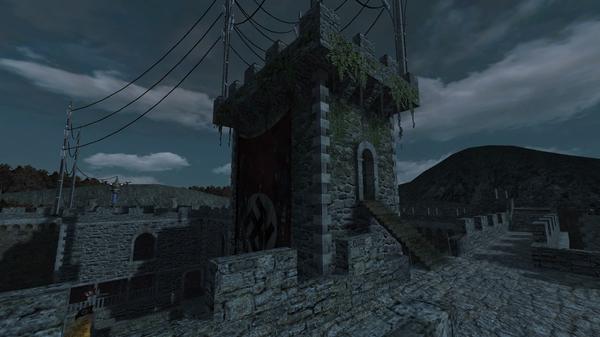 7) How many different enemy types are there going to be? Are there just normal zombies or will some of them have special qualities like Napalm Zombies, Shriekers, ones that vomit acid on you, zombies in a suit of armor, etc? Also, what can you tell us about bosses or is that all a secret?

AwesomePieMan: In terms of enemies, we are doing something that has never been done in custom zombies before, and I anticipate this to be a highlight of the map. (Or we may see avogadro levels of bitching from the community, not sure yet).  But to answer your question there will be a whole host of enemies to fight alongside the normal hordes of zombies.  Some fan favorites (or at least my favorites) will be returning along with new terrors to face off against.

8. Layout is a big deal and it's always important for a map to have a flow to it. You think about the way that Der Riese and Kino area made up of circles and figure eights to give players a way to run and stay just ahead of zombie spawns. Leviathan was also a very well connected map with areas leading to each other making loops. Ragnarok looks very long with a village on one side and a castle on the other connected by a long bridge. Will that pose a problem or will it still be reasonable for players to navigate the map?

AwesomePieMan: The layout of Ragnarok is not traditional.  You spend the first few rounds getting to the castle along a linear path.  (Mostly because of the bridge).  At first I was worried about it for gameplay, but once I got the power and box set up in the castle, it actually created a very fun and tense atmosphere trying to get to the box and power that were far away before the bosses showed up.  One of my favorite early tests was trying to plan a strategy to make it to the castle and not get caught on the bridge by the Panzer.  It has since been made easier and the box can be accessed as early as round five and power and jugg by the end of round seven.  Once inside the castle there are many paths that the player can take.

9) Maybe this next question is for AwesomePieMan. A lot of maps give you some reward at the completion of the map, which is fine, but often times that reward could have been more of a benefit to you earlier in the process when you were really struggling. Is there going to be a big payoff at the end of the objective or is there going to be help given to players along the way too?

AwesomePieMan: So far I have two major rewards planned.  One is completed very early on in the easter egg and is then used throughout,  think the Staffs of Origins or the Bows of DE.  The second comes near the end of the easter egg.  Right before the last step, kinda like how in Leviathan you got all perks and then had one more step to actually escape the map.  Let me put it this way...that last step...well...you'll need all the help you can get.

HexZombies: We will make sure to keep everyone up to date on what going on with the map and its progress, currently we hope to be in the beta stage soon - but you never know what problems you will run into when it comes to making a map. All we can say is that the map will be out when it's out and that we hope you have as much fun playing it as we had making it.

A big thanks to Hex & PieMan for not only the gender reassignment but for being such good sports and giving us a little extra taste of what is to come when Ragnarok drops this year. The fear is real!
Last Edit: June 13, 2016, 09:47:41 pm by tomikaze

×
MAK911's Groups
MAK911's Contact & Social Linksmkramrtmkramrt
Next up: An interview with NGCaudle, famous creator of several box maps all in the same day.

Next up: An interview with NGCaudle, famous creator of several box maps all in the same day.

Next up: An interview with NGCaudle, famous creator of several box maps all in the same day.

C'mon MAK, you could at least have said "spoilers" first!

C'mon MAK, you could at least have said "spoilers" first!

You take life way to seriously.

....do you have a friends or anything? A woman in your life?