Created 1729 days ago
by treminaor

treminaor#8249My Portfolio
Huge Upcoming Forum Update!
These changes will be available to donors this September via the UGX-Mods Beta Program

We've been working very hard to make some huge visual and usability improvements to the current forum design. We've had the same forum style for the last 5 years and we've very well aware it's totally outdated and ugly now

We aim to totally re-style the forum to look fresh and current. You will notice the theme is now blue instead of red, and the style of it is more minimalist and sleek. Huge credit goes to Alexander "Delta" Diller for heading the development of CKEditor for our SMF forum as well as making a ton of improvements and cleanup to the new forum theme design I started earlier this year

Probably the biggest improvements to the forum so far is the addition of a mobile-friendly/responsive design and a WYSIWYG editor for making forum posts (known as CKEditor). The new editor will allow you to see how your posts/replies will look in realtime while you write them! No more messing with BBC or source text and guessing how everything will look before hitting the preview button. Of course anyone who still prefers to write in pure source/bbc can still do so with the new editor

have been given many in-depth updates, screenshots, gifs, and videos of this forum update for the last few months, and now it's finally time for us to show some it publicly to everyone

If you would like to access a beta of the new forum style and editor, you can do so by becoming a UGX Donator. The beta will be available soon (hopefully within the next 2 weeks if everything goes according to schedule)

What you see here is the UGX Comosea post loaded in the editor.

HTML to BBC and vice versa

Forum Theme Update
These screenshots were taken before we reconfigured the forum board structure, but the style still applies. 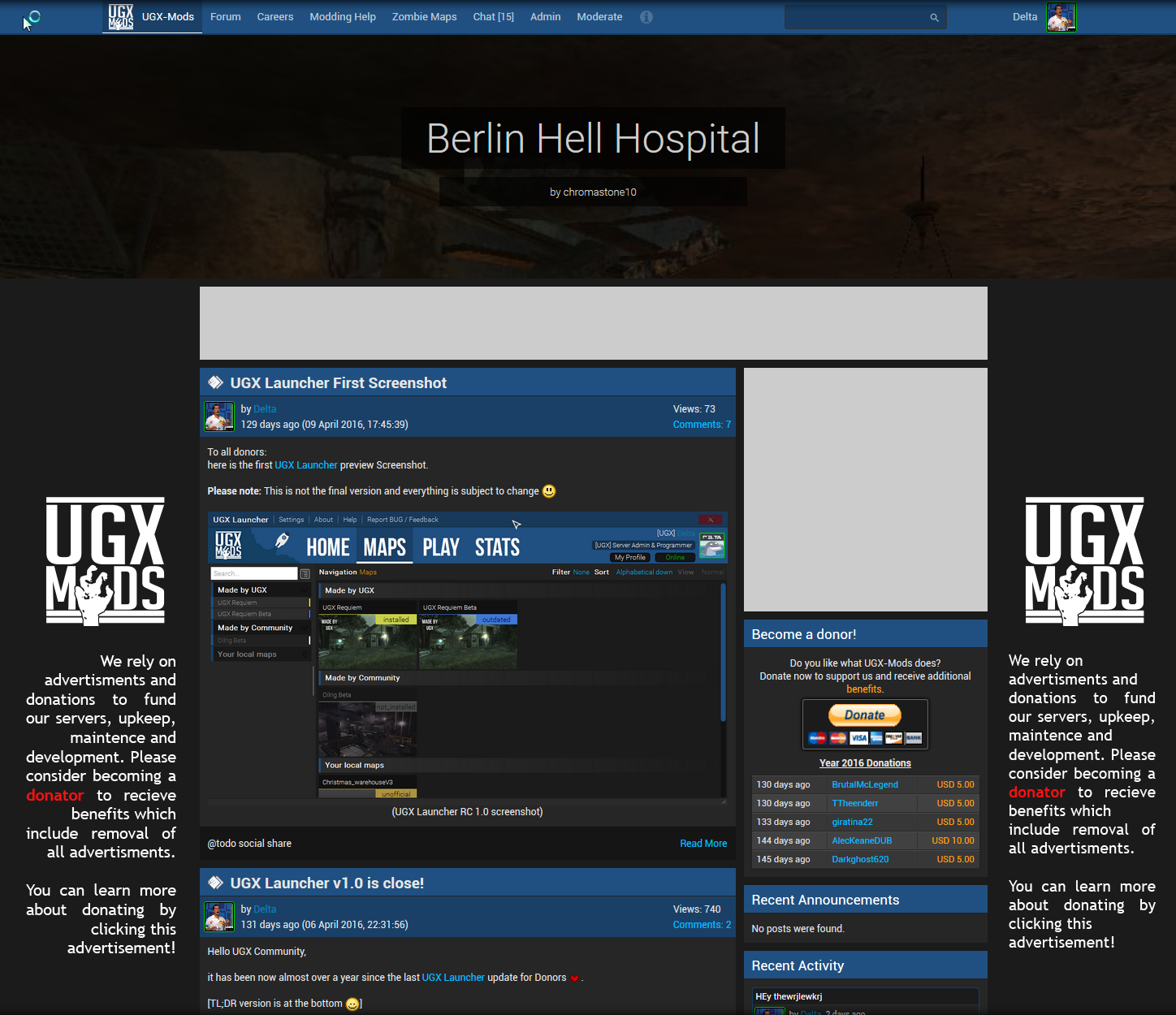 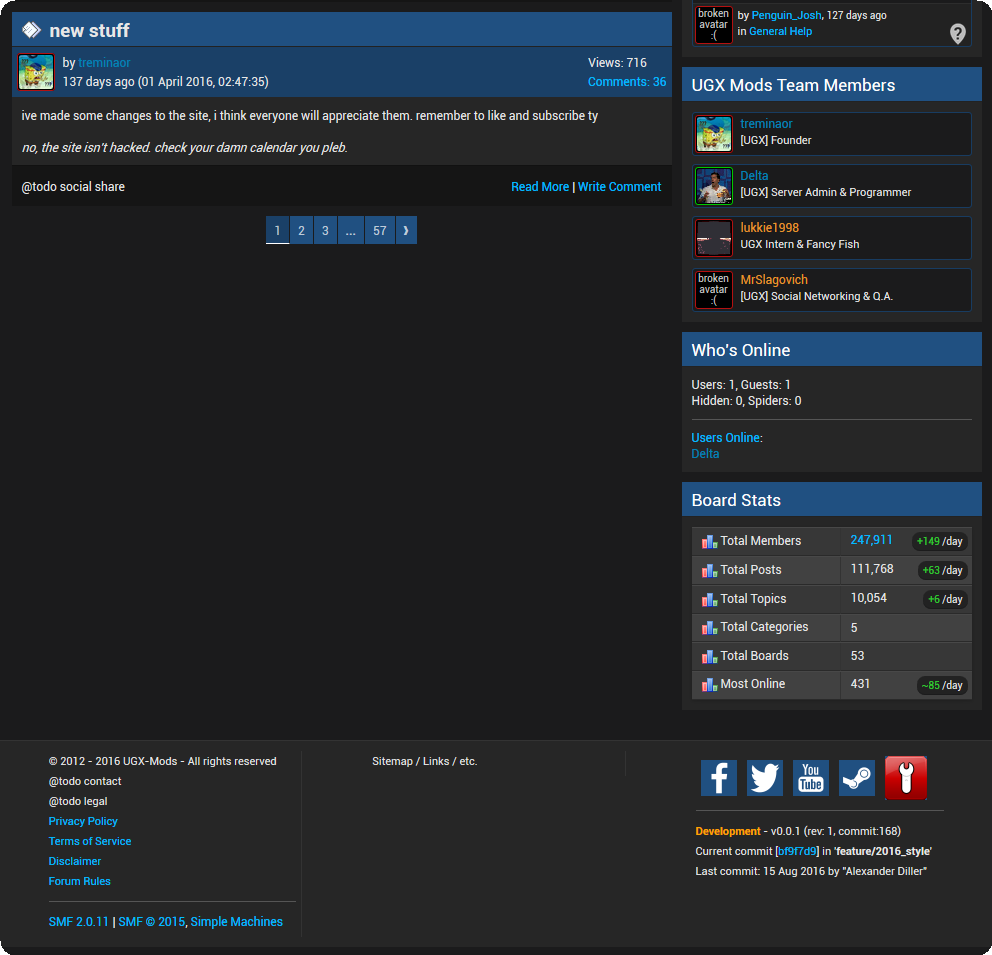 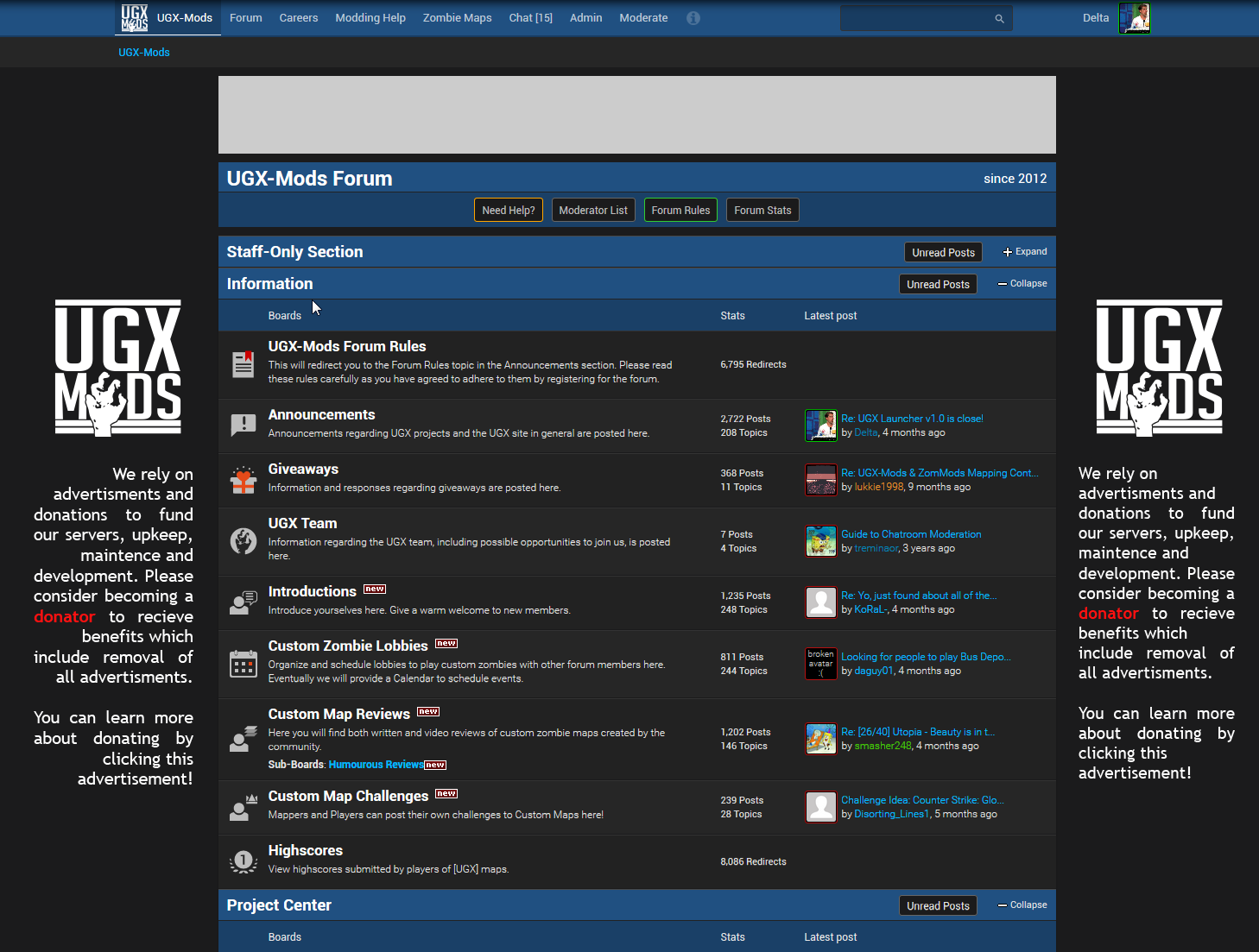 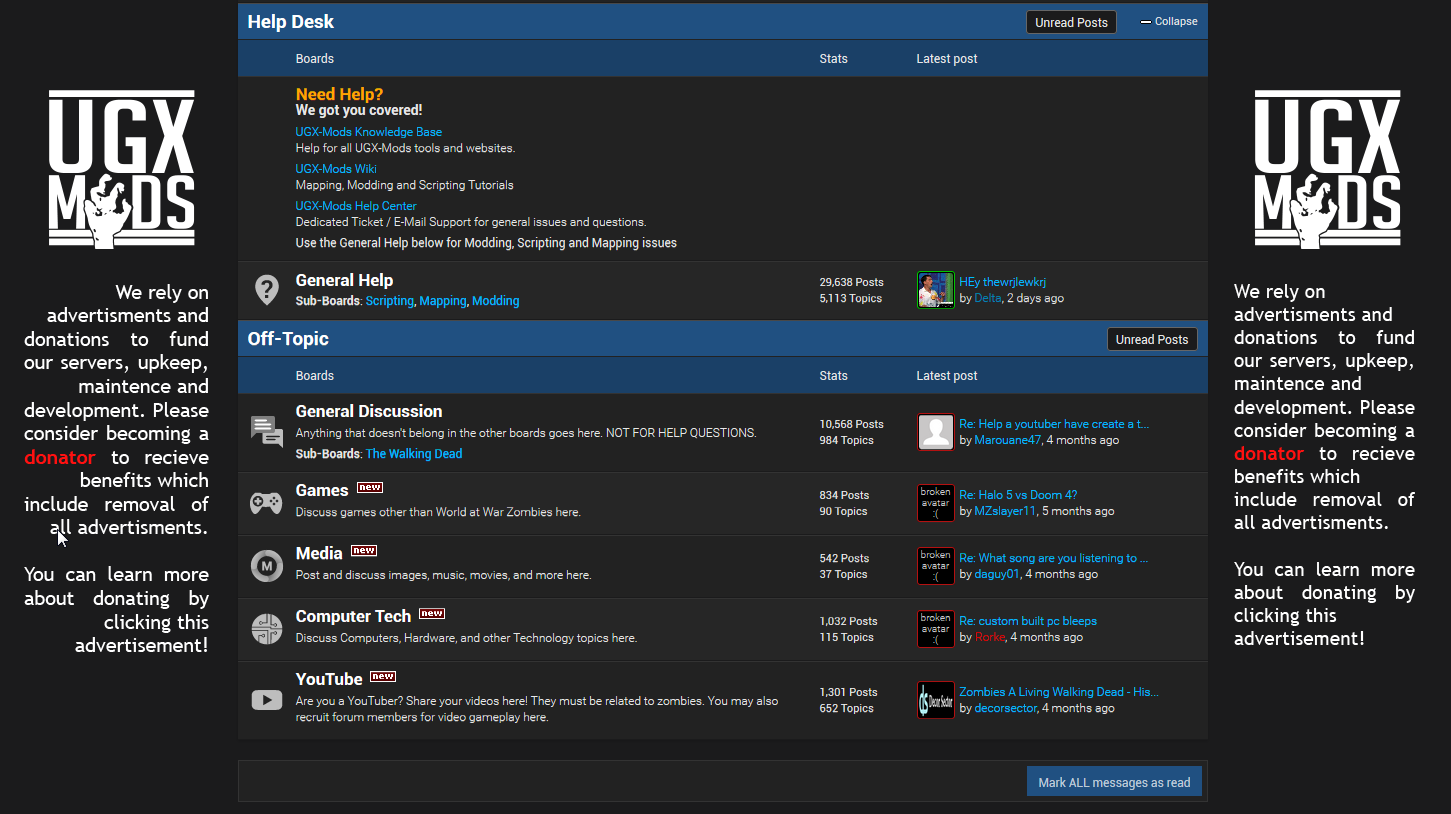 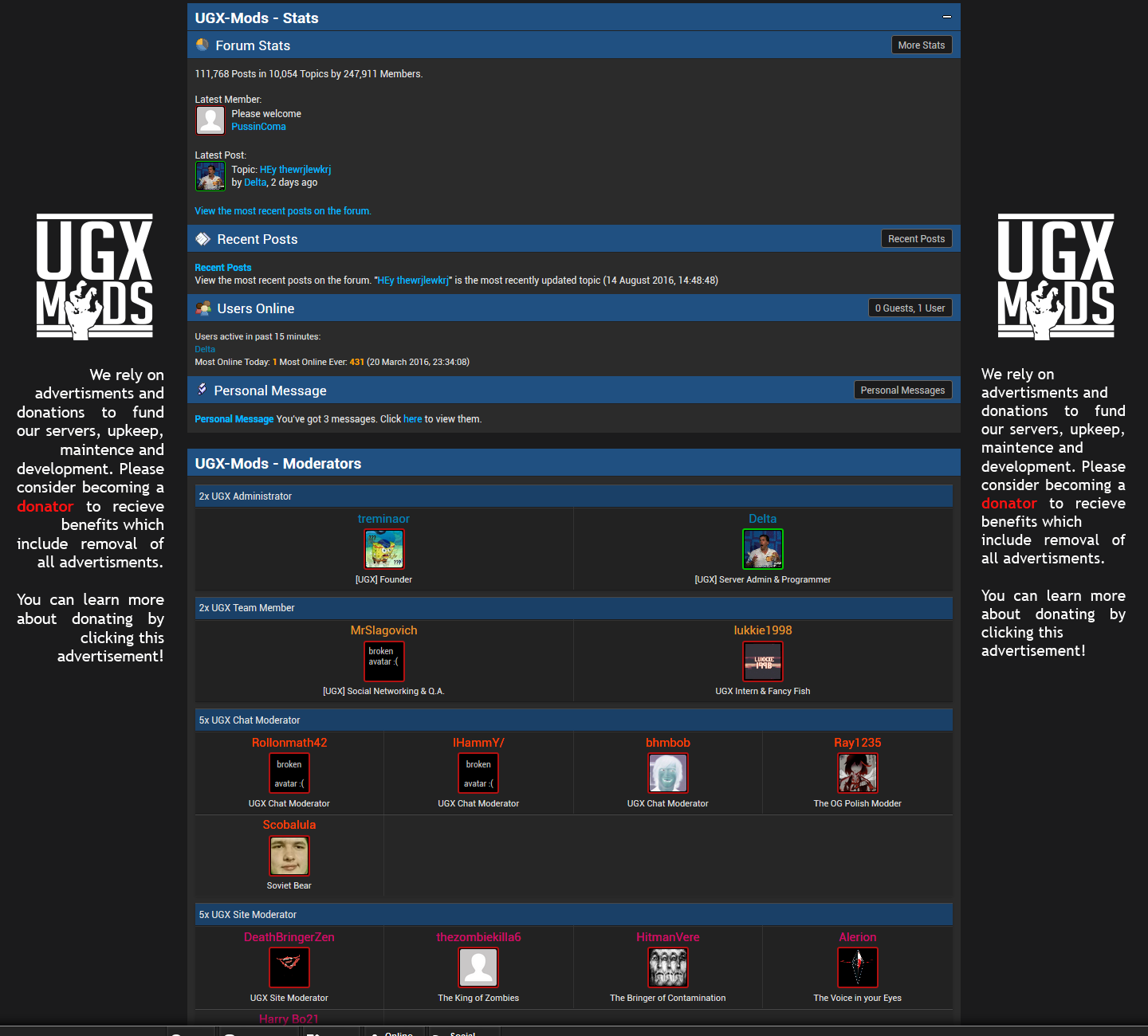 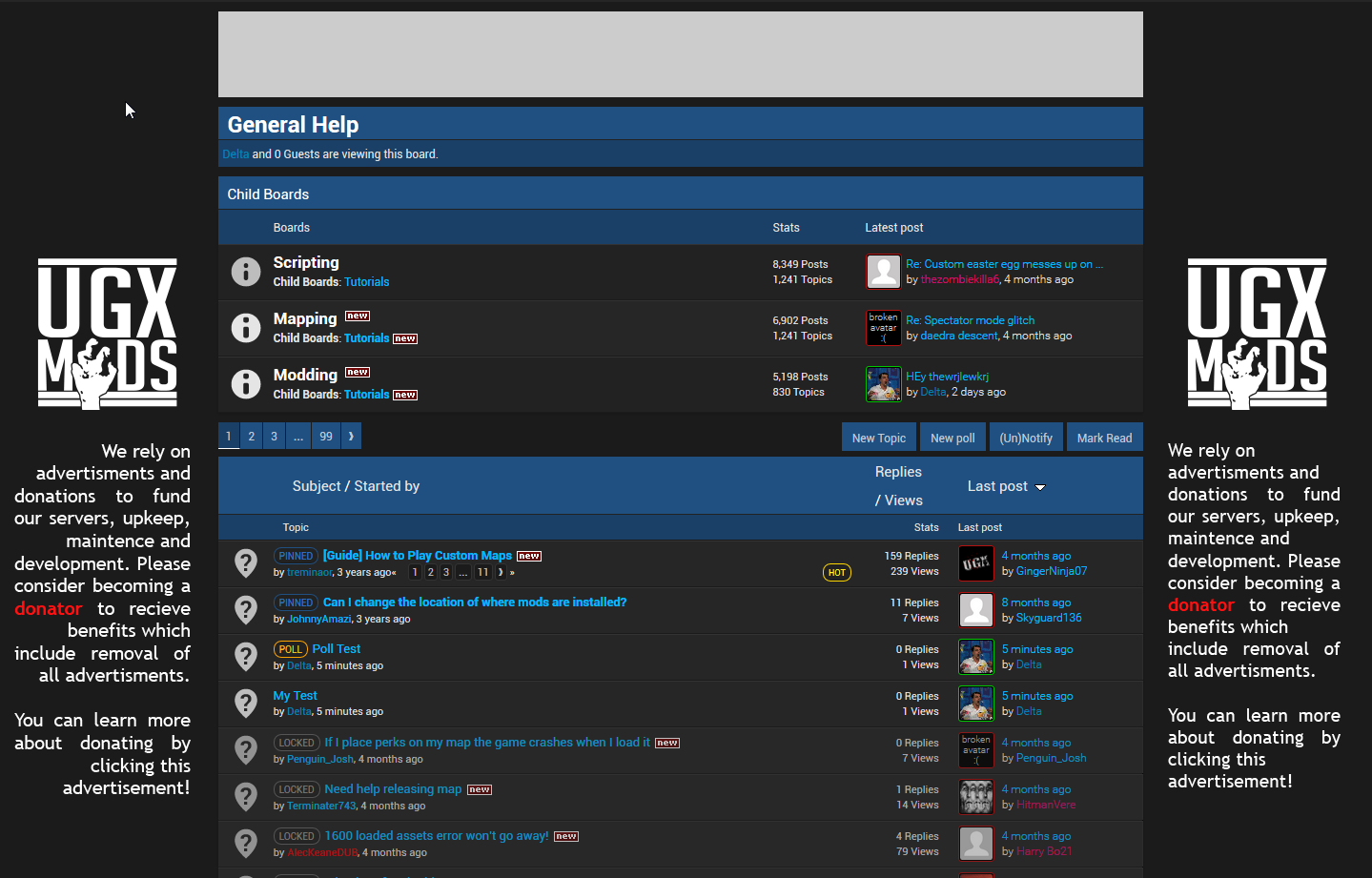 Excited? Then be sure to make a donation to and receive donor status to be the first among other supporters to get early access to these great improvements and features.

ihaZzRaBieZI_haZzZ_RaBieZz
Scarce giving back to the community

Scarce giving back to the community

Also in the news

Ping998
"My maps might not be the best looking, or the most hyped, but I still release them in hopes that they can make others somewhat happy"

ZPing998CreepersAreAwesome
Just as a simple idea, it would be nice if there were some themes or colours that you could change for the site individually (for example, I'm not exactly fond of the blue theme used here, I'd prefer it to be red instead).

Would that be able to work?

Just as a simple idea, it would be nice if there were some themes or colours that you could change for the site individually (for example, I'm not exactly fond of the blue theme used here, I'd prefer it to be red instead).

Would that be able to work?

Pretty sure he confirmed this a while back, think there will be set colors.

Delta#6147Personal Site
Yes in the future we plan to have different color schemes, in technically any color your want. (purple fans are excited)

But this is not a high priority now, there are many huge changes coming up.
We introduce more color schemes once we are happy with the base foundation and after some beta feedback