Created 1365 days ago
by masterguyperson

Tennessee
Date Registered: 1 December 2015
Last active: 573 days ago
Posts
24
Respect
5Add +1
Forum Rank
Legless Crawler
Primary Group
Member
×
masterguyperson's Groups
masterguyperson's Contact & Social Linksmasterguyperson
Hi all, this is my very first Call of Duty/zombies map! This map may be small, but I put a lot of effort into it! Here is the steam workshop link for anyone who is interested! Leave feedback if you feel the need 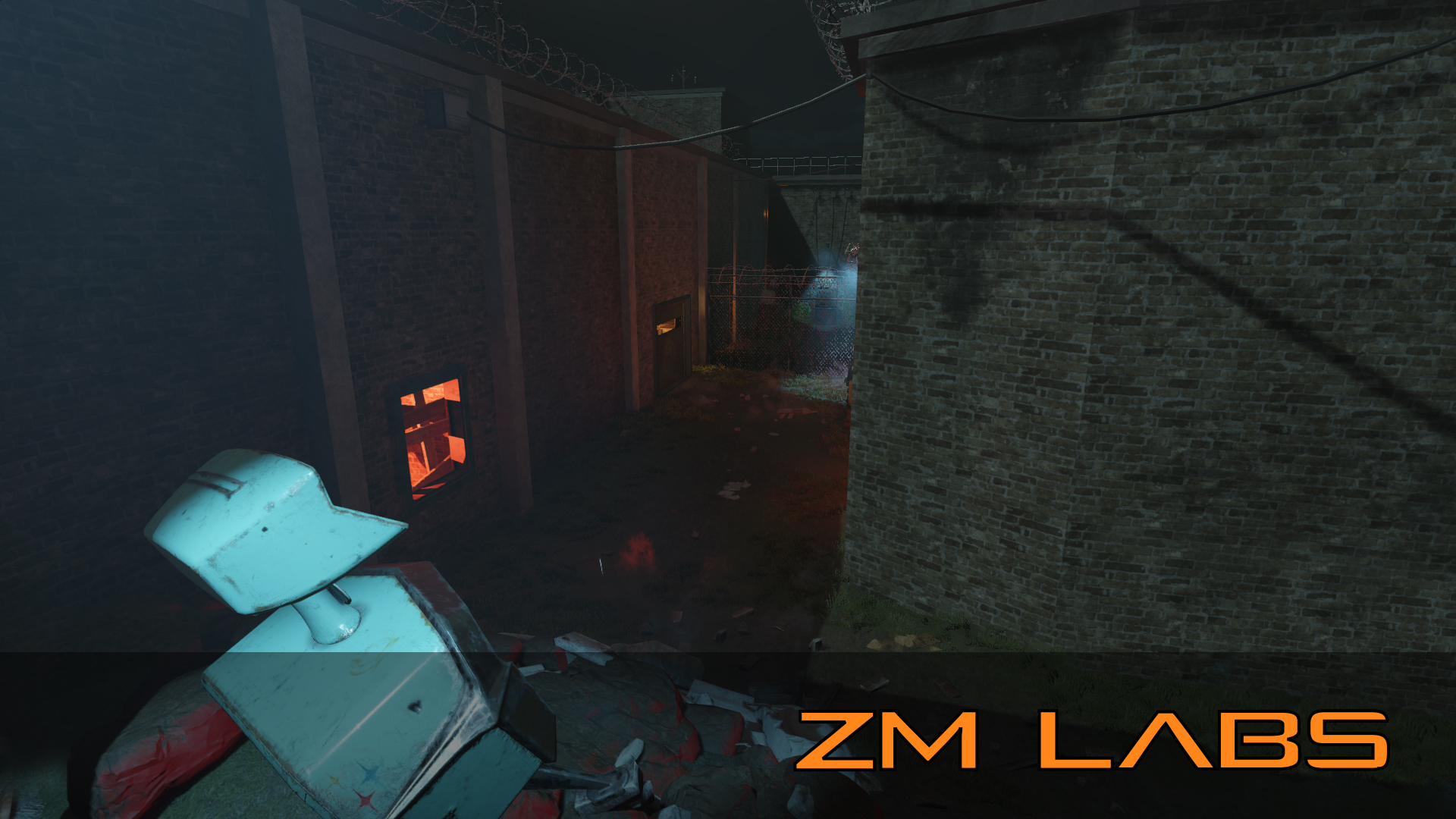 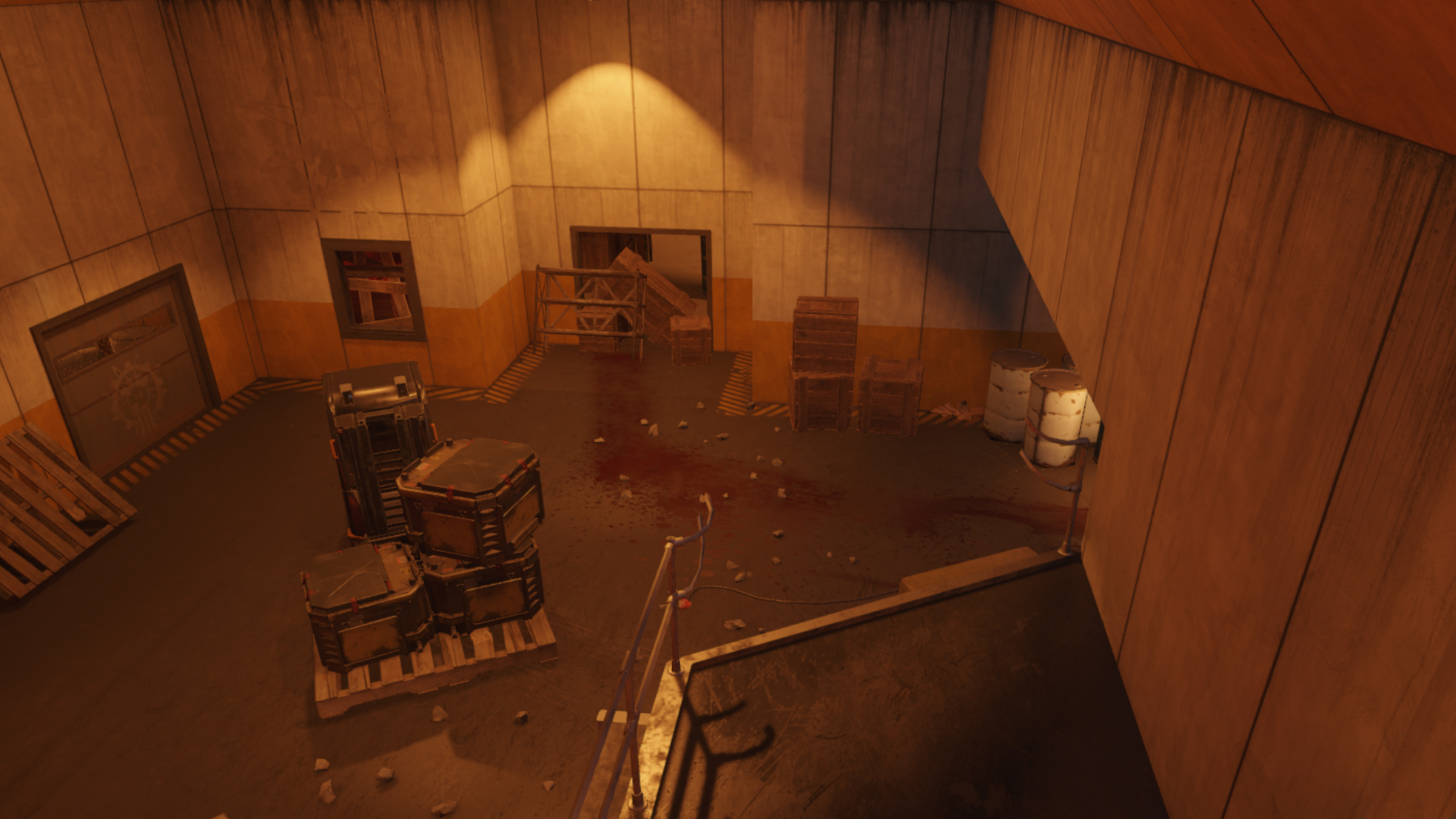 ×
kaizokuroof's Groups
kaizokuroof's Contact & Social Links
This looks super cool! I already downloaded it on the steam workshop. Props for taking the time to screenshot it and congratulations on your first map. Well done!

Tennessee
Date Registered: 1 December 2015
Last active: 573 days ago
Posts
24
Respect
5Add +1
Forum Rank
Legless Crawler
Primary Group
Member
×
masterguyperson's Groups
masterguyperson's Contact & Social Linksmasterguyperson
Thank you so much! I always wanted to make a zombies map, but I never had Waw on the PC, back then I played on the 360, so I was very excited to hear that BO3 was getting mod tools

It is a small map, but I sure did put in a lot of effort into detailing it, haha. I may yet add onto it in future updates! And I definitely think that screenshots for these kinda these are a necessary thing, so I had to take a good couple, haha. I'll tell you though, getting that video was actually kinda tough XD Had many problems with the recorder, and then when I finally got that working, I had to get a good recording without me dying too soon and not using cheats. The strugglessss. XD

×
kaizokuroof's Groups
kaizokuroof's Contact & Social Links
I really like the placement of the power-ups. The Pack-A-Punch in the ruble is one of those things that really add to the map and while it is such a small thing, it really adds to the overall tone of the map, in my opinion.

The detailing is also very good - There aren't any rooms that I saw when I played that felt as if they were just stuck onto the map as a spawn point - All the zombies come from an inaccessible room and that sort of thing, which is super cool.

How long did it take you, if you don't mind me asking?

the placements of the perk machines was kinda last minute and I more picked and chose where they would go instead of planning and plotting where they would go all along, haha. Well, except for the pack-a-punch machine, box, and the power, I knew where those were going to go from the start. And I thought it would be a cool little thing about the map to have the pack-a-punch machine resting atop that debris, just sort of teasing the player that it's right there, but they still have to reach the power, which is also teased behind the fence. And as if I hadn't done it enough already, I teased the box just above the pack-a-punch, haha. I mean, it's not like it's super hard to get to all of them, but I guess it's just kind of a nice visual treat like that or something, haha!

And it makes me very happy to hear that, I try my best to detail my maps, it's probably the thing I spend the most time on. When I am testing my maps, I'll ask my self, "does this room feel too empty?" and in the case it does, I go in and just start adding stuff to that room till I just can't anymore. Thank goodness for decals, they really help in breaking down the repetitiveness of rooms sometimes, haha! And yess, that was always something that intrigued me about zombies, all the way back to the very first zombie map ever. Just what was behind the windows, where the zombies came from. I can't explain it, but I guess I just love the illusion that there is a whole world behind them, when really, there's like just another room or two that is only detailed to be viewed from one direction. SO dang interesting! XD

Gosh, I really don't know exactly how long, I believe I made it within the span of two weeks, I spent well over a 100 hours on this, I must be really slow at making maps XD I am also new to radiant so I did have to get past the learning curve for some of it, so there is that too, haha. But I really enjoyed most of the process making the map. It's definitely something I would enjoy doing if I had more time all the time, hahahaha!

×
kaizokuroof's Groups
kaizokuroof's Contact & Social Links
Ah fair enough - I don't think that's too slow at all, it can be pretty time consuming doing some of the tasks, especially if you're a perfectionist.

One question, I've played this a couple times with some buds, but we can't find Speed Cola/Sleight of Hand perk. Is it available at all?  Also, we tried finding obvious glitches, with clipping etc but I couldn't find any.

I have to say, the box spawn is such a death trap though

And if you were looking, you guys where probably looking for a long time, because all the perk machines are not there as of yet, hahaha. That is definitely something I should add to it.
And I did try my best to prevent glitching. Though I was almost tempted to, maybe perhaps, design a place where glitching may be possible for the player to discover. I remember back in the day at WaW, with the original maps, glitching and trying to find glitches, going on youtube to see where other people found some, was all apart of the fun, such great memories, hahaha!
As for the box, I have even found myself saying that! XD What I may do is open up the hallway, and prevent the zombies from crawling up the hole in the wall.
Double Post Merge: October 18, 2016, 04:50:35 pmI have now updated it with the speed cola, as well as opening up the box room so it is not so claustrophobic in there. It is now much easier to survive in there!