1.4-style version  released!
[You are not allowed to download this file. Register or Login to see them]
(Featured Non-UGX Map in the UGX Map Manager)
As a bit of a Christmas gift to all you wonderful stick insects, Return to Kneipe der Untoten has been released as a 1.4-style map! This means that it is basically a stock Der Riese styled map, with the four standard perk machines, a roving random weapons box, power switch and of course the Pack-a-Punch machine.

However, this doesn't mean it's totally devoid of customisation.

There's an awesome new jukebox, which is an epic new way to play music while slaying the undead - complete with a custom model, animations, FX, and a win new menu system, with eight songs to choose from. What's more is that I've managed to make the map compatible with Realism 2.2! Included in the Bar mod folder is a subfolder with all the necessary setup instructions and files needed to include Return to Kneipe der Untoten in the Realism mod.

This map is surprisingly fun to play solo, and even more so with a group of friends. There are a multitude of different ways you can play by opening different doors and areas in the map, which offers a lot of replay value - plus if you add the map into Realism 2.2, you can spend hours ranking up and using custom classes too!

I'd like to point out and clarify that this is not UGX Bar. The UGX version is coming out in 2013 which will be the version to feature the UGX Mod with its modern weapons and an objective system, so in a way this 1.4-style release is a little bit of a teaser for what's to come. 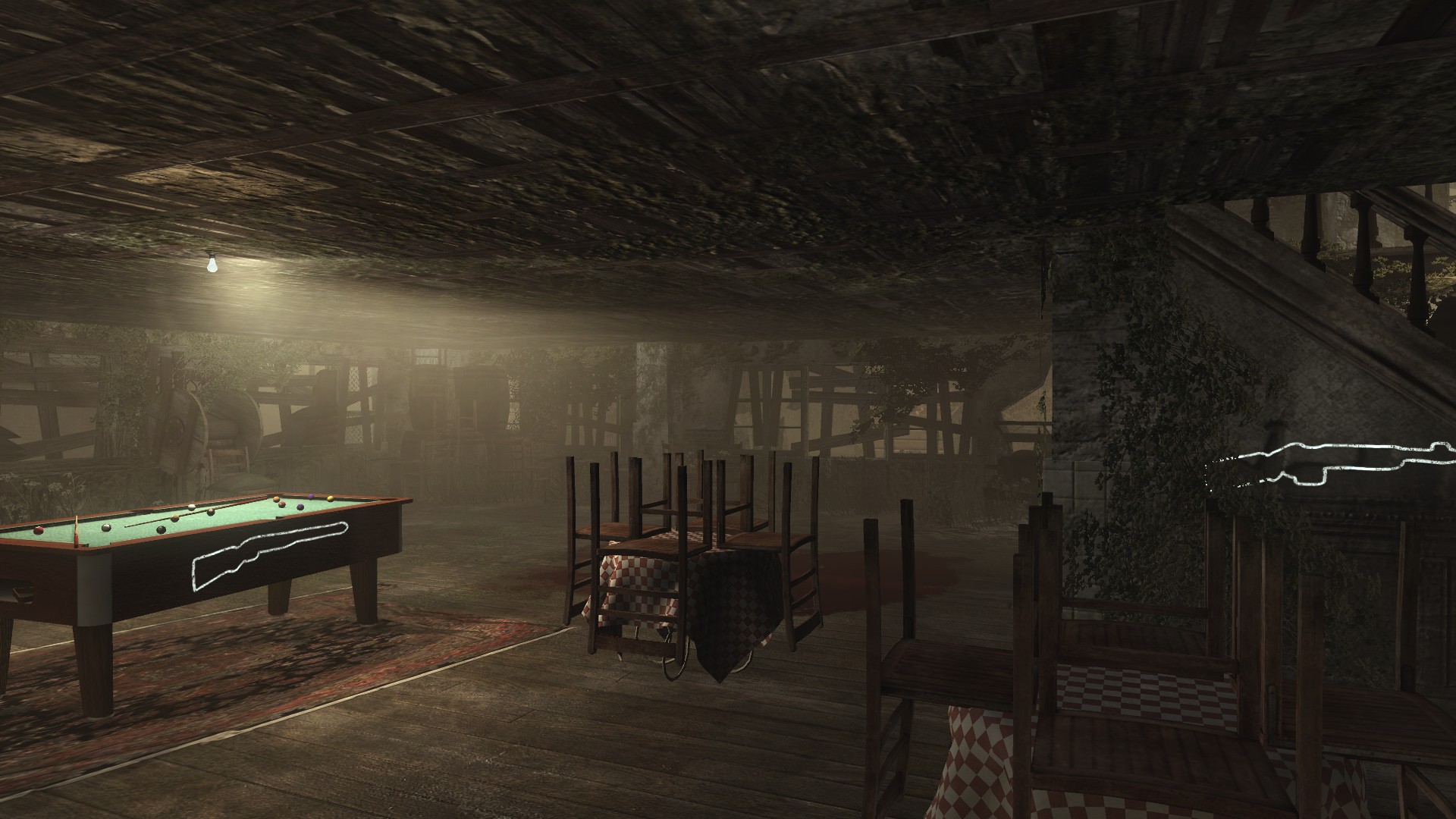 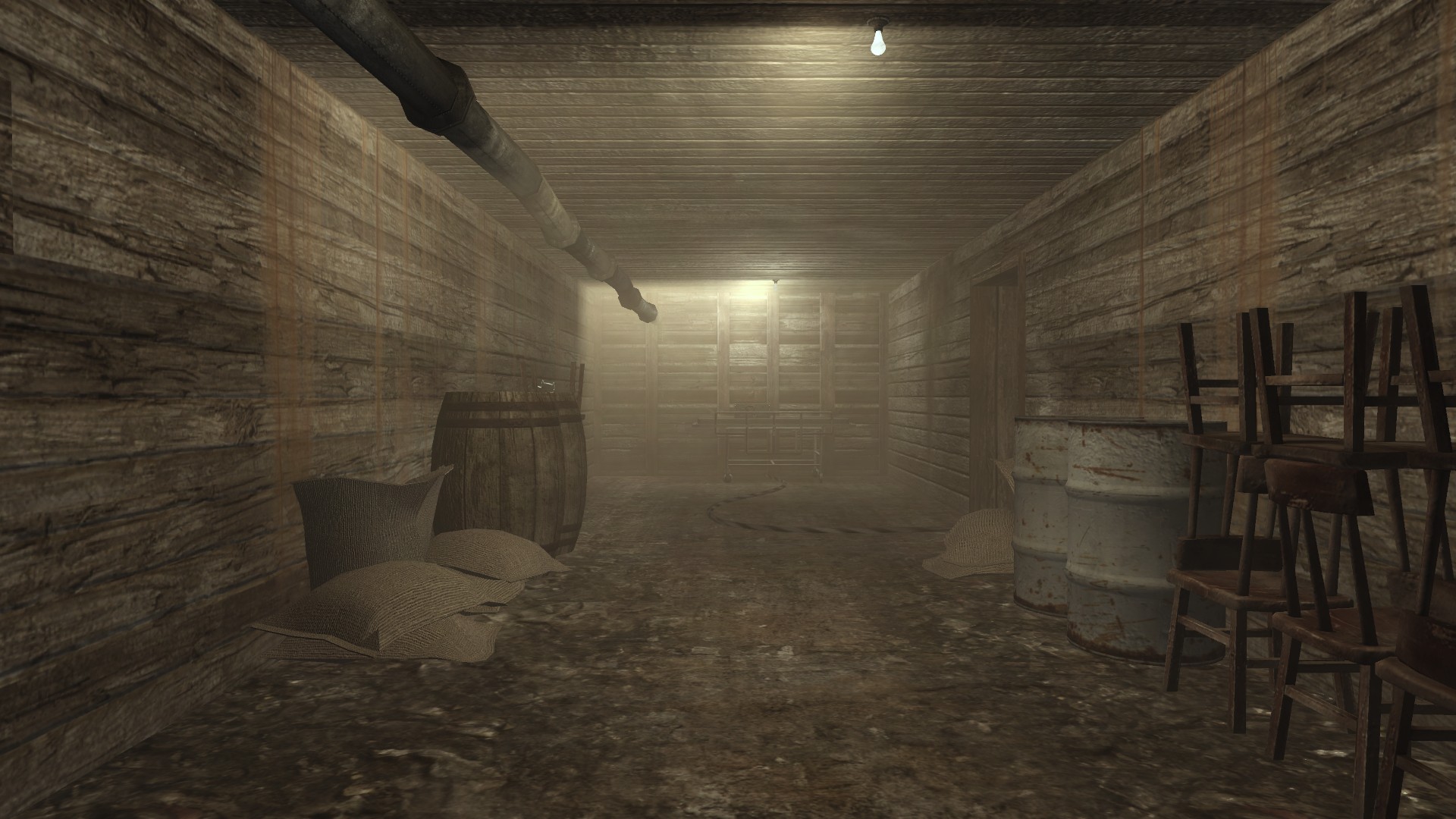 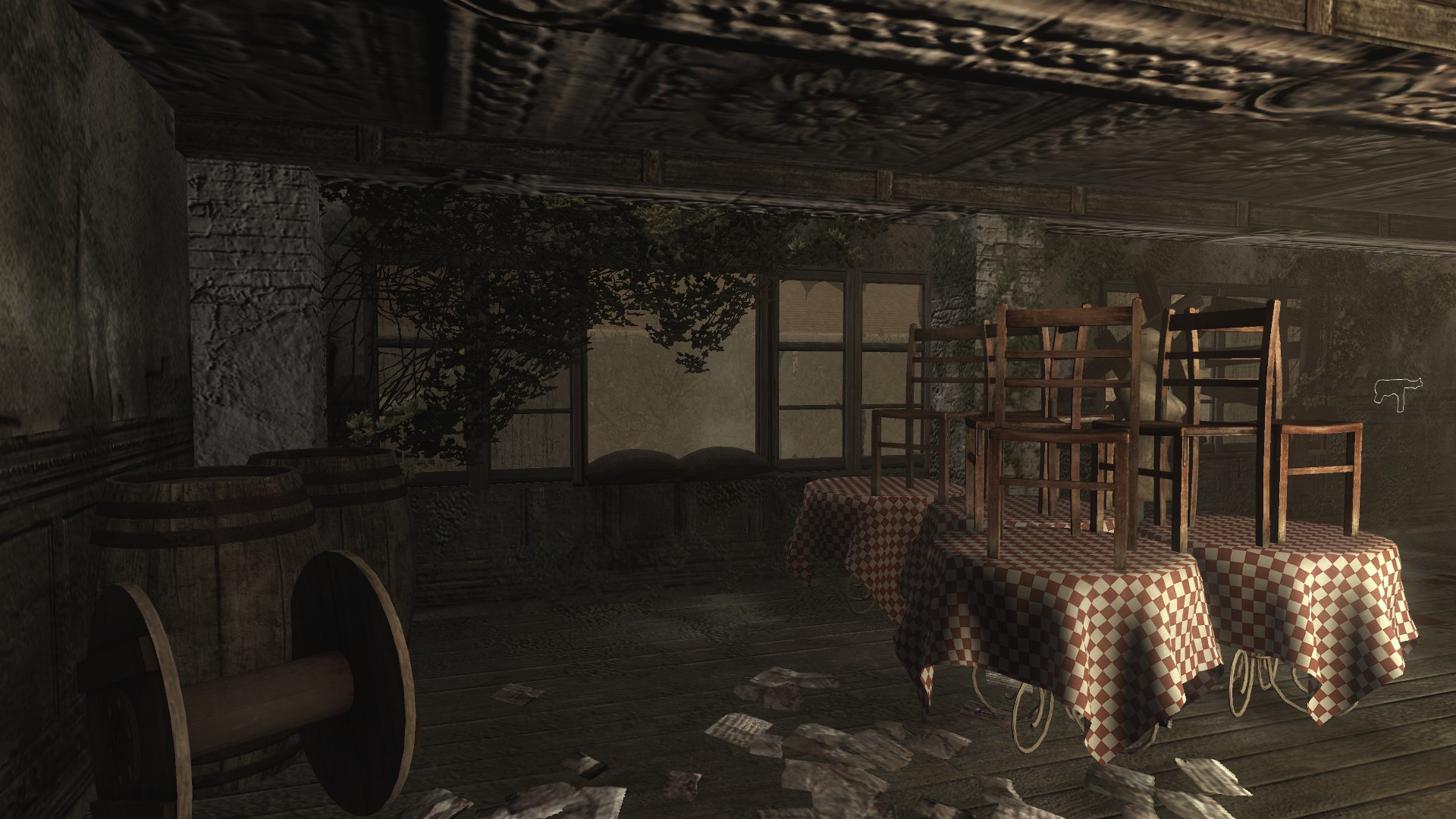 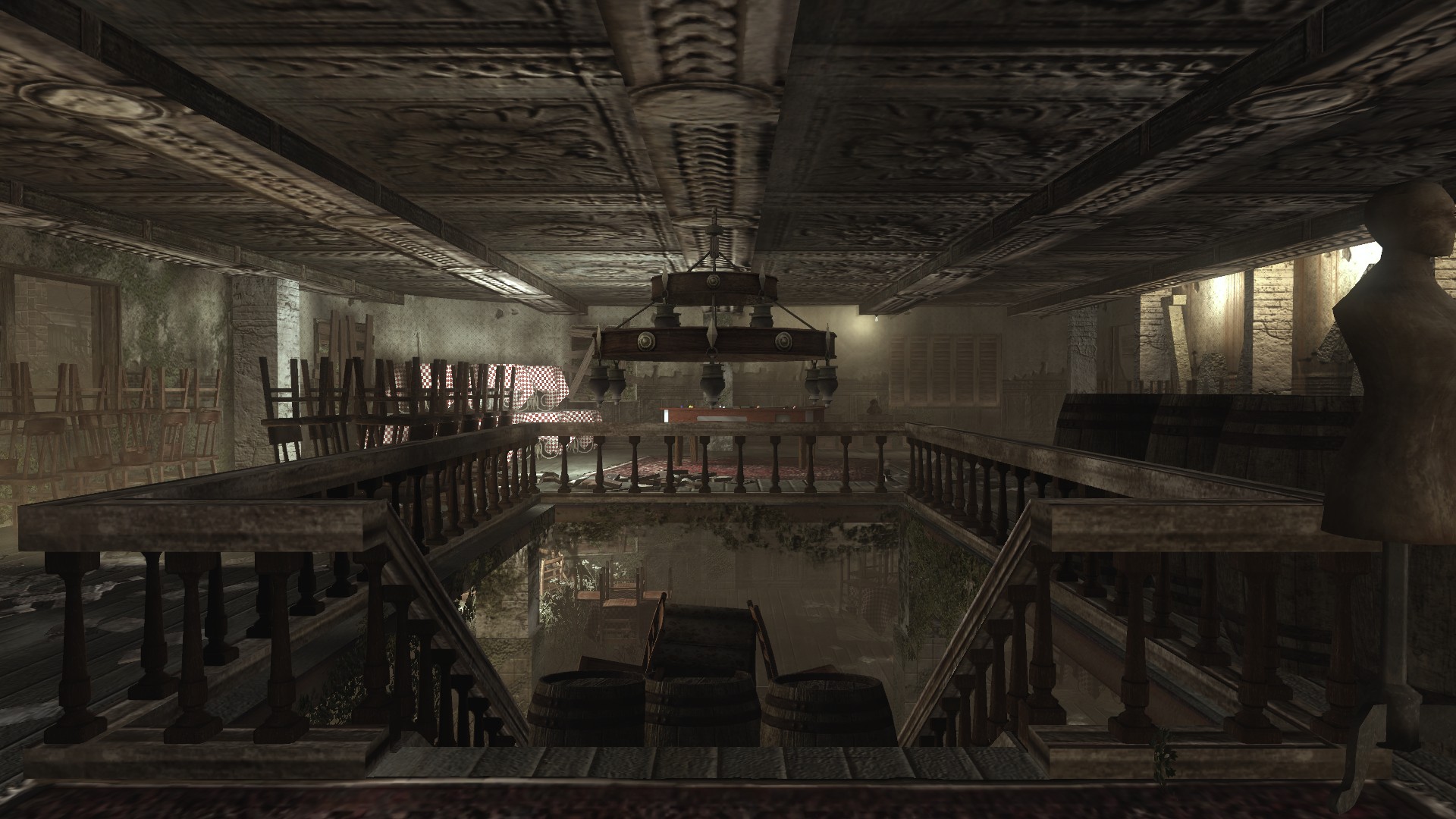 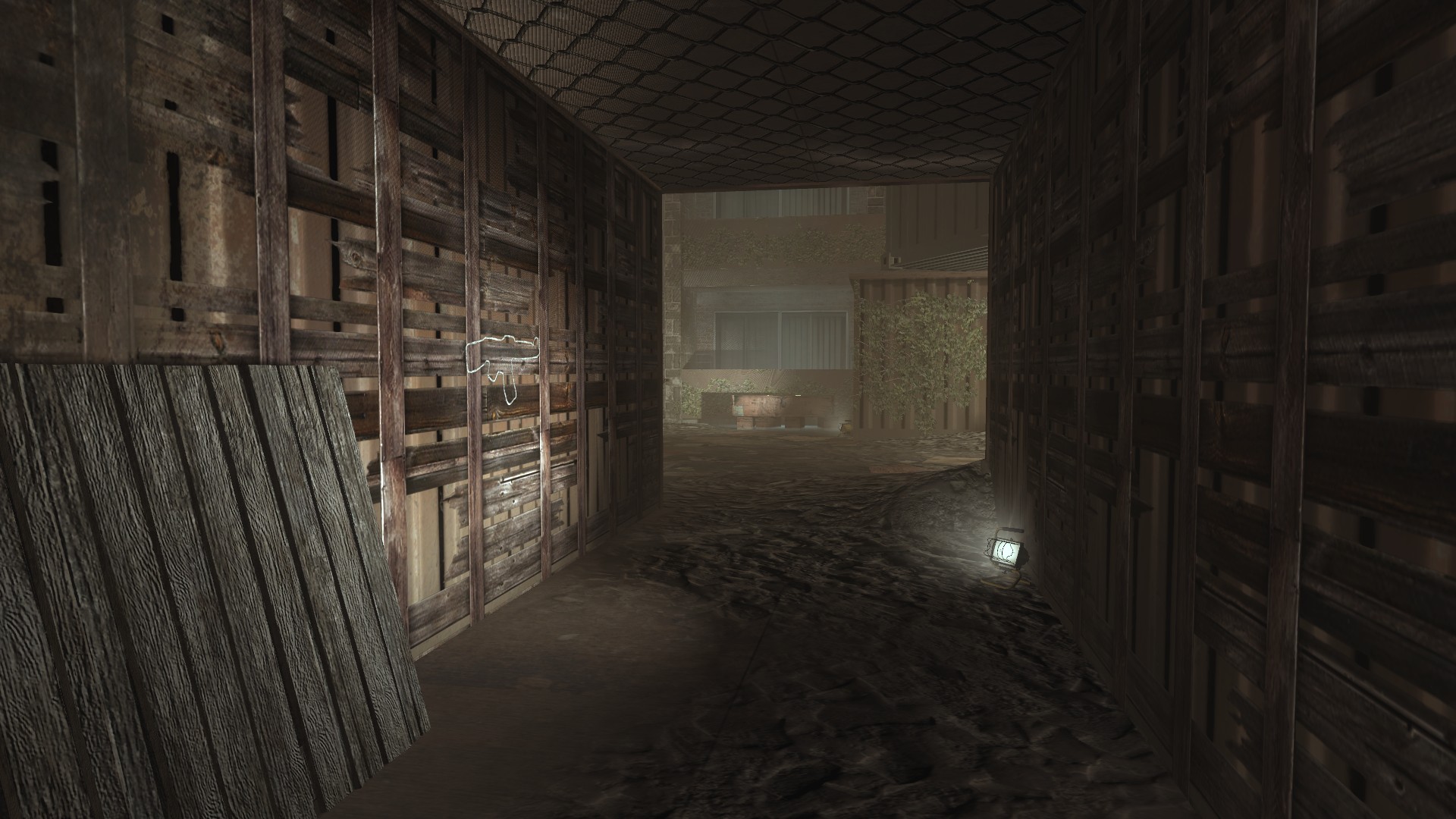 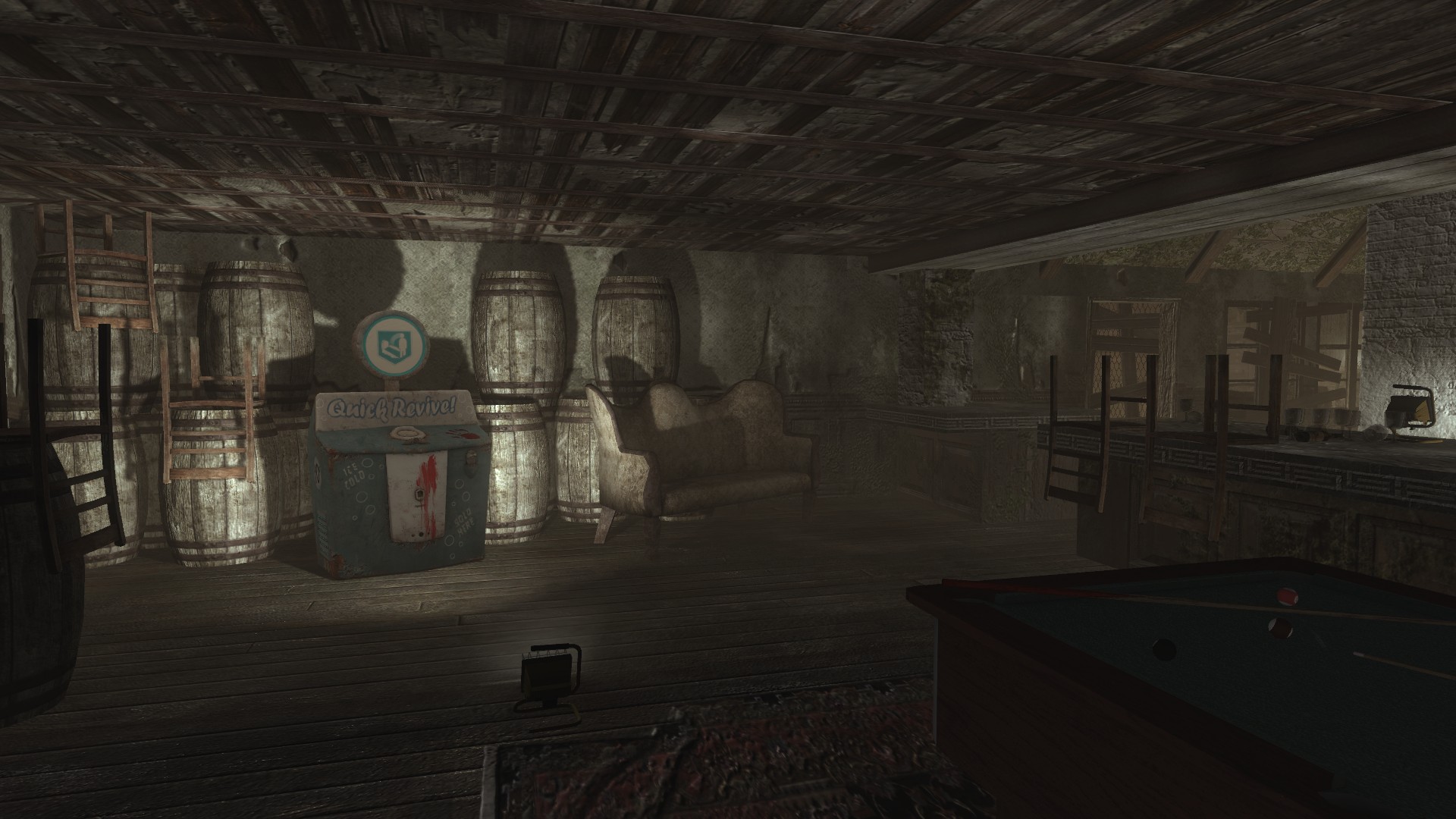 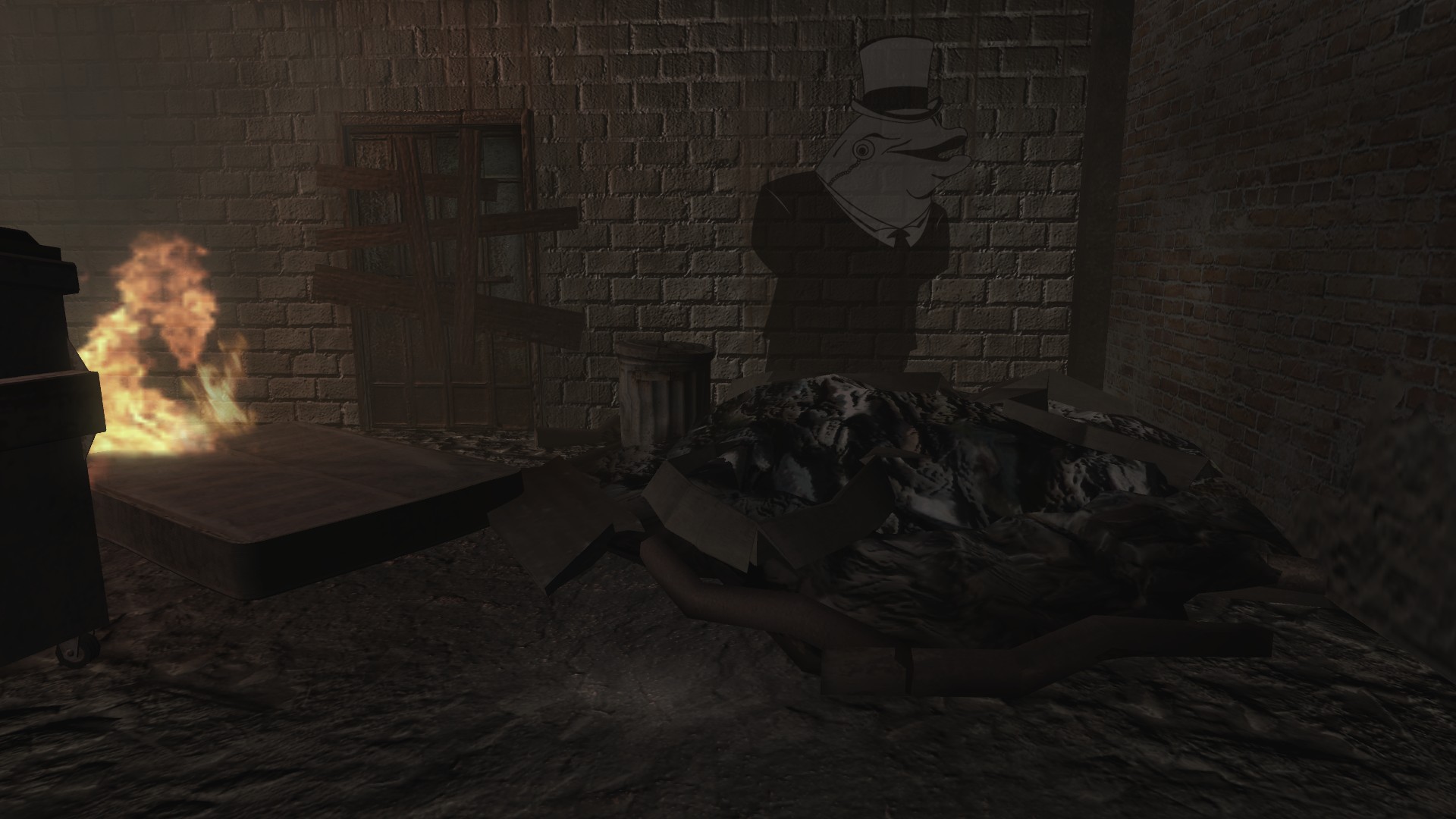 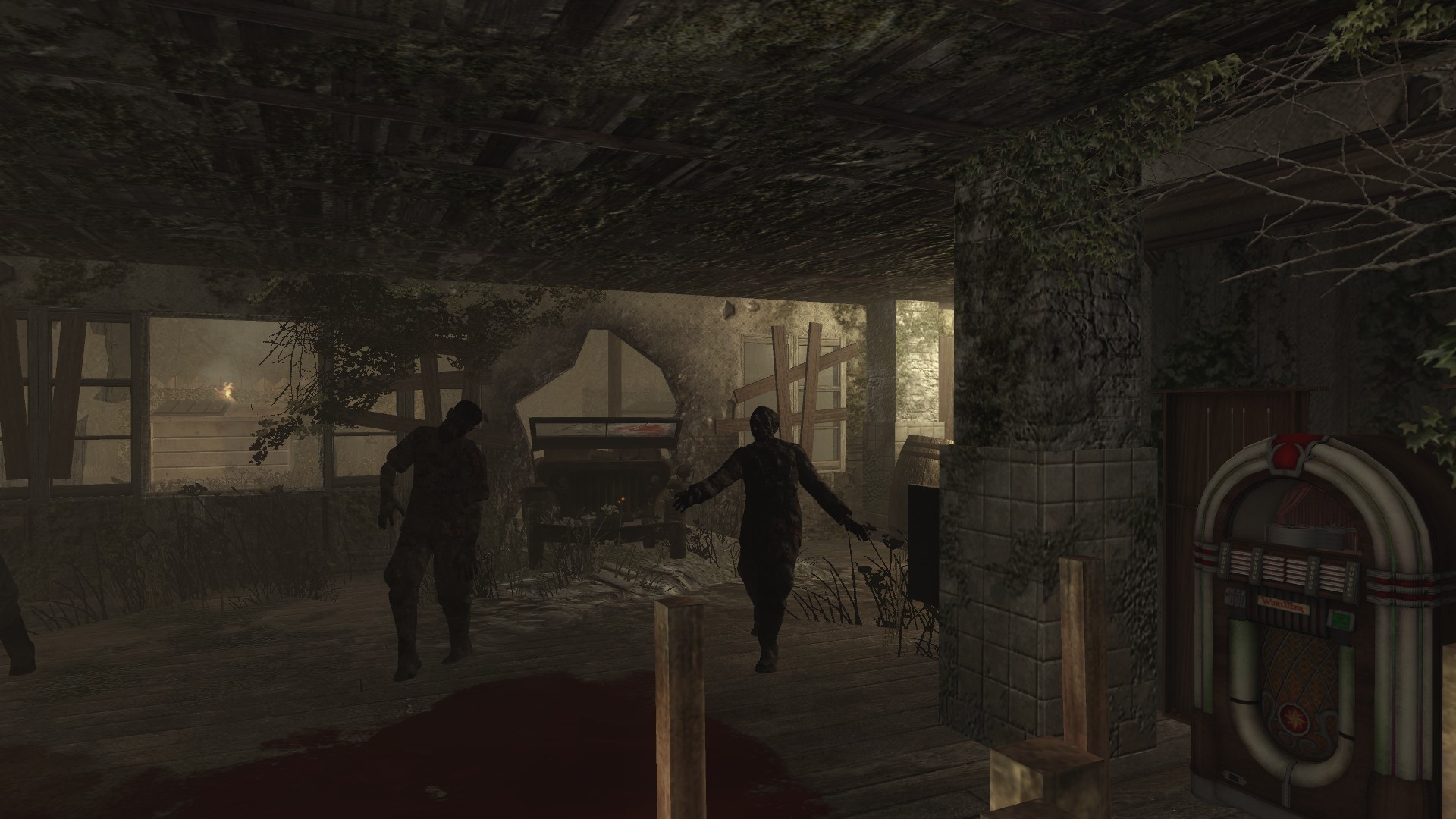 Eh?
[You are not allowed to view external links. Register or Login to see them]
(Click to enter portfolio)
×
SajeOne's Groups
SajeOne's Contact & Social LinksSajeOneSajeOneSajeOneseoePortfolio
Epicness

Mariogiik_17
[bug] players fused together or something

[bug] players fused together or something

What do you mean?

Mariogiik_17
playing with my friend and he has my gun in his face and im invisible... like i am fused in his face

playing with my friend and he has my gun in his face and im invisible... like i am fused in his face

That's weird, I wasn't a part of bug testing so I have no idea. I guess wait until W1NG3D is back online

At least it doesnt affect your ability to play the game.

I know for sure that W1NG3D and his testers would have noticed this co=op bug before releasing, no idea why that's happening. Also for the audioless weapon, which weapon is it?

playing with my friend and he has my gun in his face and im invisible... like i am fused in his face

your friend has loose files in his mods folder, tell him to make sure he has nothing but folders, if he has any files in there it will load up with every mod and cause errors with most.

I know for sure that W1NG3D and his testers would have noticed this co=op bug before releasing, no idea why that's happening. Also for the audioless weapon, which weapon is it?

Never really had a chance to test in co op other than with winged, and we didn't have any of the problems listed.

W1NG3DW1NG3DNZMy online portfolio
It seems as if a few last minute script changes may have screwed up the character models in co op, it works fine if you play the map with Realism

and as for the pack a punch weapon sounds not working, I'm not sure why that is happening because the sounds were working fine in a previous version... I'll have to investigate these issues a bit later and maybe create a patch file to fix these problems.

I played a co-op game and experienced the same bugs, didn't really affect my ability to play at all so at least it's not game-breaking. I'll still work on a fix though

I guess for now if you want to play with friends and find the gun-in-face thing really annoying, add the map into Realism and it should fix the issue in the meantime