Created 1649 days ago
by HitmanVere 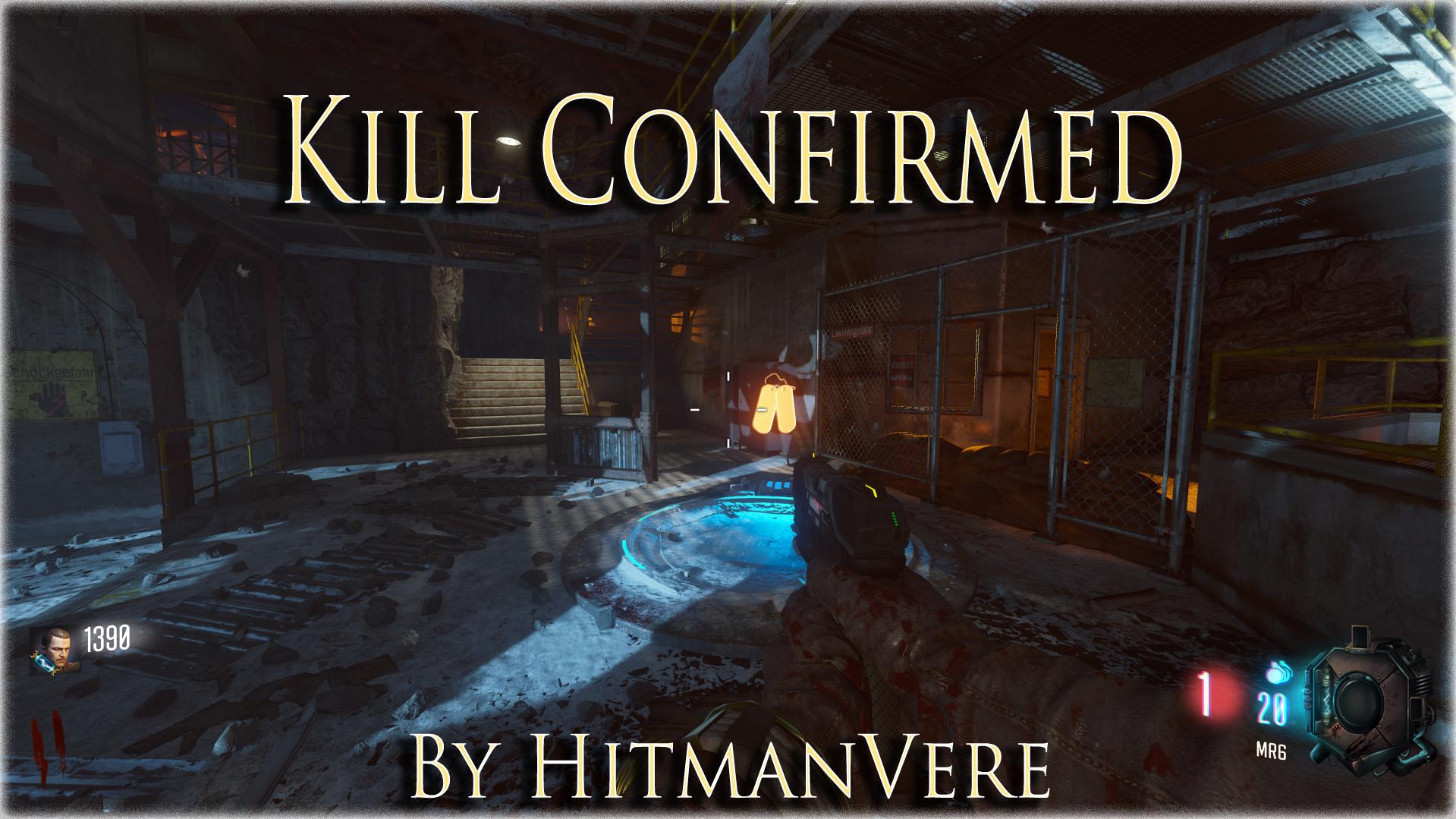 Kill Confirmed is a Multiplayer gamemode, first introduced in Call of Duty: Modern Warfare 3. After making the mode for World at War and Black Ops 1, I decided to modify it slightly and get it to work in Black Ops 3 stock maps.

Main Point of Mode:
-Every zombie drops a tag. Pick it up and you get a point. Special zombies (except Keepers) do not drop tags (dogs, parasites and spiders). Bosses drop blue tags which are worth five points. If you don't pick up the tag before 15 seconds is up, the tag disappears into thin air.-
First person to get 150 tags wins. Game will then automatically end, announcing winner.

Notes:
-Best played in co-op (the more players, the merrier) Solo is same as surviving to certain round, so I highly suggest getting friends and playing with them.
-Dead Ops Arcade 2 is not supported (duh)
-Dog tags can sometimes drop outside the map and I 100% can't fix that. This isn't gamebreaking issue, but mentioning it so you don't need to report tags dropping behind barriers and such.