Created 2033 days ago
by JiffyNoodles 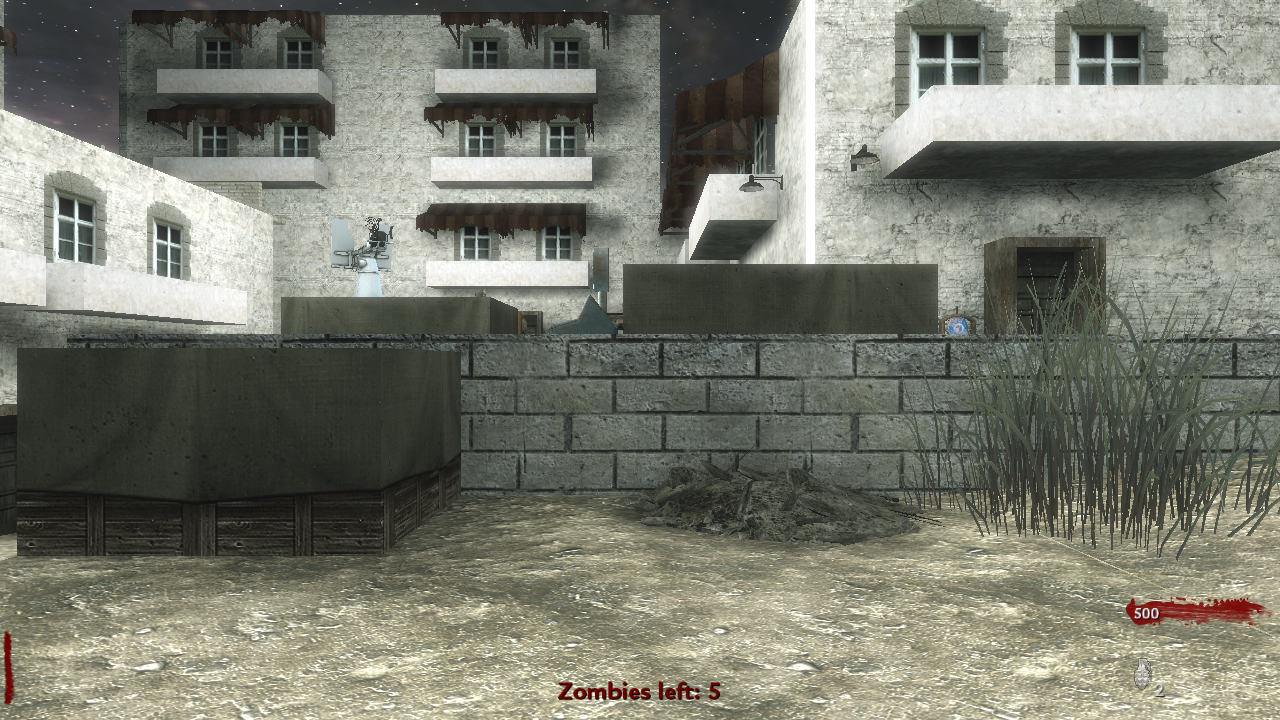 You know, I was in a good mood today, I rolled out of bed nicely, donned my clothes, got myself sorted, and all with plenty of time on my hands. So, I thought to myself, what shall I do today? Custom Zombies is looking mighty fine, and so Custom Zombies it was. I had some fun playing a quality Map (not gonna drop names

) and then I thought, let’s give this a crack… 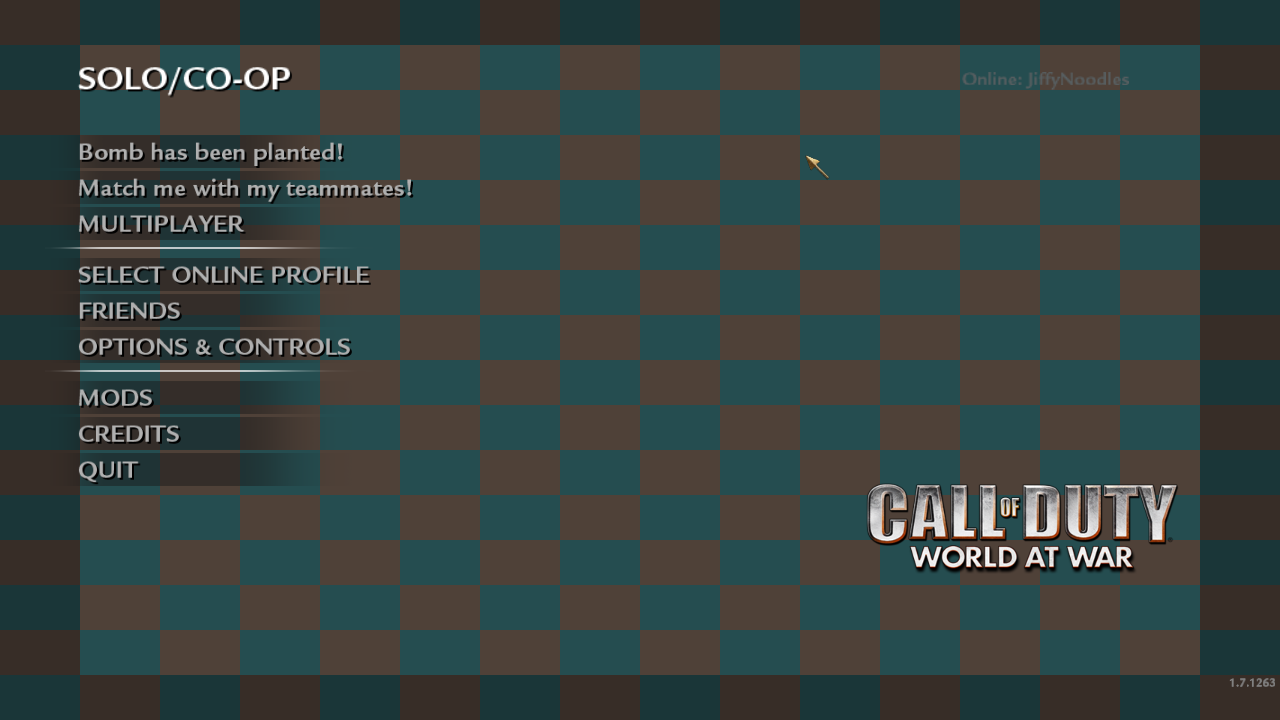 I messed up big time with this map. I was having second thoughts just looking at the main menu screen for this map.
I mean, Just look at it, even box ma- I mean, One Window Challenges have a better main menu screen than this. But, despite this little pothole on the road to ruin, I pushed on, thinking that maybe he just forgot about it, like how a step-father forgets his adopted children with a quick scull of a beer.

I gotta tell ya, I was surprised, but not in the I-just-got-a-small-loan-of-a-million-dollars kind of way, it was in the where-the-fuck-is-my-weapon surprised, because, in case the above image doesn’t do me justice, you don’t have a weapon equipped with you, in your primary slot anyway. This becomes a real pain the arse, as it only gives you one weapon slot. The feeling kind of goes like this. It’s like unwrapping your birthday present, to find yourself a brand-new PC, but, the makers thought it would be hilarious if they only gave you the Minimum Specs to be able to Run Minesweeper on it. It’s also a punch in the guts after a delicious meal, it’s a kick in the balls after amazing sex. Just imagine a really good thing, then having it ruined almost instantaneously. 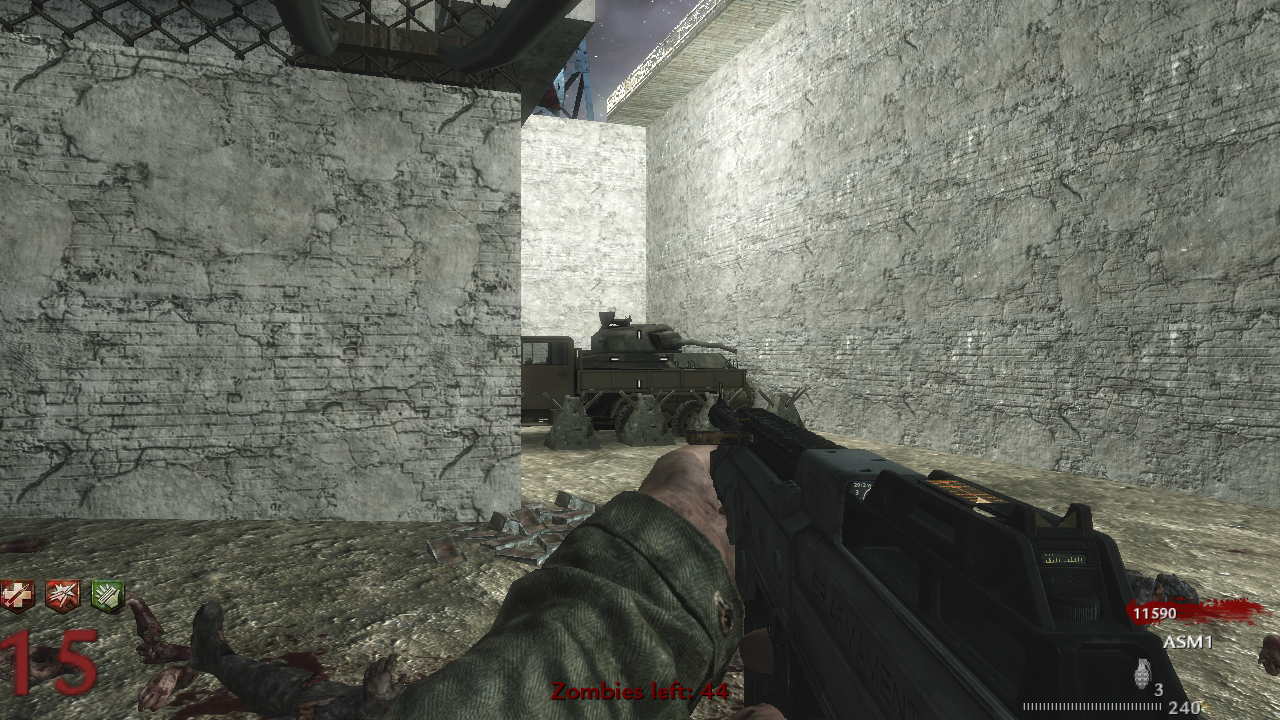 The above image, is showcasing the only feel-good moment that this map offers, that being an actual ASM1, instead of a M1927 2.0. Everything else is as depressing as a handjob in a back-alley from a trannie called pixeldust. Half of the weapons are silent, making me feel like my game is actually a silent film, and the game is constantly freezing, making me feel like I’m versing the weeping angels from Doctor Who, except more frustrating as it isn’t scripted. Hell, even the grenades are broken to the shithouse, because instead of throwing a lovely oval-shaped ball of love and destruction, you throw a Cow-bell…

And , you do the equivalent of being Stevie Wonder, and by that I mean that when you want to throw a grenade, your face finally throws in the towel and melts all over your face until your throw bessies cowbell in some sort of direction. Because explosives weren’t very dangerous before, so we might as well try throwing them blind, really adds to the immersion of the zombie-slaying experience. 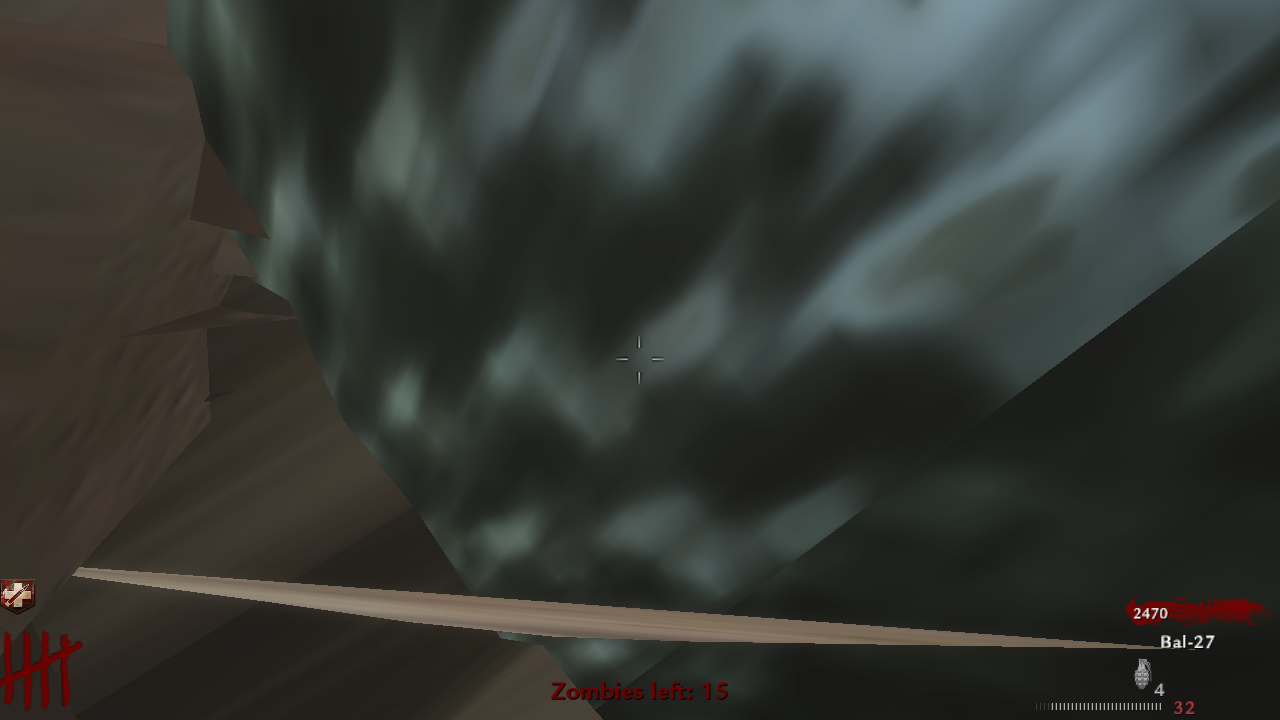 There is a Pack-a-Punch on this map, but its whereabouts are as unknown as the location of Atlantis of Tupac Shakur.
To really seal the deal, the pathing of the zombies is more broken than the fourth wall after a deadpool movie. The zombies rise up, look around, go ‘fuck this’ and sprint in the exact opposite direction of me, looking for a way to end this nightmare. Then, they come to same realisation that we need each other to die, I can shoot them, relieving them of their horrors, and they can bash me more than Chris Brown on Rhianna.

Overall, don’t bother playing this map, even if it is in BETA, wait for a full release, that will hopefully, come with some Morphine to numb this malignant cancer that is growing inside my eyes.

Leave your thoughts down below, and let me know if I went too far this time, because everyone seems to think I went hard-out on my last humorous review (oh, I held back, believe me

). This could be the last time I do anything humorous, as my humour doesn’t seem to hit home like freight train through your front door.
Catch ya on the flip-side.
Jiffy
A quick Rank: DILLIGAF/40 - DILLIGAF standing for...

Literally the only thing I got from this review lol

TimSmithMy clan Website
Oh shit i laughed so much on this review . Thx , i needed a laugh for a sec.

smasher248
The Last of Us
Location:

smasher248
can someone review this review, its awfully long, and i  want to know how good it is before getting into it

can someone review this review, its awfully long, and i  want to know how good it is before getting into it