(if not a script I will move) Recreate the BO3 HUD in WaW?

Created 345 days ago
by steamerazo

0 Members and 1 Guest are viewing this topic.
532 views

Date Registered: 7 June 2015
Last active: 6 days ago
Posts
10
Respect
0Add +1
Forum Rank
Legless Crawler
Primary Group
Member
×
steamerazo's Groups
steamerazo's Contact & Social Links
Does anyone think it would be easy to recreate the HUD from BO3 and recreate it in BO3 I've noticed BO2 recreations and BO1 recreations and I've been paying closer attention to the HUD in BO3 and I feel it wouldn't be too dificult to recreate. For anyone wondering why, I've been playing a lot of Reapers's Map Pack (10/10) and wanted to take a shot at cleaning making an improved HUD if he'll let me. If not than other mappers can use it for their maps but I've been looking at it and it seems like it would be as easy the Bo2 huds. It's just finding the right numbering. Reaper got close by adding the gear/light (Idk what it's called) all that would be needed is making 2 blue blurs and but numbers over them with the same font as BO3. The only problem I could see is that the blue blurs act diffrently, in that they turn red when you are low on ammo, but you could also just combine the numbers with the blue blurs. If anyone's done this sorry for sounding dumb.

×
IZaRTaX's Groups
IZaRTaX's Contact & Social LinksIZaRTaX
It is not a .iwi error but script errors 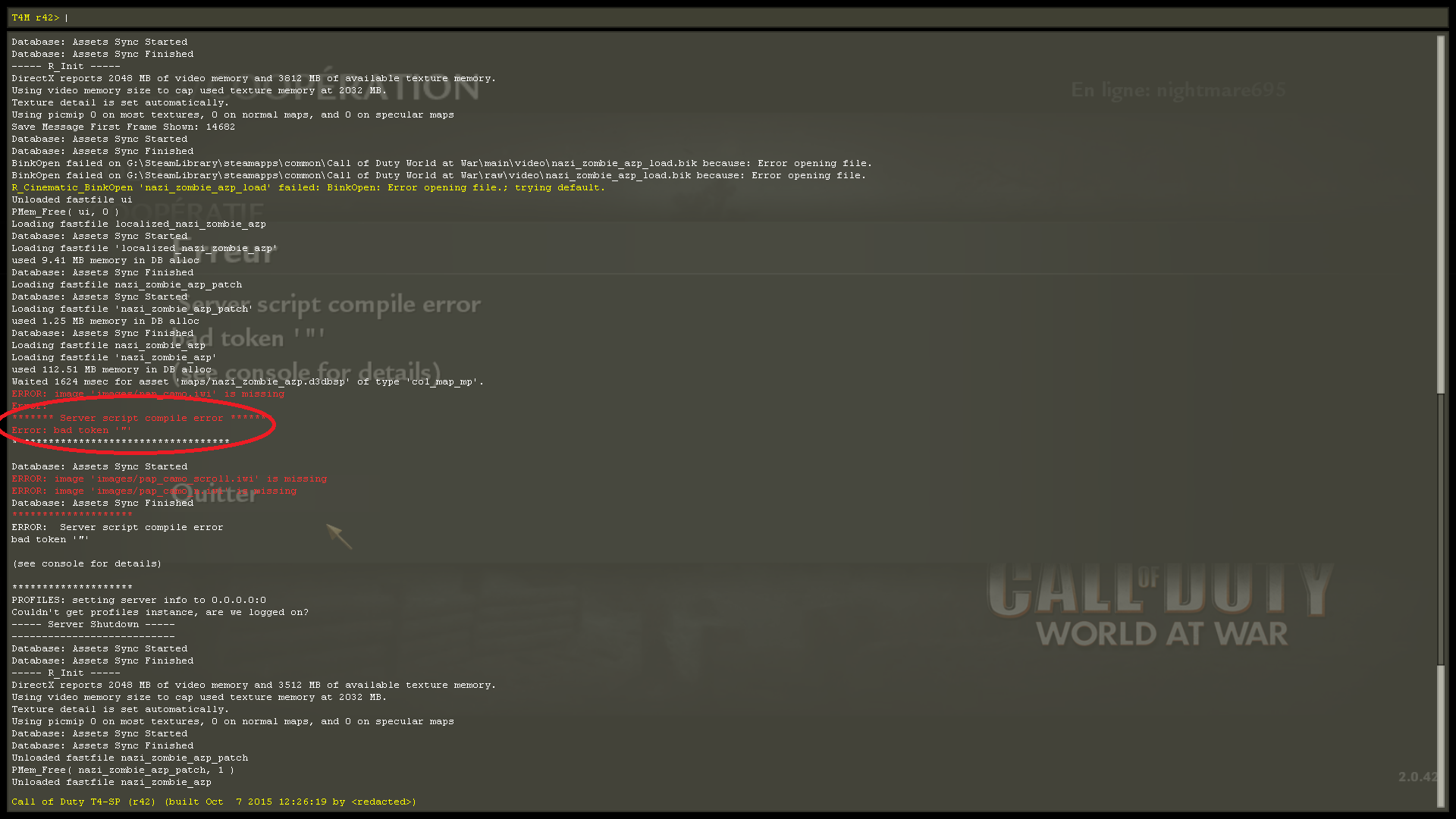