Mansion of the Undead [UPDATED]

Well, this is actually my first ever map for CoD Black Ops 1. This is a map that i started creating a long time ago, and now it was finally the right moment(i guess) to publish it. It doesn't have a story, cos im too lazy to think of one, but it is a cool black ops 1 styled map with a lot of cool easter eggs, and a very challenging map, due to being hard to get to the high rounds(at least for beginners i guess xD), and it has a lot of cool features. Players in game are meant to travel back in time and kill the evil samantha. But what are you going to actually discover?! Well there's only one way to find it out!

Credits of the people who supported me in the project

Vertasea - helped with pretty much anything i needed, gave a ton of scripting support and fixed a lot of my scripts in the correct way
Yafeli - scripting support in general, and also did the script for showing the zone names on top of the screen same as in BO4
Cortland - helped me with xmodels from bo4 and other games, and also ported the tigers from bo4 so i could use them in my map
Shippuden - A little scripting support, made the Avogadro and Zombie Destroyer scripts, also got the blundergatt weapon
HitmanVere - taught me how to script in the beginning and also helped with scripting or any other problem i would have, also used his tutorial to setup the map in co-op
Gympie - giving scripting and general help in cod modding
Salamanca - perk models from bo2/bo3
Utamia - helped me with installing players viewhands
Hndful - for helping me change the cursor image
Arrows and xSanchez - helped me fix an old zonning problem that i was having before
Clippy - was the 1st to teach me how to install a sound in BO1
SE2DEV / NUKEM - for the needed files to make possible creating maps in CoD Black Ops
UGX-MODS - for the scripting reference website
Treyarch - for the original mod tools files


Credits for people who played the map and reported bugs

If i forgot somebody simply send me a message or leave a reply to this post so i can add you later on.


Music used in the map


HOPEFULLY I DIDNT FORGET TO FIX ANY BUG XD


Some images from the map 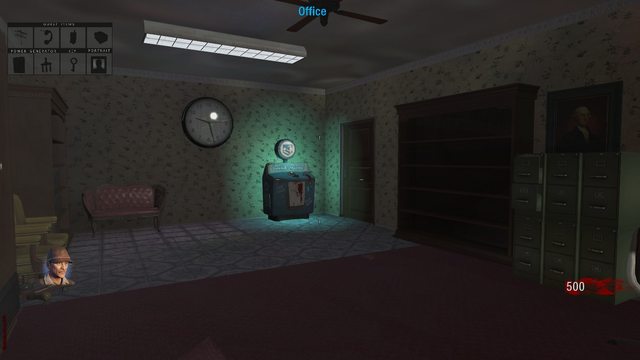 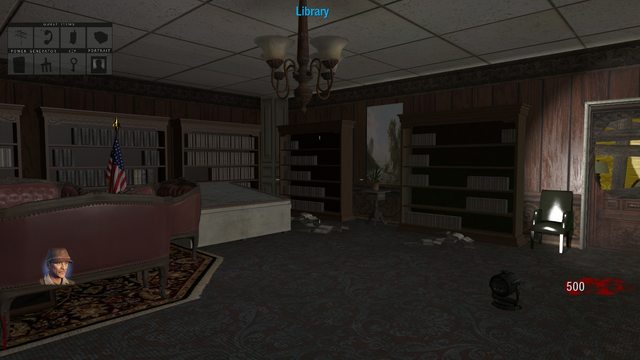 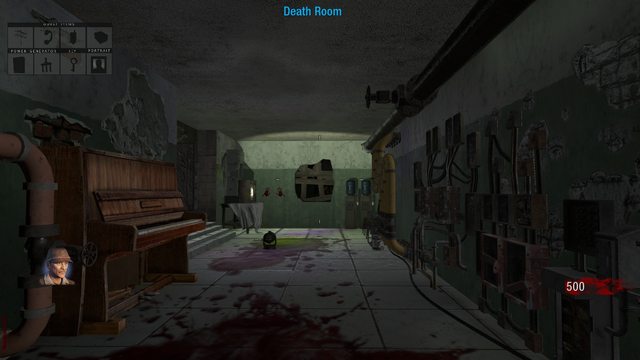 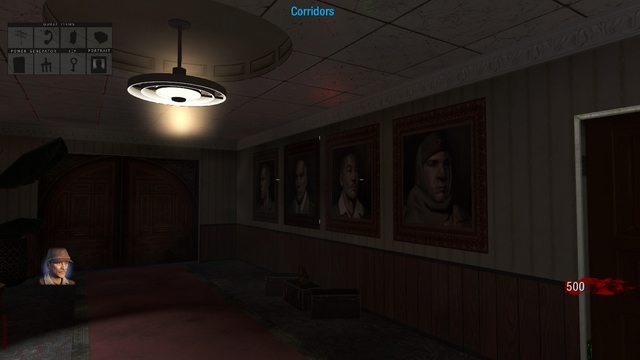 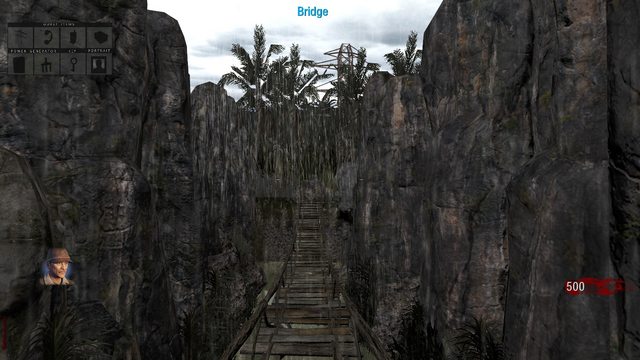 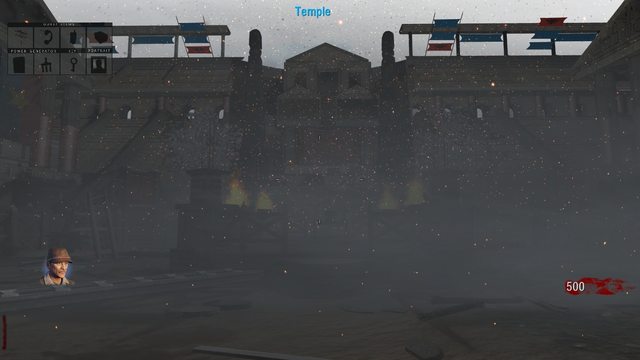 I would also suggest to keep these settings on extra 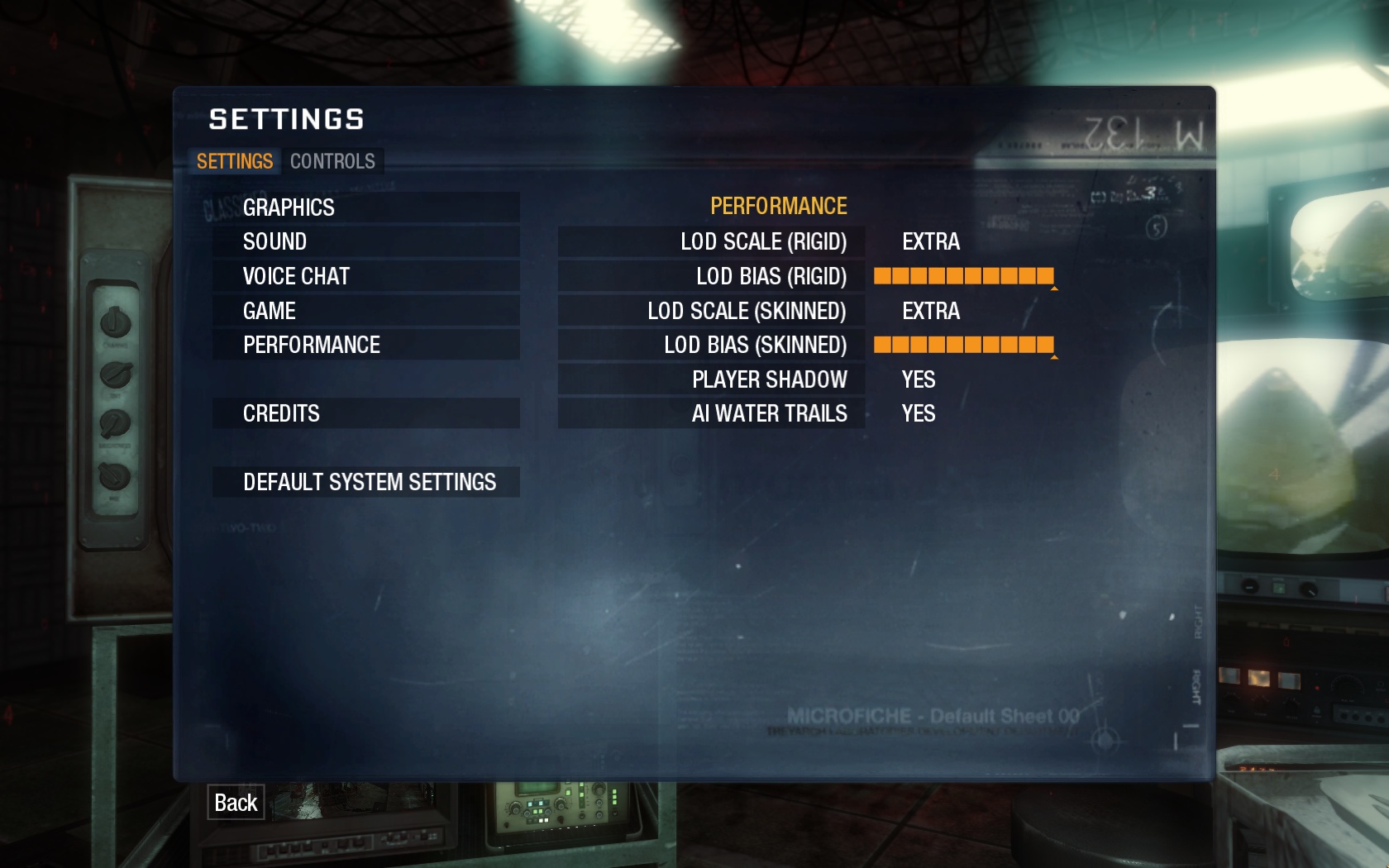 Well, pretty much its a simple thing to do and nothing complicated
I recorded a video about it

Ignore this cos im kinda dumb and i posted it wrongly in this section. Go in the tutorial section and check it there till Gympie tells me how to delete this post because i don't see any frickin option.
1 year ago

Alright, this tutorial will be extremely easy to follow, no sound alias needed or anything else.
First of all you are going to need a black ops converter tool, literally get the black ops sound transcoder from here https://aviacreations.com/wraith/#utilities-view
and get all of your sounds convert them same as you would do in cod waw(.wav) and then just open the tool and and drag your .wav files there, and the sound transcodcer will convert your files in the bo1 format.

I will start with round sounds. To change round sounds you need to have your sounds ready and converted, and after that you go to black ops 1directory, mods/mapname/sound , if the sound folder doesn't exist, then just create it. After that open the sounds folder from there and make a new folder called "mus", open that folder and inside of it again make a new folder called "zombie". Once again you open that folder and make a new one called "zombie_global" and there you can put your round sounds together with the dog round sounds. You have to rename your sounds in a specific way.
round start - mus_zombie_round_start
round end - mus_zombie_round_over
dog round start - mus_zombie_dog_start
dog round end - mus_doground_end
So literally this is the location  Call of Duty Black Ops\mods\YOUR MAPNAME\sound\mus\zombie\zombie_global   and you paste your converted and renamed sounds there.

Now to change the perk jingle and sting sounds you need to sill make these new folders(unless you already have them) and go to this location
Call of Duty Black Ops\mods\YOUR MAPNAME \sound\mus\zombie    and at the folder called zombie, make a new folder and name it "perksacola" and there you have to paste your sounds and rename them in a specific way.
mus_doubletap_jingle
mus_doubletap_sting
mus_jugganog_jingle
mus_jugganog_sting
mus_revive_jingle
mus_revive_sting
mus_speed_jingle
mus_speed_sting
So, literally in this location Call of Duty Black Ops\mods\YOUR MAP NAME\sound\mus\zombie\perksacola you paste your own sounds and just rename them.

And finally, to change the game over sound same as for the round sounds and perk sounds, you go to the same location Call of Duty Black Ops\mods\YOUR MAP NAME\sound\mus\zombie and make a new folder called "game_over" , and inside there get your sound and rename it to "mus_gameover_abracadavre" and paste it in the "game_over" folder. And that's literally it. I am pretty sure that there are other ways to change these sounds, through sound aliases but this process is really quick tbh.
2 years ago

Mansion of the Undead

Well, i have been working on a map, which i named Mansion of the Undead, for a while, i guess map is finished, i am not going to add any other area, i just literally need a scripter for an easter egg for the map, then i will release it. Anyways, except this, here's a download to test it!!! Any feedback is appreciated. Also there's an area which you can't normally enter, cos i deleted some scripts i did(cos im a nob scripter), literally enter with noclip and play on GODMODE and look at the map.

//EDIT: 22/06/2020
Well, this is just a recent update, the map is still unfinished, i need to add a bos fight and fix the lights as well, but other than this, the map should be good to play or even just to explore it. It's way more updated than it was in the previous version. 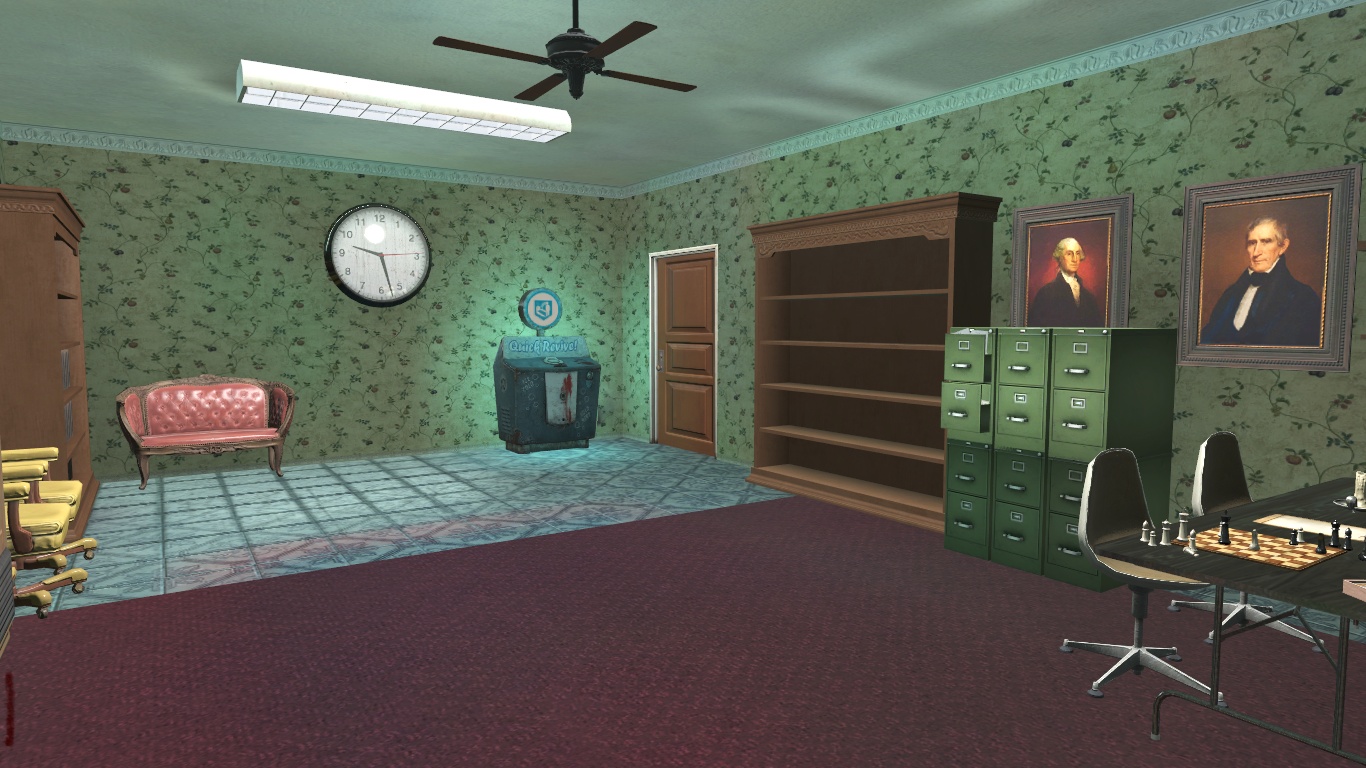 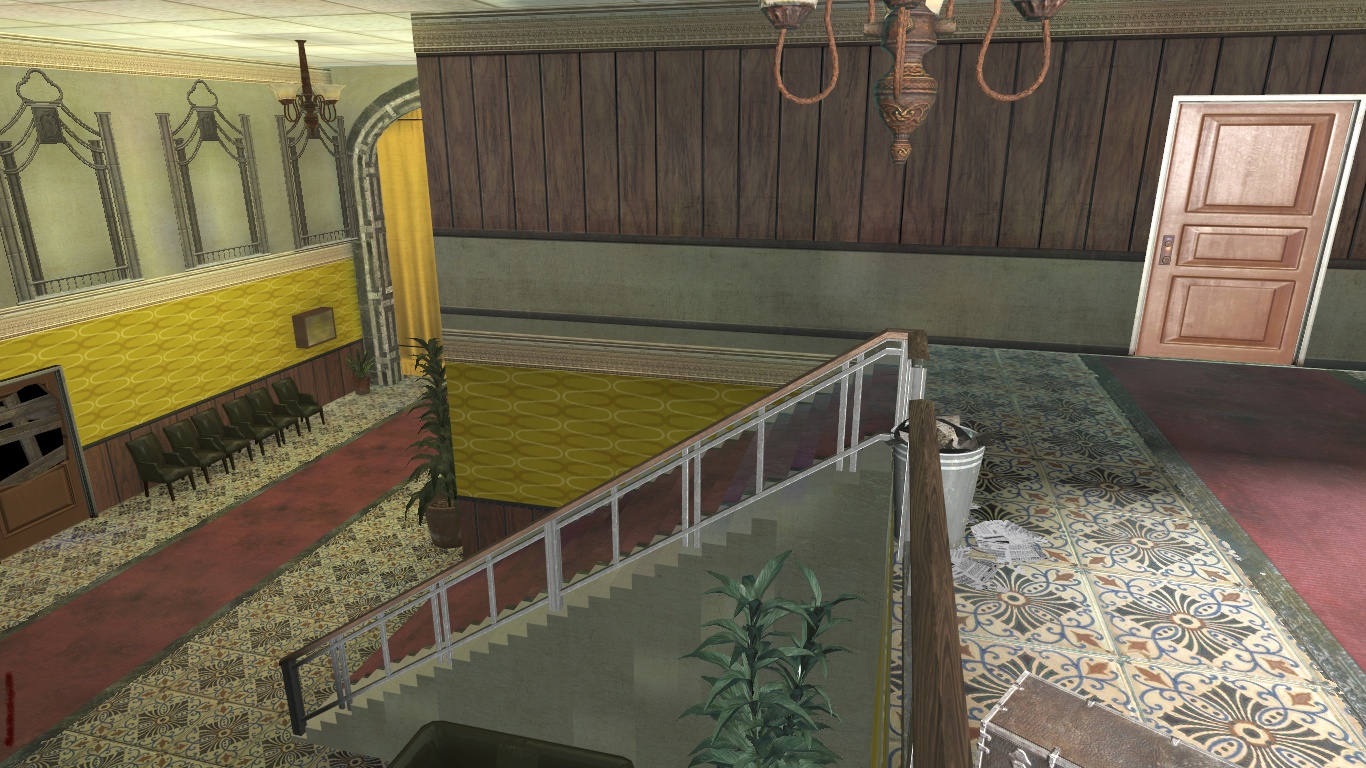 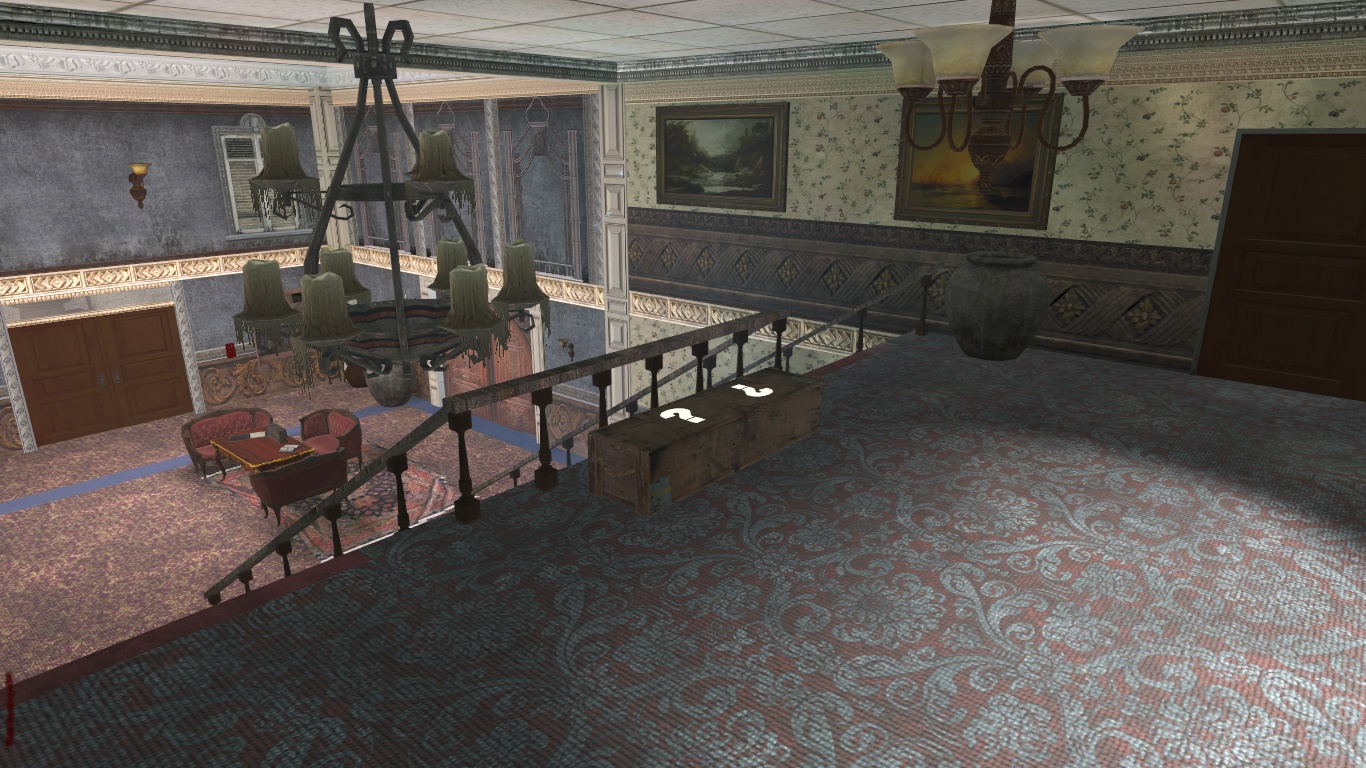 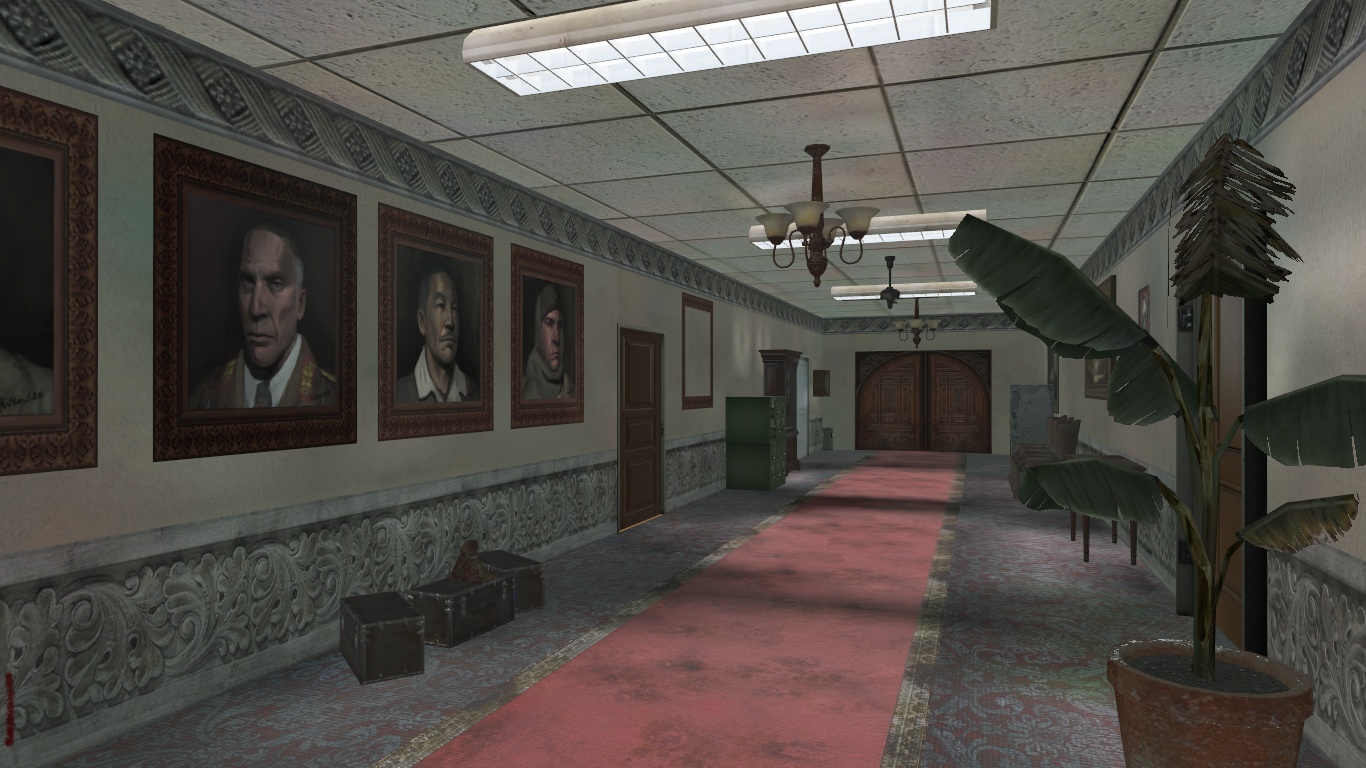 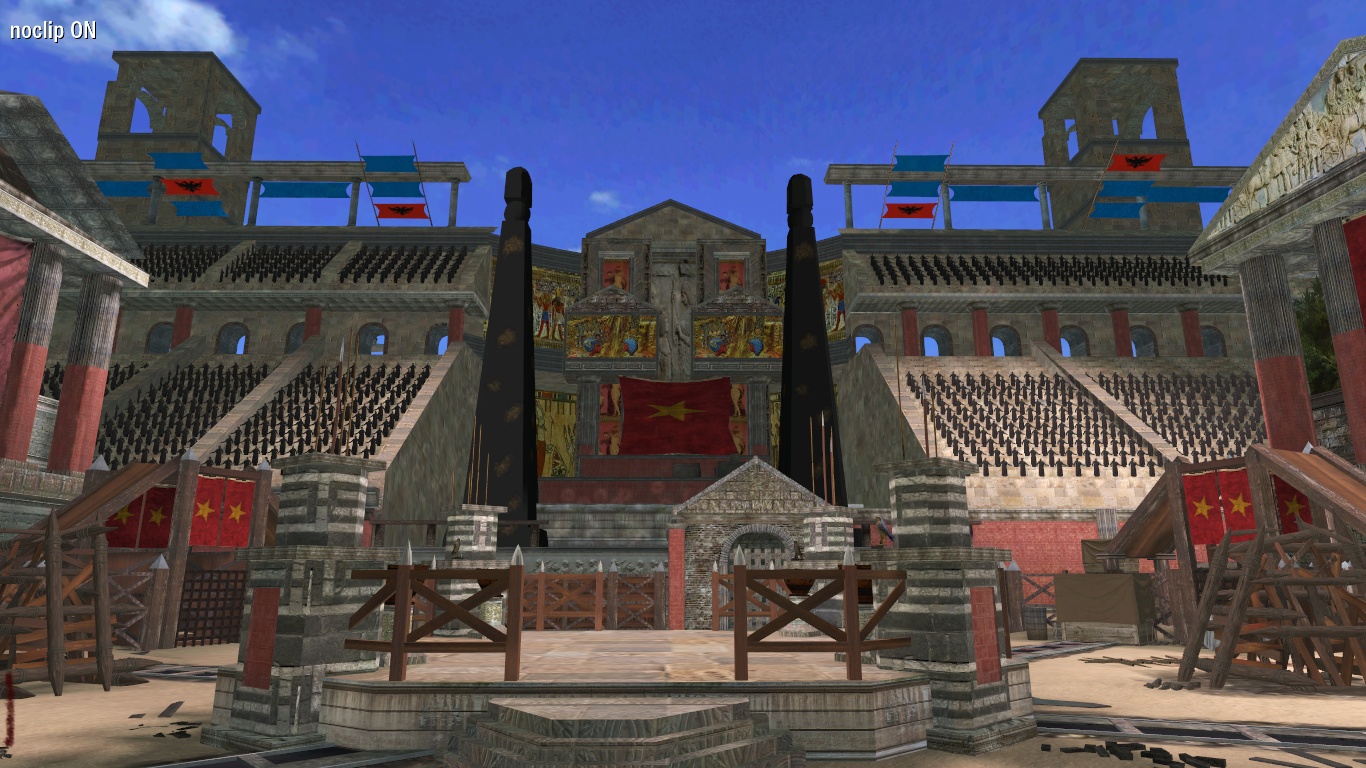 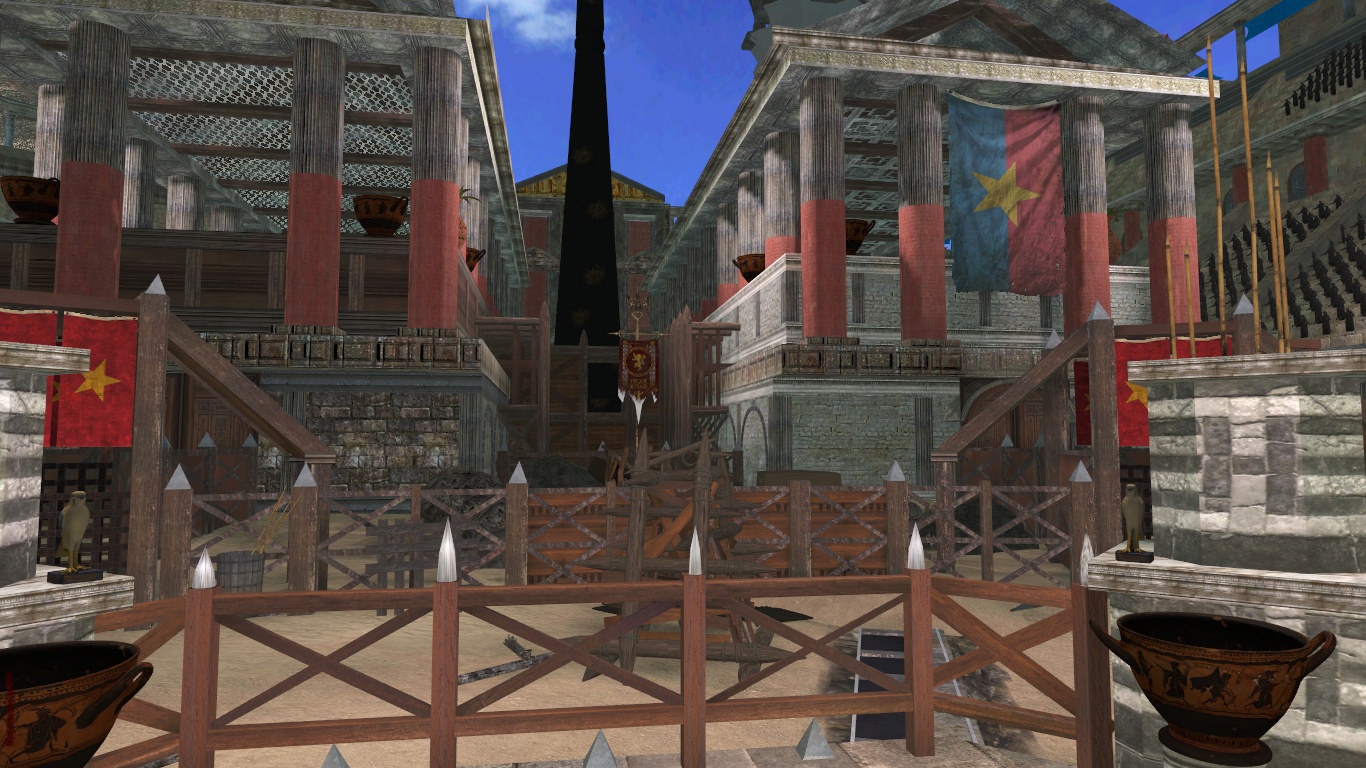 is me nier
2 years ago

1. Go in radiant and place  a trigger/use , select it, press N and give it the following KVP
key:targetname
value:toilet_trig
Done with radiant.

2. Get two sounds, the first sound for the toilet flush sound, and the second sound for the actual song you want to play for your
easter egg. After you convert them in Audacity(or whatever you use to convert your sounds), and after you have included them in your mapname
(literally when you've finished adding your sounds) open your
CoD WaW Root/mods/ YOUR MAP NAME/maps/ YOUR MAP NAME.gsc

3. Go to the bottom of that file, copy the code below and paste it
Code: cpp
4. Then scroll up until you find FUNCTION CALLS PRE-LOAD and paste this line underneath
5. Save the file, build your mod, compile the map and DONE. Go in game and check if it worked.
NOTE: It doesn't mean that it has to be a trigger/use, it could be a trigger damage instead, but since in verruckt it is a trigger use
i did the same for the sake of this tutorial. No need for any credit anyway.
Well, that's it, worked fine for me, should do the same with you.
How to add custom sounds on your map ----> https://www.youtube.com/watch?v=wVmWFarXQpk
2 years ago

Minions by k3nt
A bit of description

The map indeed is just a small to medium map. You have some cool features aswell a buyable ending. The idea of the map came from my friends, since i remember that we used to spend a lot of time playing Hello Kitty Remastered(another custom map for waw), but it has so many glitches, so i just did a similar map to that for us to play. It is a challenging map(at least some of my friends say that)  and it worths to try. The map indeed wasn't meant to be public but yeah, in the end they said why not.Hope you enjoy it!!!
INSTALLER

UPDATED [28.10.2019]
-Removed buildable power switch(the script i was using from ZK did not include sounds, and it kinda sux )
-Removed Dolphin Dive(it was a very cool feature but i found a bug that could crash the whole game - https://www.youtube.com/watch?v=nI5vaejHlYU)
-Added another song radio
-Added another small easter egg
-Added Scavenger
-Added the playable area trig(on my last compile i deleted the trigger of powerups and forgot to put it back)
-Fixed the damage script on the PaP area
SOME FEATURES OF THE MAP 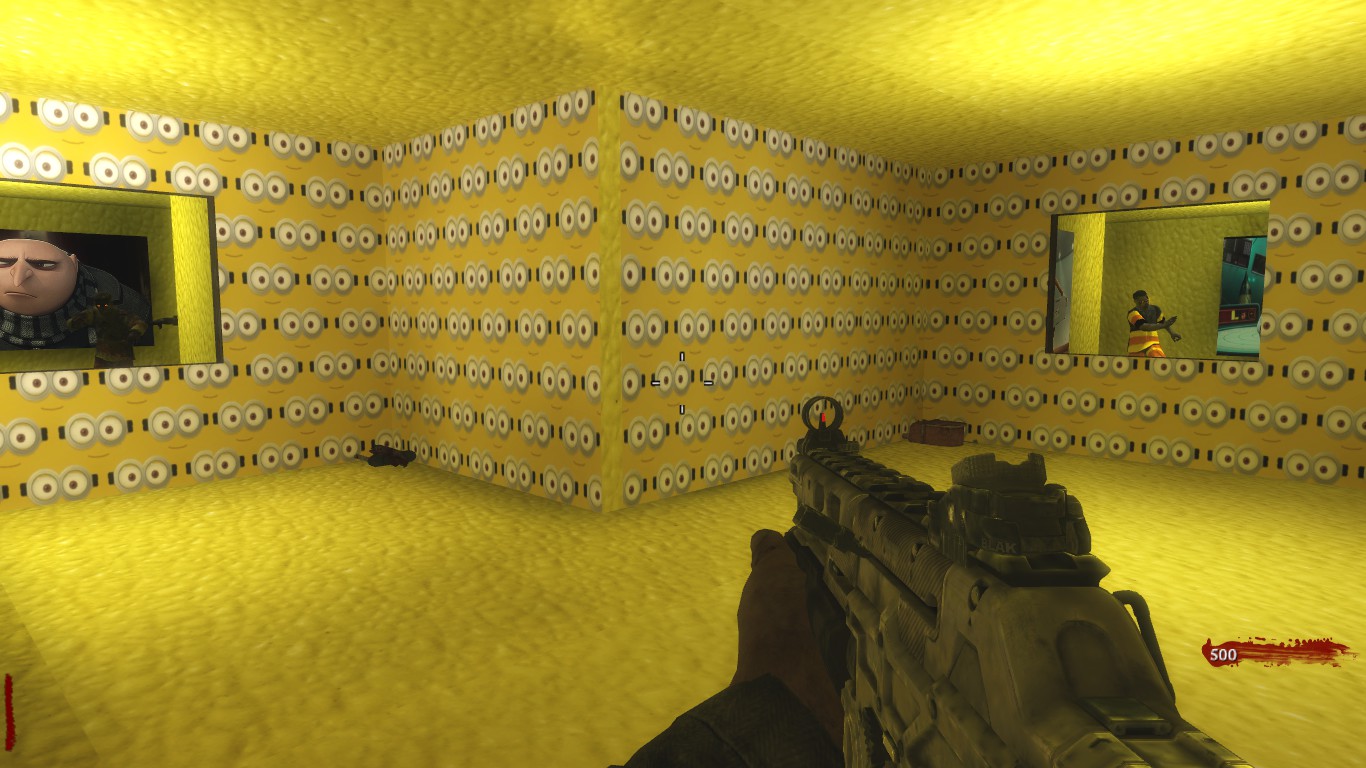 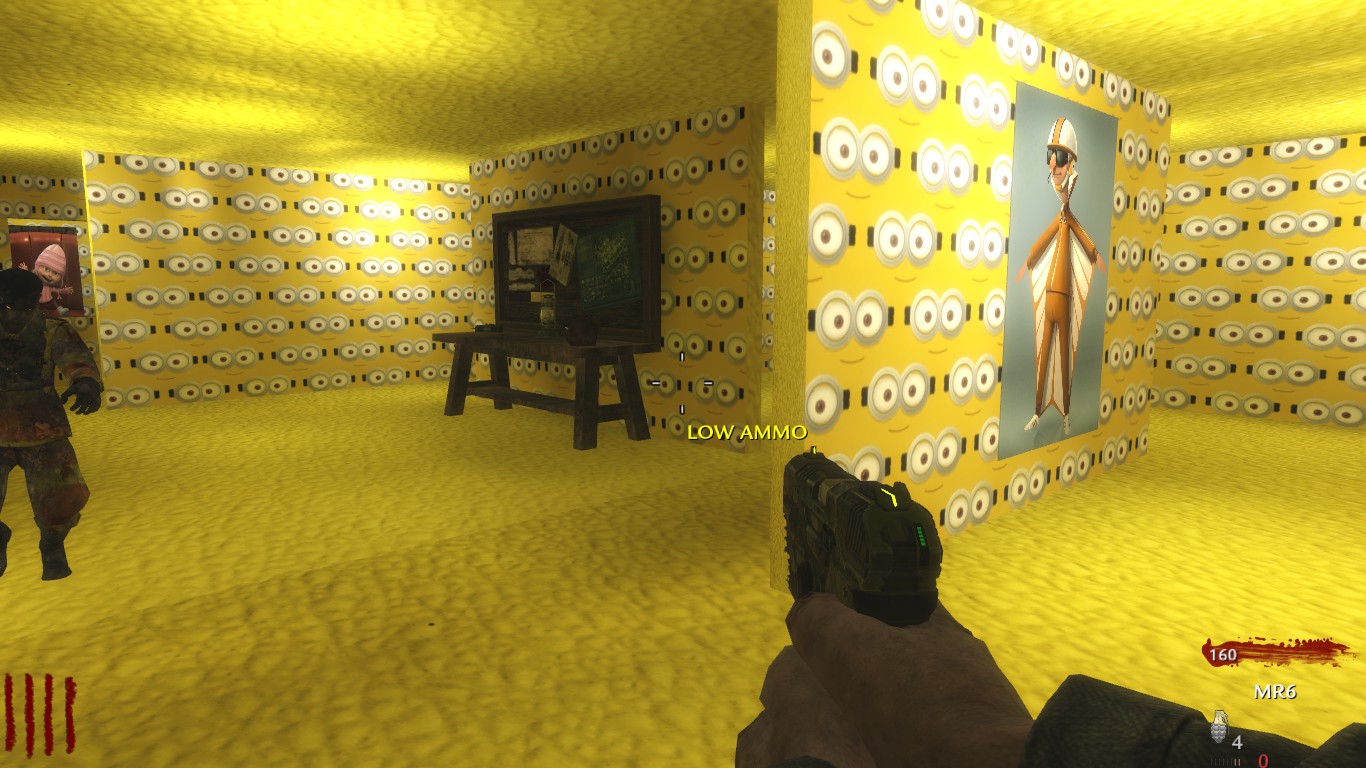 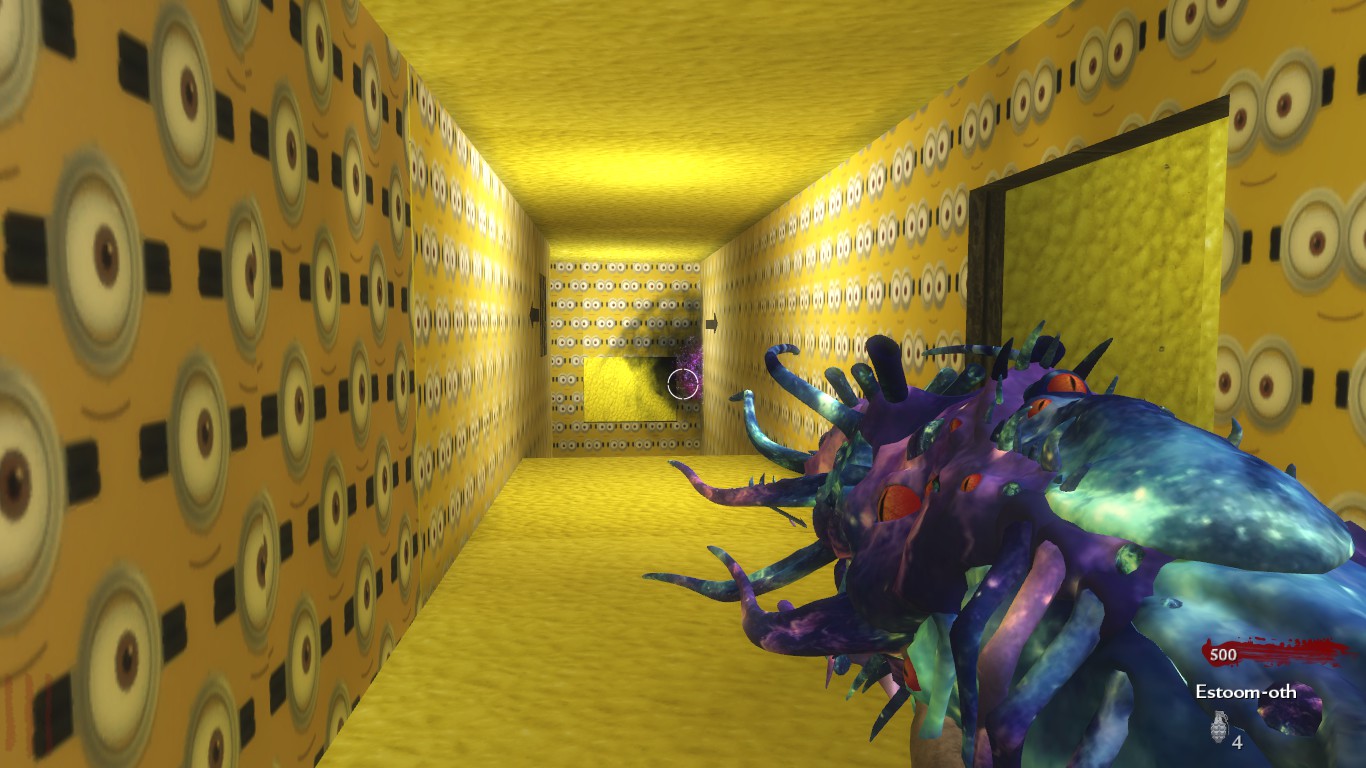 Well, i've had some troubles with muzzleflashes and someone told me that i have missing images, but i don't know how to find the specific images for muzzleflashes. If someone could help me it would be great. Thanks in advance !!!

Need some help tho :P

I need some help with 2 things1) Let's suppose i know how to install custom chars and i also have the audio files for voice covers. How do i install them?2) i've seen on scripts that for example they also call some audio except the main part. For example ``trigger playsound("cha_ching");`` Where can i find the file of these sounds? i think it's called SFX but i looked and found nothing. I appreciate any good suggestion.
3 years ago

As the title says i get the 400fx error. It would be great if someone has a solution about it because i tried a lot of things. https://imgur.com/a/f77Uc72If you want more screenshots or sth else just write it on the comments.
The whole reason of this is to make my map to run without t4m.
3 years ago

Anyone knows what clip texture should i use that works on zombies only - like Zk did in ccube unlimited for zombies to walk on air?
3 years ago

https://imgur.com/a/bMAgu5V
Now, im a completely noob on scripting and i was just making some tests.
I wanted to make a block that when players just touch the trigger it falls down and makes a damage.

Now i realised theat in game i needed ro Press F to make the block move down and when i was down the block it just pushed away player
1. I need some help to know how can i make the script so the player gets dead immediately2.(BEST PART) - How the hell can i get exceeded 400 fx error when i didnt do anything
3 years ago

I need some help from an avaiable scripter. Add me on steam k3nt89.al or Discord k3nt#2852. Thanks in advance!
3 years ago

Anyone know's how to fix this?


Anyone knows how to fix this?