400,000 members!
UGX-Mods is proud to announce we've surpassed 400,000 total registered users! This is a huge milestone for our community and we are so happy to see the number still growing so quickly every day. We strive to provide the best possible custom zombies community experience and we hope everyone is enjoying this website. Very soon we will be (finally) releasing a full redesign of the website to make it way more functional, usable, and also look more sleek and modern. We look forward to releasing it to you and getting your valuable feedback.

We hope everyone is having a great year so far and we are excited for the future.
Thank you -

PS: We wanted to do a contest giveaway for this milestone but we weren't able to secure a sponsership quickly enough - we will continue trying to prepare something for the 500,000 member announcement coming soon.
938 days ago

Hello everyone, and happy 2017

Hope you are having a great new year thusfar. It's been a while since we've checked in to see how we're all doing. Yes, we're still alive and paying attention

Also, a warm welcome to anyone who's new around here and hasn't been with us for very long! If you'd like to learn more about the history of UGX-Mods you can read about it below.

How are we doing? What's planned?
I'd like to get an idea of how UGX-Mods is doing... how well are we serving our purpose for you?

You might ask "what is UGX-Mods planning for 2017?" - great question. We want to finish the following projects:
This is obviously a lot of work. Most of it also relies on the free time of our main developer Alexander 'Delta' Diller, who has a lot on his plate already. If you or anyone you know have lot of C++ or web development/server experience (frontend or backend) please let us know because we are looking for help. Please note this is way more advanced than the average website development, we dont need someone who just knows HTML and CSS. Also as a reminder we have other positions we are looking to fill, which you can find on our Careers page.

A Brief History
Our vision
We want to deliver the Ultimate Gaming Experience to everyone!
Besides producing high quality content, we ensure that the community can also create this amount of quality by delivering tools tutorials and help.
We try to constantly improve ourself and listen carefully to feedback from our fans. 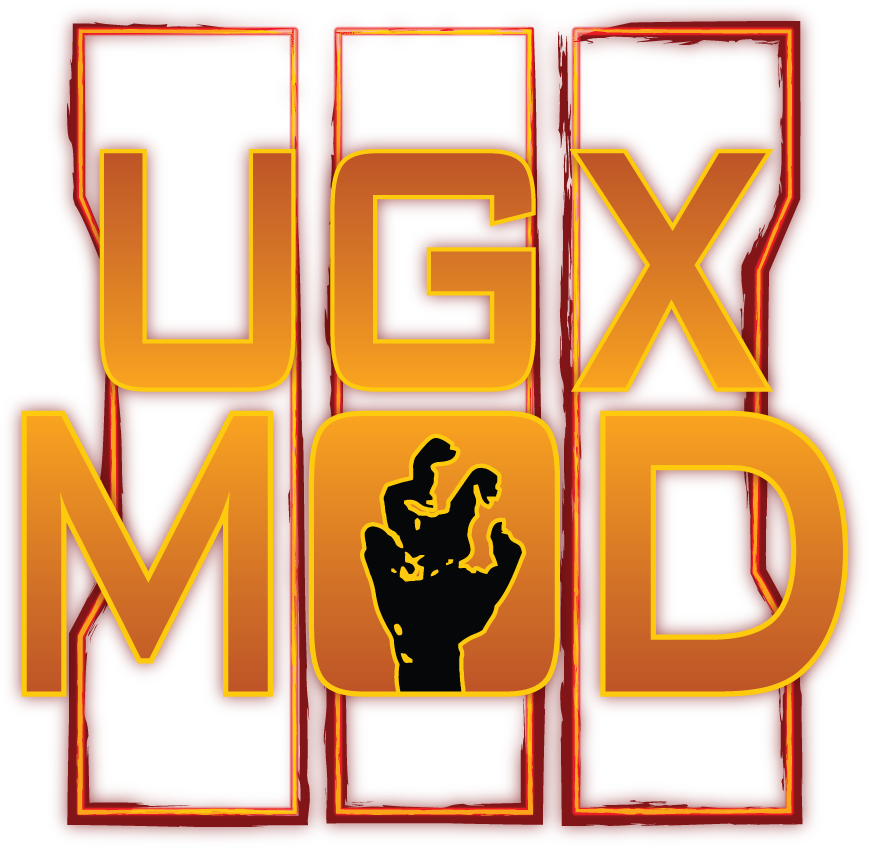 UGX Mod BO3 Edition v0.1.2 alpha
Happy Halloween! It's time for the first public alpha release of UGX Mod for Black Ops 3.
This release contains the community favorite gamemodes from UGX Mod v1.1
UGX Azrael
UGX Mod BO3 has been released simultaneously with UGX Azrael, our first map released for Black Ops 3!
You can find UGX Azrael here (http://ugx-mods.com/forum/index.php/topic,13783.0.html).
Other Map Compatibility
UGX Mod BO3 is compatible with 99% of custom maps with (no installation necessary by the mapper).
This means you can download any map from the Steam Workshop and use UGX Mod with it right away!
UGX Mod BO3 is also fully compatible with Treyarch's DLC Maps.
It was extensively tested on Shadows of Evil but should work fine for all maps.
Features
Timed Gameplay (available in all gamemodes)
Gungame
CHAOS Mode
Sharpshooter
(more coming soon!)
Download/Installation
You can find UGX Mod BO3 on the Steam Workshop.
Bug Reporting
For now, if you find a bug with UGX Mod BO3 please report it to this thread and we will continually update the Workshop release with fixes as we go. 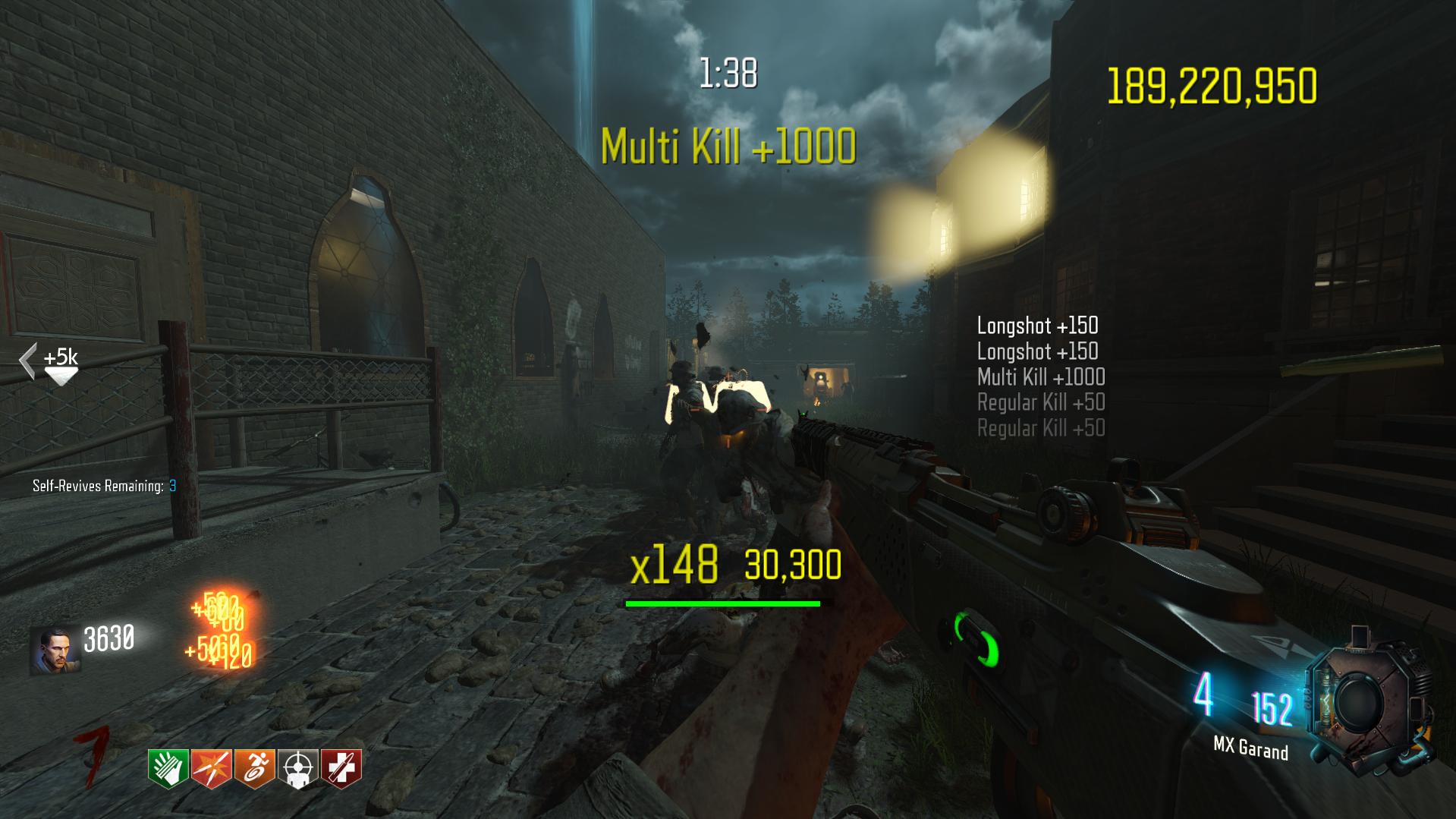 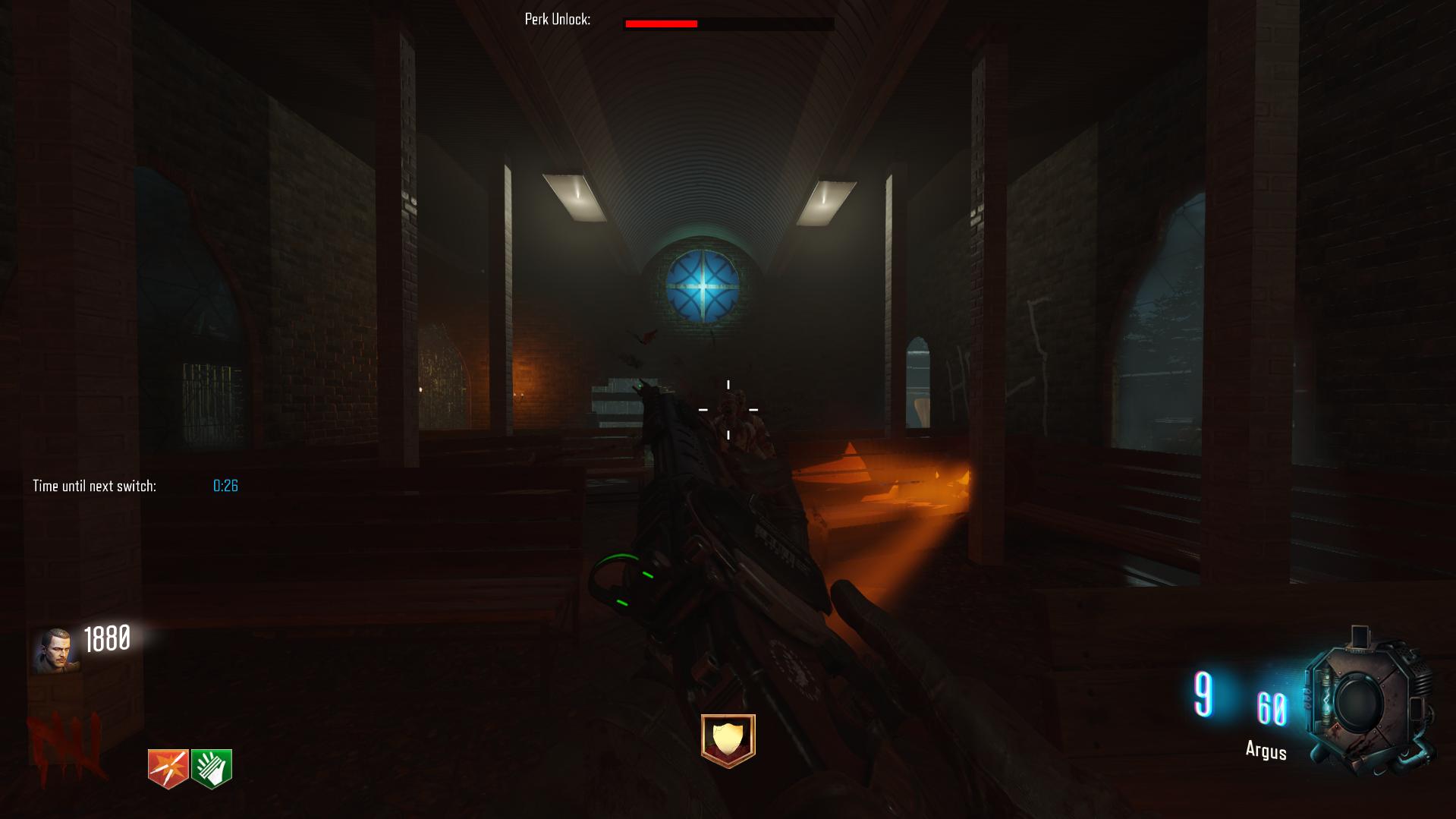 You can find the script on our wiki here: https://confluence.ugx-mods.com/display/UGXMODS/BO3+%7C+Adding+Buyable+Ending+to+Zombiemode
1272 days ago

You can find the tutorial on our wiki! https://confluence.ugx-mods.com/display/UGXMODS/BO3+%7C+Adding+Timed+Gameplay+to+Zombiemode
1274 days ago

UGX Mod BO3 Edition
We're starting development of UGX Mod adapted for BO3. Right now the features list is unclear because BO3 is so different from WaW, a lot of things we did in UGX Mod v1.1 aren't possible anymore and some stuff that was previously impossible is possible now, so don't expect an exact port of UGX Mod v1.1 into BO3.

Currently I've been working on getting Gungame and CHOAS Mode working in BO3, which you saw early versions of on our YouTube Channel:


Just recently I've been trying to implement Timed Gameplay but it's difficult since editing most of the core ZM scripts is impossible right now, due to the fact that 3arc gave us OLD scripts that DON'T COMPILE

I'll update this thread continuously when progress is made on anything related to the mod.

We decided that rather than start immediately working on a Christmas map that we can't release to you guys until some time in December, we'd try to hit Halloween with our first map release. I'm not really sure what direction this map will take yet but it's going to be loosely graveyard themed for Halloween. The map may contain some elements from UGX Mod, I'm not sure yet. Still trying to figure out a way to do a gamemode selection nicely without any  menufile support from 3arc and trying to work with the broken ZM scripts they gave us. Right now the mapping is being done by myself and HitmanVere. 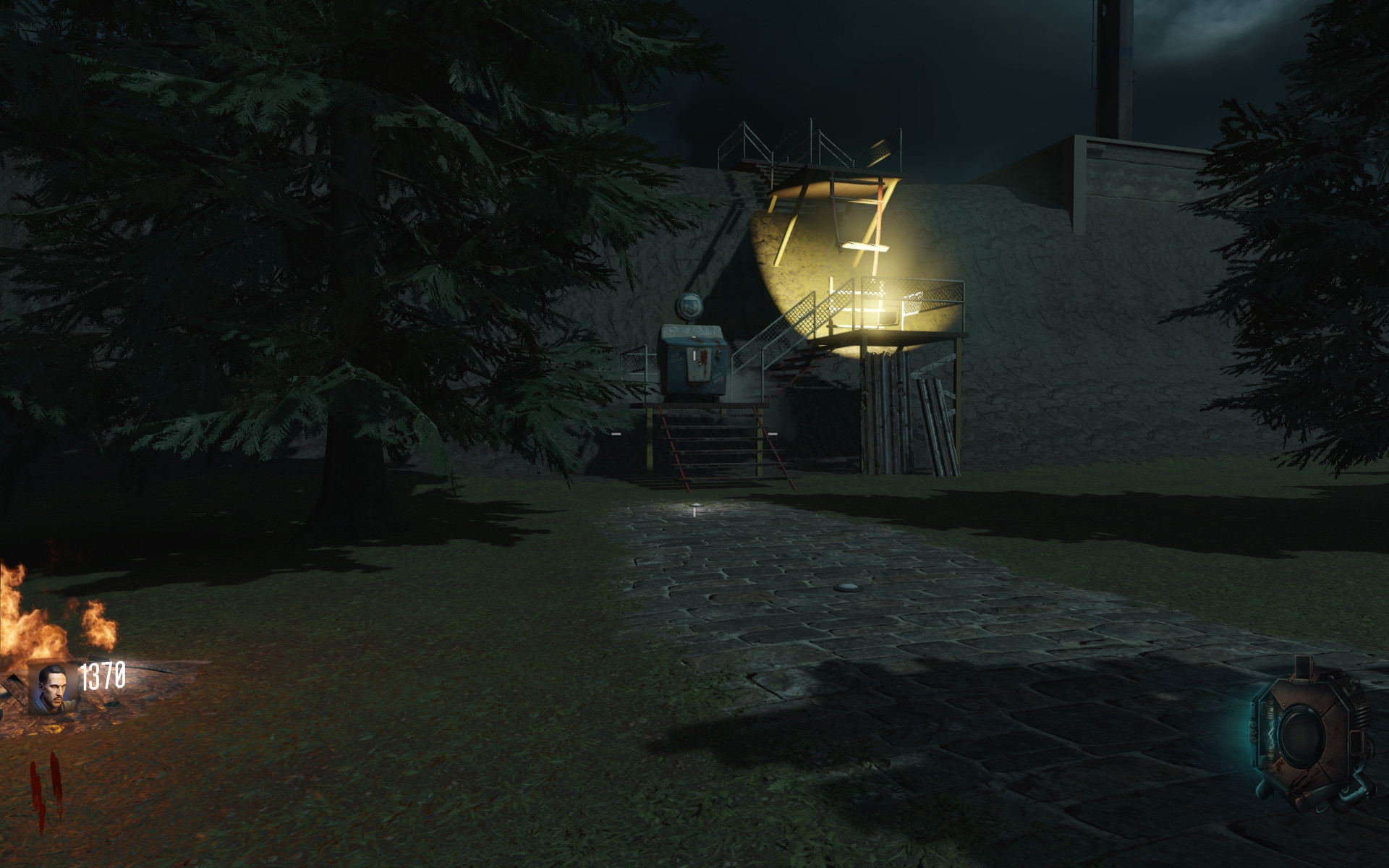 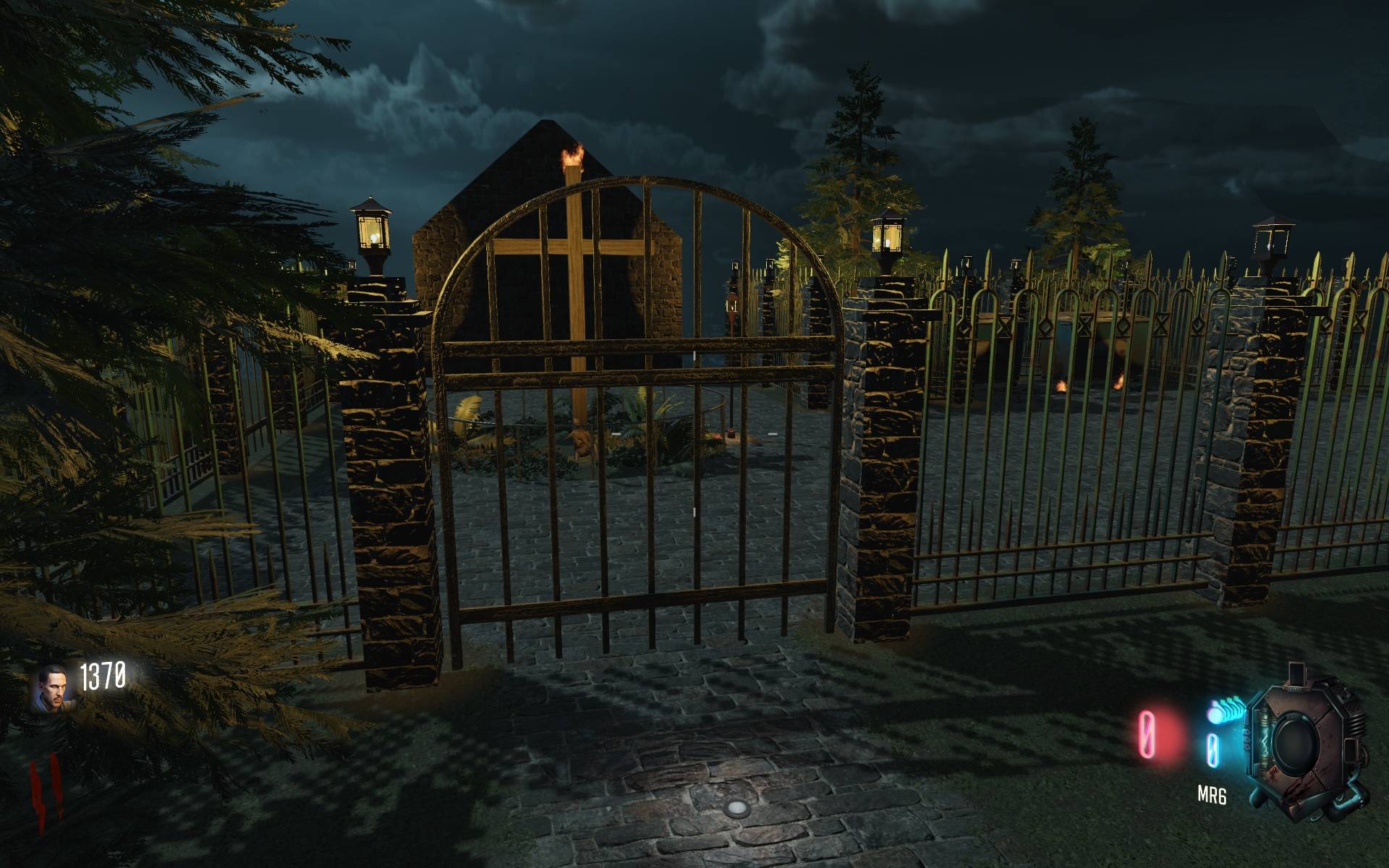 Need Help with Scripting? Check our Wiki for Tutorials first!

We offer tutorials on a variety of BO3-specific scripting subjects such as what's changed from WaW to BO3, how to play animations from script, and more!

Need Help with Modding? Check our Wiki for Tutorials first!

We offer tutorials on a variety of modding subjects such as asset conversion and importing custom models, textures, and more!

Need Help with Mapping? Check our Wiki for Tutorials first!

We offer tutorials on setting up your map as well as fixing some common issues like dying as soon as you spawn into your map.

To avoid spam and make this board a better place for all mappers, we've got a few basic minimum requirements for a release topic about your map:


To help give you an idea of what a good release thread looks like, here is an example:
http://ugx-mods.com/forum/index.php?topic=413.0
1287 days ago

To avoid spam and make this board a better place for all mappers, we've got a few basic minimum requirements for a WIP topic about your project:


To help give you an idea of what a good work-in-progress thread looks like, here is an example:
http://ugx-mods.com/forum/index.php?topic=14.0
1287 days ago

JBird632 is no longer part of UGX 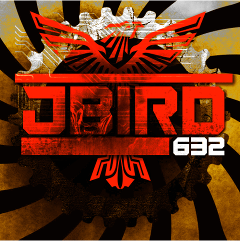 Unfortunately our primary documentation writer and mapper JBird632 has left the team due to a lack of time in his schedule for an unknown amount of time. Thank you JBird632 for all of your contributions

As such, we are now in need of a replacement documentation writer and/or mapper.

For those of you who would like to apply for a position at UGX, you may apply here: (or click on the "Careers" tab at the top)
https://confluence.ugx-mods.com/pages/viewpage.action?pageId=7176208
1290 days ago

Enabling/Disabling Dogs + Fixing the infinite dog rounds in the beta

In the current version of the BO3 Modtools (Beta), dog spawners are missing from the test map but are not disabled in the scripts by default. This causes you to get stuck on an infinite dog round when you play your map. You can fix this by adding dog spawners or disabling dogs in your map file. Treyarch also did not include a dog spawner prefab with the tools at this time, so you would normally have to grab stuff from The Giant mapfile.

If you want to add dog spawners to your map or disable them, check out the wiki page: https://confluence.ugx-mods.com/display/UGXMODS/BO3+%7C+Adding+Dog+Spawners+or+Disabling+Dog+Rounds
1290 days ago
1
2 3 ... 20 ❱