Created 2546 days ago
by tomikaze 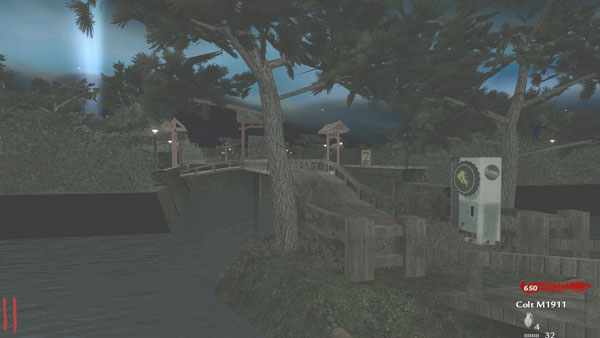 Oldie was made by the mapper A-Grand who has brought us other maps such as the Kino der Toten remake, Shinra Ops and Moon to name just a few.

Setting: This map takes place in a fanciful setting with a very distinct Asian influence to it. The map consist almost entirely of narrow pathways built of cobblestone with barriers every so often that you must open to get to the next section of map leading to a cottage, a teleporter and PAP if you can find it.

Positives: The map looks really well done with beautiful scenery everywhere you look. There are some REALLY good camping areas, if that is your thing, making it almost impossible to die if play it correctly. As with all A-Grand maps the gun sounds are beastly which even makes shooting the standard WAW weapons tolerable again. He added Staminup to the map as well as a handful of custom weapons in the mystery box.

Negatives: There isn't much to do and once you complete the simple amount of exploration that there is you may be left wondering why there wasn't more. Being one of the first maps he ever made the layout is pretty simple and unless you just LOVE camping you may get bored shortly after opening the entire map up. There also is no buyable ending and not may custom features.

Conclusion: To be fair, it is a good effort considering how new to mapping he was when he made it and certainly better than most mapping efforts period. It looks really good and plays well enough that you should give it at least one playthrough and then judge for yourself if you wanna come back to it again.