Created 2386 days ago
by treminaor 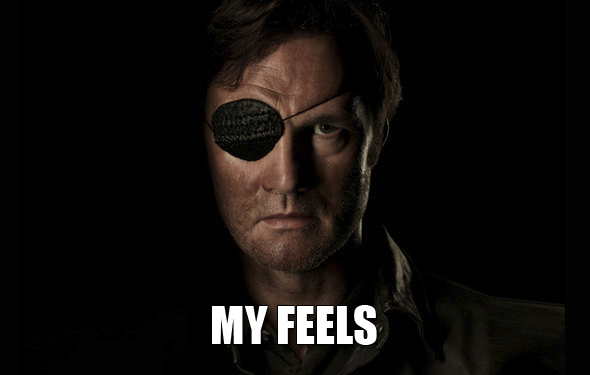 Well this was interesting. I ended Season 3 with an intense disgust and hatred for The Governor, but after this episode we've seen both sides of him. On one hand you have someone who truely longs for his family and the life before "zombies", and on the other you have a guy who became mad with power and did some things he may or may not regret.

No matter what you think of him, he did some really nice stuff for that family he found in the apartment building and his intentions are in the right place.

However as we saw in the foreshadowing ending scene of S04E05, he still is hellbent on returning to the prison. I wonder what will become of his quasi-family between then and now?

dust103194MrZ0mbiesFanatic
It felt weird seeing him act nice and help that family, feels weird to say but i kind of miss that power driven pyschopath we saw at the end of season 3.

Eh?
[You are not allowed to view external links. Register or Login to see them]
(Click to enter portfolio)
×
SajeOne's Groups
SajeOne's Contact & Social LinksSajeOneSajeOneSajeOneseoePortfolio
Quote from: treminaor on November 18, 2013, 05:01:50 am

And on the other you have a guy who open fired into a bunch of civilians.