Created 4 years ago
by TheGhostZone

https://www.youtube.com/channel/UCu6DrY1b3Y_JBZyLdX_dppQ?view_as=subscriber
(This is the beta version)

It has a ton of features in it that I will explain,

The feature being the drop in Health that George now has, his overall health is reduced to that of a napalm Zombie. The perks are easily obtainable in this version of the mod which I call (Easy). The easy mod is for girls only where Georges health is completely dropped. Now they can beat George easily and obtain all the perks and kill the shit ton of zombies I added to the latest roster.

Instead of the casual style solo has to offer I beefed up somethings in general that make the mod entirely more challenging than any other mod or game out there now. In the easy version this part of the mod is still working. That is why it will be called (Easy George) when released.

Instead of your casual style of 6 round 1, 14 round 2, 46 round 13 and such the game is now set to spawn a shit ton more zombies even on easy mode. In the latest video you see way more zombies hyper than normal and more zombies spawn. This was added to give the game a much more funner experience sense people said originally that they'd enjoy the zombies instead of George.

(This is the current version)

The down side of all versions though is that if you keep stealing perks from George the game is set to make it harder and harder. The main goal to get Samantha off your back is to play trick or treat. Once you obtain all 8 perks let George hyper the zombies and use the wunder waffe do not kill him. The more you cheat the more she'll try to take your perks away. By round 31 I don't think any non expert player can handle the sheer size of zombies. I'll let you decide when it is released. [/size][/b]

The mod also features Pack a Punched guns inside the box so you get to have most PAP'd guns even on round 4 if you can get far enough without dying to early. Even on level 3 if you don't have that Lucky Jug, Me and Samantha made it hard for you to survive.

Samantha can also steal perks if she finds out you've been cheating her game. Don't trick Samantha. George will keep prompting that your cheating and eventually she'll either start sending more zombies or stealing perks by getting cornered  or tricking you. 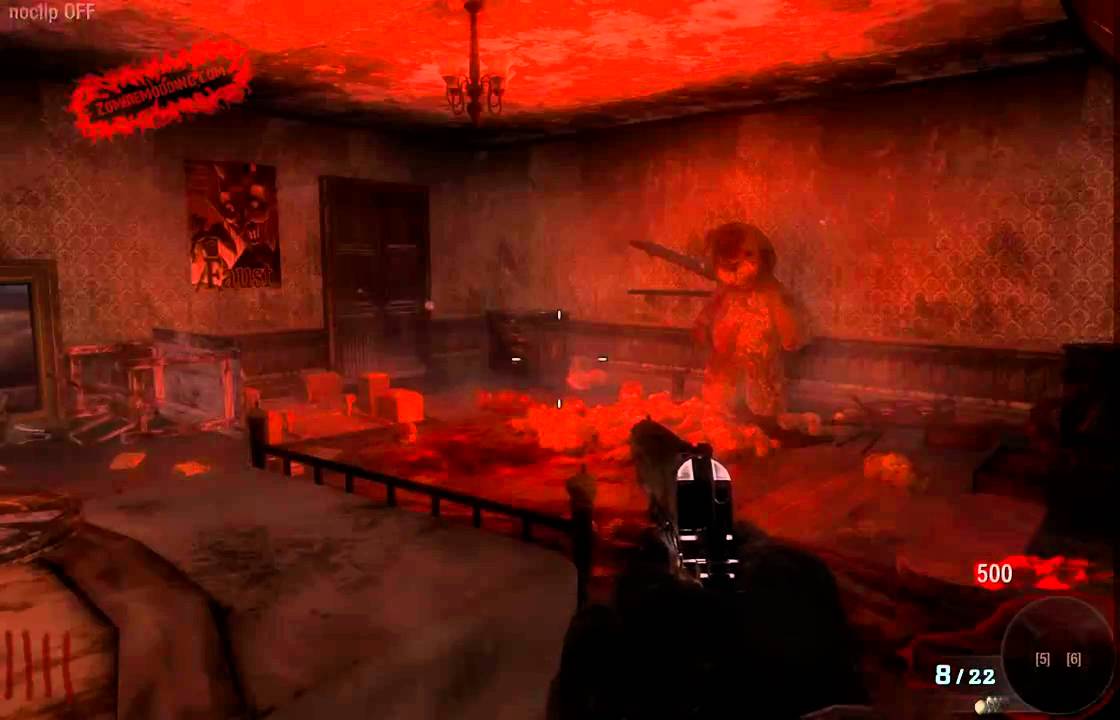 The hyper zombies are literally unstoppable if you don't at least have Mustang and Sally or another PAP'd powerful weapon. 10 to 14 out of 24 zombies can be hyper at any type on any round now.

The hard version of the mod is called (Difficulty-Hard George). Georges health is a lot more beefed up than before. He takes a lot more damage to get a perk now this is for us Men. The same amount of zombies spawn the only difference is the increase in health.

Now the veteran version is only for elites. Georges health is near normal and is a hell of a lot of harder to beat. Their will be a further increase in zombies than before making it one of the hardest mods out there. Getting to round 12 in this type of mod will literally be impossible unless you have the skill to survive against this type of onslaught.
This part of the mod is called (Veteran George). The elite only.

Mrauksia
When release?
Loading ...
New version available!
All running pages of UGX-Mods need to be reloaded for your best experience. Be sure that you finish all your work before updating!