Created 2416 days ago
by tomikaze 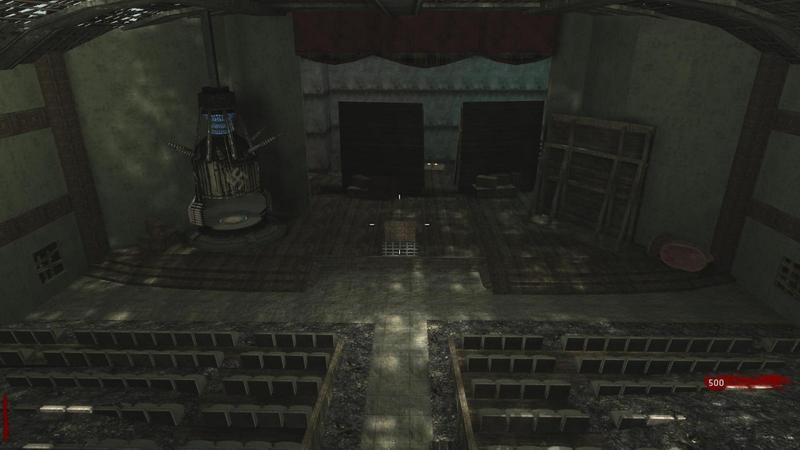 This Kino der Toten remake was made possible by the mad-scientist mapper A-Grand and cuz no one has had the stones to take on the challenge...until now.

Setting: The most feared German cinema, the Theater of the Dead. The most ruthless bloody movie watching experience since Saving Private Ryan made us puke up our skittles at Normandy. It's got the Kino layout but with the gritty custom zombie edge to it.

Positives: It's a remake of Kino which means that I almost feel compelled to give it a 40/40 just for that alone. It does maintain a similar look and feel to the Treyarch version with a few changes here and there. The UGX Mod was a welcome addition and gives it an old meets new feeling to it. If you were looking to play Kino with a new weapon set and game modes you came to the right place. No toxic crawlers.

Negatives: The teleporters don't work the way they should and by that I mean that when you teleport up to the PAP all the zombie run back to spawn, so as soon as you teleport back there is a very high probability that you will get downed. The secret is that if you want to teleport do it at the end of a round when you just have a crawler that way you are safe when teleporting back to the spawn room. There is also a zoning issue on the map so you can only open the upstairs area from spawn because the downstairs is blocked off. There are also no fire, electric or gun turret traps on the map which just means you will be doing ALL of the killing yourself.

Conclusion: I'm just so fired up that this remake was even made and that it works pretty well. Aside from the teleporter issue nothing really bothers me that much and while it would be nice to see some more of the original features added to the map it's still a lot of fun that you shouldn't miss out on.