[Spoiler] S05E09 "What Happened and Whats Going On" 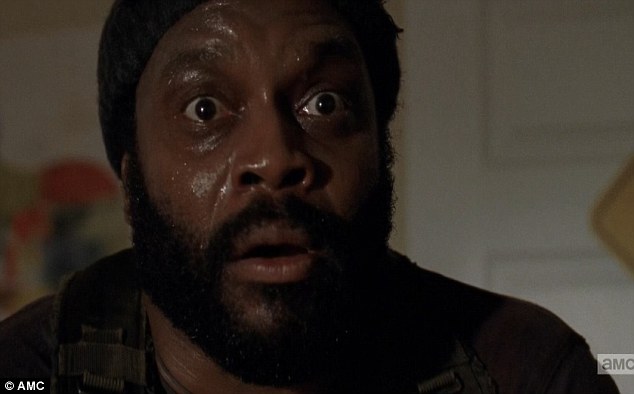 So in this episode we got to see the death of Tyreese. This is also the longest death experience anyone on the show has ever had. Tyreese got bitten towards the mid point of the episode, but he didn't actually die until the very end of the episode.

At the beginning of the episode, they are obviously still dealing with the loss of Beth. Noah mentions that he had a home, outside of Richmond, Virginia. He also said that Beth wanted to get him back home once they made it out of the hospital. So once Rick finds that out, he talks the rest of the group into going to Virginia, as a way to honor Beth.

They luckily are not on the road the entire episode, because the next scene shows them arriving at Noahs home, which is called Wiltshire estates. Noah also mentions that he lost his Dad after all this went down, but he assumes his Mother and his twin brother is still alive. Once they climb over the gate, they realize that the entire place has been destroyed. Noah starts crying his eyes out, and Tyreese is the one to calm him down. Tyreese offers to take Noah to the house where he stayed in.

When they arrived, Tyreese went into Noahs bedroom, and thats when Noahs reanimated brother comes and bites him on the arm. When that happened, I thought he was going to die straight away, but he doesn't.

What ends up happening is, he starts hallucinating, and seeing dead people who had an impact on his life. He saw, Martin, Bob, Lizzie, Mika, Beth, and even the Governor, which really surprised me. Beth, Lizzie and Mika are welcoming Tyreese home, but the Governor and Martin, since they were so evil, are saying that this is all Tyreeses fault. Martin basically keeps saying that if Tyreese killed him in the season 5 premiere, none of this would have happened. Bob would still be alive, Gareth would still be alive tracking Rick and his group, Beth would have been alive(which I don't see how that could have stopped Beth from dying seeing how Beth was with a completely different group). The governor also keeps telling him that Tyreese should have never trusted him.

So this goes on for a good while, finally Rick and the group come to rescue Tyreese, but after all the blood loss it is already too late, they chop his arm off instead and they try to carry him outside and back to the car. They start driving away but after a few minutes, they stop and bring Tyreese out, which we then see that Tyreese had already died. I was hoping we would have at least seen Karen as a vision before Tyreese died, but we didn't.

Also Michonne talks the group into going to Washington, even though she knows Eugene lied, she still thinks that Washington holds the best chance for survival. So next week, I assume we will see them traveling to Washington. Michonne does mention that they are 100 miles away, so it shouldn't take them an entire episode to make it to Washington.

All in all, this was a good episode, it was a bit creepy seeing all the dead people as visions. Especially Beth, I am still not over her death, and for you to bring her back in the next episode just wasn't cool