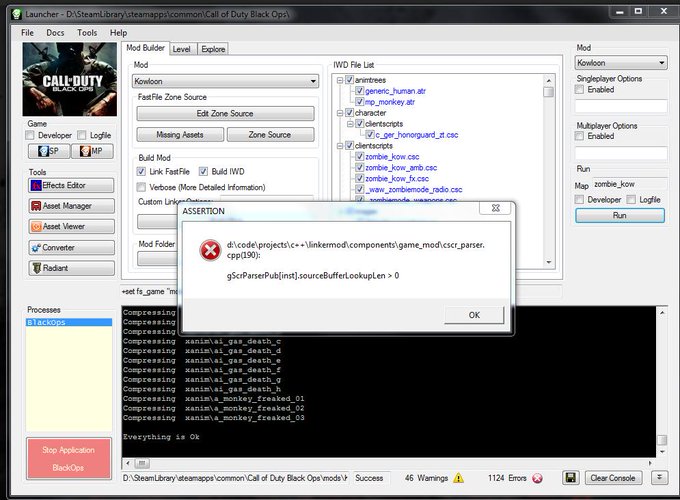 Long Story Short, happens ingame randomly sometimes on Kowloon, how do I fix it? Sometimes I can't even get pass the loading screen and it happens.
318 days ago

Ok let me do a little explaining, coz this goes to some lengths to fully understand what these two horrible individuals did to me yesterday / this morning

My wife has sadly decided she wants to divorce me, and sell our house - this has literally crushed me

One of the main huge reasons as to why is how much time I spend on this site / chat / Skype assisting people with their maps and problems - don't get me wrong I fully understand that and am doing everything humanly possible to try to sort this out, which is emotionally straining on us both already

Well anyway, so last night, I was feeling "a little" better so decided to come talk to people in chat, people like uk viiper, Nate and lilrifa have ( and more ) have been infinitely helpful and caring in the past, and I used to think of this community as a kind of "second family"

I asked them to stop, this has been a issue with them for longer than I can remember now, I asked nicely but gun ( the always innocent victim he is ) didn't like being told to just "no longer" continue spamming, same for Cowman

Eventually after gun won't listen I mute him for ten minutes

Most who know me, know I rarely touched the admin buttons if ever, and only did really when stupid children refused to even attempt to listen to reason

Gun then messages trem, and rolon - and others going on about how I'm a cunt etc etc

Mute expires so he comes back in chat

He scrolls up to my chat with viiper and takes a GIF of the whole quite frankly emotional chat we were having, posts it back in chat - to trem and god knows where else

Now - I understand the internet isn't always the safest place, but these guys in my eyes were my friends and this was my means to contact them - I needed them

Now I don't believe for a second him being German means he couldn't see the obvious typo between a u and a y ( beside each other on the keyboard ) and as usual was just trying to push and push, I mute him for 60 minutes - cow continues being a pain

Gun complains to trem, he rightfully confronts me. I explained as much as I am emotional, it's these guys COMPLETE disregard for following simple rules or just "stopping" their petty petty behaviour once they are asked - they have absolutely no respect for this site or anyone on it - this is fact

I spoke with trem and requested to step down, had enough of the complete disrespect some people choose to show again and again. So now, no longer a mod, no longer can do anything to them ever again. In my eyes, any "civilised" human being would have stopped there... But no...

Within minutes I start getting calls and messages via Skype asking me for age sex gender, do I wanna hook up, do I fancy a gay meet etc

This continues non stop all through the night, repeatedly waking me up so I got like two hours sleep ( I keep my phone and Skype on incase of emergencies )

I'm living on the sofa right now, don't exactly have a private place - I awake in the morning, my wife is just getting up and is in the kitchen - beside my phone which keeps ringing with names like "mr big boy" "just wanna fuck" etc flashing up on my phone

This is not the first time they have done this, chroma has had it from them, so has Stevie, and several others

I no longer feel ugx is a "second family" now - I used to help ANYONE that asked, and worked tirelessly to provide content for everyone to enjoy. But thanks to this guy and his "need" to say "deer" on fucking repeat 100 times a day despite FULL WELL KNOWING what he's doing and cows similar insistence to say things like "wins" or claim we are saying bad things about tombmx - when in reality no one had even mentioned him - I have decided to completely leave this community

I had hoped to step back up and continue to do these cool things when the time was right, but knowing that people will take full advantage of this site to actively try and nearly succeed in completely ruining people's lives, I have now decided I need to go - for good

Id like to thank everyone who has been kind to me here, your next to all I had, and something I had hoped to keep during these troubled times, but I can't explain the feeling of complete sickness I've had today trying to sort out my current issues and somehow make sure my wife doesn't see the utter filth that has been popping up on my phone

I love you all, continue doing the great work you do. Trem and the team - your amazing people and I wish you all the best in the future

Cow and gun? Honestly I would never have said this about anyone, but I genuinely hope you end up one day pissing off the wrong person and end up being dragged out the bottom of a fucking canal - you honestly fucking deserve it

Woah man I thought this all ended, Sorry see you leave

, But I simply did not understand what pysh means and i asked a question- I also asked whats all the messages were about as I did not understand. If you have personal problems try seek real life help like I did. Hope accept my apology.
1532 days ago

Re: What boss would you like to see in BO3?

I want a boss that wears some jeans and has a shaved head, Also has some jacuzzi tubes around his arm and a hardhat


How about a new george boss

Got updates coming soon, I just got a error that i need some help fixing

Done by SE2Dev.
(this is for real guys, despite the fact that the vid was uploaded on april fools :> )

Yep, i remember se2 starting this +1 years ago, its been cool ride watch, still few bugs he got fix with csvs and missing sounds, but its almost done

idk, try and tell us

find in zombiemode.gsc the intermission() line, there is a time to change i think its 20 seconds or 17

Gun, are you still working on that Cyborg zombies mod for World at War?

But heres the rounds sounds for the map!!!! Detailing atm and going start doing features, map should be done soon

Comments/Suggestions appreciated! Thanks
~Gun
1578 days ago

Does anyone here know how I can make the outro when you or gameover longer? It cuts really short and I want them to hear the full gameover song and make them feel miserable

Re: Town Of The Dead (Remapped)

Damn! What bear models you got?

, I got that one win bear model, Also Hurley, Cant wait see some more progress, its looking wins! U forgot gears btw in the credits

Re: Town Of The Dead (Remapped)

Little update on the map

Also can anyone tell me which map this picture reminds you of?

Duel Wields thanks to OffTheWall

WINS! This map so win

, My i ask is there any my favorite Dead rising 3 models, like a bear?

I know that youtuber! Doktorvoid LMAO
1583 days ago

As Long As the Titus is in there and a HVK-30 Wallbuy, Im In!

) Have beta requests, going need some testers soon, ill be updating this thread soon too, need some opinions on map current state

Looks good gun keep up the good work on the map

Make sure to work on both mapping and weapons 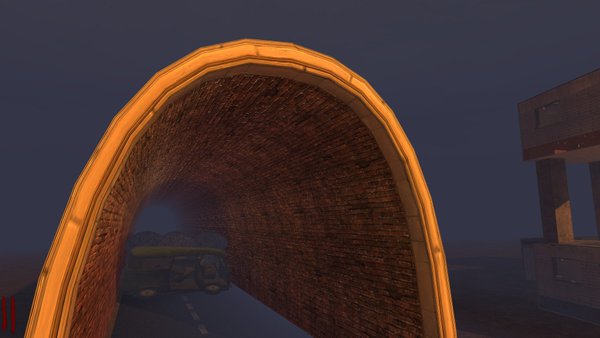 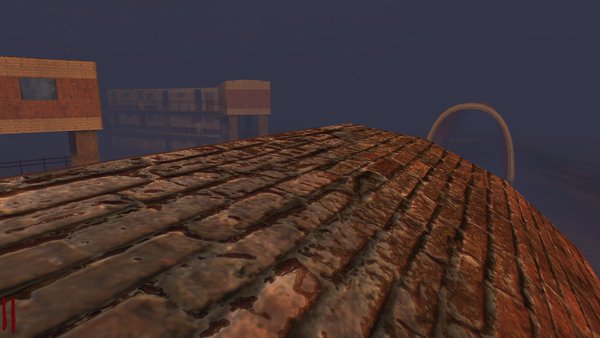 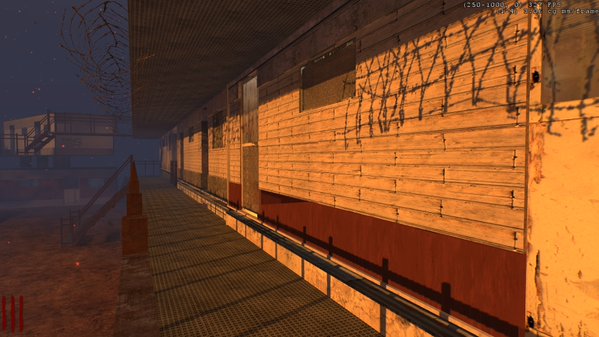 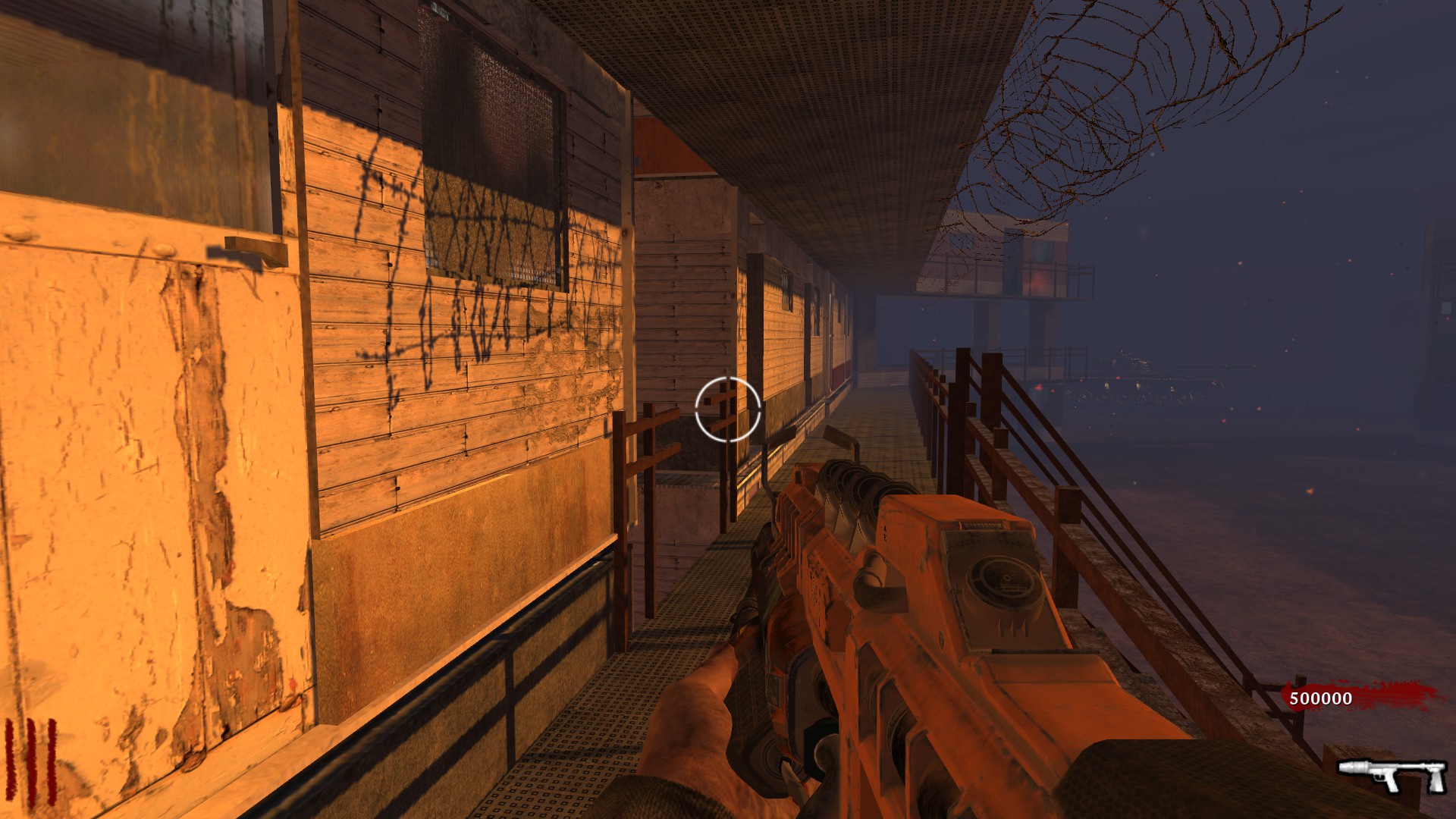 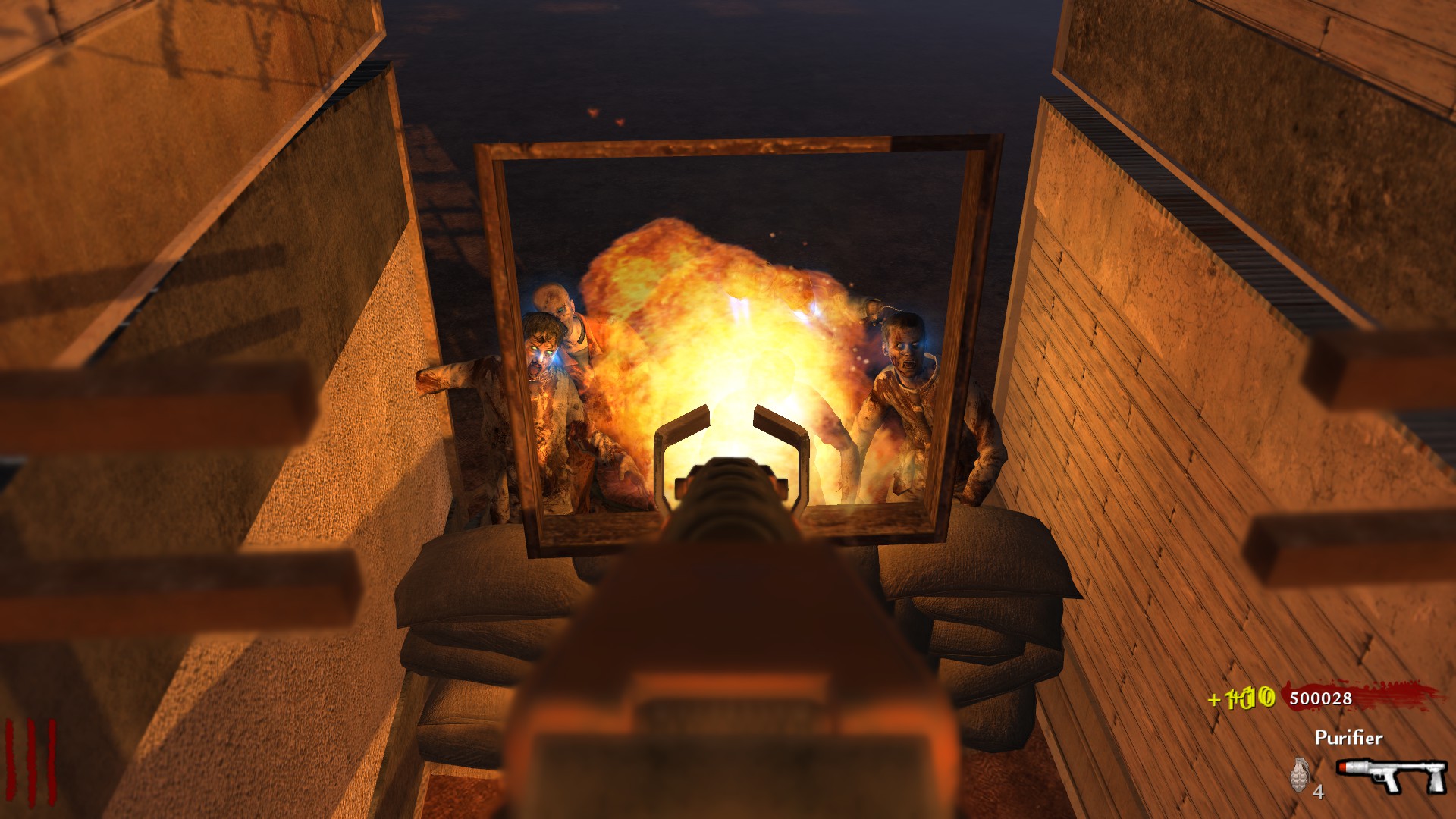 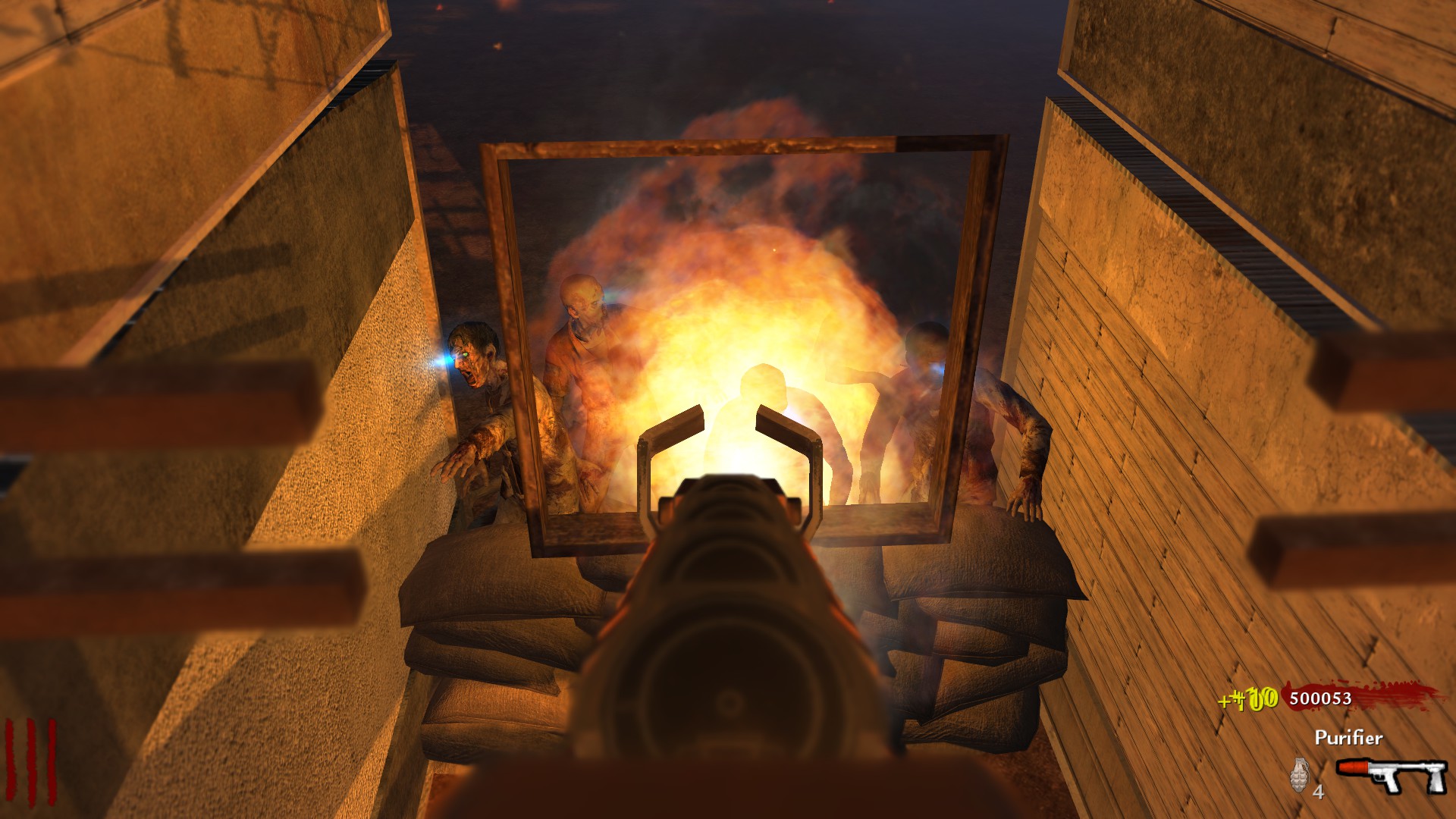 As see, added some bo3 weapons too, alot suprises in the map, The layout is 100% done, just detailing then some testing then release!!!!

I will also update main OP,

Re: Town of the dead (Remapped)

So happy your back cow!

Keep up great work on the map! it look like wins!