It's random when people come i;, some nights it's empty, other times there are quite a few whether playing games or modding.
1441 days ago

Re: What are you sick to death of?

I'd have to say modding in general. Not that it has driven me crazy (although some may beg to differ), but just the fact that it has gotten in the way of so many more important things that I should be focusing on, such as school work and spending time with family. Instead I just load up Launcher and work on whatever it may be for the whole day, then at night remember I had something I had to do and regret wasting my time. Simply a constant cycle I've been in at least for the past year.
1480 days ago

If the ranger can have both of its barrels fired at once, then I'm sold

Nice work Rollon (and the rest of you lot)
BTW, I noticed that the Model 1887's have extra shell ejects

At the moment the Ranger doesn't have that ability, but I remember being told that it should be possible. As for the M1887's, I realized that I forgot to fix that after uploading the video >.>
1548 days ago

Your camos turned out a lot nicer than the 'Dark Matter' attempt you tried in BO1.

Agreed. I never did figure out a way to get it working in the end and much preferred the way this one came out thanks to BO1's special material settings.
1548 days ago

So far I've been working on the first set of weapons along with a modification to the Pack-a-Punch machine that allows for a camo system similar to Der Eisendrache where a random camo is given upon upgrade.

Currently complete and near finished weapons are:


This was an extra video I did showcasing the successful port of the dual wield version of the Model 1887's.
1548 days ago

didnt veruct on waw have the breakable glass?

It wasn't actual glass breaking, it was (according to him) a model swap + fx, unlike how it is in Ascension.
1558 days ago

The modified tools are still under development as there are various issues to be resolved (mainly to do with compiling), but the they work for the most part. The Radiant that is being used to develop maps is simply WaW's Radiant, but it has been modified to load BO1's assets.

As for benefits, BO1 can handle a bit more when it comes to the engine, zombies aren't as annoying (grabbing for example), proper dual wielding, improved melee system, being able to move while downed (and many other improvements gameplay-wise that BO1 had), and according to SE2Dev: increased asset limits, HDR lighting, and real destructible glass.
1558 days ago

Re: Things you'd like to do with Bo3 Mod Tools

1) Replace Thrasher with Shrek
2) Replace Margwa with Thomas the Tank Engine
3) Dual Wield Ray Guns (maybe properly with different anims...)
4) Be lazy and not do anything
1574 days ago 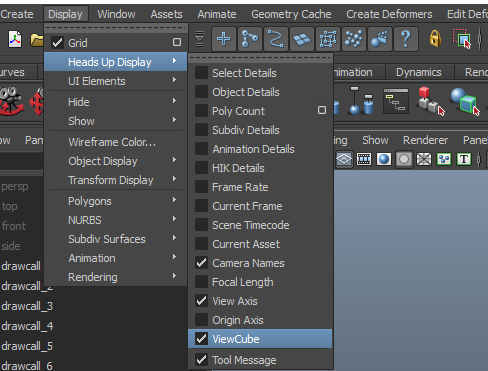 Could probably have a duplicate of the mesh underneath the parts with the camo with the regular gun image or something to prevent it from showing.
1640 days ago

Since I'm building a new comp, parents wanted to contribute as a Christmas gift so I managed to get the case (Rosewill Redbone), motherboard (ASUS H170 PRO-CSM), and hard drive (WD Blue Desktop 1TB). Had the new power supply for awhile in my current comp since I can't play BO3 with my old one (from what I can tell old one wasn't pushing enough power and would shut down mid-game). Within the next few weeks I'll be getting the last parts (probably i5-6600 or i7-6700 [haven't decided yet] and RAM) to finish the build

Re: Switching To A Weapon Without Transitional Animations

Simply remove the pullout and putaway animations from the weapon file and then set the raisetime/droptime to 0, same thing with the quick/first/empty if used. Pretty much how I replicated CS:GO style of weapons with the weapons always using first raise and no putaway animation.
1686 days ago

It's not usual for Steam for give out the entire game, especially not when BO3 is several games in one, Zombies, Multiplayer etc. Same thing happened for AW. limited offer for trying out AW one weekend. Let's you get a taste of the game, without experiencing everything.

A taste of what, the amazing menu that links the non-playable gamemdoes? I'd sure download 50GB just for that.
1700 days ago

I swear RadAustin and Glitching Queen said that it doesn't do that (and they delve into the code)
I must be wrong.
Sorry but you are not allowed to view spoiler contents.

I looked through the code with Rad and none of the code in any of the scripts even in jump pads is setup to spawn a free perk bottle, at least in the scripts included in the map's .ff and _patch.ff; however, in game after Rad went through a long time of testing it, he managed to get one through the QED. I tried looking through other .ff's to see if there was an updated script that implements the code for a free perk bottle but it's simply a mystery.
1739 days ago
1
2 3 ... 14 ❱